Continue to The Hollywood Reporter SKIP AD
You will be redirected back to your article in seconds
Skip to main content
June 21, 2018 6:45am
Logo text

[This story contains spoilers from the series premiere of Paramount Network’s Yellowstone.]

This seemingly hasn’t been actor Dave Annable’s year. In May, the former 666 Park Avenue star shared with his Instagram followers that his character on CBS’ The Code had been recast after the drama was picked up to series, a post on “failure” that garnered thousands of likes. And on Tuesday, during the series premiere of Paramount Network’s Yellowstone — a sweeping modern Western on co-created, written and directed by Taylor Sheridan (Wind River) — Annable’s Lee Dutton met a sudden death when a rival of his character’s powerful rancher family shoots him in the collarbone.

But Annable, an affable actor with a booming voice, says that any perceived misfortune would be a misinterpretation of the state of his career: His May Instagram garnered more than 5,200 likes and reconnected him with old friends in Hollywood, while Yellowstone — where he plays the heir to the powerful Dutton family — sent him to a four-day “cowboy camp” and gave him the chance to work with co-stars including Kevin Costner, Wes Bentley and Kelly Reilly over the course of several months.

Plus, Annable jokes, he got to play a death wherein “I was laying in Kevin Costner’s groin, and he was like petting my hair and giving me kisses on my forehead and [I was] hearing this beautiful performance.” Tough life.

The Hollywood Reporter caught up with Annable on the event of his Yellowstone character’s death to discuss the scene, his “cowboy camp” experience and the turn his career has taken since his viral post on failure as an actor.

You recently were recast on CBS’ The Code and wrote a lengthy Instagram post about how it helped you learn how to deal with failure. What was your goal in writing something so vulnerable?

You know, I didn’t have a goal. That was my outlet to sort of deal with my biggest fear, of being publicly embarrassed, I guess. You get older, you become a father, I found meditation and Stoic philosophy, and it really got me to a point that I had deal with that in the way that it made me happy. And from probably the worst moment in my career came the best feeling that I’ve had as a man, having all those people come forward and be inspired by it. That was way more rewarding than anything I’d felt before. I still have people talking to me about it, and that’s awesome — that I could turn that failure into something positive for myself.

What was the best advice or outcome that came out of it?

I don’t want to pick favorites, but my email and my phone was flooded and it just felt like a lot of love. That made me feel great, people really reaching out. One of the ones that stood out was this 14-year-old kid who’s an actor, his mom read it to him and [he] was like ‘I’ll remember this in the tough times that I’m going to inevitably run through when I’m an actor.’ That meant the world to me because you do fail; this is 99 percent failure. You go out on auditions and this business is crazy. You just literally have to find a way to learn how to deal with it, to process it and to have a mindset about it.

It was really a positive experience, to be honest, and I had no idea. I was on the phone at Disneyland when I got fired or replaced or whatever and I told my wife right away and I was like, ‘I think I need to talk about it, because this really sucks, this blows.’ And I didn’t want to be a victim, [like] every time I saw somebody [have them] be like, ‘Oh, that’s [the guy] who got fired.’ But I went to a family barbecue the next day, and it was all positive conversations about the post. And I was like, oh, that’s awesome, that worked. 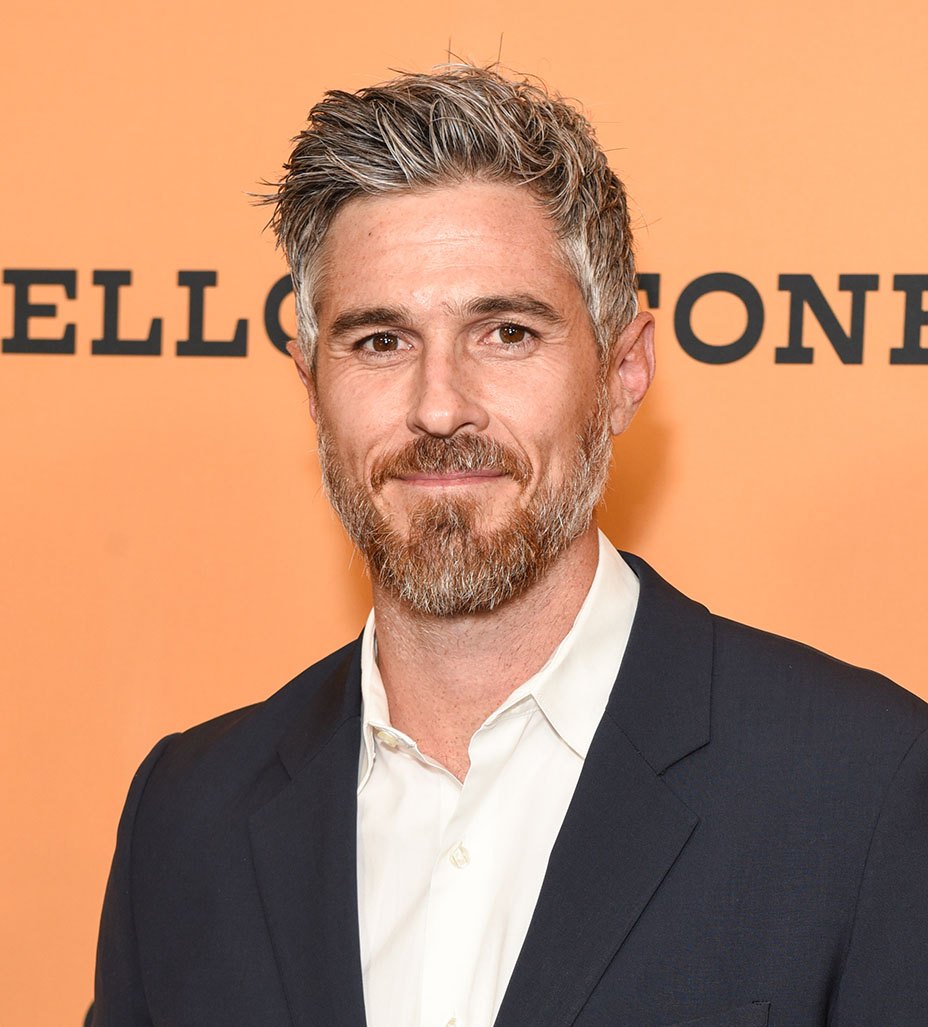 Did some of the lessons you took away from that help you overcome the disappointment of having to die on Yellowstone?

It was funny, Taylor [Sheridan] was another one who reached out to me right after he read the post and was so complimentary. But I picked up the phone and said, ‘If you’re calling to tell me you cut me out of Yellowstone, I’m hanging up right now.’

That was the part of the thing which was great, which was hearing from all the people I’ve worked with in the past and built relationships with. I made a lot of friends over the years, and hearing from everybody was just — I felt blessed, I felt really loved.

How did you get on board with Yellowstone and at what point did you learn that your character would die in the first episode?

It came across from [Yellowstone co-creator, writer and director] Taylor Sheridan. I read the script and fell in love with it, but there was this other thing that I was supposed to do, and I ended up passing, saying the timing wasn’t going to work. And he called back and was like, ‘What are you an idiot? You need to come out here.’ So of course, I listened, and any chance you get to work with Taylor Sheridan and Kevin Costner [is great]. And then I found out I got the part and I was so excited.

I knew my character was going to die right away and I was OK with that. But as we were shooting and practicing and I was at cowboy camp and learned to ride horses and we were in Montana, I thought, there is no way I want to die on this show. It was just one of the best life experiences that I’ve ever had. And to have that on such a high-level project was really special.

It was like my second day of work when I died. I was laying in Kevin Costner’s groin, and he was like petting my hair and giving me kisses on my forehead and [I was] hearing this beautiful performance. And I was like, ‘Holy shit, that’s Kevin Costner right now.’ I was so starstruck. It was really so awesome.

What’s it like to get on set and meet everyone, knowing your interaction is going to be short-lived? Tell me a little bit about that dynamic.

It was really great because I was in the pilot, obviously, but also the lead-up to it. Along with the other actors who play by brothers — Luke Grimes, Wes Bentley, Cole Hauser, Jefferson White, Denim Richards — we were all out at cowboy camp together, so we got to spend four days in the mountains learning how to be cowboys, on horseback, camping. I mean, it was just the greatest bonding experience. We shot the first three episodes in one chunk, so it was actually scattered throughout like three or four months, which was awesome. I had like three or four fake exits where I left: I had this big party to say goodbye, and then they were like, ‘Oh, we forgot to put you in this scene.’ So I went back and had another goodbye party, and at the end they were like, “We get it Dave, you die.”

I started a “Save Dave” campaign up there, which maybe it didn’t get the signatures it needed, but I felt it had some momentum.

So now that your character is, unfortunately, dead, what do you hope his lasting legacy will be on the show?

My wife said something cool, which rang true, which was, I’ll always be a part of Yellowstone. One of my storylines moves forward because of my death, obviously, and it feels like I had the Ned Stark death [on HBO’s Game of Thrones] minus seven episodes of buildup. It was really fun to be a part of it and I always look at things in terms of my life [as a whole], and that will always hold such a special place in my heart. And I really hope just in flashbacks in season two I get to come back and play, because just to get back up on that horse and grow the beard out again would be really fun.

"Failure Is Mandatory": Dave Annable Shares Pain of Being Recast on CBS' 'The Code'