Wells died in Los Angeles of causes related to COVID-19, her publicist announced.

Other than Tina Louise, Wells was the last surviving member of the regular cast of the Sherwood Schwartz-created show, which featured three women and four men marooned on a desert island after their three-hour boat tour off the coast of Honolulu went inexplicably awry.

Airing amid the real-life tumult of the Vietnam War, the Civil Rights movement and unrest on college campuses, viewers welcomed the corny sitcom as wholesome escapism. It earned solid ratings during its 98-episode run from 1964-67 and attracted new fans through decades of syndication.

Louise paid tribute to Wells on Twitter following the news: “I will always remember Dawn’s kindness to me. We shared in creating a cultural landmark that has continued to bring comfort and smiles to people during this difficult time. I hope that people will remember her the way that I do — always with a smile on her face.”

While some of the cast — most notably Louise, who declined to appear in three made-for-TV Gilligan’s Island movies from 1978-82 — expressed dismay over being “typecast,” the angelic Wells embraced the show’s enduring popularity and was grateful to the fans who, for years, sometimes obsessively, expressed their affinity for her and the character she played.

In August 2018, Wells took a fall and revealed that she was having difficulty paying for the two months of hospital rehabilitation that she needed. She said she was flabbergasted when folks raised $197,000 for her in a month after a friend created a GoFundMe page.

“I am amazed at the kindness and affection I have received,” she told Fox News. “I don’t know how this happened. I thought I was taking all the proper steps to ensure my golden years. Now, here I am, no family, no husband, no kids and no money.”

Johnson attempted to explain the allure of Mary Ann Summers in his foreword for What Would Mary Ann Do?: A Guide to Life, the 2014 book that the actress co-wrote with Steve Stinson.

“We love Mary Ann because she is the future, the hope of our world. The youngest of the castaways, Mary Ann has her entire life in front of her,” he wrote. “Watching her unfailing good cheer, her optimism is never in question. We love her because we need her emotional support and her belief that all will turn out well … We love Mary Ann because of Dawn Wells.”

Indeed, Schwartz gave the green-eyed Wells, who was 25 when Gilligan’s Island bowed, more leeway than the other castmembers were granted, even though they had more impressive résumés as established actors.

“Every character on Gilligan’s Island was given a broad ‘stock’ comedy role to fill — captain, mate, wealthy man, wealthy wife, professor, movie star — except me,” Wells wrote in her book. “She was given a name and location — Kansas farm girl. I had to fill in the blanks. So, from the get-go, the Mary Ann character was different. She wasn’t a Hollywood creation. She was molded by me, from me.”

Wells said the “values and principles” of Mary Ann mirrored her own and are timeless: “I know this because the core of Mary Ann is really me. I mean, I built her from scratch … if you play a character long enough on stage or screen, I think your true self shows through.”

“The Mary Ann-Ginger issue is always there. You had to be a real man to understand Ginger, and Mary Ann would’ve gone to the prom with you and been your best friend. A lot of guys would come up to me and say, ‘I married a Mary Ann.’ She had the values.”

Although the feminist movement, the pill and free love were all the rage during the comedy’s original run, Schwartz eschewed sexual tension, but it was clear the Professor was smitten by the pig-tailed Mary Ann while the Skipper preferred the statuesque Ginger. Gilligan, meanwhile, was happiest keeping both squarely in the “friend” camp.

Dawn Elberta Wells was born in Reno, Nevada, on Oct. 18, 1938. Her father was a real estate developer and her mom a homemaker. “My parents divorced when I was four, but I did not grow up in a broken home,” Wells wrote in her book. “I was raised by a very good mother and a great dad.”

She said that in middle school she was chubby with severe acne, braces on her teeth and bad knees, the result of ballet lessons. Nevertheless, Wells noted that she was popular, proof “that the bell of the ball doesn’t have to be a belle.”

She eventually blossomed into the role of a belle, culminating with her being crowned Miss Nevada in 1959 and competing in the 1960 Miss America pageant. That same year she graduated with a degree in theater arts from the University of Washington after initially studying chemistry.

Before she was Mary Ann, the 5-foot-4 Wells had a string of smaller roles on TV shows like Wagon Train, Maverick, 77 Sunset Strip and Bonanza and, after Gilligan’s Island was canceled, she appeared on The Wild Wild West, ALF and other series.

In 1992, she reprised her Mary Ann character on an episode of Baywatch and three years later joined Denver and Louise on the original Roseanne in a scene spoofing Gilligan’s Island.

Wells appeared in about six dozen different stage plays but was less prolific on the big screen, though her star turn in the horror film The Town That Dreaded Sundown (1976), where she played a real-life murder victim, has become a cult classic. She starred in another horror film, Return to Boggy Creek (1977), after playing alongside Denver Pyle and Woody Strode in a 1975 Western, Winterhawk.

Wells also was a journalist for a brief time and hosted the Australian news show Midday, where she interviewed celebrities like Eddie Murphy, Julia Roberts and Tom Hanks.

In 2005, Wells was No. 50 on TV Guide‘s list of the “50 Sexiest Stars of All Time,” right behind John Schneider, Alyssa Milano and David Cassidy, and that year she auctioned off the shorts and green-and-white checkered blouse she often wore on Gilligan’s Island for $20,700.

In the early 2000s, Wells created Wishing Wells Collections, which makes clothes for elderly people with limited mobility. She also was the founder of the nonprofit Idaho Film and Television Institute and active in The Denver Foundation, the charitable organization founded by her fellow castaway before his death in 2005. 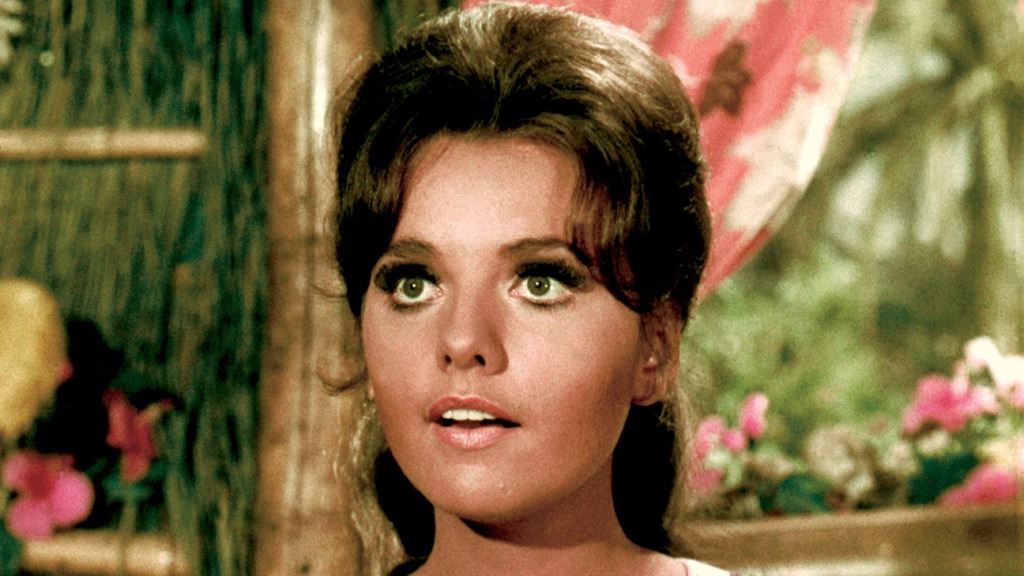 Donations in her name can be made to The Elephant Sanctuary in Hohenwald Tennessee, Terry Lee Wells Nevada Discovery Museum or The Shambala Preserve outside Los Angeles.

“Mary Ann wasn’t just a silly and sweet ingenue,” Wells wrote in her book. “She was bright, fair-minded and reasonable, and I like to think that’s what I brought to her. She was a little more of a Goody Two-shoes than I am.”