Joy Villa made another pro-life statement on a red carpet Sunday night.

The singer stepped out at the Daytime Emmys in Pasadena wearing a long-sleeve gown featuring a white bodice and green skirt that read in white letters: “Pro-life is pro-woman.”

Villa tweeted that the dress was designed by Desi Designs and tagged pro-life organization Save the Storks.

“I wore this dress to make the statement because I wanted to carry the message of life and  empower women,” she told The Hollywood Reporter. “I personally survived a horrible abusive relationship and was faced with an unplanned pregnancy and was pressured to have an abortion but I chose an open adoption instead. I’ve never regretted that decision and I want to share that all women’s lives matter, even the unborn.” 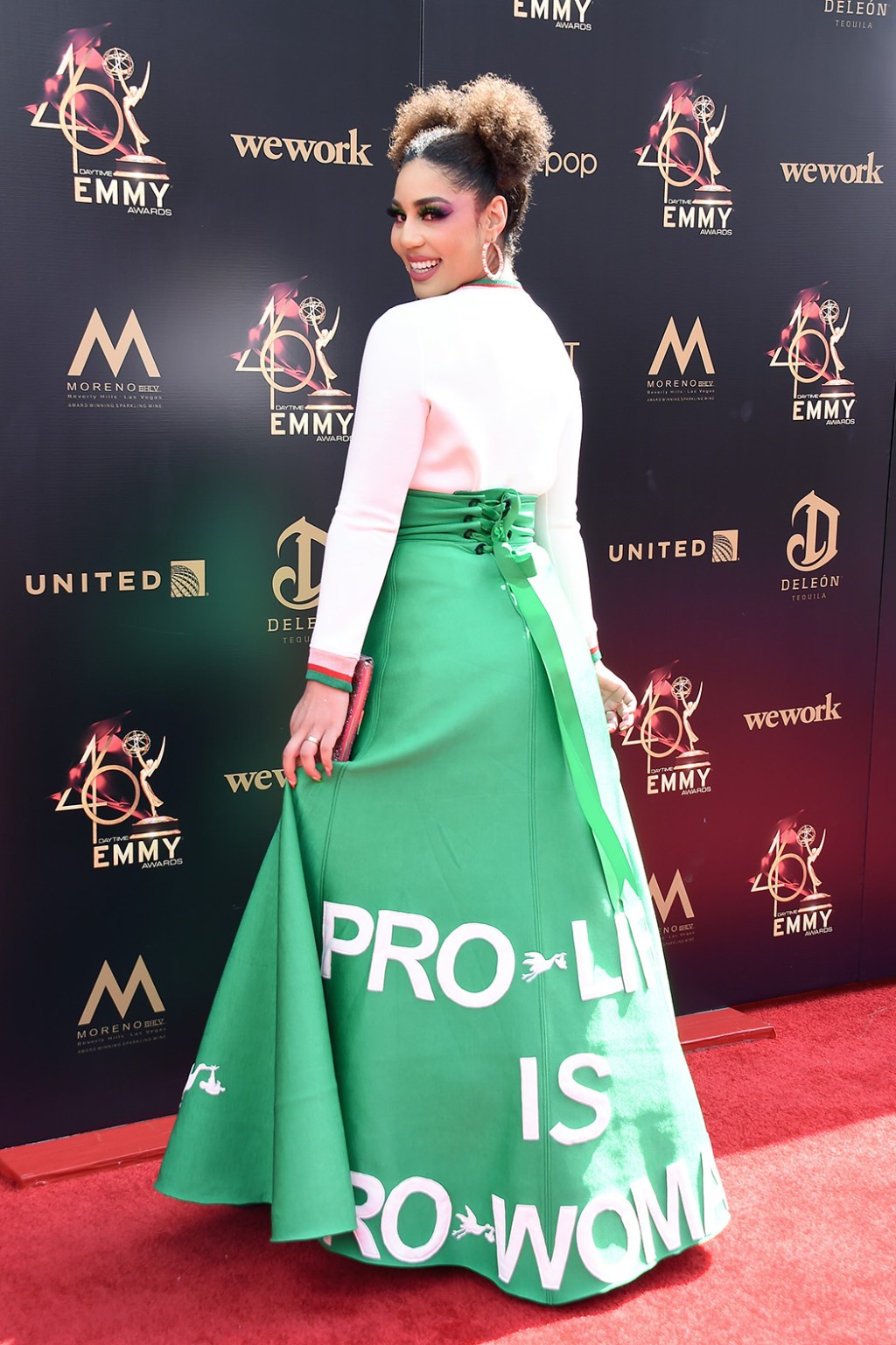 Last month, Villa wore a hot pink latex gown with the words “Fuck Planned Parenthood” on the bodice and “Unplanned” across the bottom of the ruffled train at the L.A. premiere for the film Unplanned at the TCL Chinese Theatre in Los Angeles on Monday.

In January 2018, she arrived at the Grammys wearing a provocative pro-life ensemble featuring a graphic image of a fetus. The white Pronovias bridal gown, which Villa paired with an oversize tiara, was emblazoned with a red fetus encircled by rainbow hues that Villa hand-painted herself. Her handbag was inscribed with the words, “Choose Life.”

Villa also has shown her support for President Trump on at least two red carpets. At the 2019 Grammys, the musician showed up on the red carpet sporting a black-and-white gown with a brick motif inspired by Pink Floyd’s 1979 album The Wall with the words “Build the Wall” hand-painted in red on the back side. The dress — designed by L.A.-based Desi Lee Allinger-Nelson of Desi Designs Couture, Villa told The Hollywood Reporter — also featured barbed wire on the shoulders to mimic the top of a security fence, a spiky headpiece and a silver cloak-like dress over that top that alludes to steel. Her red purse sports the words “Make America Great Again” and was also custom-made by Allinger-Nelson as a riff on the Trump MAGA hat.

She also wore a “Make America Great Again” gown at the Grammys in 2017. The dress was designed by Filipino immigrant Andre Soriano.