Welcome back to The Hollywood Reporter‘s weekly DC TV Watch, a rundown of all things DC Comics on the small screen. Every Saturday, we round up the major twists, epic fights, new mysteries and anything else that goes down on The CW’s Arrow, The Flash, Legends of Tomorrow, Supergirl and Black Lightning and Fox’s Gotham. This week, THR breaks down all the epic moments from this week’s midseason return of The Flash and the third episode of Gotham‘s final season.

The big news: In the midseason premiere, Barry Allen (Grant Gustin) came into contact with a meta-tech Lamborghini that essentially benched him for the entire episode by zapping his powers. He couldn’t stop phasing, so to make sure he didn’t phase through the ground and fall all the way to the Earth’s core, he was put into the pipeline prison.

What it means: While Gustin was seen in a few scenes talking to his daughter Nora (Jessica Parker Kennedy) and the rest of Team Flash via video chat, he was hardly in the episode at all. And according to his co-star Danielle Panabaker, that was by design so he could finish filming the Gotham-set crossover scenes in Chicago.

Did you wonder why Barry was in the pipeline for most of episode 510? That’s because he was in Gotham finishing up his work on the crossovers while we shot most of that episode! #TheFlash

But with Barry’s powers back to normal (and the crossovers finished), expect him to rejoin Team Flash properly on next week’s episode as the battle against Cicada (Chris Klein) resumes.

Other noteworthy moments: After the 100th episode cliffhanger that revealed Nora was in cahoots with Eobard Thawne (Tom Cavanagh), speculation ran wild as to why she would align herself with her father’s nemesis. This week’s episode didn’t provide much explanation in that regard, but fans did learn that Eobard has less than an hour until he runs out of time. Is he on death row? Is he trying to get Nora to help him redeem himself before he dies? He’s doubling down on his promise that he’s seen the light and is trying to do the right thing now, but Nora should definitely be more careful than she’s acting. Even this week’s lesson of always giving someone a second chance has its limitations.

Plus, Caitlin (Panabaker) and Cisco (Carlos Valdes) teamed up to create a meta-human cure, which means that someone before the end of the season will be taking it, willingly or not. This Chekhov’s gun couldn’t be more obvious.

The big news: One of Batman’s most iconic feuds was sparked on this week’s episode as Bruce (David Mazouz) prevented Selina (Camren Bicondova) from getting her revenge on Jeremiah (Cameron Monaghan).

What it means: With Selina officially suited up as Catwoman on this week’s hour following her miraculous recovery from paralysis, she set out to finally get revenge on the man who shot her and put her in that hospital bed to begin with. She came across Harley Quinn (Francesca Root-Dodson) rounding up followers for a new church worshipping Jeremiah, and she actually came pretty close to taking out Harley. There was an intense scene involving a game of Russian roulette, plenty of hissing (in case anyone doubted that Selina has gone full Catwoman) and Harley throwing out the iconic term “puddin’.” But by Bruce’s good intentions of trying to stop Selina from becoming a murderer, he ended up letting Harley get away. The look that Selina shot Bruce spoke volumes. This might be the official end to Bruce and Selina’s connection and the beginning of Batman and Catwoman’s rivalry. It was bound to happen eventually, and with fewer than 10 episodes left, their dynamic is only going to get icier.

Other noteworthy moments: James Gordon did his best to create a safe space for all the innocent people still stuck in Gotham after it became No Man’s Land. And despite him doing whatever it took to keep “Haven” a neutral zone (including teaming up with Robin Lord Tayler’s Penguin, of all people), the end cliffhanger wiped out all his hard work in one explosive moment. Haven was bombed by an outside force. Fans know that Bane (Shane West) is set to arrive on Gotham any day now, so could this be his first move as the military tries to take Gotham back from the gangs? But why would they fire on the only innocent people in the whole city?

The Arrow-verse lives once more as Supergirl, Arrow and Black Lighting are all set to return with brand-new episodes next week. Supergirl‘s return ushers in a new beginning for Nia Nal (Nicole Maines) as she finally begins to embrace her destiny and becomes Dreamer, making her TV’s first transgender superhero. While her suit will first appear on the Jan. 27 episode, “Blood Memory,” it won’t be until the Feb. 17 episode, “Menagerie,” that she officially wears it for the first time. Check out a first look at her Dreamer costume, below. 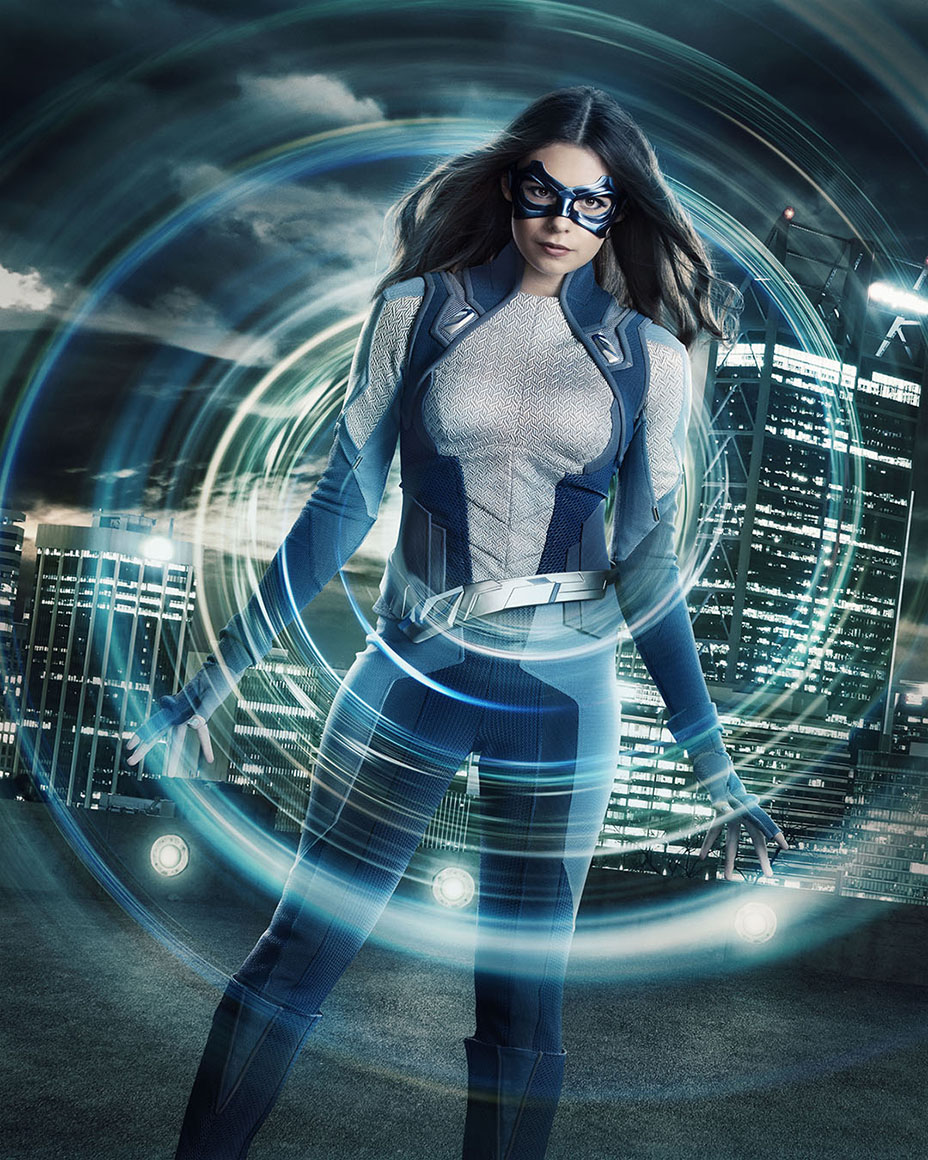