Welcome to The Hollywood Reporter‘s weekly DC TV Watch, a rundown of all things DC Comics on TV. Every Friday, we round up the major twists, epic fights, new mysteries and anything else that goes down on The CW’s Arrow, The Flash, Legends of Tomorrow, Supergirl and Black Lightning and Fox’s Gotham. While most of the DC TV shows are gearing up for their fall returns, THR breaks down what’s started up again as well as what to expect from the remainder of the pack.

Will fear return? | While Jim Gordon (Ben McKenzie) was able to overcome his greatest fear with love, Jonathan Crane (Charlie Tahan) wasn’t so lucky. The young boy literally became the thing he feared the most after overexposure to his father’s fear toxin, and as the Scarecrow, he turned Arkham Asylum into an apocalyptic riot in this week’s episode. Gordon was able to save all the other inmates from the fear toxin by dousing them with water, but Jonathan got away, vowing revenge on the man who killed his father back in season one. So will the Scarecrow return this season? “You’ll have to tune in to see,” a cagey Tahan tells THR. “I know nothing [about my return], actually. I’d love to come back for another season. I love wearing that costume, as hot as it is.”

Unfinished business | Regardless of whether Tahan will book another return trip to Gotham this season, he promises that Jonathan isn’t finished bringing his reign of terror to the city after slipping through Gordon’s grasp at Arkham. “I don’t think he’d give up that easily,” Tahan says. “I think it’s just a little bump in the road for his grand plan.” But he believes that there is a chance at redemption for Jonathan. “Yes, I actually think so,” he says. “In episode two, we don’t know if it’s possible to come back from overexposure to the fear toxin, because it seems like Jonathan is gone completely. But you see with Gordon, he is able to break out of that and not let the fear consume him. I think Gordon has more love in his life, though. Jonathan’s dad died, killed by Gordon and Bullock, so it would be tough for him to come back from this, but I definitely know that’s possible.”

Shocking return | Despite getting electrocuted last season, Babs (Erin Richards) made her return to Gotham this week, albeit more calm than usual. Turns out, she didn’t die; she’s just been biding her time, rounding up funds for her latest venture, yet another attempt to climb to the top of Gotham’s underworld by selling weapons to permit-holding criminals. She managed to convince Tabitha (Jessica Lucas) and Selina (Camren Bicondova) to join her, despite past grudges and Penguin (Robin Lord Taylor) vowing to take over her new business. Is she really going to put the past behind her even though Tabitha tried to kill her? And how is she still alive? How did her electrocution change her? Is her chill facade just a mask for something even more insidious? No matter what, it’s amazing to see Babs and Tabs on the same side again. We could be seeing Gotham City Sirens on TV before the movie comes out. 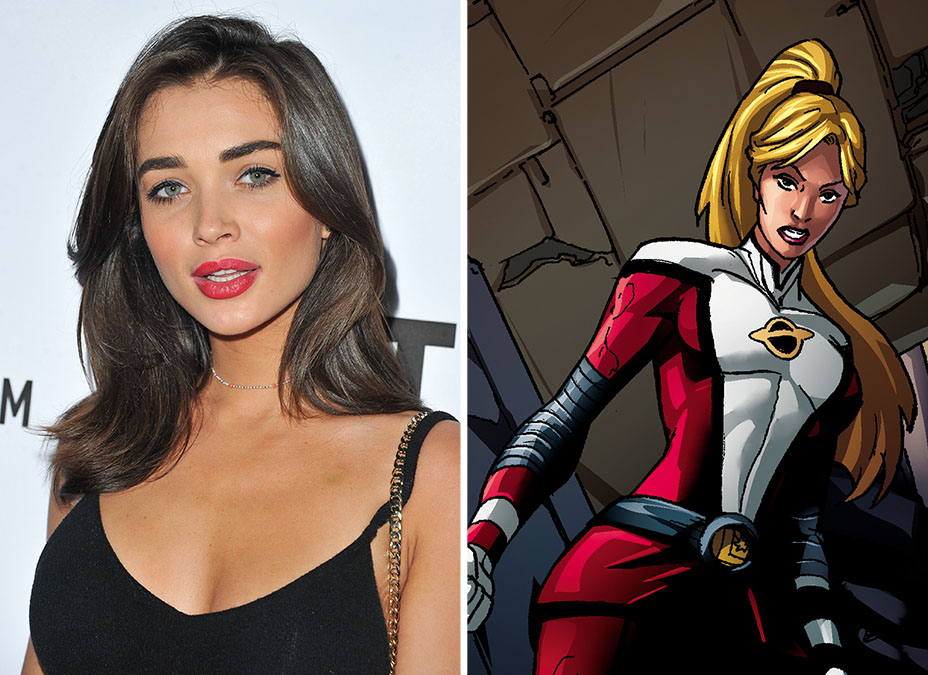 Legion of super girls | Supergirl has cast Bollywood actress Amy Jackson as Saturn Girl, aka Imra Ardeen. She is described as a kind, smart, and strong-willed hero who uses her telekinetic ability to help those in need. She was born on Titan, one of Saturn’s moons, and arrives on Earth to help Supergirl (Melissa Benoist) battle one of her biggest threats. So why is this team-up so amazing? Saturn Girl, the founding member and leader of the Legion of Super-Heroes in the future, was the first female comic book character to head a group of superheroes, so Kara and Imra working together will be one fierce female duo. Known for sacrificing herself to save the lives of other superheroes, could Saturn Girl be destined to repeat her comic book destiny and give her life to save Kara’s? As the role is recurring, she’s definitely set for more than one episode, but only time will tell.

DC TV Watch: A Deep Dive Into the New Trailers for The CW Favorites

Dad drama | Arrow‘s official season six trailer (watch below) has finally dropped, and it surprisingly focuses a lot on Oliver’s (Stephen Amell) new role: father. William’s (Jack Moore) mother is probably one of the casualties from the Lian Yu explosion, since it’s been confirmed by multiple trailers that he ends up living with Oliver. But their father-son dynamic is going to take a lot of work before they start playing catch in the yard (or any other typical father-son activity). Slade Wilson (Manu Bennett) of all people is seen giving Oliver some tough love on what it means to be both a father and the kind of men they both are, and how they can only be both of those things for so long. It will be fascinating to see Oliver trying to balance being the Green Arrow and a good father, since he hasn’t been able to truly accept that responsibility ever since he found out he had a son.

Back with a vengeance | Black Siren (Katie Cassidy) is back! It’s just a quick glimpse, but Earth-2 Laurel Lance can be seen in the trailer blowing up the Star City Police Department, so it’s clear that Oliver’s speech about redemption didn’t make much of an impact on her last season. Could she be the season’s big bad? It’s about time Arrow had a female villain.

Check out the new trailer below:

From 'Smallville' to 'Lucifer': The Evolution of Tom Welling

Gotham airs Thursdays on Fox. Supergirl and The Flash are back Oct. 9; Arrow returns Oct. 12; Legends of Tomorrow is back Oct. 10; and Black Lightning will premiere midseason, all on The CW.