Welcome back to The Hollywood Reporter‘s weekly DC TV Watch, a rundown of all things DC Comics on TV. Every Friday, we round up the major twists, epic fights, new mysteries and anything else that goes down on The CW’s Arrow, The Flash, Legends of Tomorrow, Supergirl and Black Lightning and Fox’s Gotham. Note: Supergirl, Black Lightning, The Flash, Arrow and Gotham did not air new episodes this week so as not to compete with NBC’s coverage of the Winter Olympics.

Back from sabbatical | After The Flash struggled to make good use of Wally West aka Kid Flash (Keiynan Lonsdale) when it already had a speedster in The Flash (Grant Gustin), the Arrow-verse finally figured out a way to service the character: bringing him to a new show. Viewers have been saying that Wally would make a good addition to the Waverider on Legends of Tomorrow, not only because he would actually enjoy his time time-traveling, but because his speedster powers would also be a huge benefit to the team. Legends of Tomorrow recruited Kid Flash as a series regular, with his first appearance coming as a surprise at the end of this week’s Groundhog Day-inspired episode. As a stinger scene, escaped convict Rip Hunter (Arthur Darvill) tracked down Wally in China’s Yunnan Province in present day. The retired speedster was meditating, but Rip interrupted his calm to recruit him in his mission of saving the universe. Based on Rip’s motivations for the past season, he must mean the threat caused by the demon Mallus. So if Rip has put so much time and effort into tracking down Wally, that means that a speedster is the key to stopping Mallus. Does that mean Mallus has access to the Speed Force? What can Wally do that Rip feels he needs? Since Mallus isn’t from the comics and was created for the TV show, there’s no telling where Legends is taking this story, and with Wally’s introduction, the potential is now limitless given Wally’s rejection of the idea of magic in the comics.

Secret powers | With an earlier episode showcasing Mick Rory’s (Dominic Purcell) secret competence for leading the team on the Waverider in Sara’s (Caity Lotz) absence, it’s clear there is so much more to Mick than meets the eye. In this week’s episode, Zari (Tala Ashe) discovered Mick’s secret sci-fi fiction novel that he’s been writing on a typewriter. And much to her (and viewers’) surprise, it’s actually … good?! What other secret talent is Mick hiding? What does he secretly care about? What else is underneath that tough antihero exterior? Next season, Legends should do a bottle episode with Mick to really explore who this character is.

Suit up | As the heart and leader of The Flash, Iris West-Allen (Candice Patton) has proven her value and import time and time again … but always behind the scenes at STAR Labs giving the orders to the superheroes. She’s never needed superpowers to save the day, but now she’s going to get the chance to see how the other half lives. In the March 13 episode “Run, Iris, Run,” Barry’s speedster powers accidentally get transferred to Iris when Team Flash confronts a new bus meta, Matthew aka Melting Pot (Leonardo Nam), who has the ability to swap people’s DNA. In order to save the day, Barry and Iris have to swap positions on the team, with Barry having to act as the team leader on the headset while Iris becomes the superhero speedster, and that means she’s getting her own costume for the first time ever. It’s exciting to see Iris become a superhero for the first time, since she’s never acquired powers before in the comics. This is new territory, and while it will only be for one episode, this is definitely going to be a series highlight. Hopefully this gives both Barry and viewers a newfound respect for all Iris does on Team Flash. Is it too much to hope for an epic action sequence with Iris and Caitlin (Danielle Panabaker) kicking ass and taking names as the fierce female heroes of Team Flash? Because that’s the kind of content the comic book genre needs right now.

Check out the first look at Iris suited up below: 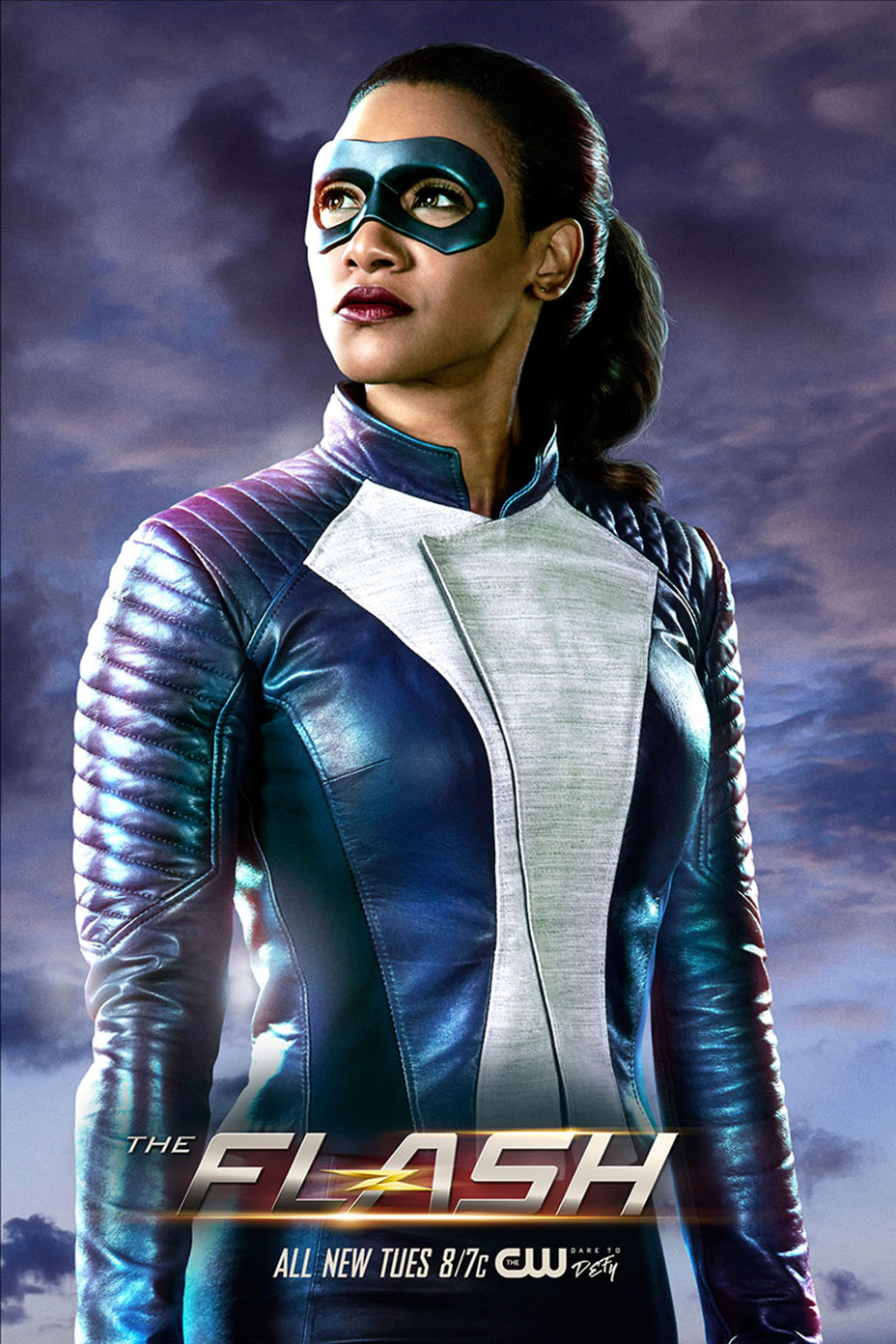