Throughout the first season of Netflix’s Dear White People, based on Justin Simien’s 2014 movie of the same name, the black college students at the center of the series debated with each other about the proper way to combat the institutional racism at their mostly white, fictional Ivy League university. Should they work within the system, like student body president Troy (Brandon P. Bell), nicknamed “Troybama” by his classmates, or should they try to disrupt it, like radio host Sam (Logan Browning), who hacks a student publication’s Facebook page to send an invitation for a blackface party?

In the final episode, Troy reached a breaking point of sorts. As protesters gathered outside a school-sanctioned forum, the official response to an incident where a security guard pulled a gun on an unarmed black student at a house party, Troy smashed a window in the locked building and was promptly arrested. While there was no rioting yet, there’s still time.

“Maybe it will [escalate],” series creator Simien tells The Hollywood Reporter. “We have not seen what happens moments later.”

The show hasn’t yet been renewed for a second season, but Troy’s journey is certainly something Simien hopes to explore if Dear White People returns with new episodes. “I think Troy’s breaking point, in a literal sense, and what happens next to him is certainly of interest to me.”

Bell, who played Troy in the movie and reprises his role on the show, particularly loved the Do the Right Thing homage in the series’ closing moments.

“It’s very symbolic of all of Troy’s inner turmoil that we don’t often get to see through his perfect, armored exterior that he likes to hide from people. That, to me, was the perfect moment to just let it all shatter,” he says.

“Troy is just a young person trying to figure it out, and oftentimes it feels like there’s a lot of pressure for us to be with a specific movement just because it’s better to be a part of what’s in. I think the scary part but the freeing part is doing what you feel is your purpose, and I think what the film, the series really captures is that we need everything. We need people working in the system, we need people working outside of the system. Everybody has a role to play, but it’s all necessary to making this country, this machine, this breathing organism work. You need Martin Luther King [Jr.] and Malcolm X, you know?” 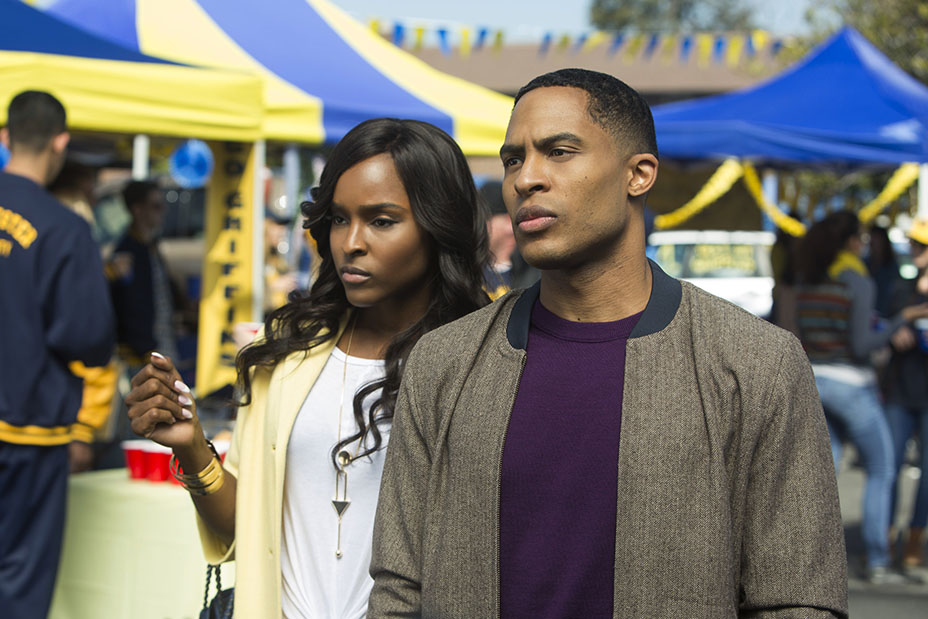 Antoinette Robertson, who plays Troy’s ex-girlfriend, Coco, reiterated that need. “If you want to create lasting change you need to infiltrate the system that is making all of the laws and the bills and all of that stuff. I think I like that,” she says. “Don’t get me wrong — I also believe disrupting, raging against the machine makes sense as well. Sometimes you need to stand up and be vocal and loud about the fact that inequality and injustice is prevalent in our culture. I think it’s not Sam or Coco, but I think it’s a nice wonderful mixture of both that would bring about lasting change.”

In a potential second season, Troy will see what it’s like on the other side of the debate. “Everything’s kind of flipped on its head, so Troy will be definitely a different person by the start of season two. He’s gone through some things that I think you can’t really return back to,” says Bell. “You have to move forward in a different way. The veil has been lifted from his eyes, and I’m excited to see where each character [goes], a lot of characters who were more radical may be a little less radical. I think playing with that in how they move forward is really important. Also, Troy in jail: What happens?”

Simien promises that Troy’s breaking point will introduce several new themes for season two and points to the recent events at the University of California, Berkeley, which has been the scene of several violent protests this year over booked speakers including Milo Yiannopoulos and Ann Coulter.

“There are a lot of things that we planted in this first season that you may not even notice at first glance that culminate in that moment that I’m really excited to explore, and I’m not going to talk about until I actually get to do it,” he says.

“Also, I think Winchester [University], in a lot of ways, like this country, has to deal with the fact that there is an issue here. Property has been broken. People have been arrested. Things have gone down. We can’t just pretend like this is just sort of a pretend issue for people. Now Winchester has to really confront this stuff because it’s only going to escalate. We see what’s happening at Berkeley. Winchester is on the cusp of being that with just a couple more incidents and I think containing that and figuring out what to do with that is certainly going to be on the minds of a lot of characters next season.”

Another plan Simien has for season two is to hopefully explore the inner lives of more of the students — especially Joelle (Ashley Blaine Featherson), Sam’s BFF and roommate, among other characters. 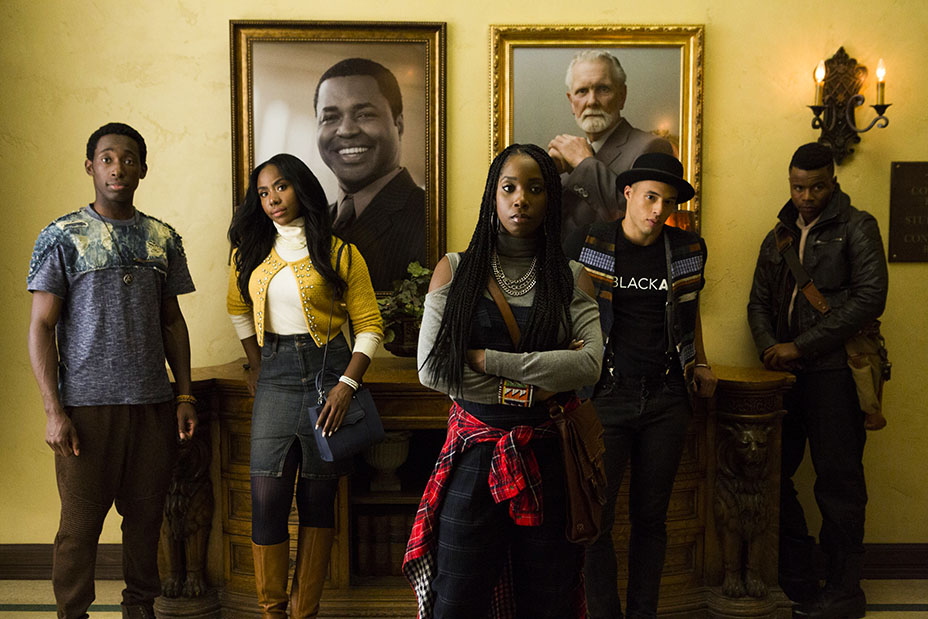 “Al [Jemar Michael], I have a whole arc that was in mini drafts of the film that I’m just beginning to get into. He’s got a lot going on,” says Simien. “So does Rashid [Jeremy Tardy] and so does Kelsey [Nia Jervier] and so does Pastor Cordell, actually. I’m telling you, they existed in previous drafts, they had whole situations and I can’t wait. We never really got to spend time with Kurt [Wyatt Nash] and what’s going on with him and his sort of white man’s burden kind of situation that he’s got going on. I want to see what Gabe’s [John Patrick Amedori] graduate life is like outside of Sam’s world. There’s a few other characters I want to introduce too.”

Bell hopes to see more of Joelle as well. “She’s everybody’s best friend, and she’s just lovable,” he says. “I actually know Ashley Blaine Featherson, who plays Joelle, and she’s an amazingly talented actress who people will for sure want to see more of. Absolutely. Also, Ikumi [Ally Maki] and Rashid, the Kenyan exchange student. I think in season two we’ll have more room to play.”

Dear White People season one is currently streaming on Netflix.