The fifth episode of Netflix’s new comedy Dear White People, based on the 2014 movie of the same name, is a turning point of sorts for the show. The hour, directed by Oscar winner Barry Jenkins, follows a typical collegiate Saturday in the life of student and activist Reggie (Marque Richardson) — wandering around on campus with his friends and winding up at a party, where he dominates a drinking game with his white classmate (Nolan Funk).

But after the two have a nonviolent disagreement about using the n-word while singing along to a song, things escalate rapidly when a campus cop pulls a gun on the unarmed Reggie, demanding he show his student ID. And no, the cop didn’t ask his white classmate the same question.

While the first five episodes of the series introduce the characters and how they deal with a group of white students throwing a blackface party on campus, the second five deal with the aftermath of a very real, very dangerous incident. 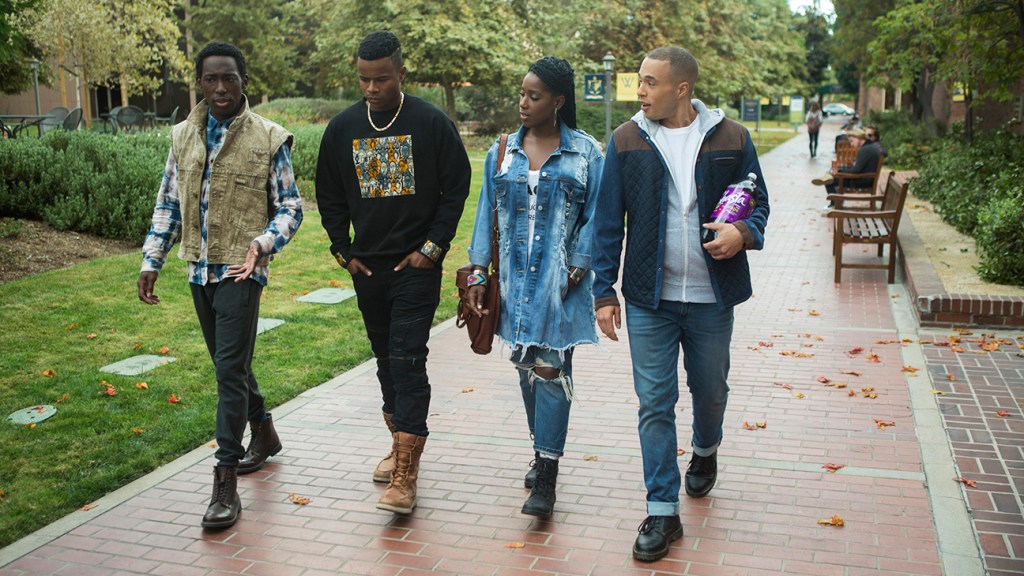 “The character Joelle says, ‘sometimes being black and free is activism in itself,'” star Richardson tells The Hollywood Reporter. “You see that on a Saturday, Reggie just going through his life and then all of a sudden, by the end of it, he realizes that he’s not free. And that’s heartbreaking.”

Creator Justin Simien said that he’d always planned to have a big tonal shift in the fifth episode.

“There were differences about which characters should be involved and also the severity of the incident, but episode five was always a turning point and was always about the ways in which being black could be fatal,” he explains. “Lulling you into this comedy and into loving these people and then bam, hitting you with their realities. That absolutely was intentional. That was in many, many versions of my season outline. It just came together so perfectly. It was a fusion of a series of scenes that didn’t make the movie, but had always stayed in my heart, that always epitomized what I love about this world and wanting to do something really dynamic in that middle episode.”

While Simien wasn’t able to direct the episode, he wanted a “frickin’ genius” to do it — and that genius happened to be Jenkins. “For me, it was always Barry that had to do the walk-and-talk episode,” he said. “I learned about Barry from [the 2008 film] Medicine for Melancholy. I just wanted to work with him.”

Each episode of Dear White People tells the story from a different character’s point of view, but Richardson didn’t read Reggie’s episode until he was with the cast at the table read.

“I read it at the table read; I processed it like an hour later,” says Richardson. “I’m riding my bike, and I just started crying. And I thought about it again like two hours later, and I start crying. Then I read it again, and I start crying again only because I’ve never had a gun drawn on me, but the notion that this is the reality of it broke my heart.” 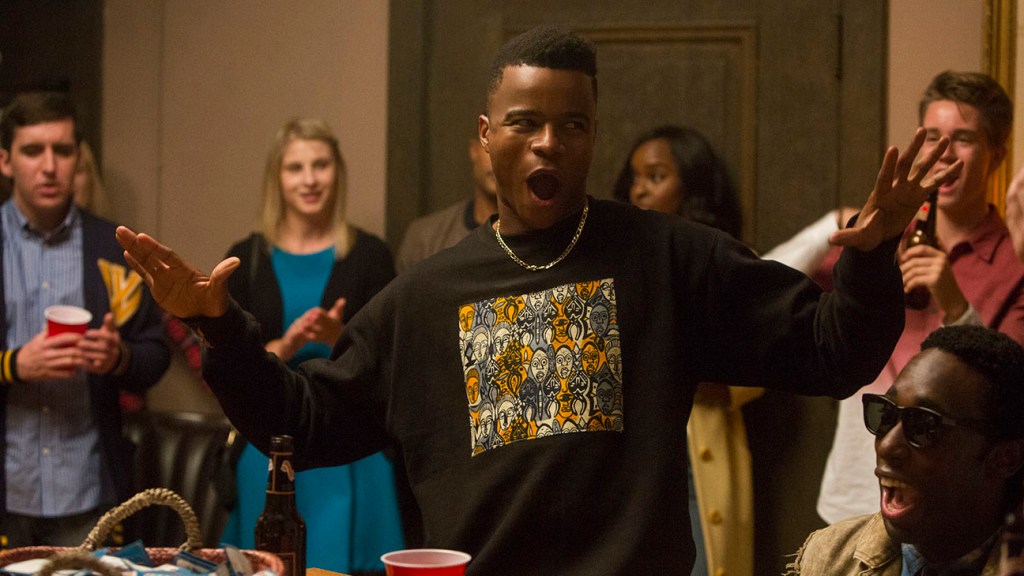 While shooting a later episode, Richardson became emotional again. “I just literally kept thinking about my nephew, who’s like 1 1/2 and the fact that he’ll have to grow up and this will be his reality. And that f—ing broke my heart,” he says.

Co-star Antoinette Robertson, who isn’t in the pivotal scene but is in several other tense ones throughout the season, says she and the rest of the cast were very passionate about portraying uncomfortable moments onscreen.

“We took this subject matter very seriously, with the understanding that there are people who don’t walk away from these altercations at all. These people don’t have a voice because they’re no longer with us, so we need to do it justice, and we did,” she says. “I feel like people are going to definitely have a moment when they watch it.”

Ultimately, says Richardson, he is hoping the episode — and the scene — will at least spark a conversation.

“Dear White People is so authentic and that’s why I think it resonates with so many people,” he says. “You can’t work on this and go home put your blinders on and act like nothing is happening. When you do your research, when you read all the stuff that’s happened, you have to go out there and do something. So for me, this is like art as activism.”

Dear White People season one is available on Netflix now.