Debbie Allen is one of five nominees for the new NAACP Image Award for social justice impact, but activist is just one of many hats for the actress, dancer, choreographer, singer-songwriter, director and producer. Taking a break from her work on Grey’s Anatomy, the multihyphenate spoke with THR about the pandemic pivot for her nonprofit dance academy, keeping secrets on her ABC medical drama and the roadblock to bringing back A Different World.

How are you keeping the Debbie Allen Dance Academy going after a year without in-person classes?

Right now, we’re just taking small steps forward. We have programs for elders, cancer patients, battered women and children, health care workers — but, now that they’re all being disseminated virtually, it’s about making them accessible to thousands of people. We’re actively raising funds so we can just exponentially make these programs more widespread.

You’ve been mentoring other women almost since you started directing in 1984. How do you approach it on Grey’s Anatomy?

Before I even knew what a real shadow was, I’ve always had a group of young women training under me. When Shonda Rhimes put me in this position [as executive producer], the first thing I did was make my own commitment to hiring 50 percent women. This was before #MeToo or any of that — because I’ve always been a woman, and I’ve always had problems with opportunity. Now, a lot of first-time directors I’ve hired, I can’t even get anymore because they’re so busy. During COVID, I haven’t been able to let people shadow, but I just had a meeting about revisiting it next season. 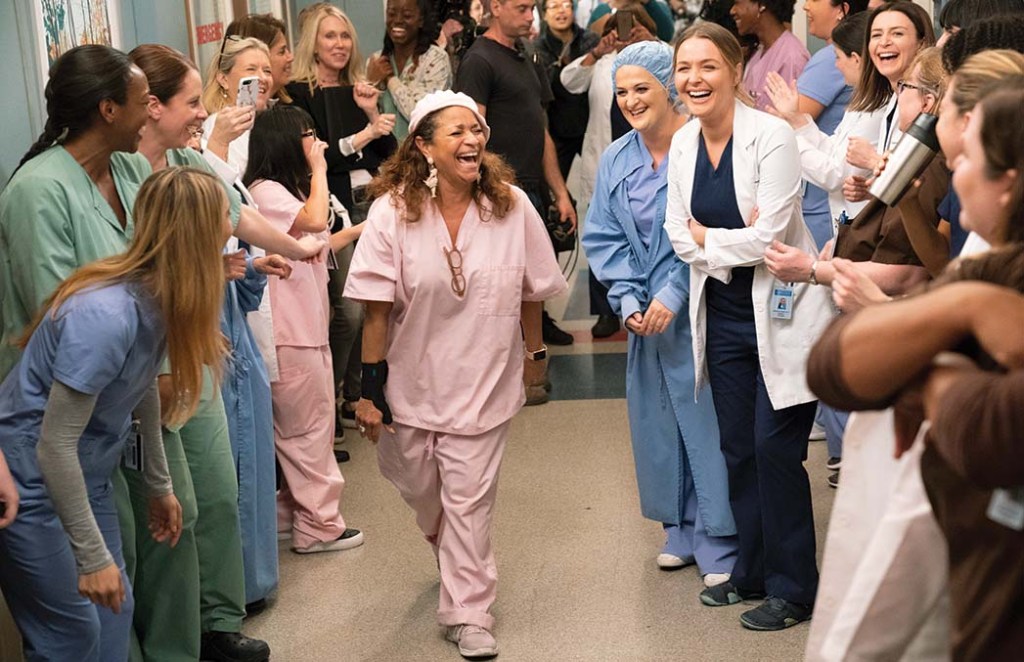 How did you manage to get back on air earlier than most?

We kept pushing the needle for months. It’s not just about making everybody safe, it’s about making them comfortable. We realized we had to figure that out for ourselves while taking the advice of all the experts we had.

Did the COVID restrictions make it easier to keep Patrick Dempsey’s return cameo a surprise?

Uh, no. (Laughs.) That secret was kept because everybody knew how valuable it was — and how amazing it was to let it explode when it came out. It was tough, but we’ve kept secrets before. Shonda and I kept a secret for three months when I got Denzel Washington to direct an episode. Nobody on the show even knew until he walked onstage for his first day. There’s a CIA component to making a show like Grey’s Anatomy.

With so many ’90s shows finding new audiences, is there a second life for A Different World?

We’ve been wanting to do it forever. Honestly, it’s strapped behind the whole situation with Mr. [Bill] Cosby — which is unfortunate. But the show was his idea. There’s a studio and network situation where they can’t allow any money to go into his company. I said, “Can’t we contribute it to schools or something?” But you can’t take somebody’s name off of a show. A Different World needs to have a second life, and we know how to do it. I was so close to doing it with Issa Rae.

We were going to do it again, yeah. Then the question was posed, “Will he take his name off of it?” And that’s not going to happen. It’s sad because we need it right now.