[Warning: This story contains major spoilers for all eight episodes of Marvel’s The Defenders.]

When Marvel first assembled The Avengers, Earth’s mightiest heroes found themselves seeking revenge against Loki (Tom Hiddleston) for the death of one of their own: Agent Phil Coulson (Clark Gregg), stabbed to death during the S.H.I.E.L.D. Helicarrier invasion. Entering The Defenders, Marvel fans were rightly concerned that a similar death would serve as a rallying point for the Netflix heroes — specifically, Claire Temple (Rosario Dawson), the courageous medical professional who has weaved in and out of the lives of all four Defenders. What better way to glue these heroes together than the tested method of losing the one person they all have in common?

Thankfully for everyone involved, Marvel went a different route. Claire exits The Defenders with her life intact, and her relationship with Luke Cage (Mike Colter) alive and well. A few other characters can’t make the same claim (not that anyone else is after Luke’s heart, with perhaps one exception — more on that in a moment), as The Defenders makes no bones about removing certain players from the board in vicious fashion.

Final warning — full spoilers for all eight episodes of The Defenders are ahead. 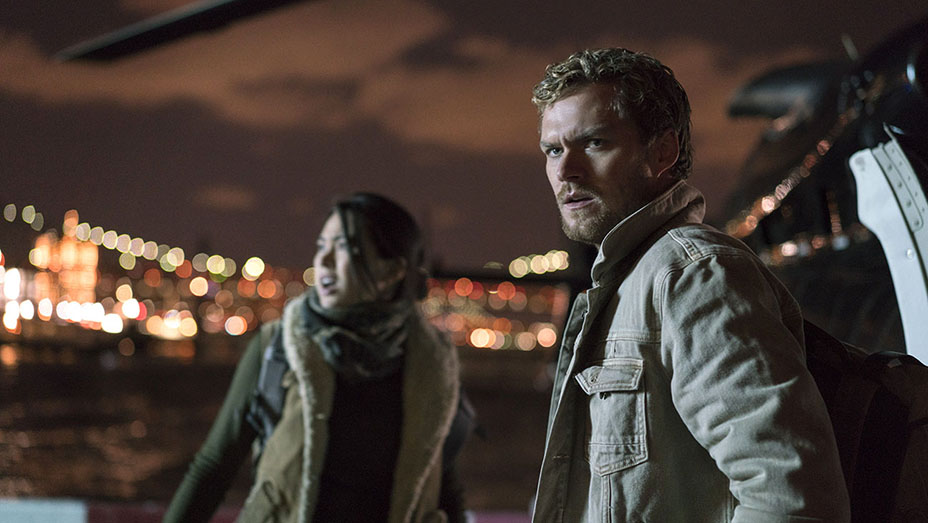 Two of the series’ most important characters are killed in unceremonious fashion at the height of the sixth episode. First, there’s Stick (Scott Glenn), the blind warrior whose organization The Chaste has long served as defenders (ha!) against The Hand. In many ways, Stick is the man who brings Matt Murdock (Charlie Cox), Jessica Jones (Krysten Ritter), Danny Rand (Finn Jones) and Luke together, filling them in on the Hand’s plan to apprehend Rand and use the Immortal Iron Fist as a key toward an unknown power. In the sixth episode, Stick attempts to kill Danny so his powers won’t fall into the wrong hands. Instead, Elektra Natchios (Elodie Yung) arrives and battles Stick, killing the man who once served as her father figure without hesitation.

It’s not the only shocking death of the episode, and not even the only shocking murder committed by Elektra. When she returns to the Hand with Rand in tow, Elektra proceeds to brutally butcher the woman who has long served as the organization’s leader, and was chiefly responsible for Elektra’s resurrection in the first place: Alexandra, played by Sigourney Weaver. In her first scene of the series, Alexandra is established as a woman facing a terminal illness. Subsequent episodes reveal she’s lived for centuries, thanks to a mysterious substance that fuels the Hand’s apparent immortality. She hopes to use Rand as a way to unlock more of the substance, the last of which she used to bring Elektra back to life as the Black Sky, following her death at the end of Daredevil season two. Turns out, it’s all a big misdirect, as Elektra casually kills Alexandra just as the Hand’s ancient leader is delivering a prideful monologue. If The Incredibles taught us anything, it’s this: Never monologue. Elektra clearly knows her Pixar, as she slams a sai through Alexandra’s back, beheads her seconds later, and steps up to the plate as the chief antagonist for the remaining two episodes of the season.

Alexandra’s death is shocking on a number of levels, perhaps the biggest one being that it’s shocking at all. Marvel pulled off a very similar villain switcheroo in Luke Cage, eliminating Mahershala Ali’s Cottonmouth at the halfway point of the first season, paving the way for Erik LaRay Harvey’s Diamondback to lord over Luke for the rest of the season. Even though it’s a similar twist, Alexandra’s death is still so unexpected in the moment, given how much has been invested in the character up until this point. It helps explain how Weaver was convinced to sign on for The Defenders, given the relatively low commitment of appearing in only six episodes.

Unfortunately for Elektra, her rise as the series’ main antagonist only lasts so long. The Defenders culminates in a massive fight scene at the bottom of a hole in Midland Circle — the same one Elektra and Murdock discovered in Daredevil season two — as the four heroes attempt to end the Hand for good. Once it looks like they have the upper hand over the Hand, Matt hangs back and battles it out with Elektra, believing there’s still good in the woman he once loved. Although they mostly reconcile over the course of the fight, it’s too late: Explosives planted elsewhere in Midland Circle cause the building to fall down and destroy the Hand’s power source forever, with both Matt and Elektra (as well as other prominent members of the Hand, including Wai Ching Ho as the fan-favorite villain Madame Gao) seemingly caught in the collapse.

In the aftermath of the battle, it’s widely believed that Matt has died. Both Foggy Nelson (Elden Henson) and Karen Page (Deborah Ann Woll) take his loss especially hard, though it’s felt by the remaining three Defenders as well. However, the final scene of the series reveals that Matt is still alive, albeit very badly injured. He’s recovering in a bed in an unknown facility, surrounded by nuns who are tending to his wounds. Whether or not this means Elektra survived the fall as well remains to be seen, but at the very least, we know the Devil of Hell’s Kitchen will rise once again.

With that said, Marvel may have already opened the door for Daredevil’s return even without Matt’s continued survival. In his final scene with his fellow Defenders, Matt pulls a Lost in Translation and whispers something into Danny Rand’s ear. We later learn the words: “Protect this city.” The penultimate scene of the series sees Danny sitting cross-legged on top of a building, staring off at the Empire State Building, illuminated with Daredevil’s signature red hues. Is it a hint at what’s to come for both Iron Fist and Daredevil? After all, Rand has been known to fill in for Murdock as Daredevil in the comics. If season two of Iron Fist involves an arc in which Rand runs around as the new Devil of Hell’s Kitchen, perhaps there’s an interesting reason Netflix renewed the critically panned series after all.

Speaking of Iron Fist, the character serves as both the MacGuffin and the Daniel in Distress. As the Iron Fist, he’s the key to satisfying the Hand’s goals of eternal life, which makes him the most targeted member of the group. In the sixth episode, the Hand get their hands on Rand, taking him away from the other three members of the Defenders until the final half of the final episode. It’s a welcome choice for fans of the Marvel Netflix Universe who didn’t exactly fall in love with Iron Fist.

Indeed, Rand’s love interest and fellow Hand hunter Colleen Wing (Jessica Henwick) gets almost as much screen time and story importance as Danny, at the heart of a bloody feud with Bakuto (Ramón Rodrígues), one of the founding members of the Hand. She’s able to kill the man, but not before Bakuto severely wounds Misty Knight (Simone Missick), severing the Luke Cage detective’s arm in one clean swing of a sword. Luckily, Misty winds up in a hospital owned by Danny Rand, with the promise of state-of-the-art technology in her future. It’s a nod to the comics, in which Misty is well-known for boasting a cybernetic arm. Looks like the Marvel Netflix Universe is about to go down that route as well.

As for Jessica Jones and Luke Cage, their emotional arcs are largely tied together. They last parted ways in Jessica Jones on uneasy terms, what with the reveal that Jessica killed Luke’s wife once upon a time, albeit under the manipulation of the mind-controlling Kilgrave (David Tennant). Most of Luke and Jessica’s scenes together in The Defenders revolve around their ability to put that past behind them, culminating in a quietly emotional scene at a bar in which Luke makes it clear that Jessica always has a friend in Harlem. For fans of the comics still yearning to see Luke and Jessica end up together given their relationship on the paneled page, their final scene together offers up some hope — and that’s all well and good, as long as that hope doesn’t come at the expense of losing Claire.

Follow our coverage of Marvel’s The Defenders for more on the Punisher and the rest of the Marvel Netflix Universe.