In another world, the Apple TV+ limited series Defending Jacob could’ve been a tense dramatic film with an action hero at the helm.

“It might have been a Harrison Ford film like 30 years ago,” says showrunner Mark Bomback, “but it’s just not the kind of thing we make right now.”

After years in development as a film, the project pivoted to TV when Bomback signed on to adapt William Landay’s novel of the same name into a limited series. The Dawn of the Planet of the Apes writer was looking to move into television and to work with subject matter he cared about, and the story about a prosecutor whose son is charged with murder seemed like an interesting choice.

“My central preoccupation as a father of four children is how good or bad a job I’m doing — mostly bad — as a father,” he says via Zoom call the week before the show’s launch. “I’m always searching for genre stuff that also allows me to really think about what it means to be a human being, what it means to be a parent. In certain genres you also to do that, but it’s a bit of lip service. You’re just sort of shoehorning in the backstory to make sure you care when the explosion happens. This was so integral — in fact, it was begging you to do a deep deep dive in who the characters were and what they were experiencing.”

The series follows Massachusetts District Attorney Andy Barber (Chris Evans), who begins working with the cops to investigate the murder of an eighth grader in his small town and very quickly learns that the main suspect is a classmate — his son, Jacob (Jaeden Martell). But instead of examining the case through Jacob’s eyes, the story is told through Andy and his wife Laurie’s (Michelle Dockery) as they grapple with the accusations against the child they thought they knew.

Instead of Indiana Jones as the lead, Bomback got Captain America: Evans, in his first television role since becoming an Avenger, signed on to both star in and executive produce the project. 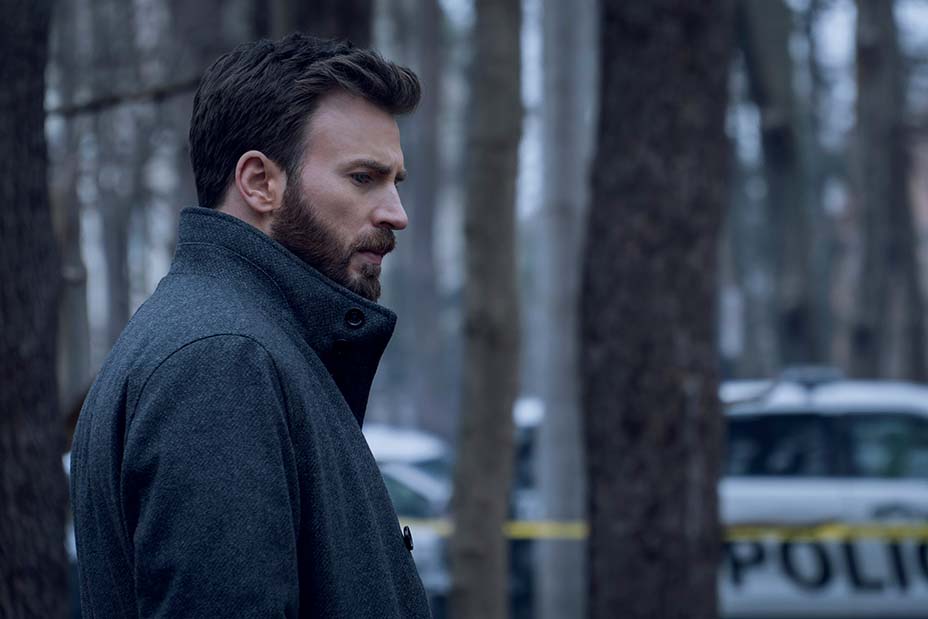 “[Producing] almost feels like a natural step in the progression in a film career,” Evans tells The Hollywood Reporter. “If you’re afforded the opportunity to do that, you take it. Obviously I didn’t produce from the ground up. It was a project that came to me. So to be completely honest, my role as producer probably only would have been activated had there been a problem. You know, if all of a sudden we’re not gelling and we’re not communicating and we’re not getting the work done we want to get done, then you all of a sudden have to be a part of discussions. I never had to do that.”

Despite having two decades of experience and being one of the most well-known actors in the world, the role of a concerned parent isn’t necessarily an expected choice for someone who only just hung up his Marvel shield. Says Bomback, “I had a sense of what I was going to get [from Evans], but he’s never really played this kind of role before. He’s relatively young for a parent of a 14-year-old, he could conceivably have a 14-year-old, but he doesn’t have children. And so it’s not like I could even see him in that role. I just had to trust that when we first started talking about the story, he knew this world and knew this character so well.”

That world is the privileged enclave of Newton, Massachusetts, a Boston suburb just 15 miles from where Evans himself grew up. His character is a Red Sox fan, just like him (though the Sox hat he wears in the series is not his own). The series is filled with picturesque New England foliage, and was filmed in real neighborhoods and at real courthouses during the spring. Weather was the biggest production challenge, but being surrounded by Sox fan crewmembers with thick accents helped set the tone, says Bomback.

Dockery was last seen on the small screen as a Southern con artist in TNT’s Good Behavior. But for Defending Jacob, the Brit best known as Downton Abbey‘s Lady Mary didn’t even attempt to make her American accent a notoriously difficult Boston one.

“I love a challenge. If it had been a Boston accent, I would have gone for it. I would have dove in and hoped for the best,” says Dockery. “It’s not an easy accent, so I was pleased that it was just a general American accent for Laurie. I do really enjoy playing characters that have accents and are from completely different backgrounds from me. I’ve rarely played characters that are my own voice. I think I’ve done one project where it was my voice, everything else has been an accent.” 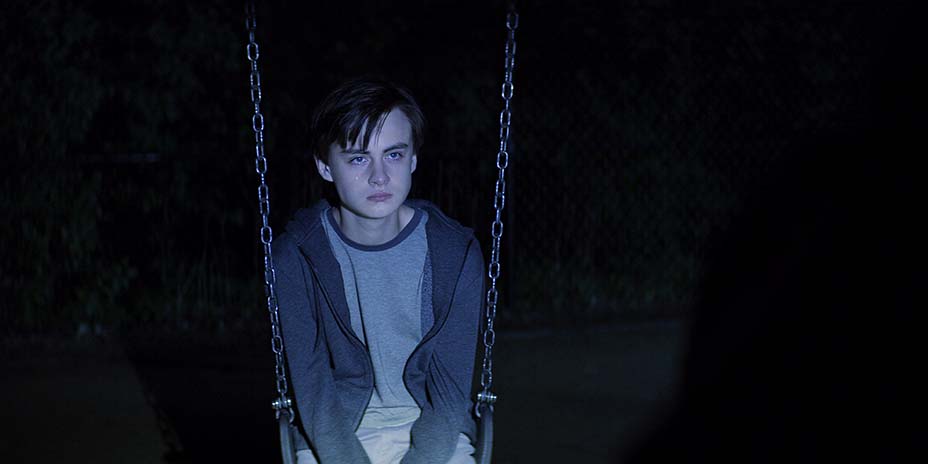 The entry point for the series, really, is through Andy and Laurie’s struggle to come to terms with the fact that maybe they didn’t know their child as well as they thought they did, and the ethically and morally questionable things that these normally law-abiding parents would do to protect him.

“This is, in many ways, a nightmare. It’s the worst possible thing that could happen to a parent,” says Bomback. As investigators, they’re way too biased. “They have everything to lose, and they’re going to bring so many facts to this that may be irrelevant, maybe aren’t. In many ways, my job was to give you this very subjective experience watching it, that you are the third parent in this equation and trying to weigh in. What do I think? Hopefully the audience at some points will say, ‘Oh, I’m sure he must have done it.’ ‘Oh, I don’t think he did do it.’ And part of the fun, for lack of a better word, is where does that intersect with where the parents’ heads are at that same moment?”

And while Andy makes some decisions that a good prosecutor would know skirt the boundaries of what is ethically acceptable, Laurie is consumed with guilt that she had dismissed some of Jacob’s questionable behavior in the past, and that she could potentially be culpable in a child’s death.

Says Dockery, “There are two parents that are both trying to cope in their own way. And at times it really clashes, and it begins to chip away at their relationship. Another great thing about the show is that it really explores a marriage and what something like this could do to a couple.”

Defending Jacob is billed as a limited series, but with networks betting more and more on existing IP, it’s not completely out of the question that there could be more.

“I guess one could do more,” says Bomback. “It wasn’t conceived as anything but a limited series. To me, it ends. If I never spent another minute with these characters, I could certainly think about what would happen with them and feel like it has an ending that hopefully has a lot of resonance to it, and isn’t leaving you saying, ‘Oh, I can’t wait to see what happens next with them.’ But more of, like, ‘I have horrible thoughts about what might happen next to them.’ That, to me, is a more interesting way to leave them. But that said, I would never preclude the possibility that an idea would occur to me to say, ‘Oh, I know what happens to this family now and it’s a new chapter.’ But I would really only pursue that if I felt it was as riveting a story as the story we just told.”