When Dennis Franz learned on Sunday that his longtime friend and former TV boss, Steve Bochco, had died after a battle with cancer, he simply could not process what he was hearing.

“It was a day of shock for me,” the actor on Tuesday told The Hollywood Reporter. Bochco was 74.

Knowing one another for decades and working together on some of television’s most iconic, groundbreaking programs, Franz simply could not wrap his mind around the loss of the the strong-willed writer and producer who created Hill Street Blues, NYPD Blue and L.A. Law, among other shows.

“I consider Steven to be a leader and a visionary in television,” says Franz, who played Detective Andrew “Andy” Sipowicz for the full 12-season run of ABC’s NYPD Blue. “He left such a beautiful legacy of so much memorable work, which to me puts him in an icon status.” 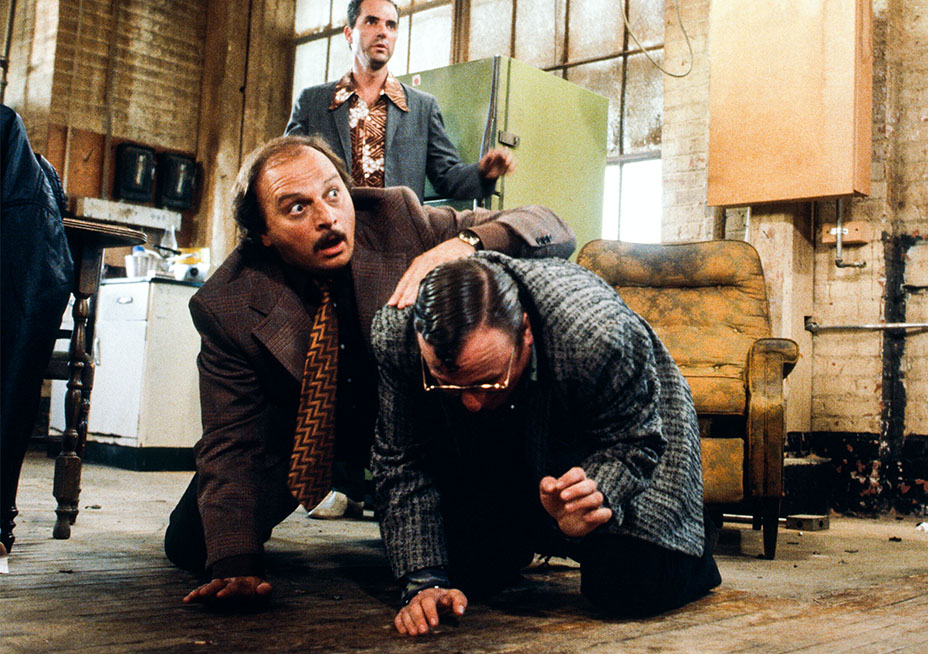 Franz tells THR the part of Sipowicz was created for him and he was cast six months before there was an initial script, but he was not thrilled about the role at first. And it took an important lunch with Bochco to help him settle in, Franz says.

“I read about my guy, and I thought, ‘Who is going to care about this guy?'” the actor recalls. “He gets shot at the end of the pilot, and I thought, ‘Who is going to care if he lives or dies? He is a womanizer. He is a drunk. He is a racist. He is a loose cannon. He is a bad cop and bad man.’ And I expressed those feelings to Steven, and he said, ‘You know, you will find a way to make him sympathetic.’ And I asked how I was going to go about that, and he said, ‘It is inherent in your personality. You have this.’ And never did he say, ‘You’re right, we’ll change the character.'”

Sipowicz would ultimately become the focal point of the series as the seasons progressed and a pop-culture icon in his own right.

Franz and Bochco would go on to meet at least once a year for lunch to discuss the show and ideas they had for where it could go.

“Once you became one of Steven Bochco’s actors — which many actors wished they could do — you’re very proud to be a part of his group. He took you into his confidence and made you feel really special,” Franz says. “He was aware of his impact on people, especially those working on his shows. So, when he did come by, it was just to give you a hug and say hello. So, in that respect, he was very hands-off on production and allowed everyone to do their work as comfortably as possible. But, he was very hands-on when it came to the show itself, the editing and overview of it all.” 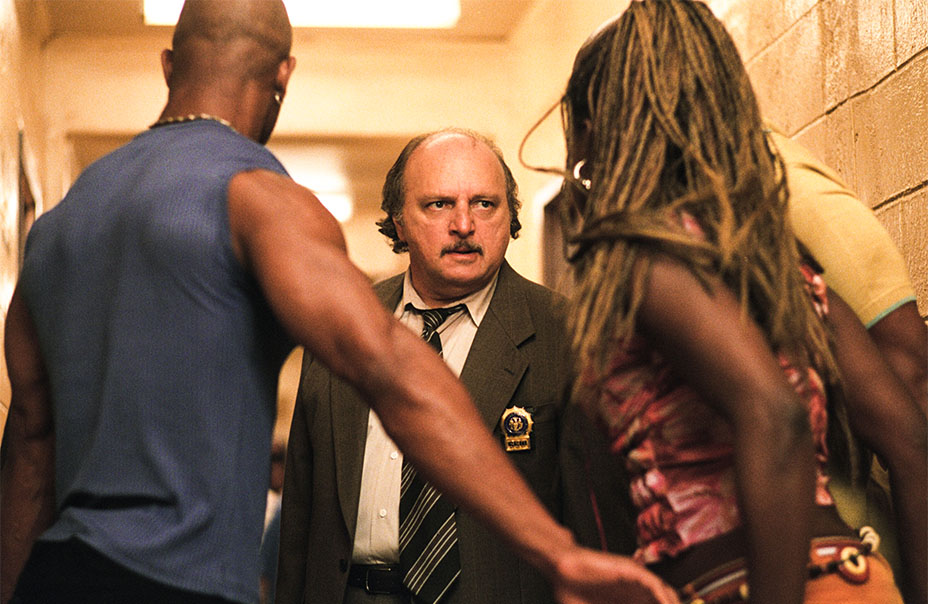 More than any other quality Bochco exhibited, Franz was in awe of the late writer-producer standing his ground with the networks to fully realize his vision for his shows.

In particular, the partial nudity on NYPD Blue when it premiered in September 1993 caused quite a commotion. But Bochco didn’t flinch, Franz remembers.

“The partial nudity was one of the requests that Steve strongly asked for in the beginning of the production from the network,” Franz recalls. “He wanted to push the envelope quite a bit. So a lot was made of that. I always had great respect and admiration for his uncompromising artistic vision. He just didn’t want people to tell him what he couldn’t do. When you think about it, a great painter, you can’t tell them, ‘You can’t have this or that color.’ That’s the way Steven was as a writer and as a visionary.”

Of course, that also meant it was just a matter of time before it was Franz’s turn to show some skin.

“[David] Caruso, in every episode, he had to bare his ass,” Franz relates. “And we were shooting on the streets of New York, and the show had been on for a couple of weeks, and people passing by would yell out, ‘Yo, Sipowicz! When are we going to see your ass?!'”

The actor continues, laughing, “So later comes the script and Steven said, ‘Your turn has come.’ Everyone signed a nudity clause, so yes, everyone knew there was a possibility. And yes, you look in the mirror at your ass and think, ‘Oh, Christ, what am I going to do about this thing?!’ So I started to exercise, but then stopped because I thought, ‘This is not going to work, so to hell with it. I am what I am.’ It turned out to be a playful, fun, silly thing. Fortunately the show was so much more than just bare asses.”

The pair’s final annual lunch would be to talk about how the show would end and what would happen to Sipowicz. Franz remembers it well.

“Of course me, just being an actor, I wanted a big explosion or something dramatic to happen, something very big,” he explains. “Steven said, ‘Nah. This has been a long journey of watching Andy grow over 12 years. And he’s not the guy he was when we started the show … so wouldn’t it be nice to see him move on and try to accept what he hated most — to be a leader? No big explosions. It is going to continue. It is going to go on.’ So that is why the show ended the way it ended.”

Indeed, Sipowicz’s story came to an end with Franz’s character promoted to sergeant, taking command of the detective squad.

Says Franz, “Once again, Steve had the foresight to see what was the correct way to go.”