The second season of HBO’s Italian series My Brilliant Friend brought back to the screen the rich and complicated friendship of Elena Greco (Margherita Mazzucco) and Lila Cerullo (Gaia Girace), who are each growing into their own — which means, at times, growing apart. Creator Saverio Costanzo returned to direct six of the second season’s eight episodes, set during 1950s postwar Naples. The Italian filmmaker spoke with THR about his working relationship with the series’ author, Elena Ferrante, the importance of casting his two leads and his plans for the series.

How did you decide where to begin season two, which picks up right where season one ended?

For me, this is the ninth episode, the ninth chapter of the book. So the first season is [leading into] the second season, but that’s only because we need to call them “seasons” because it’s a TV show. It’s going to be just one whole story. And this is because Ferrante was forced to split the book into four. I read an interview she did once [that said] for her, there was just one long book. So it was important for me to keep the message that the story was just one long story. Even the third season is going to begin from the end of the second. So it’s going to be always like this.

Ferrante is listed in the writing credits. Is she involved in the series at all?

Yes, she is. We basically structure the season, then we write the single episodes — the chapters — and then we send them to her and she makes judgments, notes. But I have to say I’ve been very lucky because she is one of the most known writers working nowadays and she can do with me whatever she wants — she could destroy me with a word. But in fact she was very open and gentle about the changes we had to make for an adaptation. She was never trying to maintain something that was very literal.

The show depends on strong performances from Margherita and Gaia. How did you decide to pick them to lead the show?

With Margherita, it was the fact that she was authentic every time. When we did the first audition with her, she wasn’t an actress — she’d never acted in her life before. I was impressed by the fact that whatever she was saying in the audition, it was like she wasn’t really acting. She was just there. For Gaia, she was studying theater. She wanted to be an actress since she was 12. So she was very passionate about it. We found a tiger. She is incredible. We saw something like 9,000 girls for these two roles, and we did something like 3,000 auditions. But we had just two options, and the two options were Margherita and Gaia. We had no other choices. 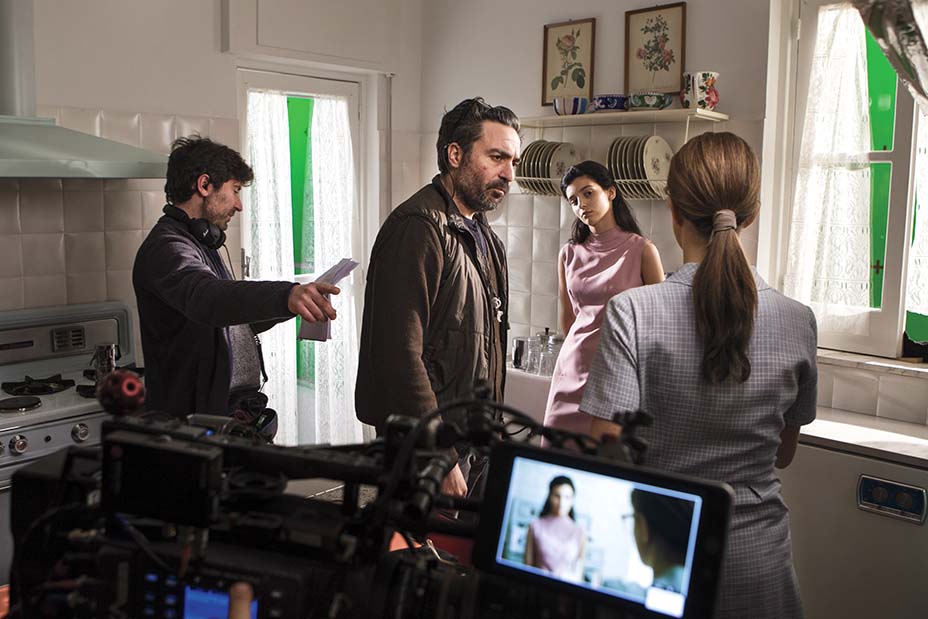 And is the plan for season three and four for them to continue playing Elena and Lila?

No. In fact, the third season should have been divided, cleaved into two, I mean. They should pass on their roles to adult women, between 35 and 45.

How would you describe your experience shooting the second season compared to the first?

Let’s say that the first season was like climbing Everest and just looking at our steps because looking up would be impossible — you’d be blocked by fear. Now, we know ourselves much better than the first season ­— we know our limits more, we know where we are good and what is working, what is not working, what we have to [do] better. So it was much more comfortable. The second season is like climbing the same mountain, but we could also look around at the beautiful view we had during our walk.