While there are an estimated 57 million Americans living with disabilities — including physical, physiological and psychological challenges — only about 2.5 percent of television characters and less than 1 percent of characters on film are portrayed as having a disability.

On July 31, members of government and the Hollywood community gathered for a daylong summit on Capitol Hill hosted by RespectAbility, a nonprofit that seeks to fight stigmas and advance opportunities for people with disabilities, to discuss the forces behind those statistics and how to change them.

The day’s panel discussions included members of Congress and the Senate, athletes, television personalities and journalists who live with disabilities or advocate for the fair treatment of those who do.

Casting director Leah Daniels-Butler — who’s won acclaim for her work on such films as Precious and Lee Daniels’ The Butler as well as top-ranked network show Empire — hosted a conversation with actor and entertainment inclusion consultant Steven Tingus, a former advisor to President G.W. Bush who also happens to use a wheelchair.

The two addressed the ways Hollywood can help dismantle the stigma around disabilities. “I believe that the entertainment industry is such a powerful force in changing mindset for the better,” said Tingus to much applause. He highlighted the impact that Hollywood has had in fostering a broader understanding and acceptance of diversity — whether in regard to color, gender, identity or ability. “But too many of our communities work in silos,” Tingus said. “We need [allies] to build a bridge, and everyone needs to cross it together. Because if you don’t break down those barriers, you’re never going to change.” 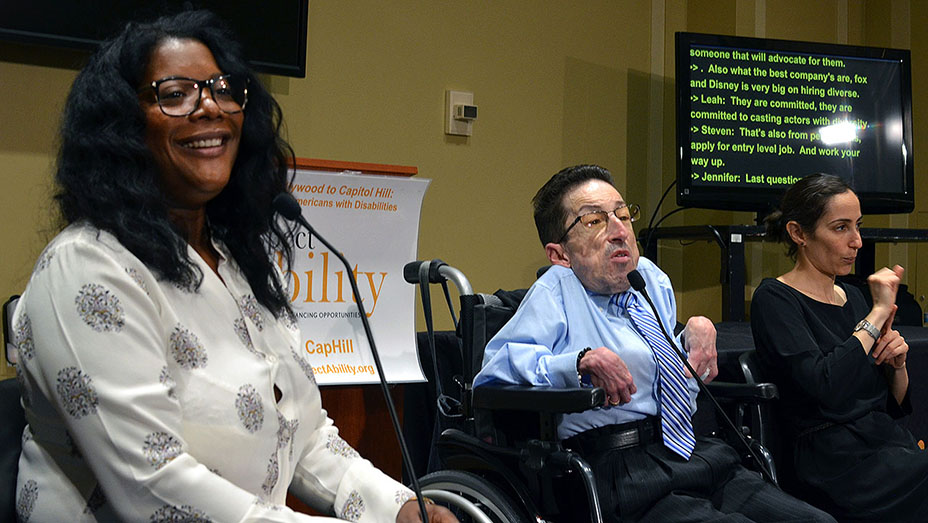 Tingus counts Twin Peaks director David Lynch and Academy Award winner Viola Davis — both of whom he’s worked with directly — among those who are working to demonstrate the importance and marketability of inclusion. Daniels-Butler, who was recently appointed to the board directors for the Casting Society of America (CSA), talked about her work within the industry to help pioneer inclusion as the new normal. In partnership with advocacy groups such as SAG-AFTRA EEO & Diversity, GLAAD, the California Association of the Deaf and the NAACP, she said, the CSA National Inclusion and Diversity Committee is working on “a definitive, A-to-Z handbook” for the entertainment industry about how to step up its game when it comes to inclusion and diversity. There also are plans to hold open casting calls for performers with disabilities and a biannual inclusion and diversity expo.

Tingus — who began working with Daniels-Butler after she reached out to him when she was looking to cast two characters on Empire who live with hidden disabilities — gave props to Shonda Rhimes for helping set a new standard for inclusivity in entertainment. Daniels-Butler also cited the production teams from Transparent and This is Us, pointing out that it’s a group effort to achieve these goals of inclusion.

Panelist and television personality Marc Summers (of Nickelodeon’s Double Dare fame — and who also has been outspoken about living with a “crippling level” of OCD) noted that Hollywood has a knack for sensing when walls of perception need to be broken down. “Hollywood breaks down barriers and opens doors quicker than anyone else. There’s so much acceptance of diversity happening right now in production companies, I think the question we need to asking next is: How do we make that happen in the rest of the world?”