After production was halted earlier this year because of the pandemic, Discovery Channel has set a Dec. 3 return for the robot combat series. Sixty teams from across the world, from rookies to veterans, will take part in the tournament as they compete for the “preeminent prize in robotic sport: The Giant Nut.”

Sportscaster Chris Rose and UFC fighter Kenny Florian return to provide play-by-play commentary, while Jenny Taft reports from the builder pits and Faruq Tauheed is the ring announcer. In addition, a new expert will be joining the commentary team: the Bot Whisperer, aka BattleBots veteran and robot guru Peter Abrahamson.

The show returned to production with strict health and safety protocols, constant supervision and regular testing, and without a live audience. Instead, the spectators were the teams themselves, watching all the action (and their competitors) from specially constructed “opera boxes” placed around the giant BattleBox arena.

Each match consists of two remote-controlled robots competing in a single, three-minute round with the goal of destroying or disabling their opponent. If there is no knockout during the battle, a panel of judges will declare a victor. The ultimate goal is to qualify for the 32-team, single elimination World Championship Tournament, culminating in the award of The Giant Nut at the end of the season. 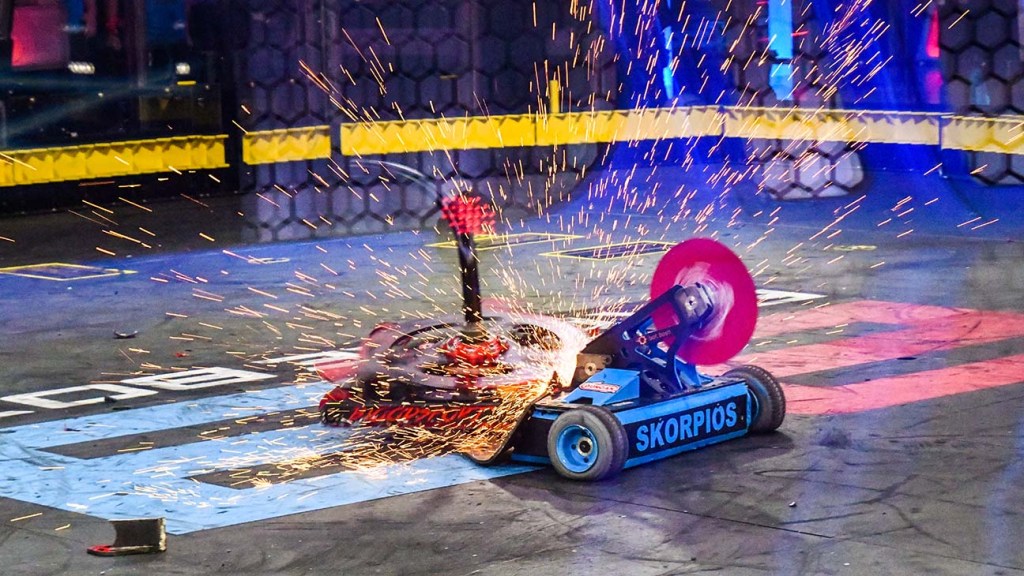 Each episode highlights the design and build of the competing robots and profiles the teams behind them, which include families, university students and more from all walks of life. Every machine is homemade and constructed from a variety of materials with custom-built weaponry to destroy the competition. The youngest competitor is just 11 years old and this season’s lineup includes the first-ever 500-pound walking robot.

The action kicks off with a battle between former world champion Ray Billings with his bot Tombstone and Jack Barker’s End Game from New Zealand. Other competitors include Whiplash, SawBlaze, Captain Shrederator, Lock-Jaw, Bloodsport and Skorpios.

Watch a sneak peek of the new season below.