HBO has gotten Donald Trump and Meryl Streep together for its new Independence Day special.

The pay cable network has set The Words That Built America — which features readings from The Declaration of Independence, The Constitution and The Bill of Rights — from director Alexandra Pelosi and narrator David McCullough. Naturally, the 45-minute documentary will debut July 4.

Pelosi, the filmmaker daughter of congresswoman Nancy Pelosi, has gathered a roster of A-list celebrities and living U.S. presidents, vice presidents, U.S. senators, Supreme Court justices, governors and titans of media to participate in a unabridged reading of the authentic words of the nation’s founding fathers. The participants include a range of Americans from across the political spectrum.

“When you hear the words of our founding fathers read by such an illustrious group of people, it serves as a potent reminder of the dreams that launched this democracy,” says HBO Documentary Films president Sheila Nevins, who will serve as an executive producer on the project alongside Pelosi and senior producer Lisa Heller.

The special, which will later be donated to the National Constitution Center for use in its ongoing educational programming, marks Pelosi’s 11th collaboration with HBO, following such docs as Meet the Donors: Does Money Talk?, Diary of a Political Tourist, Citizen U.S.A.: A 50 State Road Trip and Journeys with George. 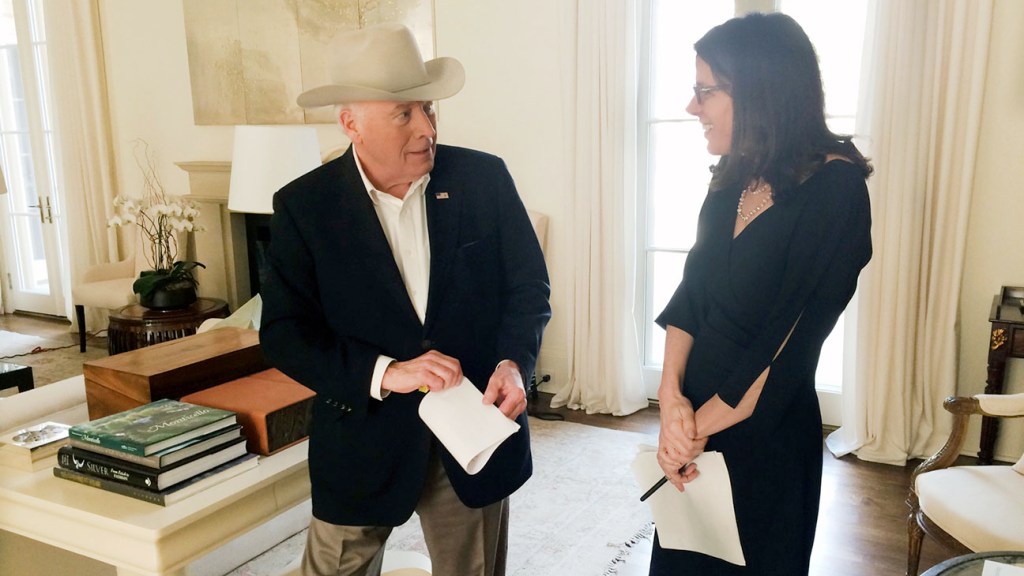