Doug Crane, who drew Spider-Man, She-Ra and He-Man cartoons and worked on films including Heavy Metal and Beavis and Butt-Head Do America during his six-decade career in animation, has died. He was 85.

Crane died Thursday in Stuart, Florida, after a short battle with cancer, his daughter Rose-Ellen reported. His wife of 61 years, Maureen, an inker/painter whom he had met at Terrytoons in 1956 on his and her first day there, died two days earlier.

A Clio Award recipient, Crane also worked for Hanna-Barbera, Paramount, MTV, Filmation, Oriolo Films and Zander Animation Parlour and served as a professor of animation at his alma mater, the School of Visual Arts, for 15 years.

His credits also included the features Raggedy Ann & Andy: A Musical Adventure (1977), Pinocchio and the Emperor of the Night (1987), BraveStarr: The Legend (1988) and Happily Ever After (1990) and lauded commercials for Crest toothpaste (courtesy of the Cartoon Brew website) and The Wall Street Journal.

Born in Bronxville, New York, Crane was one of eight kids in his family. “Often, it could be pretty tough trying to get my two cents into a conversation around the dinner table,” he said in a 2012 interview. “It dawned on me that I could get my point across and also vent my frustrations by drawing pictures, usually of myself with my cartoon mouth wide open with balloon blurbs saying stuff like, ‘Bobby, Shut Up!’ or, ‘Betty, Be Quiet!'” 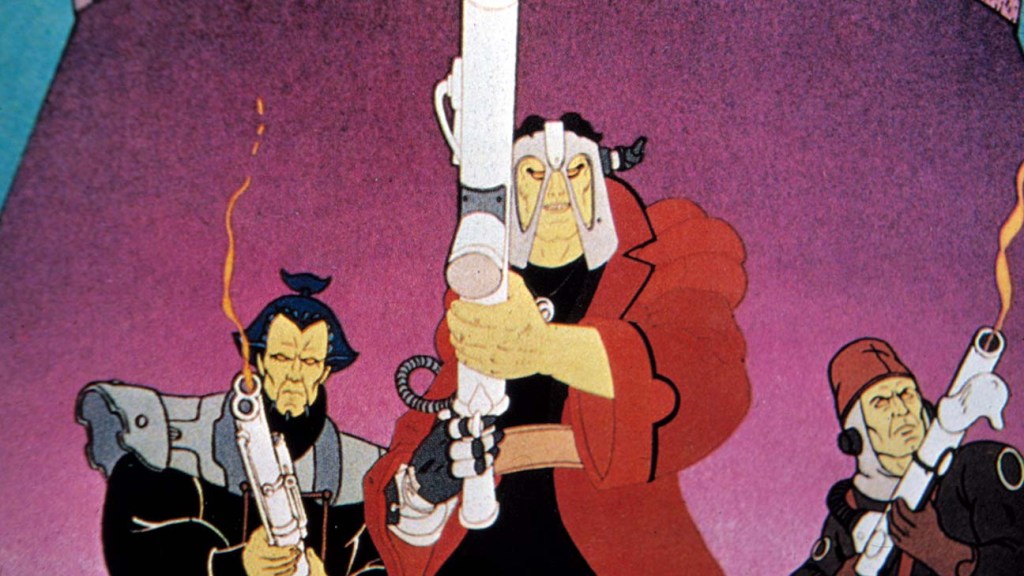 After graduating from Eastchester High School and the Cartoonist and Illustrators School (now known as SVA) in Manhattan, Crane landed a job in the ink and paint department at Terrytoons, located in New Rochelle, New York. Then, in the U.S. Army, he created a comic strip called Tiptoe and Timber that ran in military newspapers.

He returned to New York after some time in California at the request of William Hanna to open and operate the Hanna-Barbera East studio with Red Augustson.

Crane also worked on Mighty Thor in the 1960s, Challenge of the Superfriends in the ’70s, The Smurfs in the ’80s and the Beavis and Butt-Head film and MTV/Comedy Central series in the ’90s.

Crane’s “ability to walk the streets of New Rochelle and New York City and always bump into someone he knew or worked with was unparalleled but not surprising when you are lucky enough to be able to do what you love, in a city you love, for your entire career,” his daughter Rose-Ellen wrote.