Dwayne Hickman, who starred as the hopelessly in love high school kid on the popular CBS comedy series The Many Loves of Dobie Gillis, has died. He was 87.

Hickman, who also starred as a crazy teenager on The Bob Cummings Show, died Sunday morning at his Los Angeles home of complications from Parkinson’s disease, publicist Harlan Boll announced.

Dobie’s quest for love often was capsized by his grocer father (played by Frank Faylen) or something goofy that Maynard had done.

Rosmarie Trapp, Whose Family Inspired 'The Sound of Music,' Dies at 93

The show began with a Dobie monologue such as this: “My name is Dobie Gillis and I love girls. I’m not a wolf, mind you. A wolf wants lots of girls, I just want one.”

Hickman also performed in films, most notably as a con man in Cat Ballou (1965) opposite best actor Oscar winner Lee Marvin and Jane Fonda and in the 1965 beach party movies How to Stuff a Wild Bikini and Dr. Goldfoot and the Bikini Machine.

During the rebellious 1960s and early ‘70s, with the Vietnam protests and hippie movement in full force, Hickman’s clean-cut persona was out of vogue, and his acting career faltered.

His older brother is Darryl Hickman, a former child actor who appeared in such films as The Grapes of Wrath and later became a program executive at CBS.

He earned a degree from Loyola Marymount University (Denver was a fellow classmate) and during college turned down a job at a utility company to play Cummings’ nephew Chuck MacDonald in 150 episodes of The Bob Cummings Show.

The series ran for five seasons on NBC and CBS, and Rosemary DeCamp portrayed Hickman’s mom. (Future Brady Bunch star Ann B. Davis played photographer Cummings’ secretary.) It all led to Hickman’s gig on 20th Century Fox’s Dobie Gillis, which was based on a 1951 collection of short stories written by Max Shulman. (The series was preceded by the 1953 film The Affairs of Dobie Gillis, with Bobby Van as Dobie.) 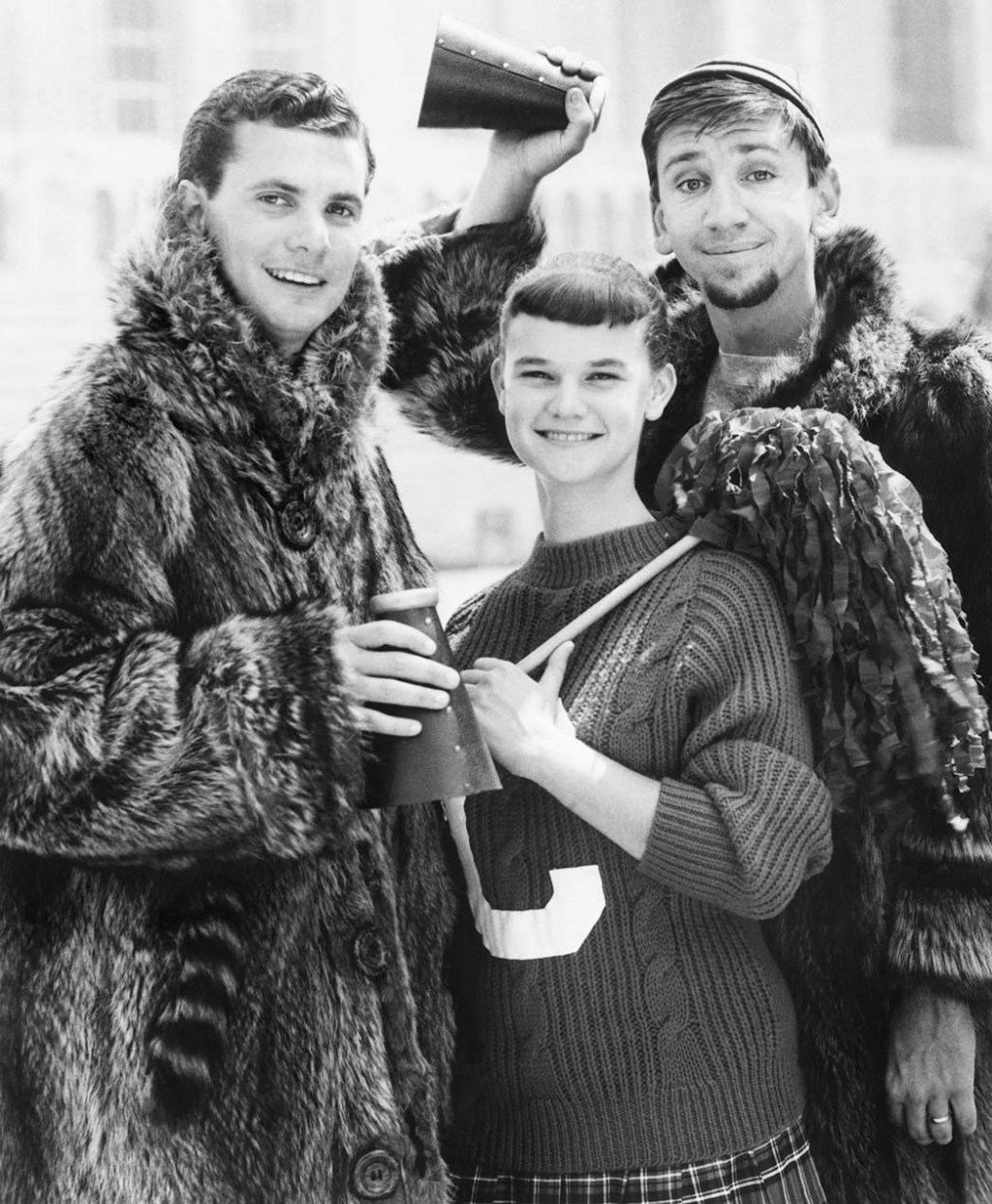 In 1983, Hickman appeared with Denver in the NBC television movie High School U.S.A. Five years later, he produced and starred in Bring Me the Head of Dobie Gillis, which also reunited him with Denver and Dobie stars Sheila James Kuehl (Zelda Gilroy) and Steven Franken (adversary Chatsworth Osborne Jr.).

Hickman never reached the peak of popularity that Dobie Gillis brought. “I suppose, if you could choose, you would divide your life up in thirds and take your greatest success in the last third. That would probably be healthiest. But you don’t get the choice, and you take it whenever it is given to you,” Hickman told Esquire magazine in 1982.

In a 2013 conversation for the Television Academy Foundation website The Interviews, Kuehl said she loved working with him. “He understood his role as the straight man,” she said. “Zelda was very busy around him all the time and Maynard was in his own world, and he had all the good lines. … Dwayne was very comfortable and generous.”

Hickman’s other TV credits include The Lone Ranger, The Loretta Young Show, Wagon Train, Ironside, The Flying Nun, The Mod Squad, Combat, Ellery Queen, Murder, She Wrote and Clueless. He had a role as a lighting emporium owner in the 1998 film A Night at the Roxbury.

He wrote a 1994 autobiography, Forever Dobie: The Many Lives of Dwayne Hickman, and developed another talent, painting. He had a penchant for picturesque buildings and vibrant flowers.

Hickman married to actress Joan Roberts, whom he met while she was co-starring in TV’s Private Benjamin, in 1983. The couple had a son, Albert. He had another son, John, from a previous marriage to actress Carol Christensen.

Donations can be made to The Actors Fund or DreamClub United, an organization founded by his son Albert that supports local humanitarian programs.