In July 2013, Breaking Bad held its final season premiere on the Sony lot. Though champagne flowed in the RV for stars Bryan Cranston and Aaron Paul, the relatively understated event felt like a party for a TV show: It was rather contained, considering that the series had become a national obsession ahead of its final batch of episodes.

Monday’s premiere for El Camino: A Breaking Bad Movie, the upcoming Netflix film from writer-director Vince Gilligan, was big enough to rival nearly any other movie premiere in town this year. It felt like this world’s equivalent of an Avengers event — with dozens of stars attending from across the Breaking Bad universe, which also includes the prequel spinoff Better Call Saul on AMC.

Bleachers were set up outside the Regency Theatre in Westwood to allow hundreds of fans to scream for their favorite actors. Men dressed as DEA agents canvassed the crowd, offering a $5 million reward for the capture of Jesse Pinkman, the character last seen in the Breaking Bad finale, having escaped from an Aryan Brotherhood compound in old El Camino after being held there for months. (The number they ask people to call is a Netflix promotion: 505-336-9828.) 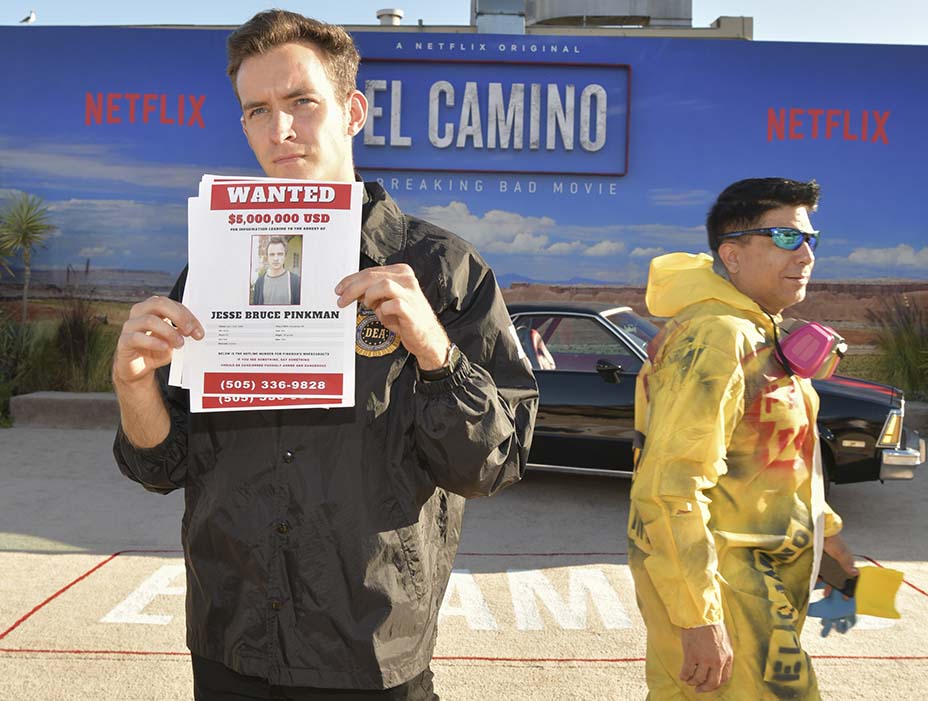 Paul, who reprises his role as Pinkman in El Camino, showed up after a low-speed police chase through the streets of Westwood (televised on a big screen for fans), and spent the next 30 minutes signing autographs. The actor noted that he had spent time thinking about what happened to his character following the events of Breaking Bad.

“I thought it was such a perfect ending, to leave it sort of ambiguous,” Paul told The Hollywood Reporter of the series finale. “I think what [Gilligan] did with this next chapter was so beautiful. It might have lined up with what I was thinking. I kind of want [Jesse] to be OK. And maybe that is the case.”

Gilligan first conceived of the notion of a Pinkman-focused spinoff shortly before Breaking Bad wrapped in 2013, but kept the idea to himself until approaching members of his inner circle, and eventually Paul, last year.

Gilligan famously took a risk when co-creating Better Call Saul, the prequel series starring Bob Odenkirk as the lawyer known to Breaking Bad fans as Saul Goodman. The show has since been a success with critics and audiences. 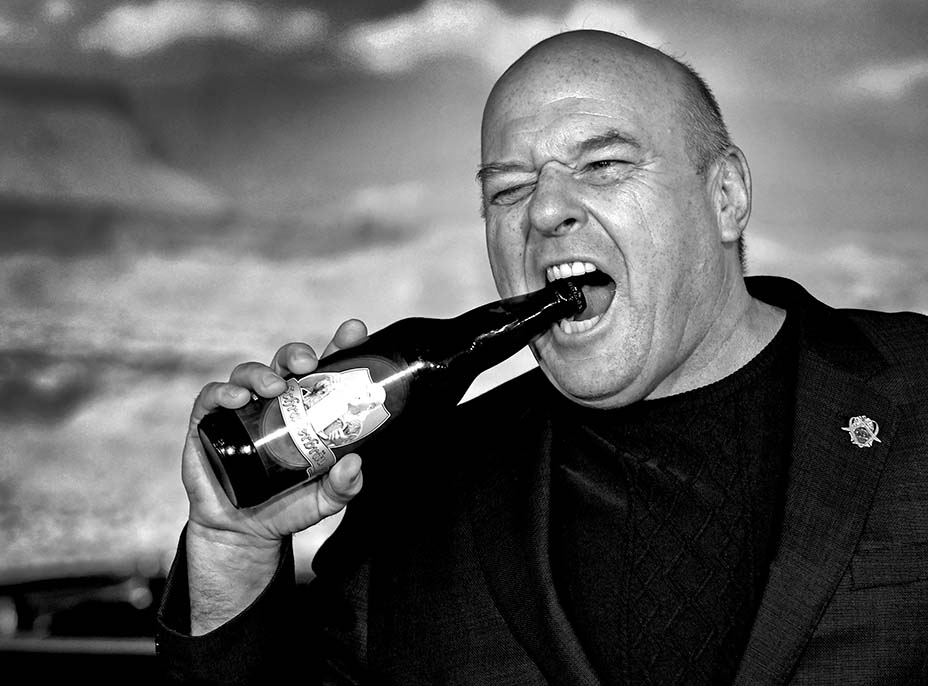 El Camino is set to debut Friday on Netflix, and will also be in theaters in 68 cities before airing on AMC early next year. Gilligan has purposefully kept the film shrouded in secrecy, with an August teaser trailer announcing a title and release date only after the creator had wrapped postproduction. A full trailer in September showed little in terms of plot. This much is known: El Camino takes place shortly after the events of the Breaking Bad finale, which left Walter White (Cranston) dead and Jesse on the run. 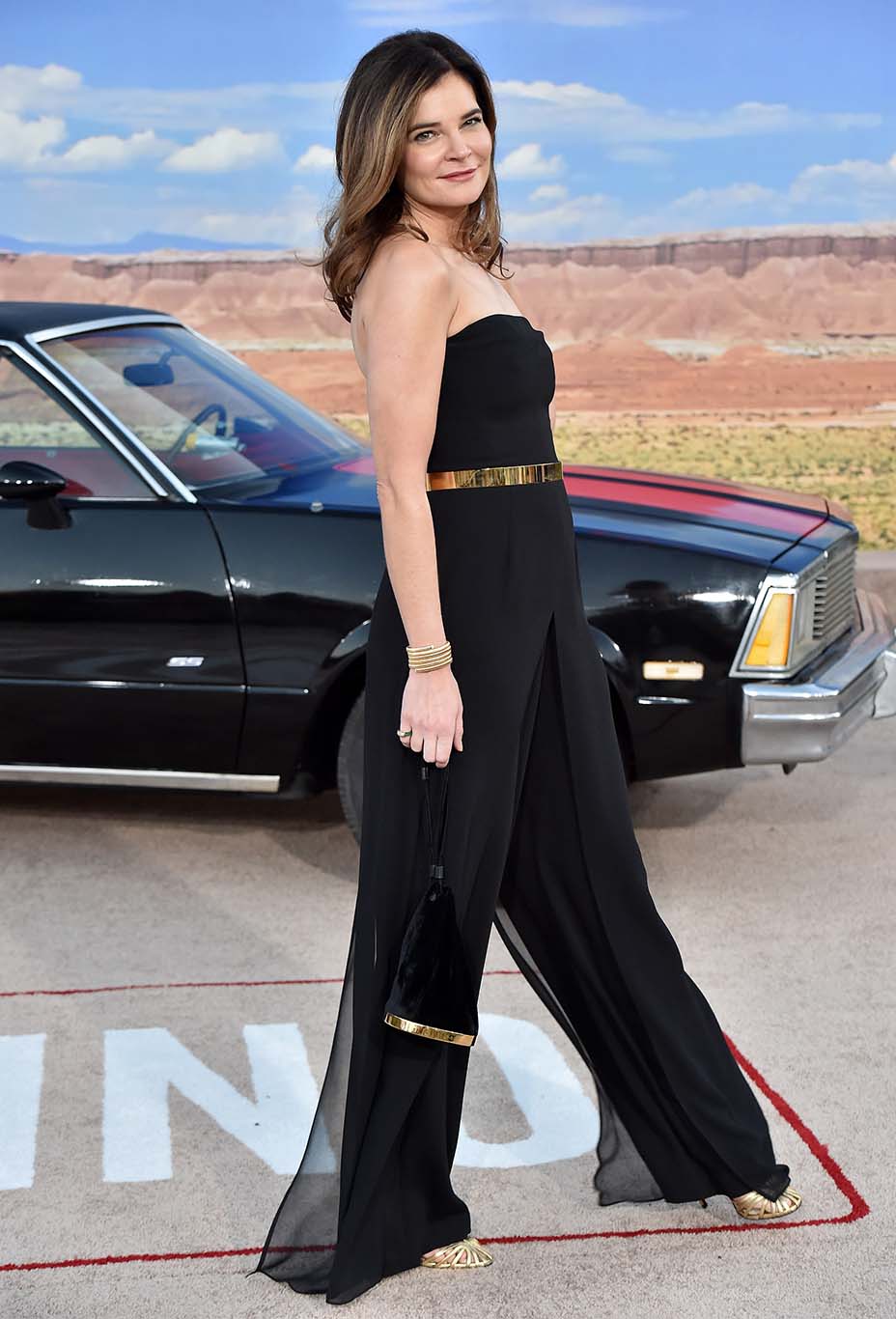 Though THR reported in its Sept. 18 cover story that more than 10 familiar characters will appear in El Camino, only Jesse, Skinny Pete (Charles Baker) and Badger (Matt L. Jones) are confirmed. Secrecy is so high that members of the Breaking Bad and Better Call Saul family declined to even acknowledge whether they had visited the film’s set, much less if they had cameos. Rhea Seehorn, who plays Kim Wexler on Better Call Saul, noted of the upcoming season five of her show: “It was a very challenging season, but in the best way. It was difficult mental and physical gymnastics for everyone.”

“It was fun investigating even more this person who tries so hard to keep this poker face facade and what’s happening underneath,” the actress added.

Perhaps the biggest cheer of the night came when Cranston showed up and Paul ran over to embrace him with a long hug. 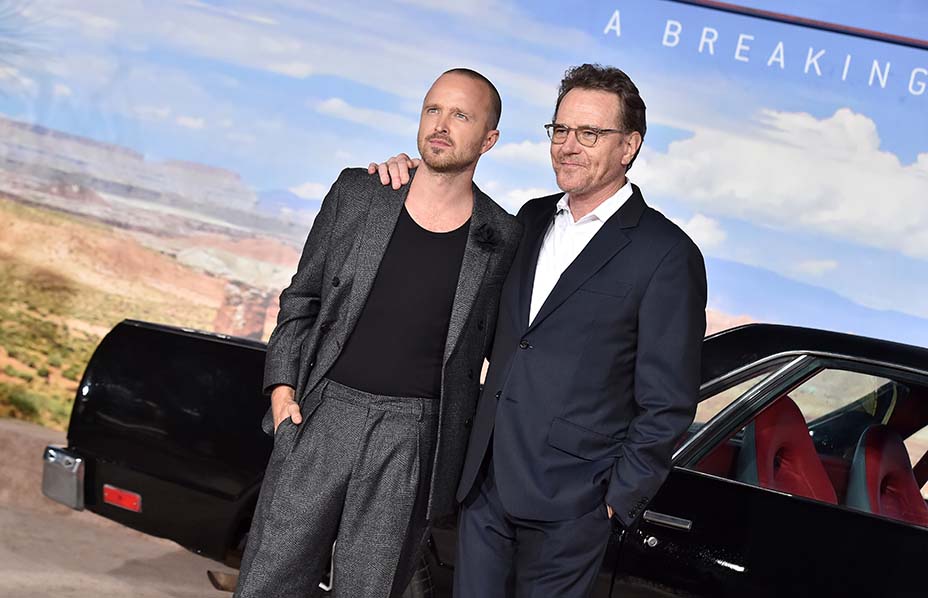 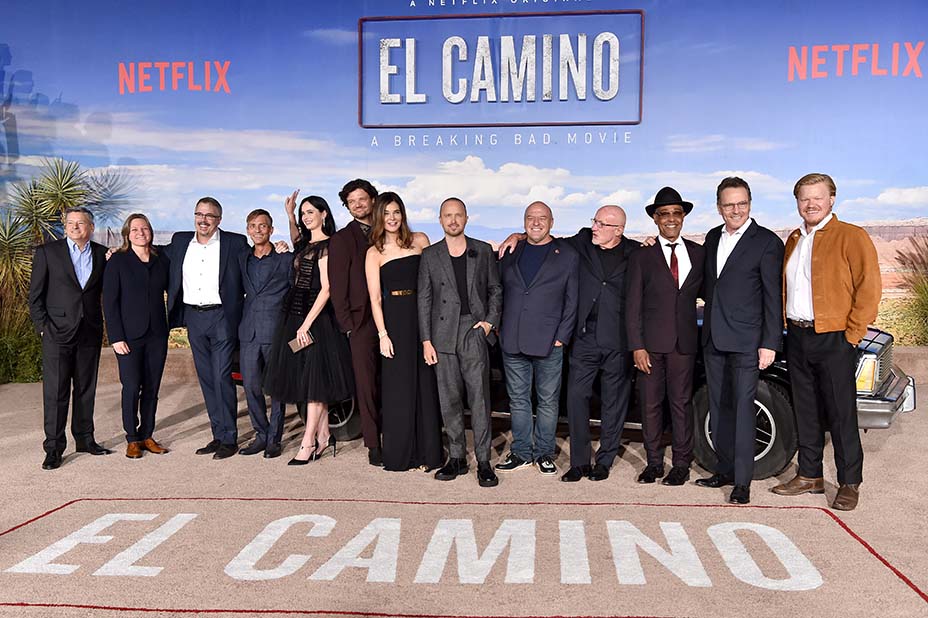