Elena of Avalor is welcoming some famous faces to its voice cast for season two.

The show has booked Whoopi Goldberg, Steve Buscemi, Cloris Leachman, Rosie Perez and Mario Lopez and his daughter, Gia, as guest stars for the second season, The Hollywood Reporter has learned.

In addition, the season-two premiere has been set for Saturday, Oct. 14. The show will premiere at 9 p.m. ET on Disney Channel and at 11:30 a.m. ET on Disney Junior, with a special Dia de los Muertos-themed episode titled “The Jewel of Maru.” Elena is visited by the ghosts of her parents on the Day of the Dead and meets another ghost named Amalay who stands watch over the powerful Jewel of Maru.

Goldberg and Leachman, along with Tony Plana (Ugly Betty), are set to play a trio of sunbirds named Lama, Hool and Qapa, respectively. Buscemi will voice a shape-shifting dolphin mob boss named Saloso. 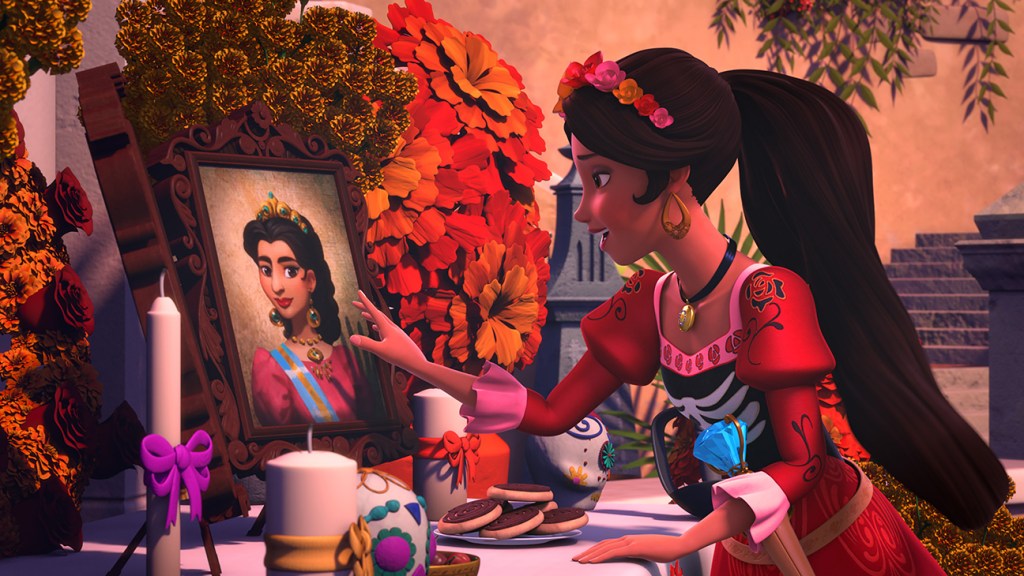 The series, a production of Disney Television Animation, was created and is executive produced by Craig Gerber.

Below, watch an exclusive clip from the season-two premiere episode in which Elena sings a song titled “Make Them Proud.”