Elliot Fletcher is tired of talking about coming out as trans. The 23-year-old actor grew up in Los Angeles, the child of two voice actors. He came out at 17 in high school and booked his first role — on MTV’s Faking It — just three years later. Now, after parts on envelope-pushing shows The Fosters and Shameless, Fletcher is poised to break out with his first series-regular role: on FX on Hulu’s highly anticipated adaptation of Brian K. Vaughan’s beloved comic series Y: The Last Man (due in 2021). Fletcher, as he already has done three times, will play a transgender character on the series. Says showrunner Eliza Clark: “He had the perfect combination of vulnerability and humor we were looking for. He’s a smart and savvy actor and has an immense amount of heart. You just root for him.” Fletcher also appears as himself in the new Netflix documentary Disclosure: Trans Lives on Screen, which debuted June 19.

Next Big Thing: 'Triangle of Sadness' Star Harris Dickinson on Trying to "Keep it Level" Despite Fast-Rising Career

The 6-3 decision of the court is a great thing, not just for LGBTQ+ individuals, but for all Americans. But there is still a long road ahead to equality for every citizen of our country.

When was the first time you saw a version of yourself represented in film or TV?

Angel from Rent was the first character I saw that, for lack of a better term, bended gender in a way.

You’ve already done some powerful sex scenes, including a shirtless one on Shameless in which you revealed your scars. How involved are you when it comes to making sure those scenes are accurate to the trans experience?

Sometimes I am asked to provide personal things that happened in my life in order to give direction to my character’s storyline. But I try to remove myself from the creative process unless I truly feel as if something is inappropriate or is not true to the queer experience. There have definitely been times where I’ve spoken up and said, “Hey, I don’t think Trevor or Aaron or Noah or the other characters I’ve played would say stuff like that.” A lot of the time it is received well. 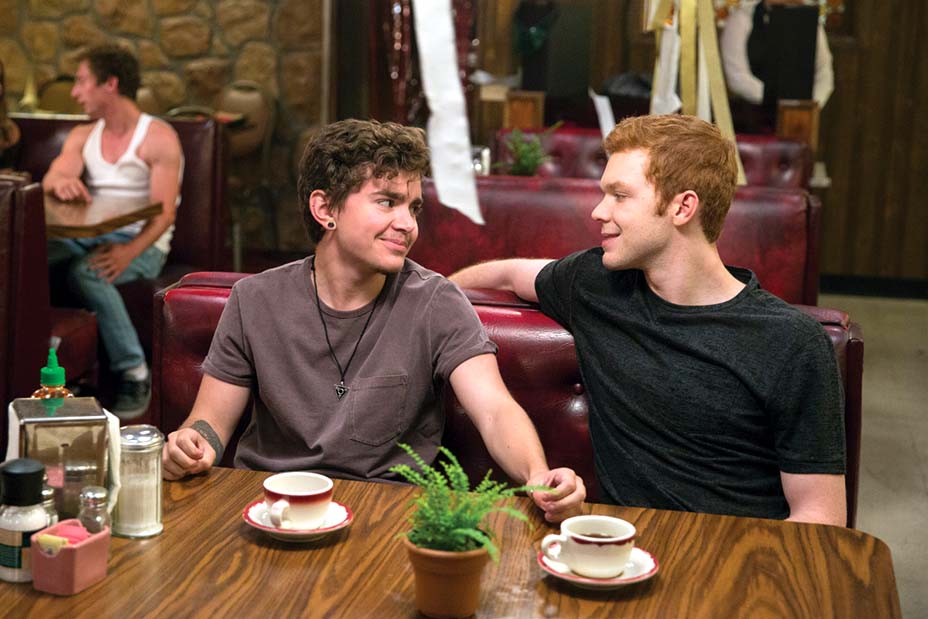 How will the new series explore gender and sexuality, given that its premise is how nearly everyone with a Y chromosome mysteriously dies?

Society’s perception of gender will hopefully be shattered because there are a lot of great conversations that this show will start regarding male privilege and the capability of women. There are a lot of misconceptions that people have relating to gender.

How have you seen roles for trans actors improve?

Right now if there is a trans character, a lot of the stories are what it means to be transgender and coming out. I hope a lot of that can fall away because we do everything just like everybody else. Some content — I love Pose — has leaned in that direction, but it doesn’t happen often. I don’t want to be put in a box of, I’m playing a trans person and that’s it. So, yes, I think it’s getting better — even if it’s not at the speed that some of us want it to be.

Is there a part you’re dying to play?

I don’t want to be some caricature version of a trans person. I want to play real people. The nerd within me wants to play a version of Bruce Campbell in Evil Dead. I’d love to be in a horror movie.