The red carpet at the 71st Primetime Emmy Awards on Sunday was full of sharply-dressed industry insiders. This year’s ceremony saw many fashion trends, including various shades of blue, color blocked gowns of pink and red and sequins and glittery gowns galore. Some stars customized their looks with brooches and lapel pins, jazzing up a suit by attaching a little accoutrement to their jackets.

RuPaul Charles, who has now won six Emmys for Drag Race after his latest win, arrived on the red carpet wearing a pink and black abstract floral print suit with a dramatic neck tie. He attended with his husband Georges LeBar, the Wyoming rancher who stole RuPaul’s heart over two decades ago. LeBar was sleek in all black, accessorizing with a Victorian-esque brooch decked out with chains on his suit lapel. 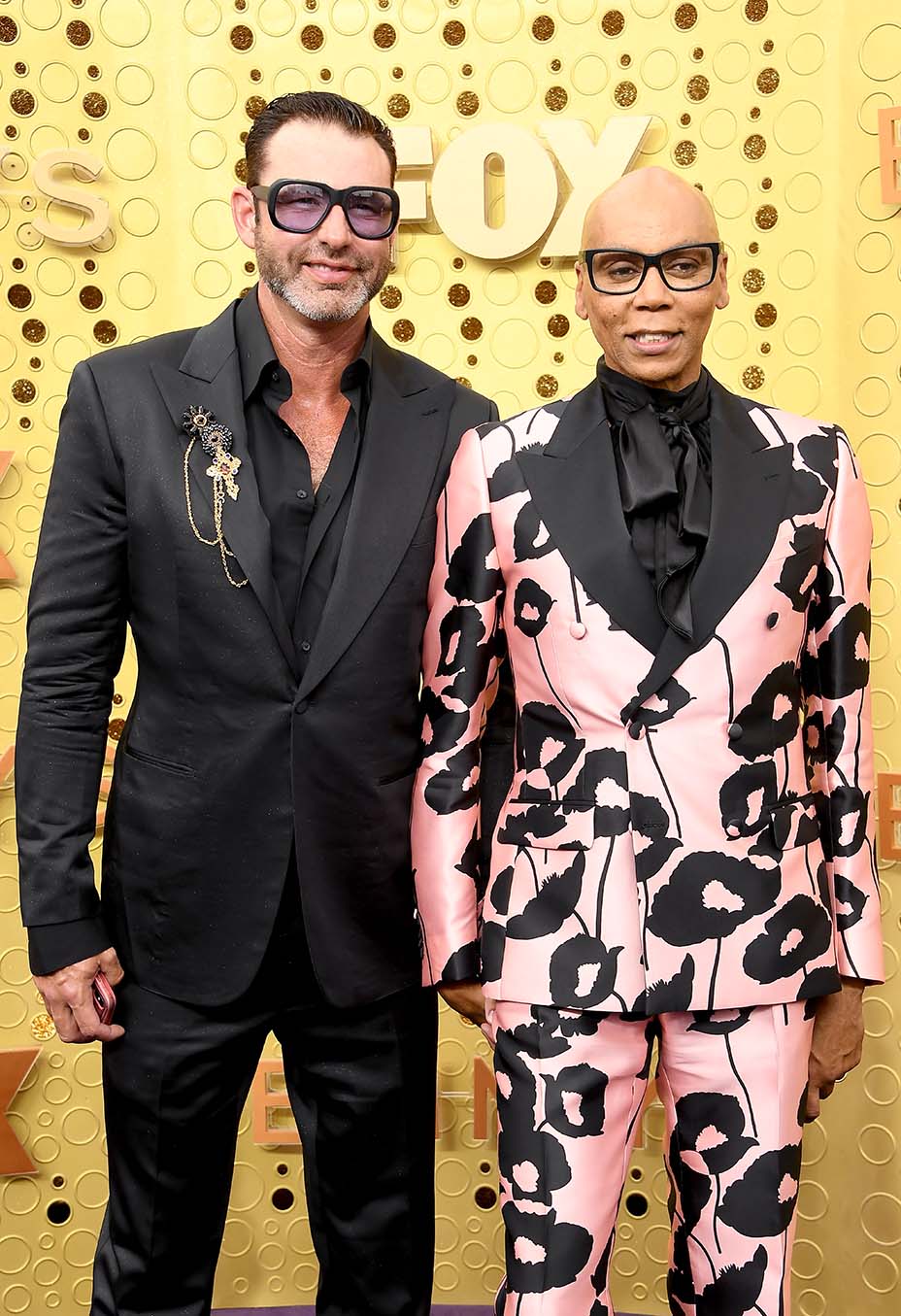 Jared Harris, who starred in HBO’s Chernobyl, which took home the Emmy for outstanding limited series, wore a pale gray Christian Dior suit and bow tie, Louboutin shoes and a Christian Dior lily of the valley brooch. The flower is Dior’s favorite, according to Harris’ stylist Michael Fusco. 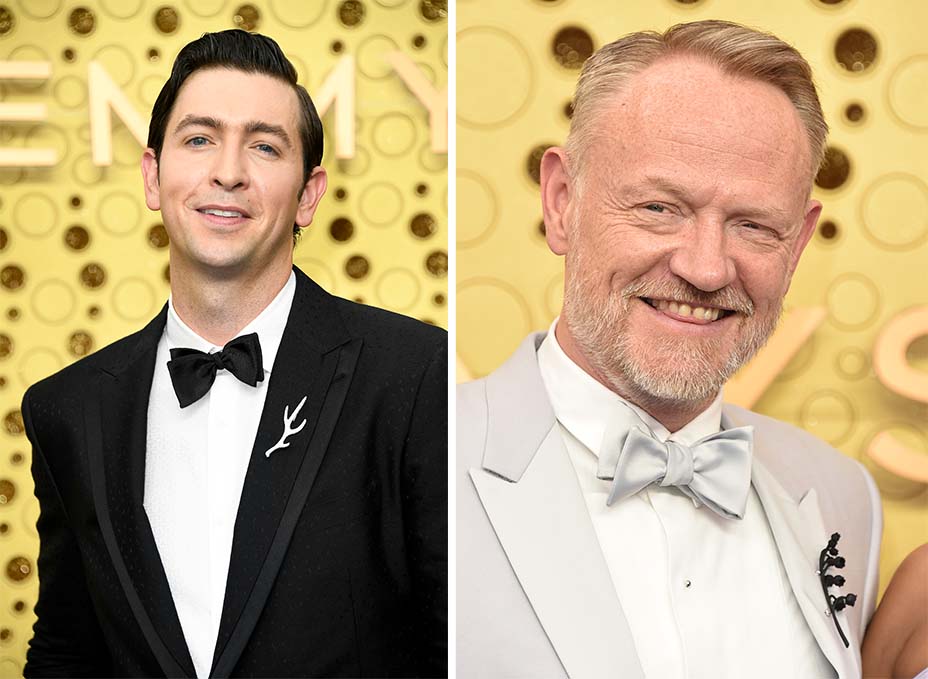 Fred Armisen has collected quite a few Emmys over the years, but this year he accompanied his partner Natasha Lyonne, who was nominated for outstanding lead actress in a comedy series for Russian Doll. He walked the carpet donning a black tuxedo look with black diamond detailing and added personality to the already-charming aesthetic by pinning a small silver bow pin with a dangling black skeleton hand. 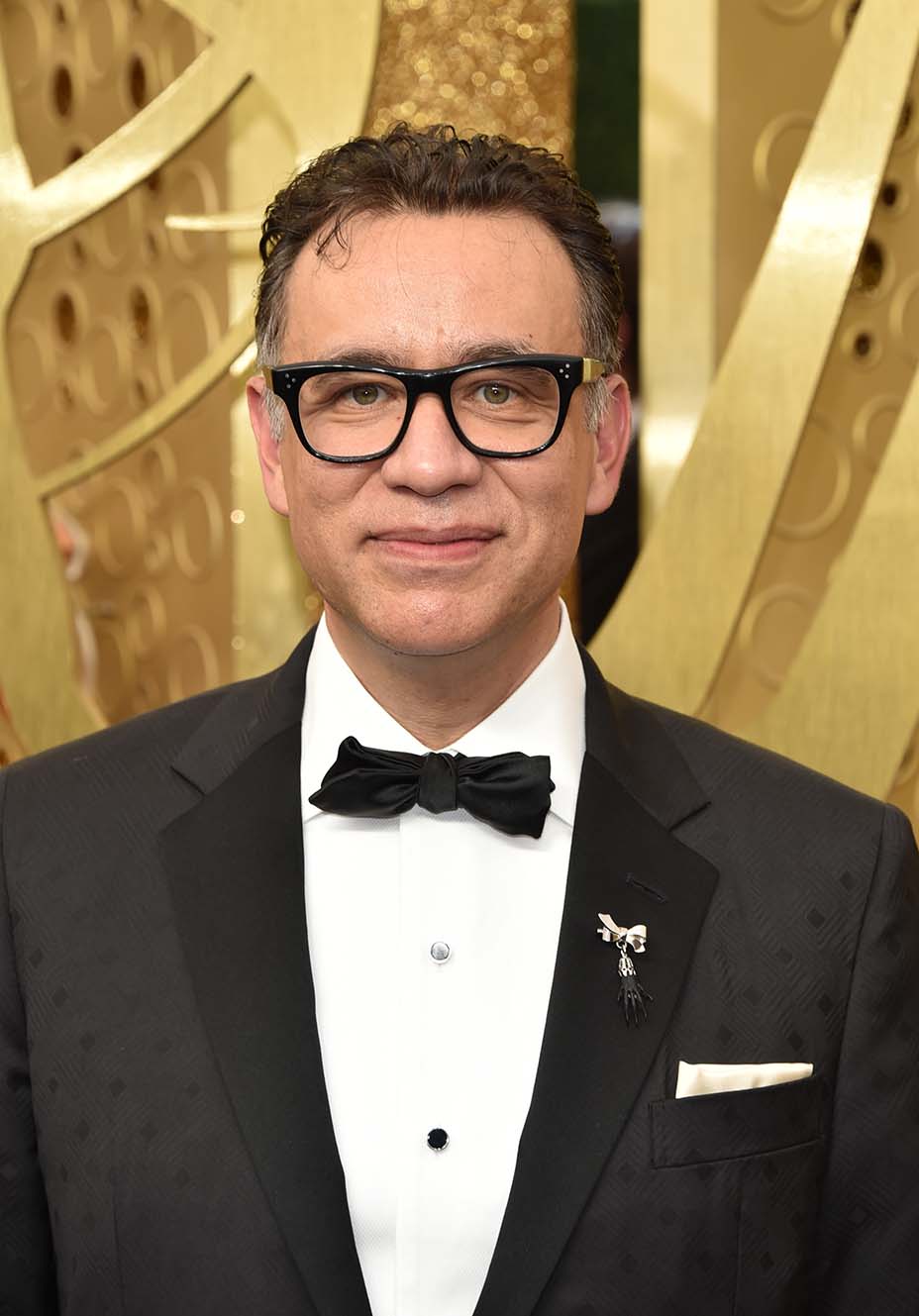 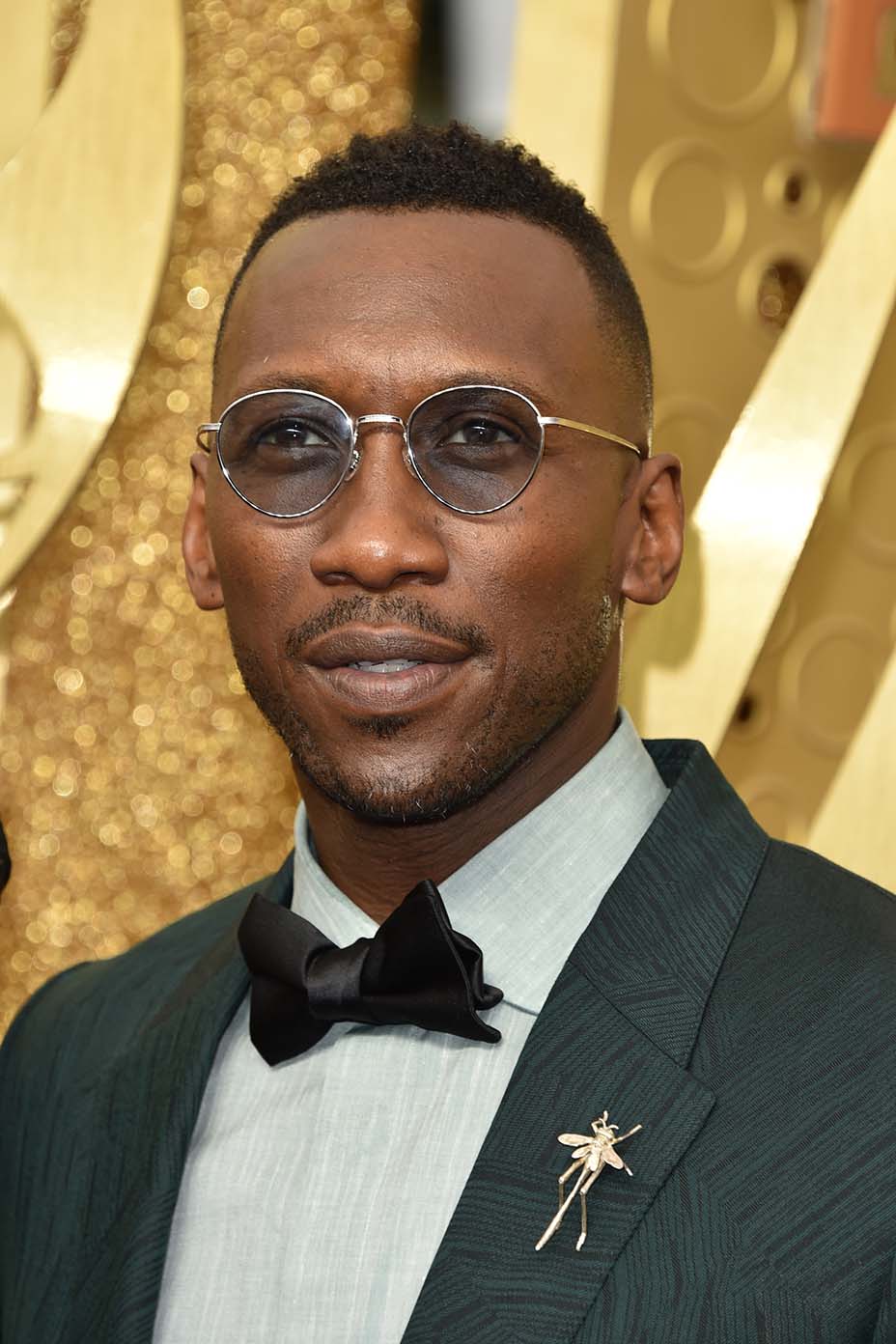 Among the women, Alex Borstein brought her A-game to the Emmys this year, joking in red carpet interviews that she would accept her awards sans-pants. Ultimately, Borstein wore a Kevin Bennett Couture custom purple gown with baroque monogram brooch-like embroidery that paired well with that shiny gold statuette. 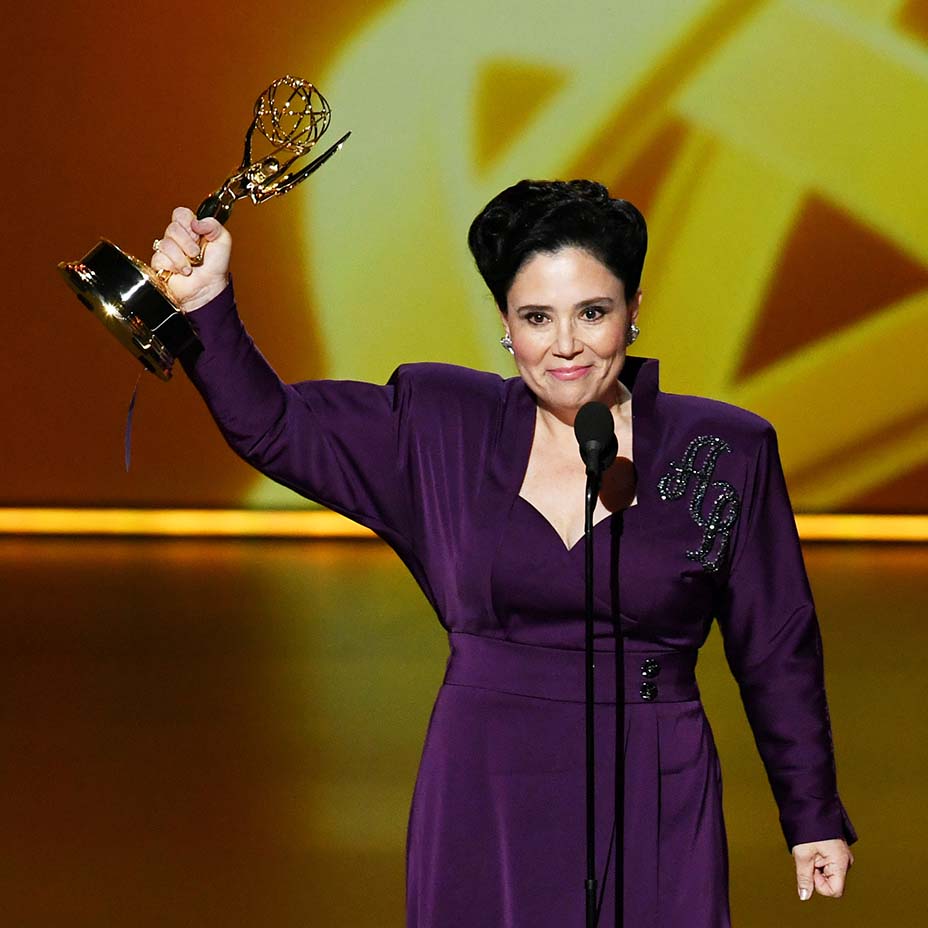