While it may seem impossible to outshine 20 looks in four days pulled from 12 suitcases, as Billy Porter did during London Fashion Week, the lead drama actor Emmy nominee for Pose never fails to reinvent himself.

“We’re living our fashion dreams, that’s for sure!” says his stylist and creative director Sam Ratelle. “I feel like people are expecting something obnoxious and grand, but I think [his look tonight is] going to be striking in a different way that just exudes class. I want to insure that, given that he’s just turning 50, this is a monumental moment for Billy and his career. Given that he were to win an Emmy award, I want to make sure that these photos are iconic for the rest of his life and history because we’re going to see them for a while.” 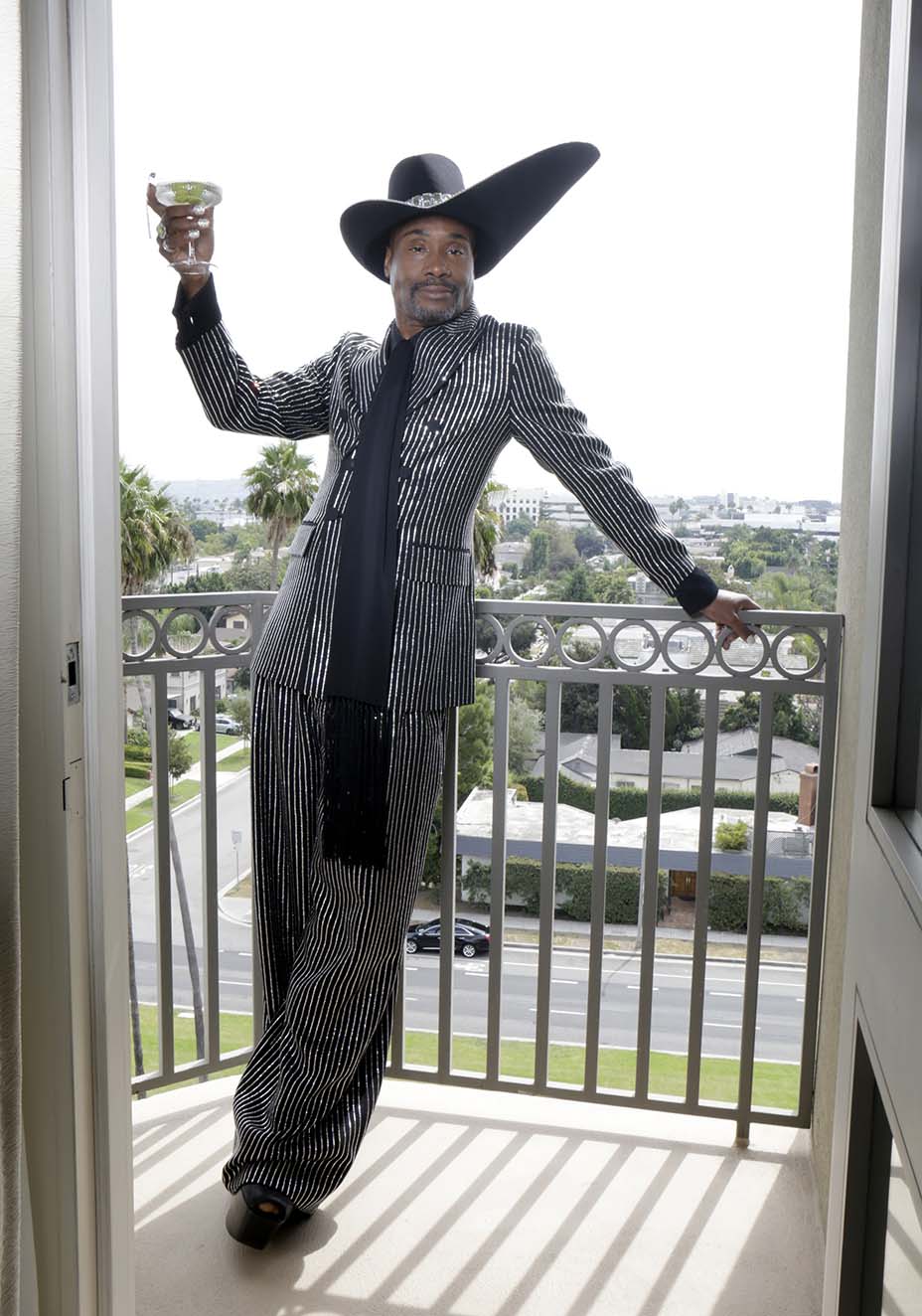 As for the backstory, Porter exclusively told The Hollywood Reporter last week: “We went to the Michael Kors show last year, and he was doing a Studio 54 theme and we loved that. So we went to him and asked him if he would collaborate with us for the Emmys, because I want to do a little ‘70s disco throwback moment! It’s a custom couture piece by Michael Kors Collection, inspired by his 2020 resort collection. It is very edgy, very on the pulse. We’re excited. It is a classic silhouette yet heightened.”

Kors and Porter exclusively shared a sketch and details of his custom Kors look for the 71st Primetime Emmy Awards with THR. Describing it as “a balance of uptown and downtown…the perfect blend of strength and shine,” Kors told THR. “We started talking three months ago when Billy saw a white crystal-embroidered dinner jacket and [flared] trouser look that we showed during our resort 2020 presentation. We worked to produce it in all black just for him, with a shift in proportion, and then we connected him with [British milliner] Stephen Jones for the custom hat.” 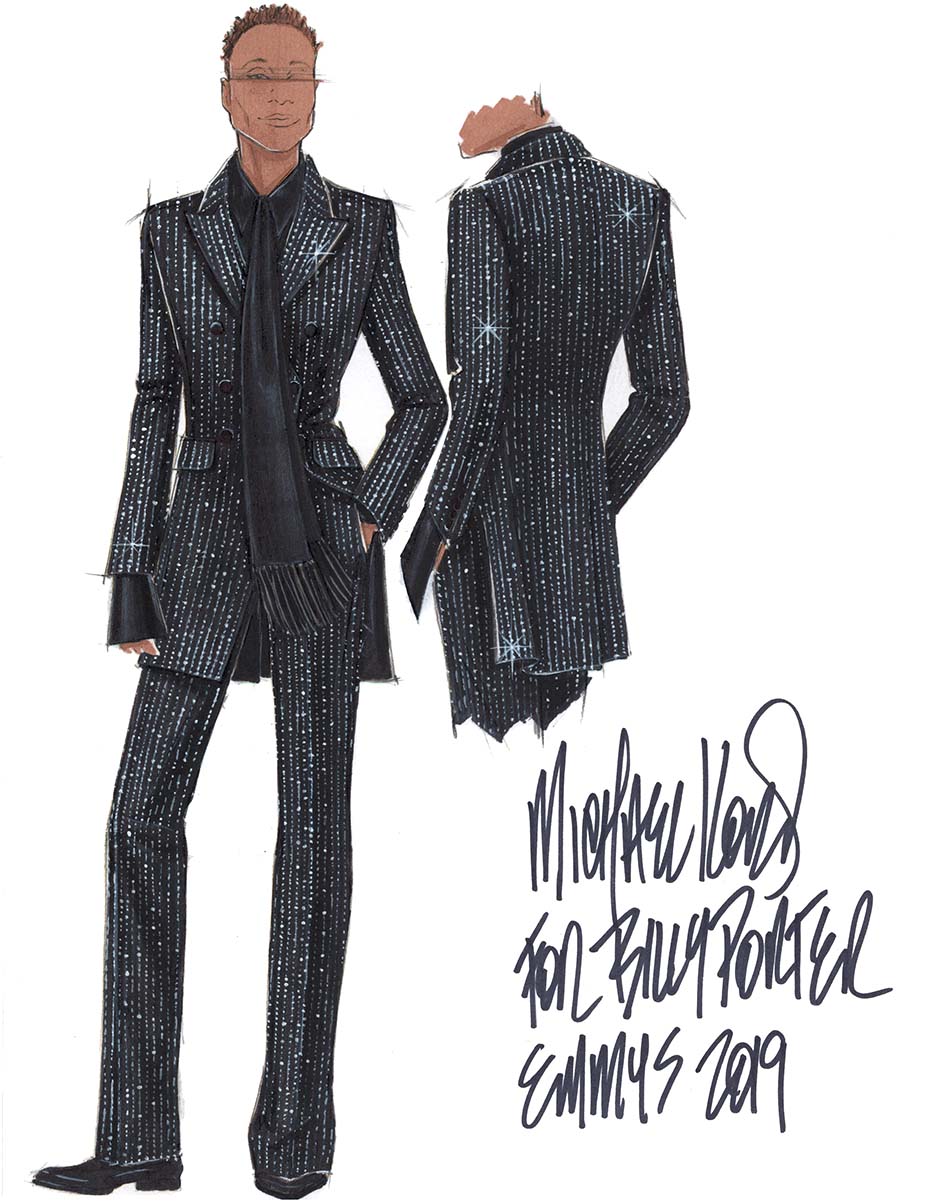 That isn’t nearly as simple as it sounds. “The look took over 170 hours to hand embroider and the pinstripes were created using 51,510 mini crystals for the jacket and 79,200 for the pants,” said Kors, adding, “Billy has a lot of life, so fittings were filled with laughs. … Billy’s proven that there are no more gender rules on the red carpet, or otherwise. He wears what he loves and looks fabulous doing it.” 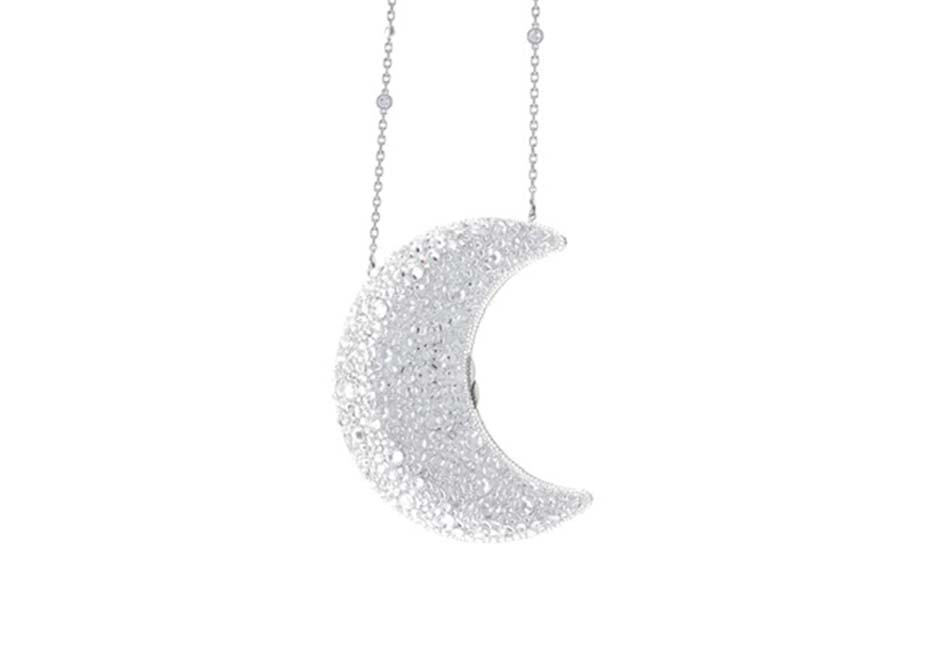 Speaking to THR by phone, Ratelle added that it all plays into a larger music theme: “Right now, we’re getting Billy up to the next phase of where he’s going. He’s such a fan of the disco era and people like Sylvester. Now that he’s jump-starting his music career again, after having the number one single, ‘Love Yourself,’ we’re heading in that direction. He’s going to London in November to write and record. As I creative direct more of his work and his brand, it was something we wanted to roll off with, keeping this disco theme going [from his birthday party] and what that means for now. What does a disco star look like in today’s age?”

Porter’s response was, “Am I really a pop star?” said Ratelle, who responded, ‘Well, you know, you could be! At the end of the day you’re you, you’re an enigma, and you can do whatever you want!” 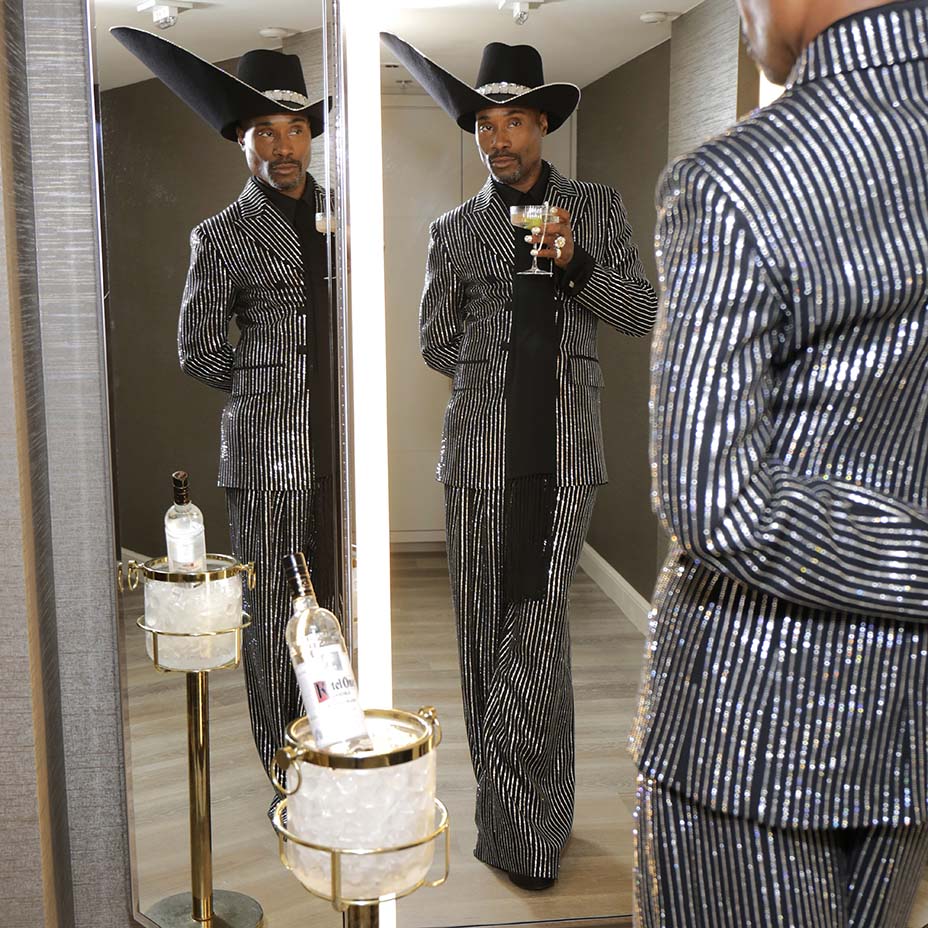 As for the bling, Ratelle added, “It’s not going to stop there!” Accessories included a Judith Leiber clutch encrusted in crystals, a hat from Stephen Jones millinery covered with chain crystals (inspired by the lead dancer from My Fair Lady,” says Ratelle”) and Rick Owens platform peep-toe shoes. 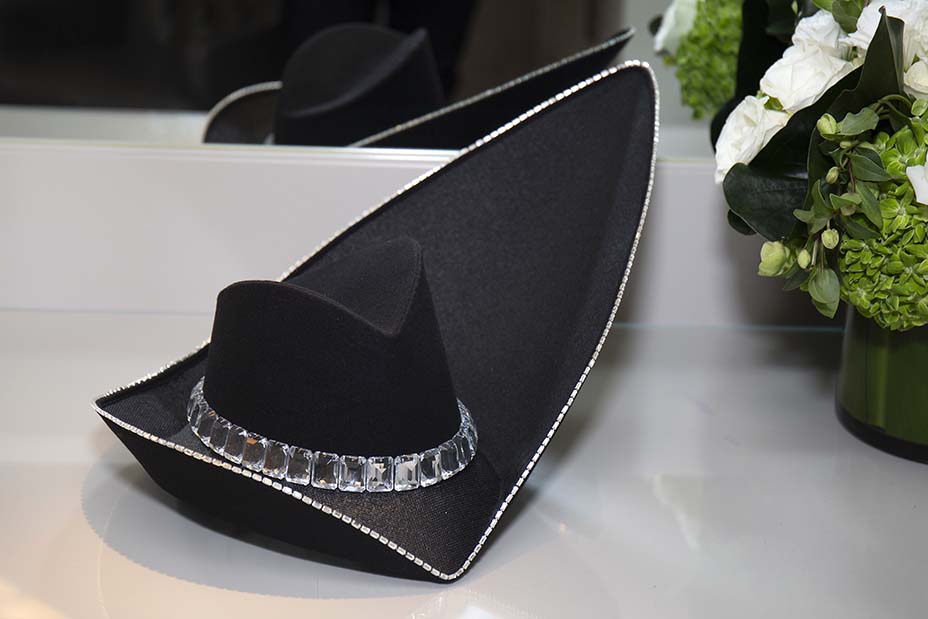 Jewelry, from Oscar Heyman, consists of a $35,000 gardenia ring with 2.48 carats of white diamonds and .93 carats of yellow diamonds that dates back to the 1920s as a brooch as well as $20,000 checkerboard diamond cufflinks with two carats’ worth of baguette-shaped diamonds set in platinum. 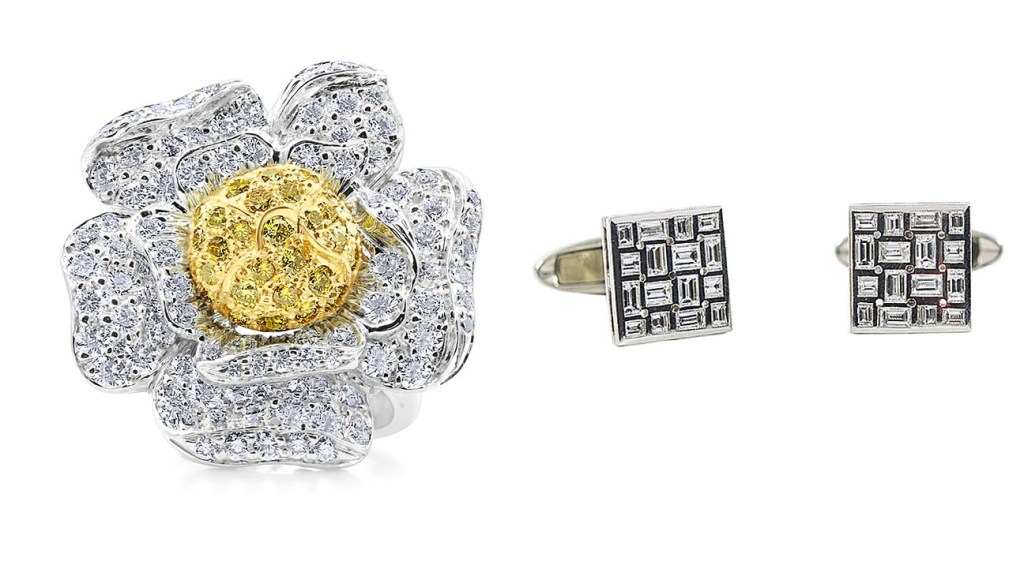 He even decided at the last minute to bedazzle his fingernails, courtesy of CND Nails. 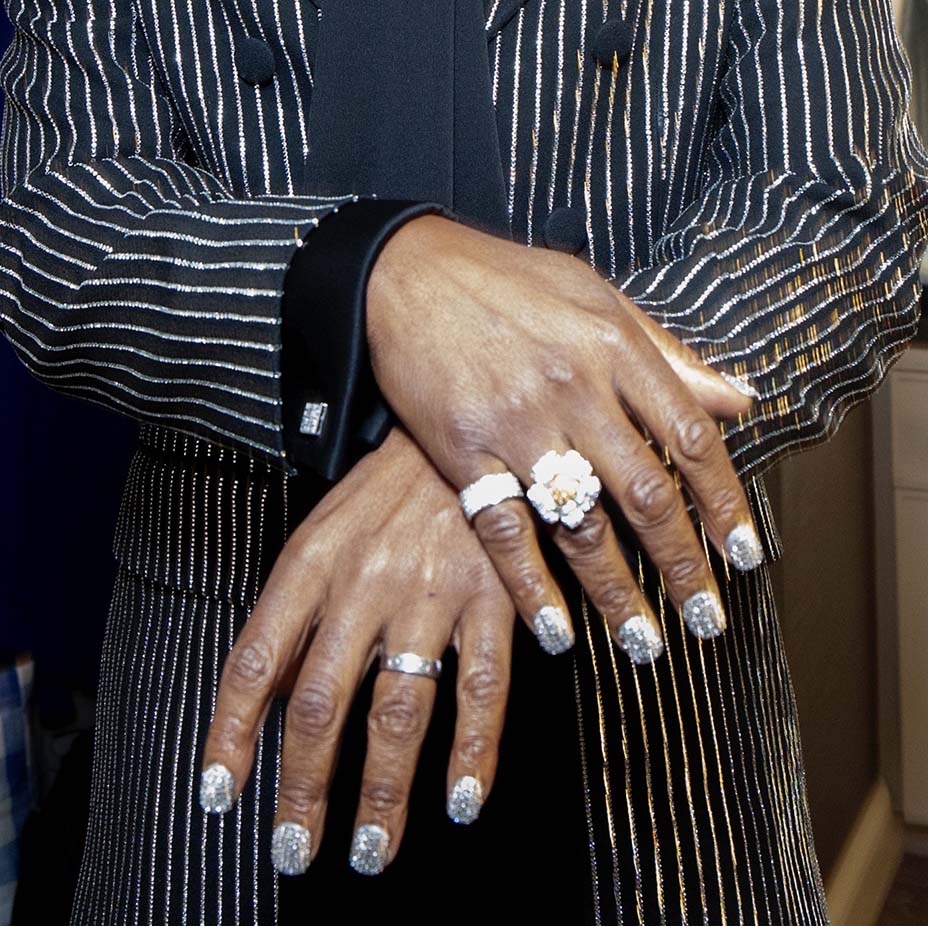 “Recently, it’s really been about working with the designers who were there for us and present for our vision from the beginning, the ones who said ‘yes’ to gender-fluid-fashion and sent us clothes from both sides of the aisle, both sides of the agenda,” Porter told THR. (Kors first dressed Porter for the GLSEN Respect Awards in 2018.) “We really want to work with the people who understand our vision first. Some designers feel that’s not their aesthetic [or] the conversation they’re ready to have yet, but the world is ready to have it! I am proof positive that the conversation is necessary.”

Added Porter, “My goal was to start a conversation. … I created a lane that I never saw for myself while I was coming up in the business for the past 30 years. I created a space where people who are coming behind me can see themselves: a black queer man who stands inside of his power and inside of his truth and his authenticity and loves himself first — thereby teaching everybody else around him how to do the same. It’s such a wonderful time for me. You know, I feel free!”