Gwendoline Christie,  known for her roles as Brienne of Tarth on the HBO phenomenon Game of Thrones and Captain Phasma in Star Wars: Episode VII – the Force Awakens, arrived at the Emmy Awards on Sunday at the Microsoft Theater in Los Angeles in a regal Gucci ready-to-wear gown from the cruise 2020 collection.

Fans on social media were quick to note that the robe-like ensemble resembled that of the one and only Jesus Christ.

“Today’s inspiration for Gwen’s Emmys [hair] look was her gown!” says Tresemmé hairstylist, John D. “The look was regal and inspirational. The gown had a medieval vibe so we wanted the hair to feel fresh and modern to balance out the medieval vibes. We opted for a “wet” sculpted look with naturally undone texture through the ends.”

Christie is nominated for her first Emmy for her role as Brienne of Tarth. In her boldest move yet, Christie submitted herself for best supporting actress in a drama series after HBO didn’t. She is joined in the category with her female co-stars Lena Heady, Sophie Turner and Maisie Williams — all names submitted by HBO. 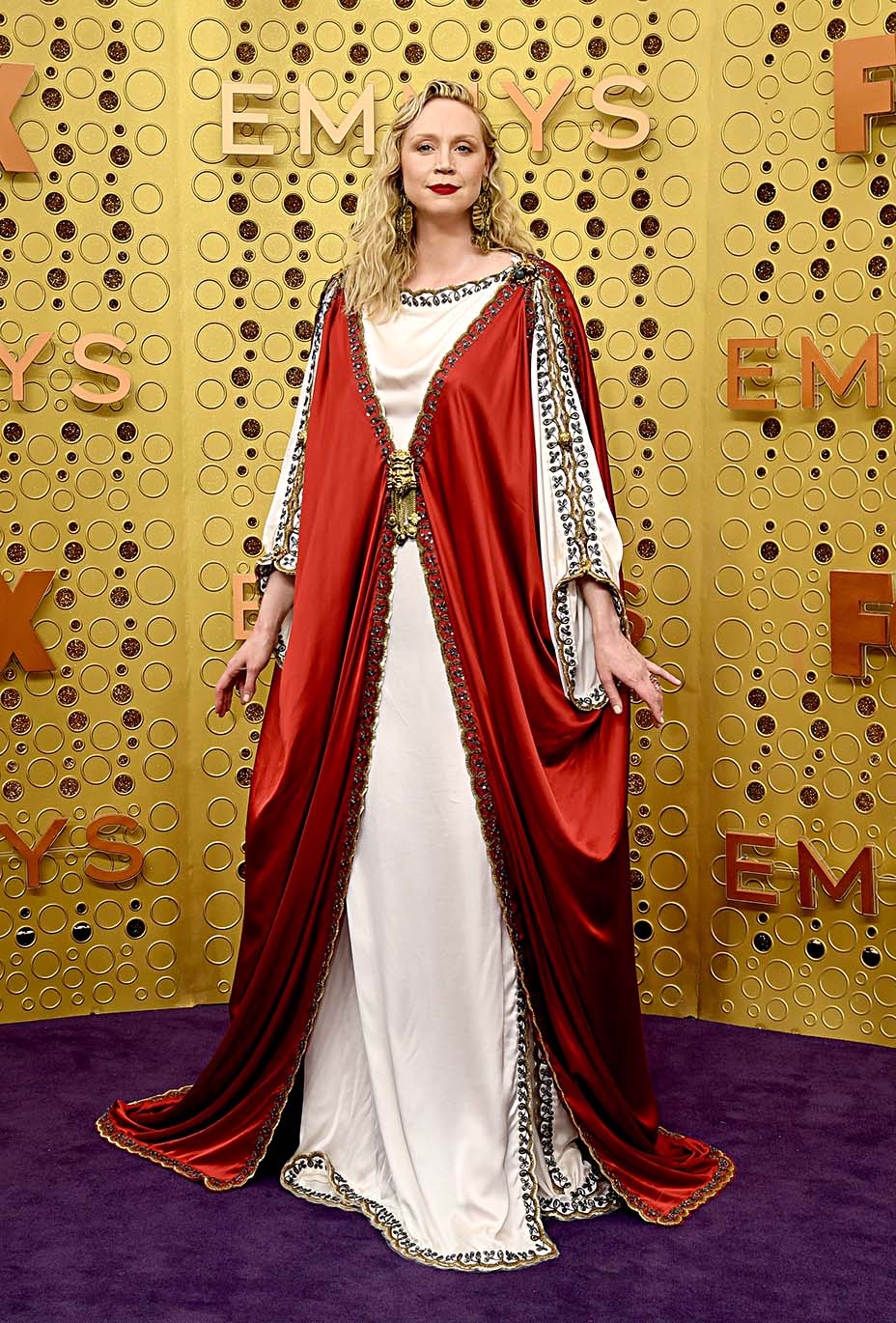