Clarke wowed in a teal Valentino dress with a tie-waist and plunging neckline that she said was inspired by Jennifer Lopez. “@JLo just as a heads up you have inspired this years lewk,” Clarke wrote on Instagram of the Hustlers star. Clarke also praised her glam team who “lit this chick on fyre.”

The star previously wore an icy Valentino gown to the Game of Thrones premiere this year (complete with the message, “Leave your door open for me. I might sleepwalk into your arms” on her chest). At the Emmys, the best drama actress nominee accessorized with opal David Webb earrings and wore her hair straight and sleek.

Clarke’s makeup artist Kate Lee spoke to The Hollywood Reporter this week about getting clients ready for an awards show, saying, “The process of makeup is quite relaxing. It is definitely ritualistic in preparing mentally to go and stand on a red carpet.” (Jillian Dempsey dolled her up for the Emmys). 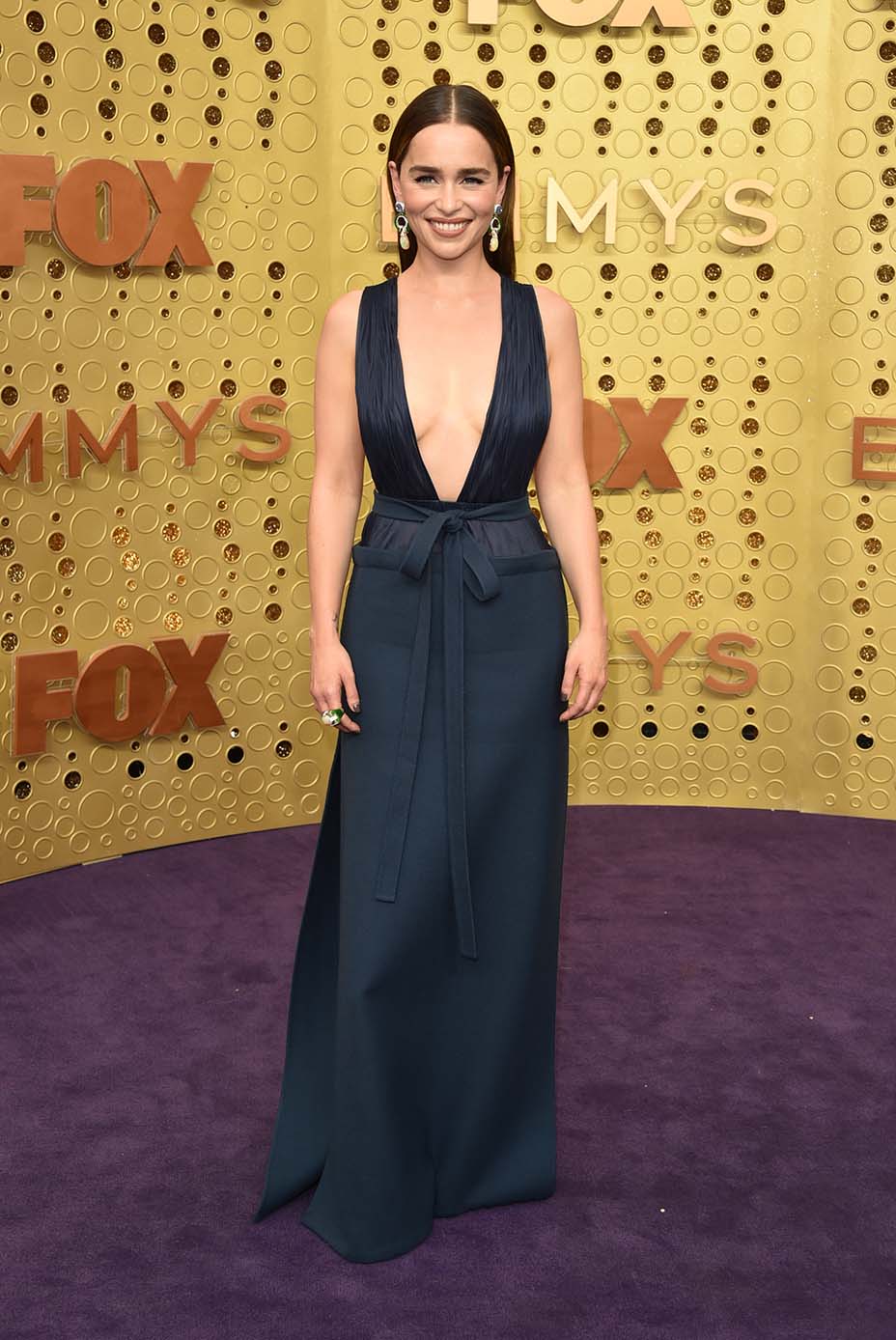 Switching up her statement pink hair for a more sophisticated brunette bob, Williams choose a custom asymmetrical black gown designed by Reuben Selby (made by JW Anderson) for the Emmys, embellished on one side.

“The dress is elegant, but the asymmetry and black color gave it a bit of edge and moodiness,” says hairstylist Ryan Richman with Dove. “We wanted to take Maisie in a more mature direction as she is exploring new roles now that Game of Thrones has come to an end. The first step was changing her hair color from pink to a natural brunette.”

Williams’ makeup artist Kindra Mann told THR they went for “cool classic French girl vibes.” She says, “I love working with Maisie because she’s such a chameleon with her look and likes to play and switch things up.” 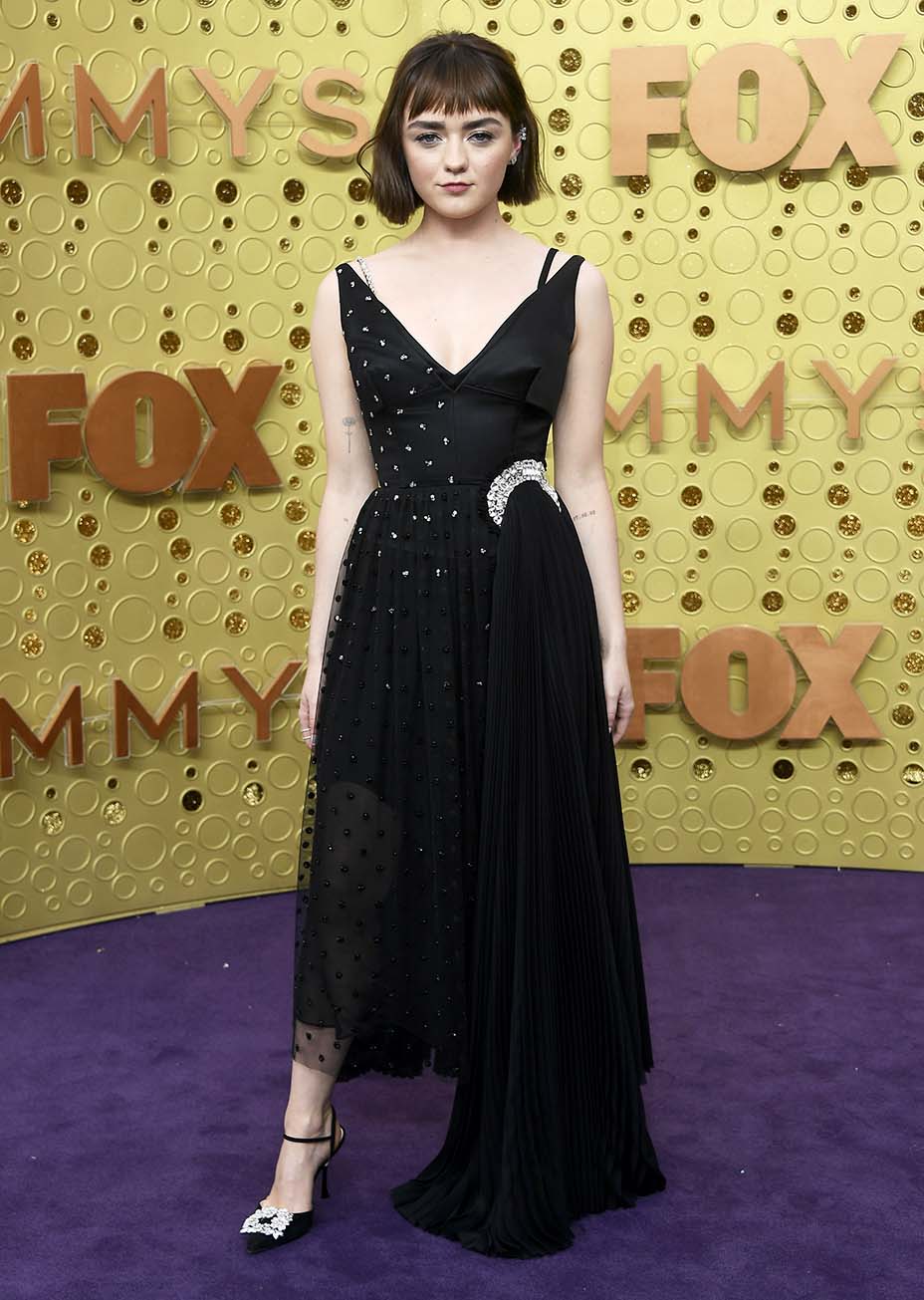 As for Turner, newly married to singer Joe Jonas, she once again donned Louis Vuitton as a face of the house (she’s previously starred in campaigns for the brand and sat in the front row of the 2020 Cruise show in May). Turner upped her pajama game in a pale pink silky dress featuring a slit and buckled waist, worn with silver strappy sandals and a diamond necklace. To the Billboard Music Awards, Turner went with a spacey silver jumpsuit from Louis Vuitton’s spring 2019 collection, styled by Kate Young.

Both Williams and Turner are nominated for best supporting actress in a drama for Game of Thrones. 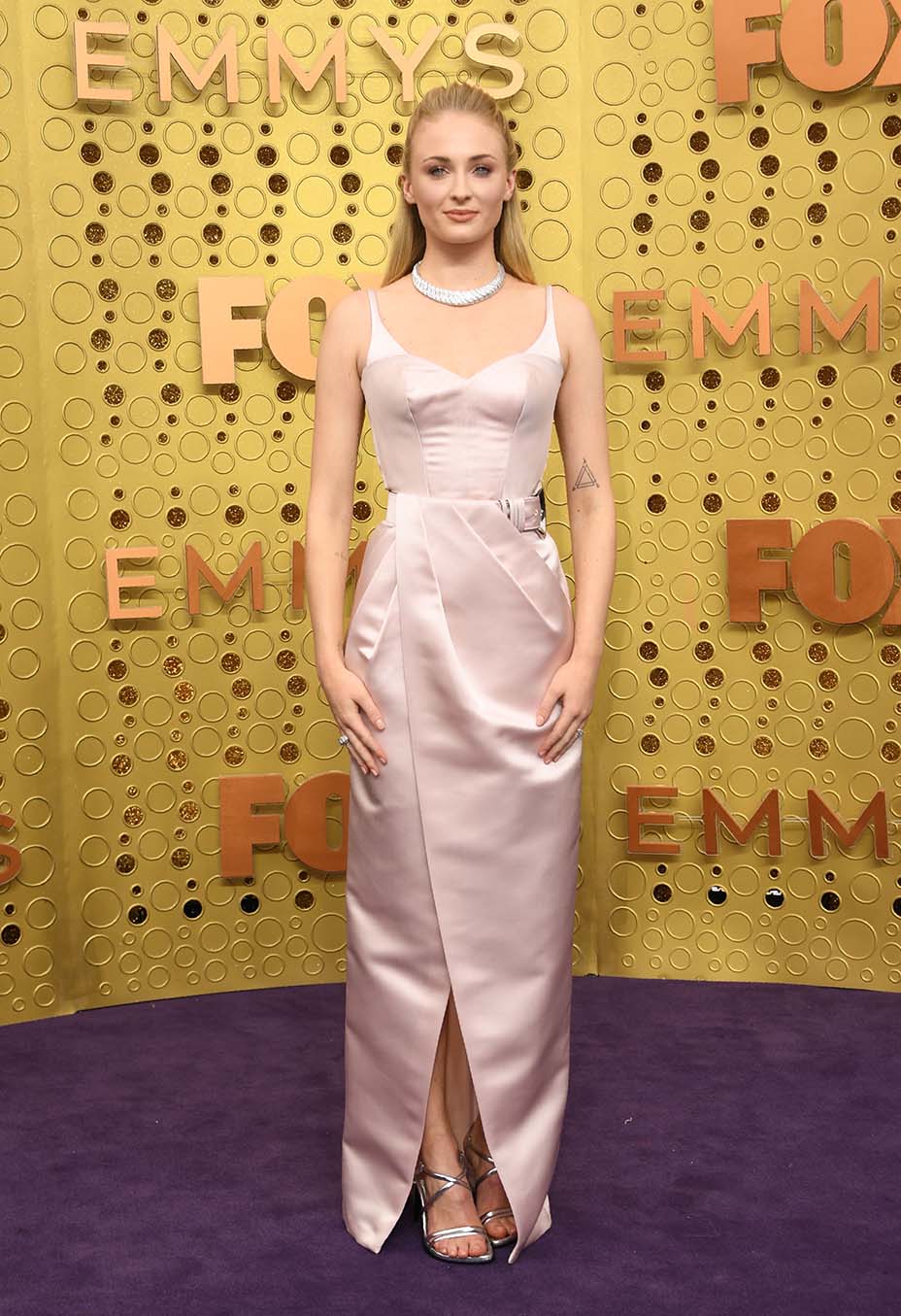