The three ladies behind Killing Eve killed it at the Emmys, stepping out in romantic gowns all dressed by Gwyneth Paltrow’s go-to stylist Elizabeth Saltzman. 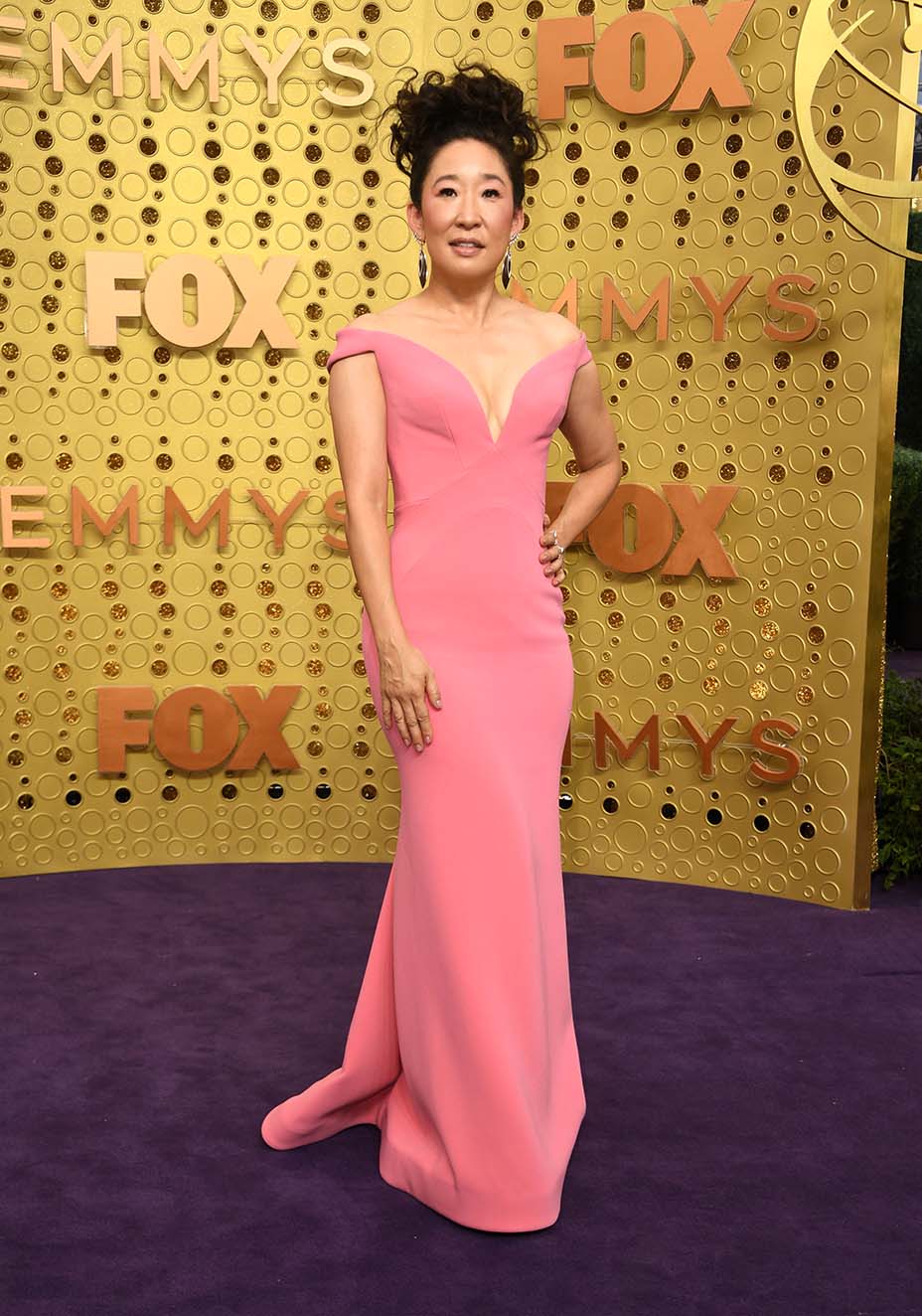 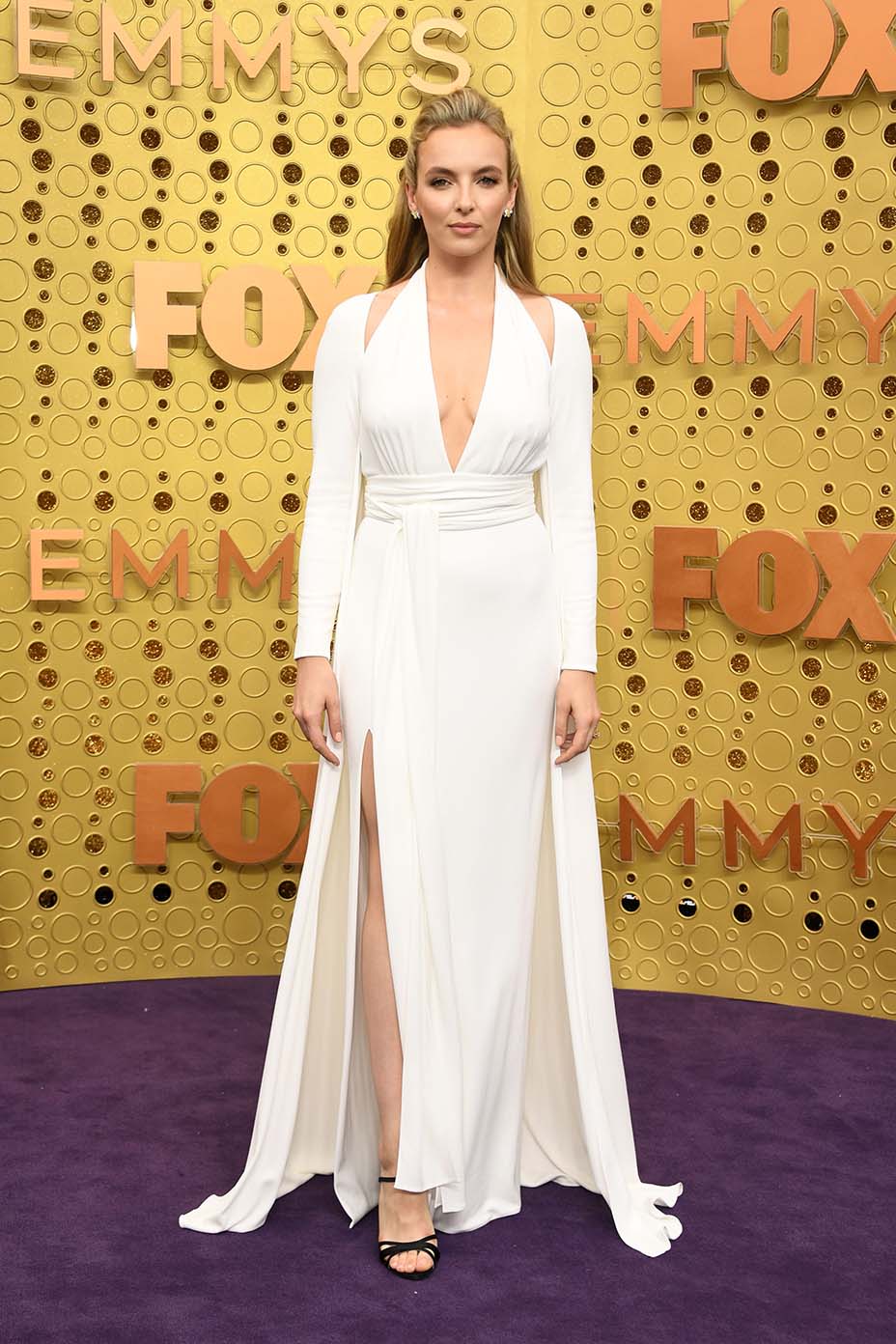 Waller-Bridge went for a dreamy look in an embellished peachy tulle dress with copper sequin detailing at the waist, by Monique Lhuillier, worn with Atelier Swarovski earrings. Their soft, ethereal aesthetic contrasts with the dark mood of their spy thriller show. 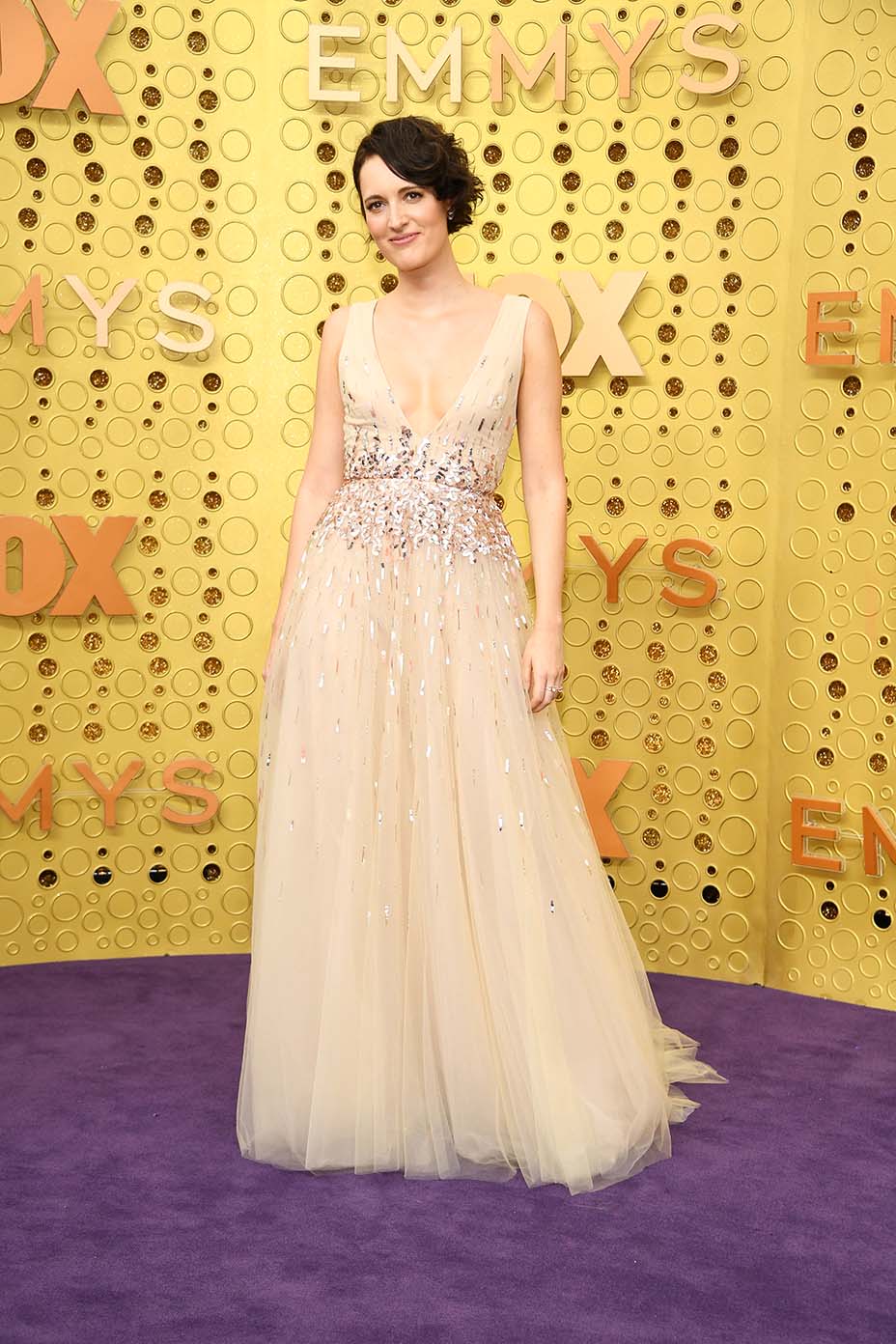 All three were styled by Saltzman, who also works with Saoirse Ronan. For last year’s Emmys, Oh made The Hollywood Reporter‘s best-dressed list for her red-hot gown from Ralph & Russo’s autumn/winter 2018/2019 couture collection.

Saltzman also styled the trio for this year’s Golden Globes, dressing the filmmakers in female designers. Waller-Bridge stunned in a slinky red sequined dress from Galvan, and Comer donned a feathery Ralph & Russo ready-to-wear ensemble with ruffle detailing and a shimmery tulle overlay. As host, Oh walked the red carpet in a white draped Versace gown.