Dan Reed directed the four-hour film, which featured testimony from Wade Robson and James Safechuck, two men who claim to have suffered childhood sexual abuse at the hands of the late Michael Jackson.

Backstage, Reed explained that prior to taking on the project, he didn’t know much about Jackson, nor did he have an opinion if Jackson was “guilty or innocent.”

“I thought the two guys [Robson and Safechuck] would never speak out in front of camera,” Reed said, adding that in talking to them, he was inclined to believe their claims in-part because they described what he considered a romantic relationship.

“I don’t think he did it, but you know what? Even if he did do it … you know what I mean? I mean, it’s Michael Jackson,” Chappelle said in the special, along with other jokes about Jackson’s accusers. “I know more than half the people in this room have been molested in their lives, but it wasn’t no goddamn Michael Jackson, was it?”

Reed called Chappelle’s jokes “revolting” and “a calculated attack” against Robson and Safechuck.

“I think that mocking the victims of child sexual assault isn’t a particularly clever thing to do,” Reed said. “It got some laughs because it was part of his bit about cancel culture …. I never said to cancel Michael, there’s nothing in the documentary that says people need to stop listening to his music.”

He added, “You can make jokes about so many things, why not do something brave?”

After Leaving Neverland‘s debut in January at the Sundance Film Festival, Jackson’s estate called the film “a tabloid character assassination” and insisted it “isn’t a documentary,” while his family called Reed and the pic’s two accusers “opportunists.”

Reed shared his reaction to Leaving Neverland‘s multiple Emmy nods in a statement to The Hollywood Reporter. “Since Leaving Neverland aired in March, it has launched many important conversations about child sexual abuse and the grooming that accompanies it. This was why James Safechuck and Wade Robson and their families spoke out, and why we made the documentary,” said Reed. “We’re delighted that the Academy has honored that purpose — and our dedicated creative team — with five nominations.”

The Creative Arts Emmys are being handed out over two nights, Saturday and Sunday. The Primetime Emmy Awards will be handed out Sunday, Sept. 22. 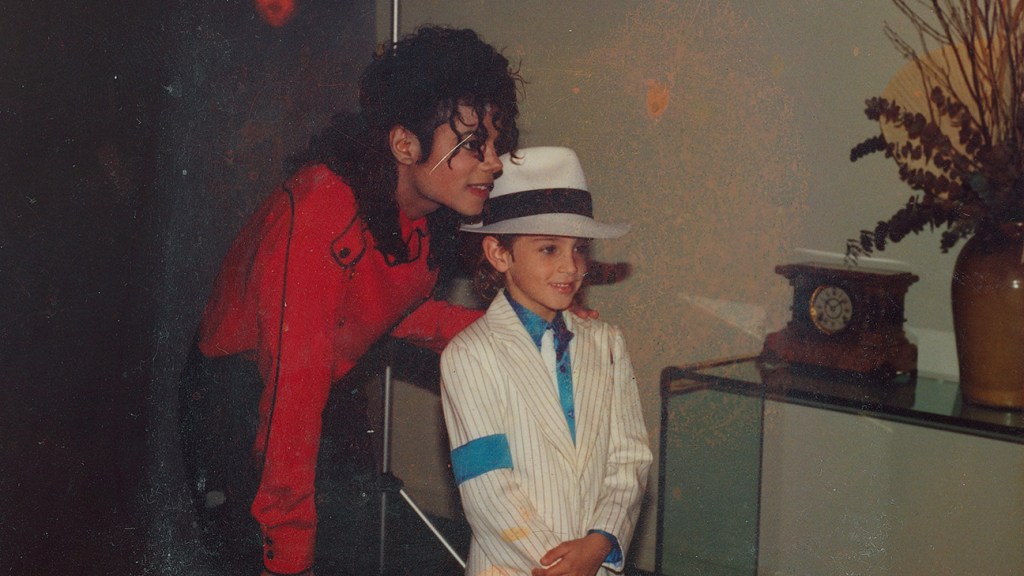