ABC’s decision to revive American Idol — dust barely settled on its instantly recognizable neon logo since its 2016 Fox swan song — is the latest example of a big conundrum facing reality programming: It is a genre largely fueled by familiarity. The guarantee of even a little viewer nostalgia is often considered safer than gambling on a brand new pitch.

This theme is equally evident on the shortlist of series vying to win the genre’s most high-profile prize, outstanding reality competition program, at the Primetime Emmys. The Amazing Race (10 wins), The Voice (three wins) and Top Chef (a one-off in 2010) are the golden trio. One of these series has taken that Emmy gold every year since the TV Academy introduced the category in 2003. The list of annual nominees and runners-up is similarly a rundown of usual suspects — Dancing With the Stars, Project Runway and So You Think You Can Dance, among them.

“There is a certain amount of brand loyalty in TV,” says SallyAnn Salsano, an unscripted pioneer who introduced the world to Jersey Shore and now VH1 breakout Martha & Snoop’s Potluck Dinner Party. “There needs to be a couple more wild cards [getting made], but you’ve also got to go back to the well. Look at a few of the shows that have been canceled or put on hiatus. Networks would be killing for those numbers now.”

ABC Chief on Snagging 'American Idol': "It Felt Like the Perfect Home at the Perfect Time"

Idol is not alone in its return. VH1 snapped up America’s Next Top Model when The CW canceled it in 2015, and a new Fear Factor soon heads to MTV after several years in cold storage. Even shows that some younger viewers might not realize are recycled — like ABC’s Match Game or its upcoming update of The Gong Show (bowing June 22) — fall into the time-tested bucket. Plenty of network executives now freely acknowledge that the most senior series, like CBS’ Survivor and NBC’s America’s Got Talent, will never be duplicated in their success. Just look at the tight Big Four rankings for the recently wrapped 2016-17 season. The Bachelor, ABC’s 15-year-old dating competition, finished out the broadcast calendar neck and neck with comparatively younger juggernaut The Voice — each averaging a 3.1 rating among adults 18-to-49 to tie for No. 1 status among reality shows.

Arthur Smith, the Hell’s Kitchen uber-producer whose NBC production American Ninja Warrior broke through with a reality competition Emmy nomination in 2016, says he agrees that some of the most valuable TV properties are the oldest and not necessarily airing at the moment — cautioning that those that get revived need to evolve, just as current series do. “Just as there’s always going to be a Hawaii Five-0 or a Law & Order spinoff, there are some reality shows that will always be in the conversation,” says Smith. “There’s a safety in a show that’s a brand, but you can never bring one back and do it exactly the same way. There’s a reason why it left in the first place.” 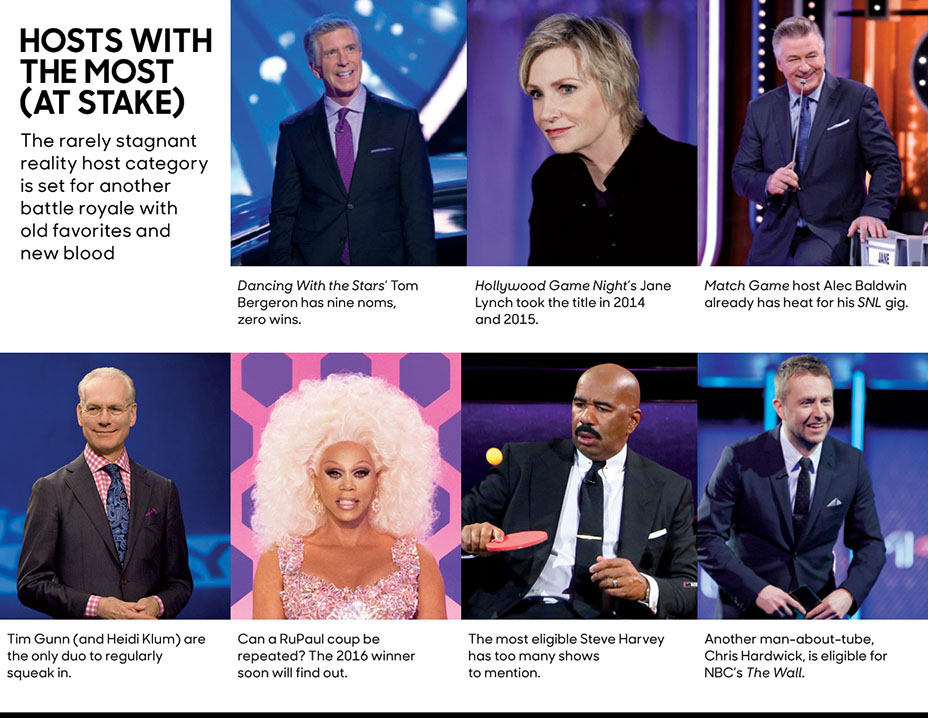