Continue to The Hollywood Reporter SKIP AD
You will be redirected back to your article in seconds
Skip to main content
August 14, 2017 9:30am

Last year, when I and the other jury members of the inaugural Critics’ Choice Documentary Awards convened to hash out the best nonfiction films of 2016, the most heated discussion wasn’t over the cinematic merits, storytelling prowess or even the social good of the documentaries released that year but something far more existential: What is a feature documentary?

In particular, could O.J.: Made in America, seven hours and 43 minutes long and primarily watched as episodic installments on ESPN (although it did have a theatrical run and was shown at film festivals), be called a theatrical doc or should we relegate it to the TV/streaming category?

We weren’t alone in asking this question. There was plenty of hand-wringing as O.J. tore through awards season, winning nearly all the top feature awards, including the Oscar for best documentary.

To address the situation and give some semblance of order, the Academy Awards Rules Committee announced in April that it was changing eligibility requirements by asserting that only “individual” documentary works are eligible. Multipart or limited series are not. It has been dubbed, by some, the “O.J. rule.”

Now, here we are, on the eve of the Emmys, and nominee O.J.: Made in America is rearing its head again.

Emmys: Why Live Programming Is Dominating This Year

None of this is new, of course. There have been plenty of Oscar doc nominees that also have vied for an Emmy, including 1987’s Eyes on the Prize. And in 2015, Citizenfour actually won the Oscar as well as the Emmy for Exceptional Merit in Documentary Filmmaking, the same category O.J. is in the running for.

This theatrical-TV crossover happens thanks to the Emmys‘ loophole in the rules, allowing TV-centric docs to have theatrical runs — a gain, seemingly, for all: More money being poured into campaigns helps increase ad dollars, sponsorships, events, celebrity involvement and media coverage.

But the Academy’s ruling suggests the rise of multi-episodic docs is ruffling feathers. HBO documentary head Sheila Nevins sniped in the Los Angeles Times that she thought O.J. — “a great documentary … made for television” — wasn’t Oscar material, a bit rich considering her small-screen docs have been Oscar contenders and winners for years.

And yet, even the notion of a traditional feature film feels somewhat outdated when one considers they’re increasingly being consumed on pocket-sized screens. That the definition is becoming blurry and subjective isn’t really a problem … until awards are getting doled out. 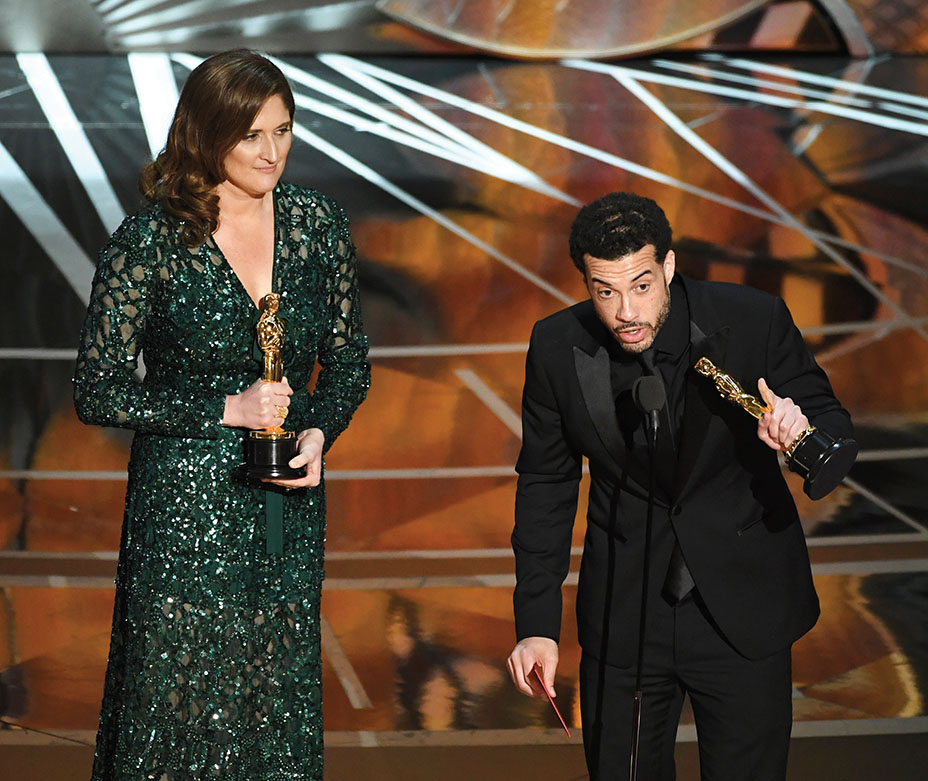 In the case of the Academy’s rule change, it doesn’t appear the definition of a feature documentary is becoming clearer, only that distributors are getting instructions on how to submit their product for awards.

Case in point: This year’s Long Strange Trip, a Grateful Dead film by director Amir Bar-Lev, is considered eligible for Oscar consideration despite primarily being seen on Amazon broken up into six episodes. The four-hour film also screened at festivals and was shown in theaters for a limited, one-week run.

To me, Long Strange Trip indeed is a feature film because I saw it in one sitting in a theater, and I thought it was a fantastic work of cinematic, nonfiction filmmaking. Therefore, I think it deserves theatrical awards.

O.J., on the other hand, is a TV series, albeit one of the great nonfiction achievements of our time. I saw it on the small screen in multiple sittings and can’t imagine it working as a theatrical film. But when I spoke with director Ezra Edelman last year, he preferred to call it “a long movie.”

Long, Strange Trip likely will provide the new template for nonfiction multi-episodics after the rule change: If Amazon could do it, why not everyone else? (Until the next rule change, that is.)

As for this year’s Emmys, I’ll reveal my prejudice. It’s a shitshow of inflated meaninglessness. When I look at the docs nominated in the two categories, Exceptional Merit in Documentary Filmmaking and Outstanding Documentary or Nonfiction Special, I can’t tell the difference. O.J. is up against, among others, White Helmets, which has a running time of 40 minutes. Huh? If O.J. doesn’t win, it’ll be because voters are reacting to its Oscar win.

Roston writes about documentaries for The New York Times, Salon and other outlets.