Even Hollywood has grown weary of the stay-at-home style. That was evident in the number of high-glam moments seen before and during Sunday’s 72nd Emmy Awards: “Haven’t dressed up in a while so had to make the most of it,” Kerry Washington said in an Instagram post that included an image of the Little Fires Everywhere star and executive producer in a leopard-patterned Dolce & Gabbana sequined dress, paired with emeralds by Chopard.

Tracee Ellis Ross agreed: “How fun to get dressed up!” she tweeted early on Sunday night, with multiple images of the Black-ish nominee wearing a gold lamé Alexandre Vauthier gown with Tiffany & Co. diamonds. “Can’t say I miss the frenetic energy of the red carpet or wearing heels, but boy do I miss a pretty dress!”

Glittering jewels may not have been quite as abundant as years past, but the Emmys pre-show and ceremony included more than a few statement moments. Here’s a look at the best of the night’s gems:

Kerry Washington in Chopard Among the stars who chose two looks for Emmys night – one worn during the pre-show or while presenting, and another for the ceremony – Washington kicked off the evening in a floral strapless Oscar de la Renta gown, then changed to a sizzling Dolce & Gabbana sheath in leopard-patterned sequins, embellished with black beaded fringe. To accompany the latter, she chose emeralds by Chopard, including these earrings from the jeweler’s Red Carpet Collection, crafted of 45.04 carats of emerald cabochons and .92 carats of diamonds, set in 18-karat white gold. 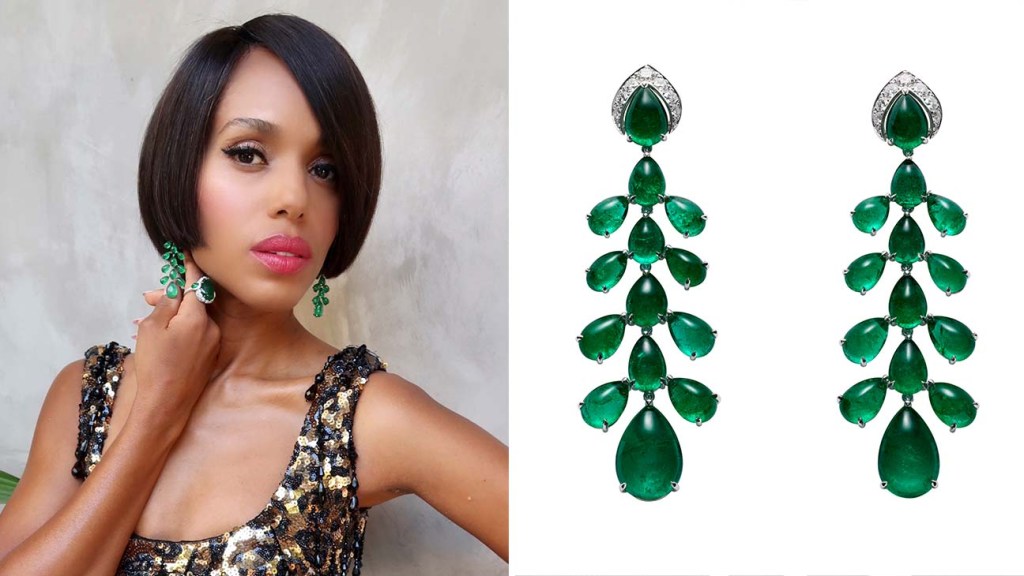 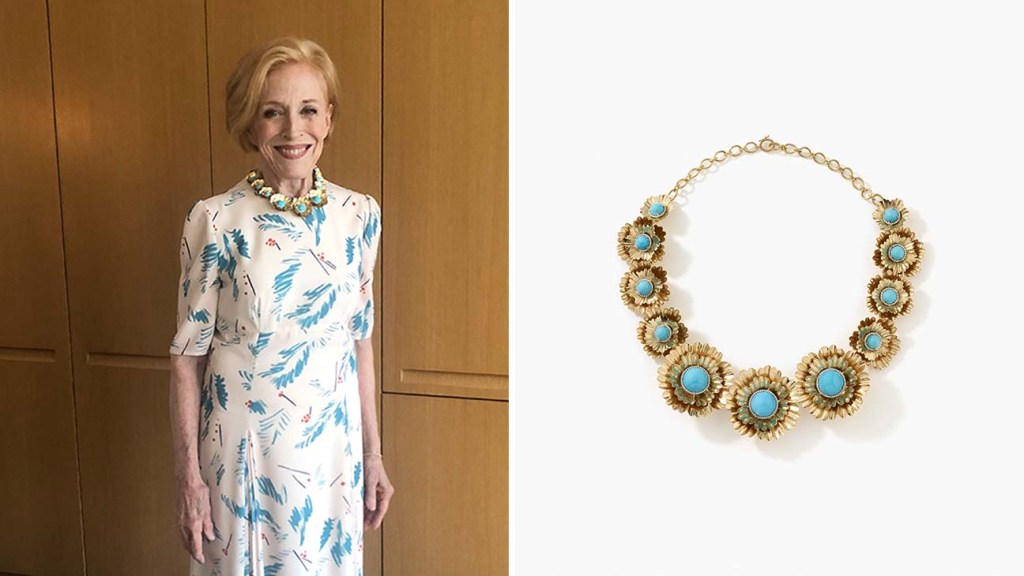 Zendaya in Bulgari The Euphoria Emmy winner quickly created a social-media frenzy before the virtual ceremony started, when celebrity stylist Law Roach posted an Instagram video of his client in a Christopher John Rogers gown paired with high jewelry by Bulgari, including this necklace featuring seven cushion-cut amethysts totaling 132.93 carats, eight cushion-cut rubellites totaling 16.92 carats, 15 round emeralds totaling 7.30 carats, and pavé-set diamonds totaling 3.60 carats, all set in 18-karat white gold. Before winning her Emmy, Zendaya changed into a two-piece polka-dotted look by Armani Privé, and switched her gemstones for a new set of Bulgari jewels in 18-karat pink gold, mother of pearl and diamonds. 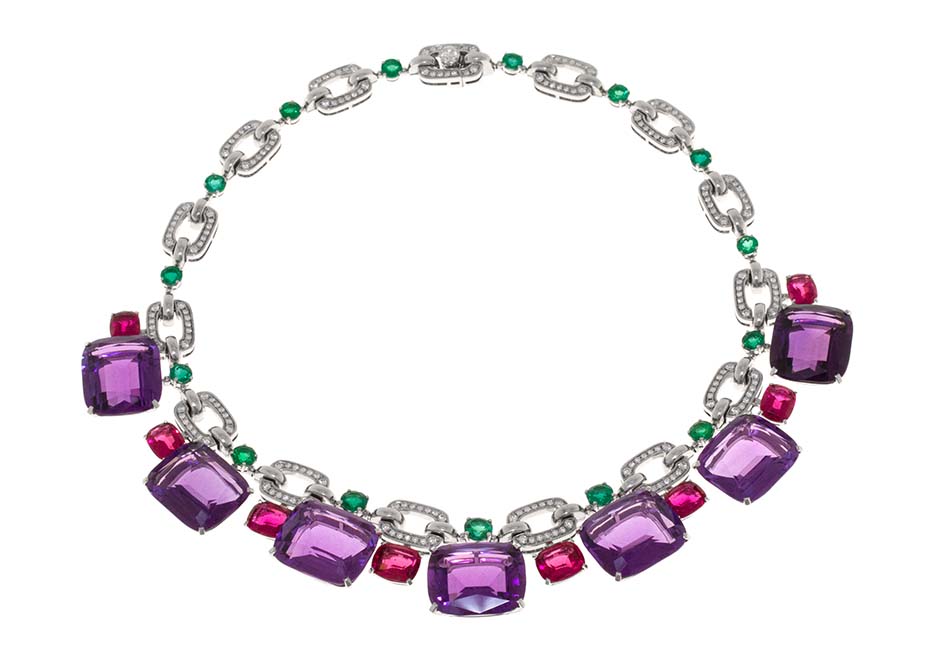 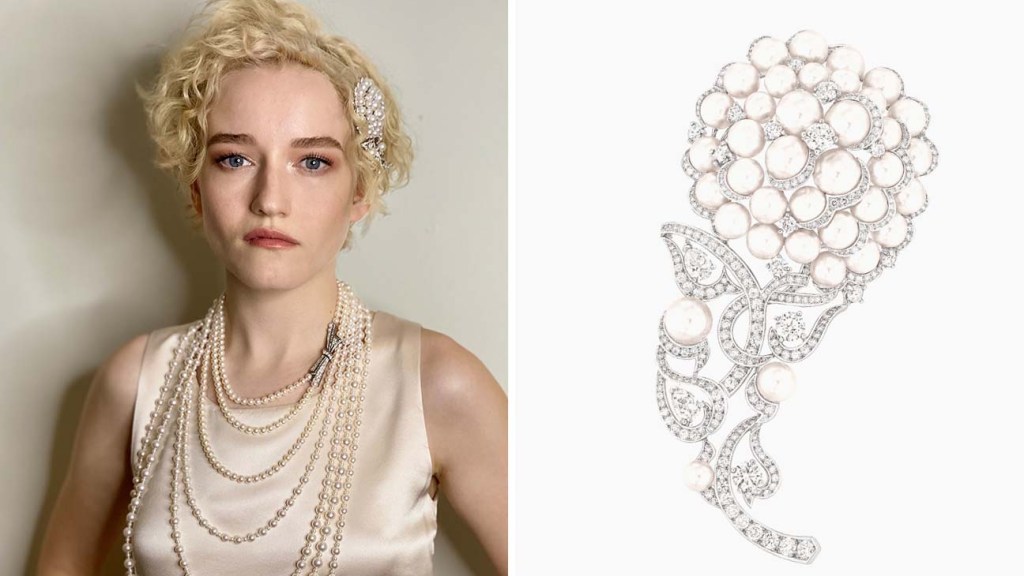 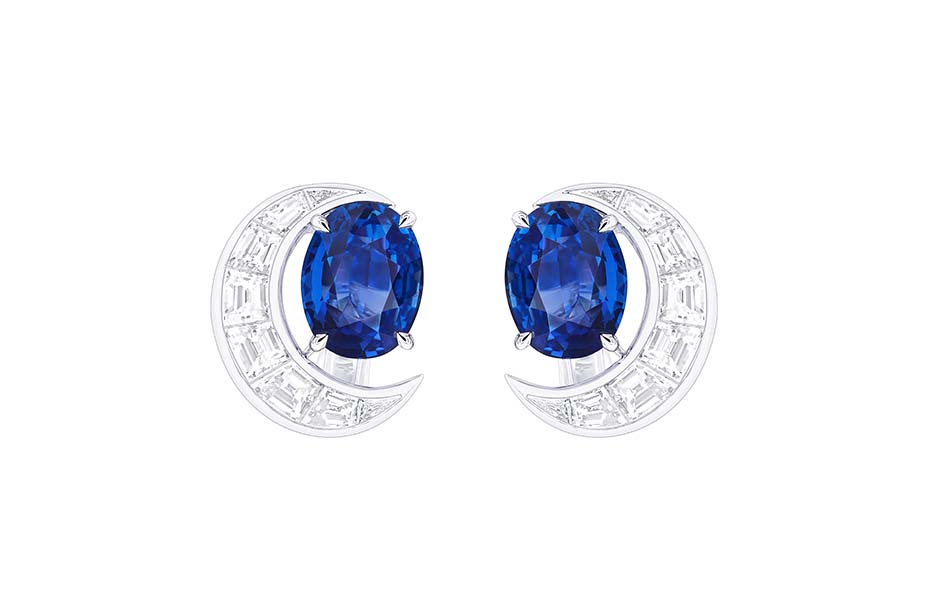