Nickelodeon has enlisted a trio of stars for its upcoming animated series The Casagrandes.

Eugenio Derbez (Overboard), Ken Jeong (Dr. Ken) and Melissa Joan Hart (Sabrina the Teenage Witch) have joined the cast of the cable network’s original series, which tells the story of the Casagrandes, a big, loving family living together in the city. The 2D-animated series highlights the culture, humor and love of growing up in a multigenerational Mexican-American family.

The series, which is set to debut October on Nickelodeon, also serves as a companion to The Loud House, which Nickelodeon said Tuesday has been given a fifth-season renewal consisting of 26 episodes.

Mike Myers on Beyonce, How 'Wayne's World' Success "Rocked My World" and Turning Down Lorne Michaels for 'The Graduate' Remake

In The Casagrandes, Derbez voices Dr. Santiago, a physician living and working in Peru, who is Ronnie Anne and Bobby’s father; Jeong voices Mr. Stanley Chang, a friendly and patient train conductor; and Hart voices Mrs. Becca Chang, a quirky, smart and funny zoologist and wife to Stanley. This marks Hart’s return to Nickelodeon after her breakout role starring in the 1991-94 series Clarissa Explains It All.

“The Casagrandes highlights the humorous stories and moments of daily life that every kind of family can relate to, and we’re thrilled to have Eugenio, Melissa and Ken on board to make these characters as relatable and funny as can be,” said Ramsey Naito, executive vp animation production and development at Nickelodeon.  “Nickelodeon will also continue to dive deeper into the characters’ lives in The Loud House, a proven hit with our audience, with a brand-new fifth season.”

In The Casagrandes, Ronnie Anne’s new life promises to be an adventure, especially now that she lives under one roof with her grandparents, aunt, uncle, cousins and a sass-talking parrot. As if that weren’t enough excitement, she lives over the family-run Mercado, which is a gathering place for everyone in the neighborhood.

Meanwhile, for the fifth season of Loud House, Lincoln and his friends graduate elementary school and face new challenges and adventures as they tackle the trials and tribulations of middle school; each sister moves up a grade; and Lori decides if she’s ready to leave home for college. The season will also showcase holiday-themed episodes and introduce new characters and locations.

The news comes on the heels of Loud House winning two Daytime Emmys over the weekend, for best children’s animated series and best writing for an animated program. It also comes as the show ramps up for its fourth-season premiere at 1 p.m. Monday, May 27, with a special half-hour episode dedicated to the Casagrande family.

The family was first introduced in the Loud House special “The Loudest Mission: Relative Chaos” and appeared throughout the third season of Loud House. They also have a five-episode arc in season four, with crossover episodes planned in season five. The Loud House debuted May 2016 and centers on 11-year-old Lincoln Loud and his 10 sisters as he gives an inside look at what it takes to survive the chaos of a huge family. 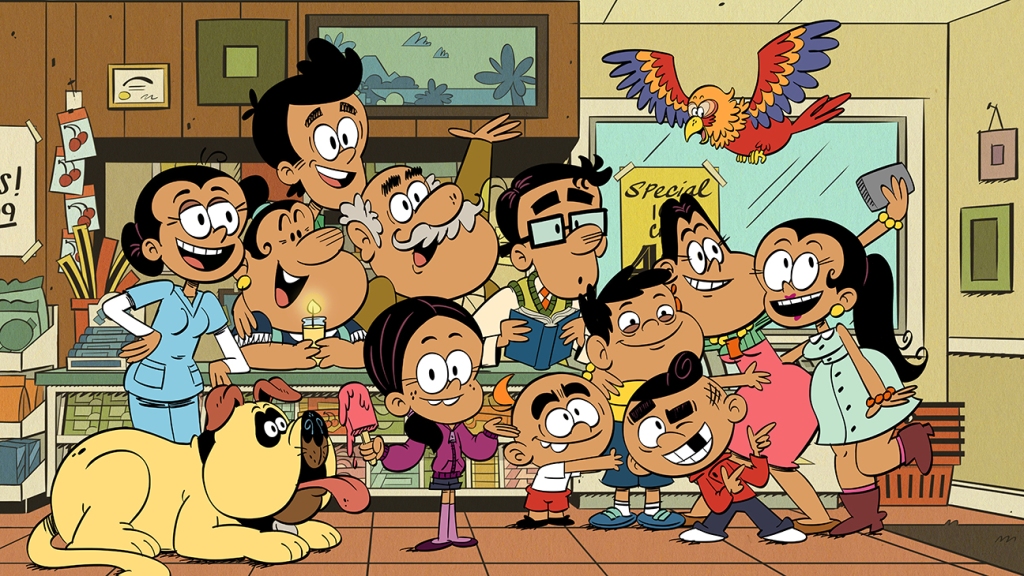