“I spent the majority of my teenage years in and out of hospitals, rehabs and halfway houses. I was a drug addict, and I’d take anything and everything until I couldn’t hear or breathe or feel,” creator Sam Levinson told the crowd at the Los Angeles premiere for HBO’s newest show, Euphoria, on Tuesday night.

Levinson — who wrote, produced and co-directed Euphoria — funneled these early experiences onto the screen with a coming-of-age drama that takes an unflinching look at a group of high schoolers’ relationships with drugs, sex and trauma, all in the age of social media.

In an emotional speech ahead of the screening, Levinson revealed his dark history with drugs, admitting that “somewhere around the age of 16, I resigned myself to the idea that drugs could kill me, and there was no reason to fight it; I would just let it take me over and I’d made peace with that. By the time I was 19, I was in rehab, I’d checked in and was trying to get off of opiates and onto a more productive drug like crystal meth,” so that he could do the writing he loved so much.

In rehab, he said he started to think about what his legacy would be if he died right then, and realized, “I’m a liar, I’m a thief, I’m an addict, I’ve been shitty to almost every person in my life that I love, and I had a moment where I thought, ‘I don’t feel that way inside, I think I’m a better person than that.'” Levinson realized that if he stopped doing drugs he could become a better person, he said, and now has been clean for 14 years.

Levinson’s “deeply, deeply personal story” is now being told onscreen through a handful of young actors, including Zendaya as Rue, a teenage drug addict struggling with anxiety and staying sober. Euphoria also stars Hunter Schafer as Jules, a young trans woman dealing with childhood trauma. In order to create a deep, authentic portrayal of trans people on the show, the creator said he relied on finding the right actress to bring the part to life.

“I had written the script and our casting directors were scouring all of America, they were in malls in Ohio and Florida just trying to find the right person for Jules,” Levinson told The Hollywood Reporter on the red carpet. “Once we found Hunter and she came in and she read, I sat down with her at Factor’s Deli in Los Angeles and we just talked for like six hours. We just talked about life and our experiences, there’s a lot of personal stuff from my own life that’s in not just Rue’s character but Jules’ character.”

He continued, “It was just one of those conversations that was so inspiring about the possibilities of where this show could go and where this character could go that I just immediately went home and started writing.”

To create Jules, Schafer said she took feelings from her own life growing up as a trans woman, and said even though their high school experiences “are pretty different, as far as motive goes and a drive and a feeling, I related to her on that level.”

She also credits Levinson with being an amazing listener and having “lots of time to share our stories with each other and make Jules really dimensional and deep.” 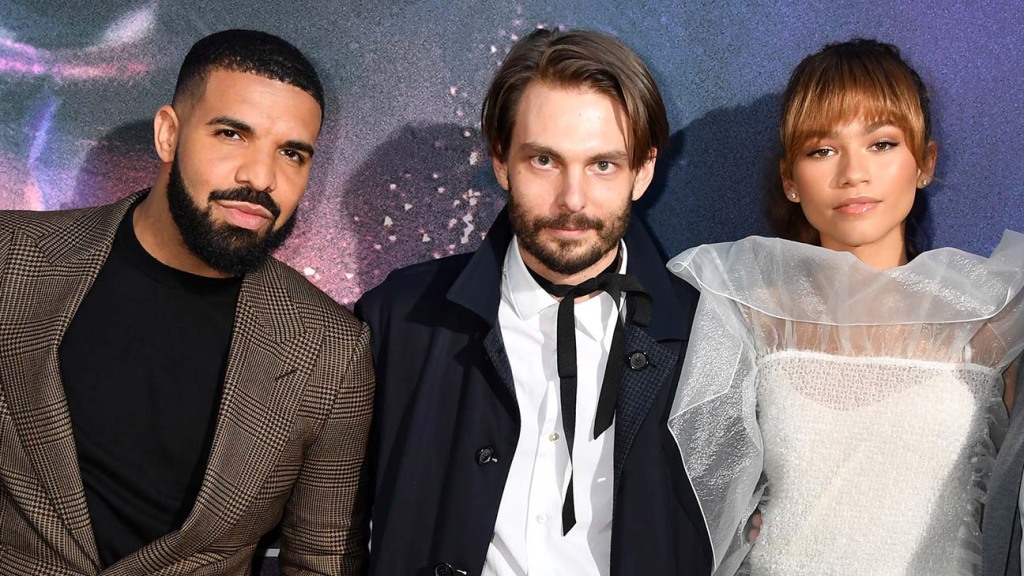