In 2018, just two days before the midterm elections, Eva Longoria, America Ferrera, Gina Rodriguez, Zoe Saldana and Rosario Dawson sat on a bus in Kissimmee, Florida, having been called by the Democratic Party to help drum up Latino support for gubernatorial candidate Andrew Gillum. “We were like, ‘Why do they knock on the door every two years to say our vote matters instead of having consistent outreach to our community?'” remembers Longoria.

Motivated partly by that frustrating experience, she and Ferrera are now focusing on advocating directly for Latinas. The pair — along with six partners, a mix of producers, directors and activists — have teamed to launch Latina digital lifestyle platform She Se Puede (a play on “Yes you can” rallying cry “Sí se puede”), covering fashion, health, culture and, yes, voting.

The latter is especially key in 2020 as Latinos account for 32 million eligible voters, the country’s largest ethnic voting block. She Se Puede, says Longoria, aims to “build a culture that allows Latinas to see that power, believe in that power and see that full potential released.”

The Oct. 8 launch also comes amid a pandemic in which 34 percent of essential workers are Latino and communities of color have been hit hardest by job losses and lack of health care, as well as a divisive presidential election that sees Joe Biden trailing in the Latino vote in Florida, according to one poll. “We all truly know who’s on the side of Latinos, and it’s definitely not Trump,” she says. “This is the man whose administration is locking kids up in cages, who creates travel bans from countries that are poor, who wanted to sell Puerto Rico and exchange it for Greenland.” 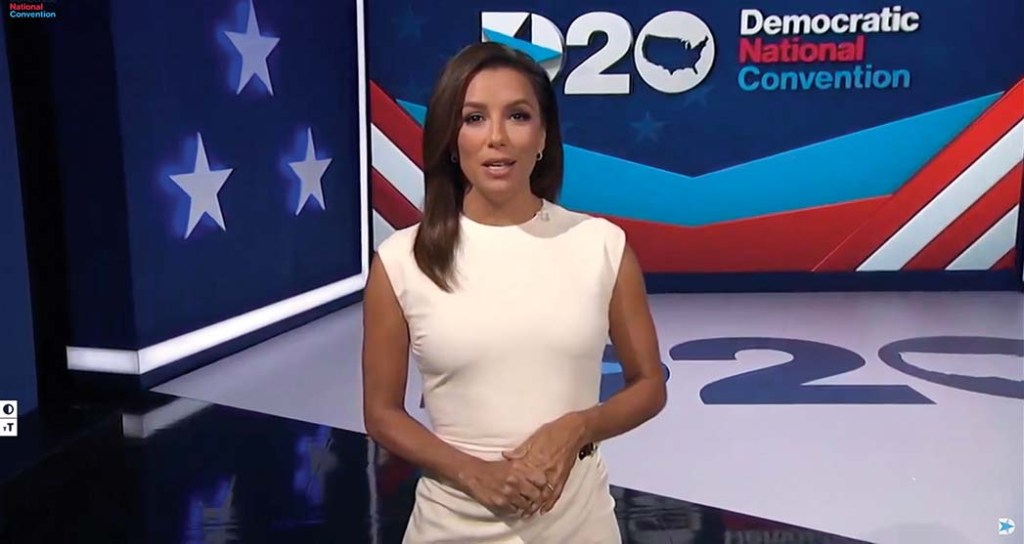 “We need to see Richard Montanez’s story more than we need to see Narcos,” Longoria says. “If we have young Latino boys just seeing Narcos, just seeing negative portrayals, then we are teaching them, ‘This is all you can be.'” She’s also set to direct, produce and star in the Sony action-comedy Spa Day, as well as direct 24/7, Universal’s reimagining of 9 to 5. Her mantra is, “Produce with purpose,” particularly after an Emmys where Latinos were largely shut out.

“It’s like, when is our industry going to get it?” she says. “You’re going to be left behind if you don’t start to make those changes yourself as a studio, as a streamer, as any gatekeeper that is white. Everybody knows diversity is what creates the new thing — I mean, Parasite proved that.”