In 1973, my friend’s dad took us to the movies to see something called Ten From Your Show of Shows, a compilation of sketches from the legendary TV show. It starred Sid Caesar, Imogene Coca and Carl Reiner, who I learned was also one of the amazing writers. It killed me. I literally fell on the floor during the final sketch, “This Is Your Story,” widely regarded as the best sketch ever, anywhere. “This is what I want to do, this is what I want to be, this is fun, this is what comedy is, this is a good job,” I thought to myself.

Around the same time, another friend turned me on to the 2000 Year Old Man records, starring Carl Reiner and another writer from Your Show of Shows, Mel Brooks. Again, me on the floor. I went to sleep listening to those records. I know them all by heart.

In 1996, during our first season of Everybody Loves Raymond, the phone in our writers room rang — it was Norman Lear. “I hear we’re fans of each other,” he said, and invited me to lunch. My God. He asked if I wouldn’t mind if a friend of his joined us. He could’ve brought Hitler to lunch with us, I didn’t care, but when I showed up at Pinot on Ventura Boulevard, Carl Reiner was sitting at the table with Norman. I dropped dead. These were two of the biggest influences, not just of my stupid life, but in the whole world of comedy. And these giants treated me like family. They instantly felt like your favorite uncles, and they’ve remained family all this time. At that first lunch, it was thrilling to hear their stories, and I got to tell Carl how I completely based my way of thinking on his way of running The Dick Van Dyke Show, which was to always ask the writers, “What happened at your house this week?”

Over the years that followed, my idols introduced me to their fellow gods, Larry Gelbart, Mel Brooks, Neil Simon, and we’d have lunch. I’d selfishly plan dinners for all of them to get together with wives and other guests, and these were some of the best nights of my life. Paul Reiser just reminded me of one dinner where Carl sensed a lull in the conversation, clinked his glass and said to everyone: “I think we need to come up with a new word for vagina. Because what we have isn’t working.” 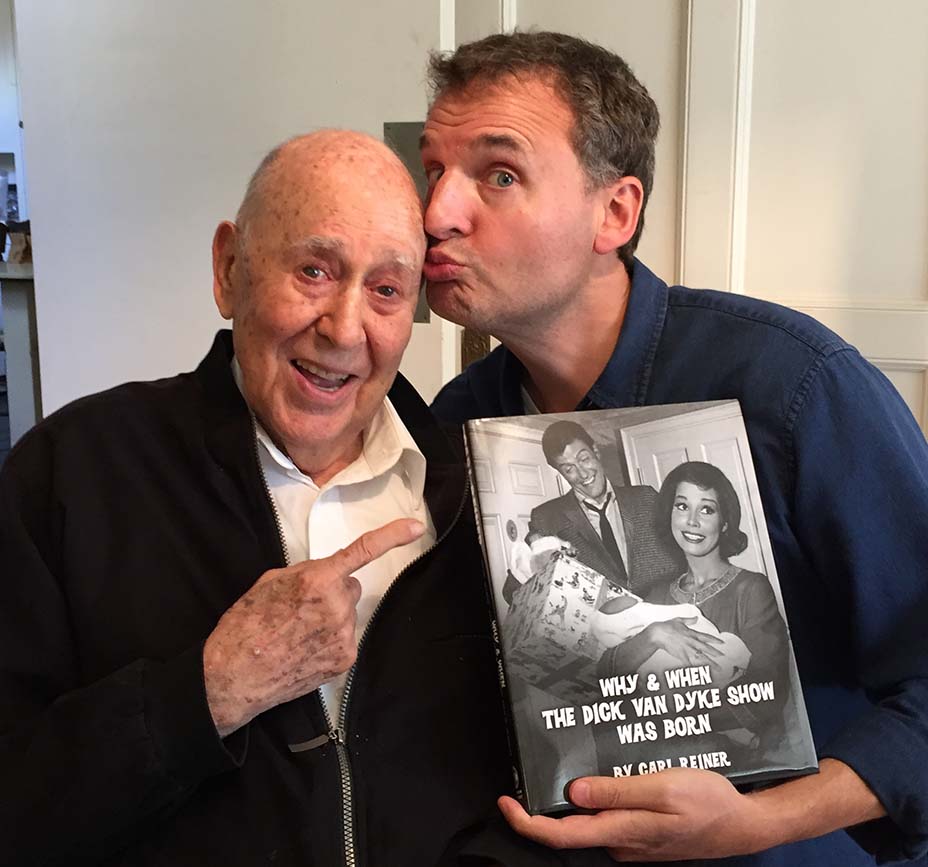 Later I’d meet Carl’s friend Steve Martin, and the two of them at lunch once improvised “The Two Thousand Year Old Gentile.”

I’ve had too many lunches to count with Carl, about once a month on average, but I can tell you that every single one has been memorable, because of all the stories and laughs, and because Carl’s amazing memory and faculty hardly faded over over time. He was always sharp, insightful, political, interested, involved and busy. He had a book-publishing operation upstairs in his house, and he’d bring us up to see the latest book he was working on. I have a lot of these books. And so does everyone I’d bring to lunch with me. I loved bringing my friends to meet Carl — I did it for them, but Carl loved meeting people. He loved human beings. That’s what made him Carl, that’s what drove him and his comedy — it was a comedy of inclusion. He was a living lesson. He made my life better.

Lunch always includes another dear friend, Carl’s nephew and manager, George Shapiro, who has been so beautifully dedicated to his uncle. Another mensch. George, if you’re reading this, and Norman, and I know it’s a long shot, but Mel, I love you boys. Let’s have lunch. 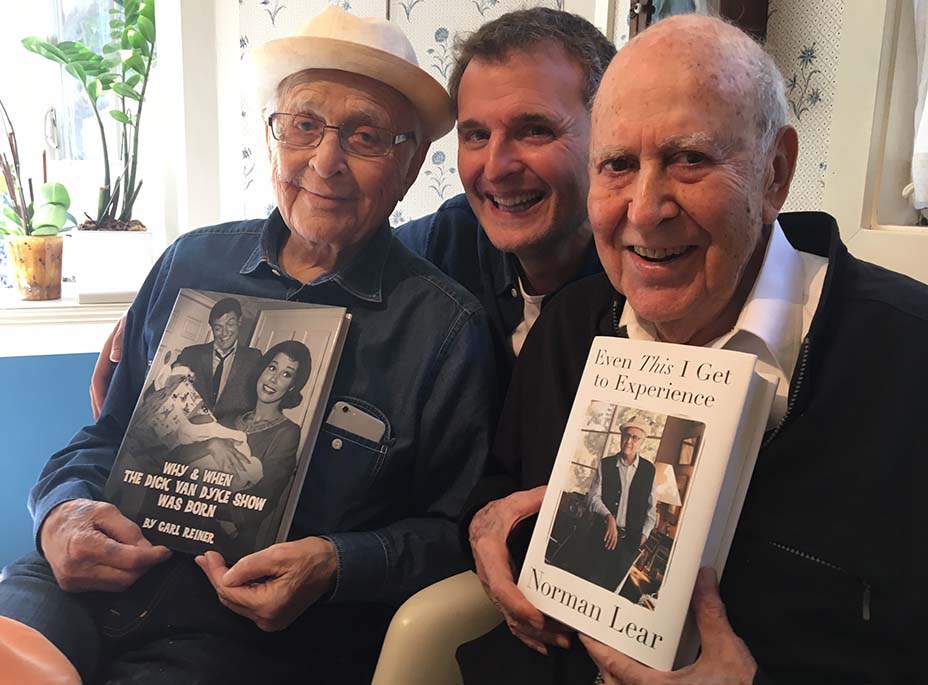 "Now This is Funny": My Recent Afternoon at Carl Reiner's House