According to the award season narrative, most actors are seeking a series of ever-more-challenging roles leading to some sort of statue. But what does the path look like for an actor who wins an Oscar at 11?

There’s no obvious trajectory to Anna Paquin’s career, no clear through-line in the roles she’s taken between being plucked from school in New Zealand for a role in Jane Campion’s The Piano, becoming the second-youngest Oscar winner ever, and now, where she’s both producing and starring in the Pop drama Flack. She’s played a ’70s rock groupie, a mutant teenager, a cop, a telepathic waitress in love with a vampire, and now, a ruthless American PR executive living in London and sabotaging her own life.

“I’m a material-focused person. I like good writing. I like smart writing. I like working with people that inspire me. I like working with people that make me up my game. That’s the through-line. But there isn’t a thematic through-line, per se. I like being challenged,” she told The Hollywood Reporter ahead of Flack‘s premiere.

Material obviously wasn’t something she thought about at 10 years old when she was cast as Holly Hunter’s daughter in Jane Campion’s The Piano, which took place in and was filmed in the filmmaker’s homeland. Paquin, born in Canada and raised New Zealand, was essentially plucked from recess and dropped on a film set — only to deliver an Oscar-winning performance. Continuing in Hollywood after that meant one of two things: either constantly try to live up to her childhood promise, or forge a career in Hollywood with the knowledge that she’d already been awarded the industry’s most prestigious prize.

“I didn’t grow up here. I didn’t grow up in a household where we watched film and TV. I didn’t have any concept of that being important — I didn’t even know, frankly, what it was,” she told THR. “So I think I probably just have the benefit of it having happened before I really had any idea what the significance was. Now it’s just, ‘Okay, that’s kind of a funny story. That time I accidentally became an actress and they gave me that nice gold shiny statue for my first job.’ I mean, it’s pretty random. I come from a very small country.” 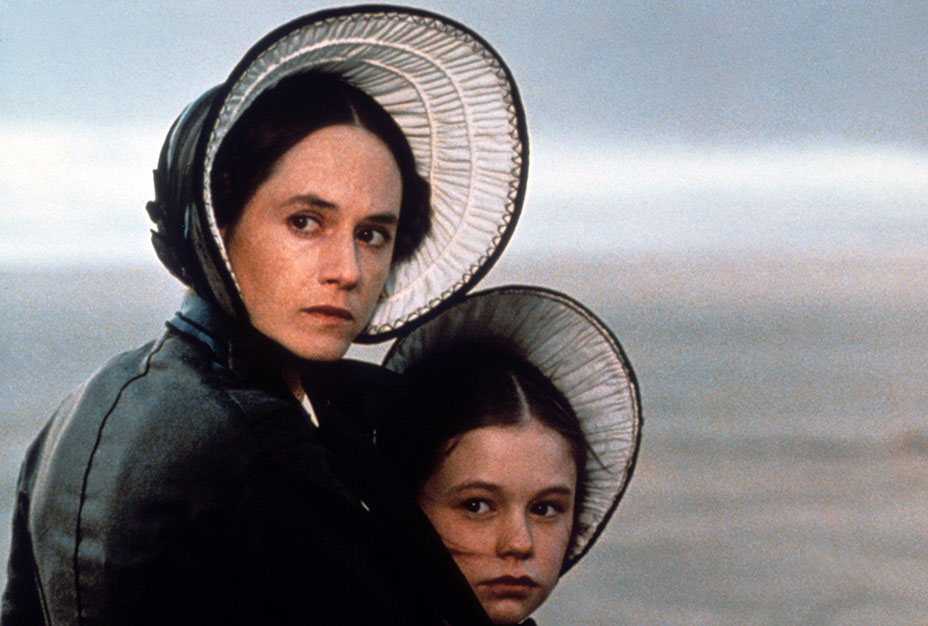 While New Zealand might have a higher profile post-Peter Jackson’s Lord of the Rings, Campion’s Oscar-winning film brought the tiny country an acclaim it hadn’t seen before.

“Jane Campion was kind of the first big filmmaker out of New Zealand on that public level that got huge success. I happened to be the beneficiary of that. How many hundreds of tiny independent films from small countries never see the light of day? As someone who produces independent films, I can tell you the odds of that happening are very, very small.”

That “random” role also unknowingly provided the actress an important Hollywood lesson long before inclusion initiatives sparked a major shift in gender parity in the industry.

“The first film I ever worked on Jane Campion directed, she wrote it, Jan Chapman produced it. It was this massive female filmmaker fest. My formative experience was, ‘Of course women do those jobs.’ Didn’t see another female director for a couple of decades,” Paquin joked. “I mean, I’m exaggerating, but it’s really inspiring and wonderful to be surrounded by strong, talented, powerful, capable women. I absolutely love talented, wonderful, capable men. But they’ve had a voice at the table in a very big way for all of time, and it’s refreshing to see that change.”

After The Piano, roles in kids’ movies (Fly Away Home), historical epics (Amistad), and then teen movies followed. She’s All That, which celebrates its 20th anniversary in 2019, might’ve immediately entered the teen movie pantheon once Rachael Leigh Cook tripped down the stairs after her makeover.

To the She’s All That devotees, Paquin confessed, “Honestly, I don’t have any particularly strong feelings one way or the other [about She’s All That]. I’d just moved to LA; I was starting a new school; I was in my junior year and learning about how psychotic and scary the college application process was. My head was in a lot of places, it was less in the analyzing exactly what the cultural significance of the work I was doing and more like I really need to get an A in that test or I’m not getting into the school I want to get into.”

A short stint at Columbia followed that, but so did roles in indies (The Squid and the Whale) and big-budget blockbusters (Bryan Singer’s X-Men trilogy), Broadway and off-Broadway plays. (For the record, Paquin declined to comment on the most recent allegations against Singer following a report with multiple accusers in The Atlantic.) 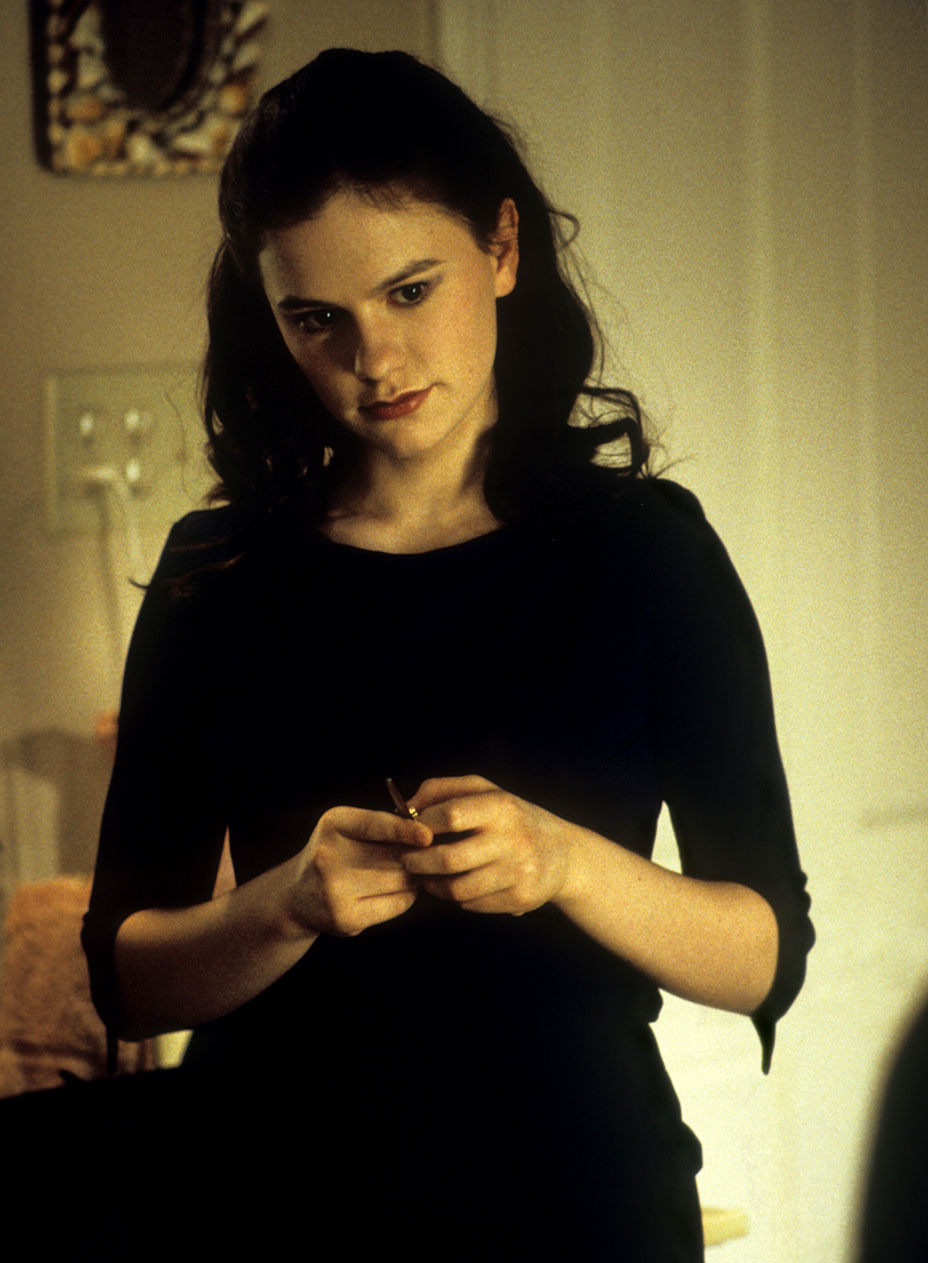 By the time Sookie Stackhouse and HBO vampire drama True Blood came around, she was a veteran of the industry. While she was cast just before the movie stars-to-TV rush became commonplace, she felt no snobbery about shifting to television, she told THR, because it’s simply a different type of storytelling. Which, as she stressed multiple times, is the most important factor in her work.

“A feature you go, you work your ass off for three months, two months, 18 days, whatever it is, and that’s really gratifying. That’s satisfying. There’s a nice bow on it at the end. But that’s all the time you ever get to spend with that character. A TV show you get to spend many hours as far as character development and plot and living in that person’s life and walking in their shoes, so to speak. It’s not really better or worse, it’s just the different way to get to tell a story, and having a bit more time to tell a story sometimes is incredibly enjoyable. It means that you’re not trying to cram every single thing in to one hour and 53 minutes, or whatever. Both have their challenges as far as mediums, as far as keeping a story interesting season after season or even for just multiple episodes. But there’s perks to getting to delve into backstory and other characters, and supporting cast. There’s creative limitations and excitements and benefits of both. I enjoy them both for what they both are.”

During her six years on True Blood, she met, fell in love with, married, and had two children (twins) with co-star Stephen Moyer, now her production partner as well. Afterward, she didn’t intend to steer clear of a genre role. It’s just that another she wanted to take didn’t come along before Canadian crime drama Bellevue, which she and Moyer also produced, and Netflix’s Margaret Atwood miniseries Alias Grace.

“I’m quite well-immersed in the enthusiasm level of the genre extended community. It’s a very cool club to get to be a part of, because they’re people who passionately care about what you’re doing,” Paquin said. “Some people [would say], ‘You’re on a silly show about vampires.’ [And the fans say], ‘No, it matters. And the choices that are made matter.’ We’re playing make believe, so it’s nice for people to really care. It really is, I’m not going to lie. People who are very, very invested in it, is a really gratifying and really beautiful thing.” 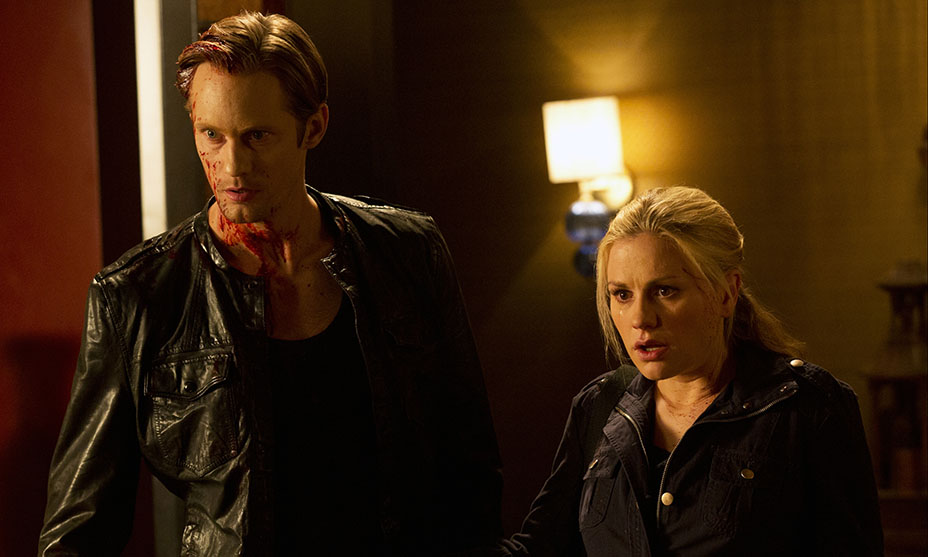 She continued, “Some people who are not interested in genre stuff kind of dismiss it as being less-than, somehow. I’m like, ‘Yeah, well, there’s thousands of people that will stand in line to maybe get to come and see their favorite show at Comic-Con who would respectfully disagree with you.’ And then you get into those places where you get to interact with some of those people who are really passionate about the thing that you’re doing. I think that’s really exciting as well. Because ultimately, we’re entertainers. So it’s nice to see the enthusiasm coming back at us.”

Flack is the third project Paquin and Moyer’s CASM Films has produced (after Bellevue and Moyer’s feature directing debut, The Parting Glass), but it’s one of many things Paquin wants to continue doing. She will appear in the final season of Showtime’s The Affair (a role she was happy to take thanks to its geographically desirable location — her home base of Los Angeles, so she can take her children to school), and she’s searching for the right project to make her own directorial debut.

Ultimately, after two and a half decades of acting, producing seemed inevitable.

And, over two and a half decades in the industry, she’s paid attention.

“I see everything, I hear everything. I’ve grown up on film and TV sets. The details of how things work and why and what makes things work interest me. That’s just sort of who I am.”

After Flack, Paquin’s next move might not take her career to another step on a ladder. But that’s fine, because her priorities have changed.

“Selfishly I don’t want to have to ever spend time away from my children. My husband and I take turns, but basically it would be nice to work more here. Ultimately, my priority is what’s best for them,” she said. “Look, I don’t have a crystal ball, I don’t know how it’s all going to shake down as far as when things appear, when they don’t. But right now, my family and what’s right for my kids is top of my list. As I think it should be.”