This season is about dueling crime organizations. Noah, when did you realize the story needed a character like Oraetta Mayflower on the outskirts?

NOAH HAWLEY It’s hard to separate the origins of it. I don’t feel like I had a gang war and I was like, “I know! I’ll put a killer nurse in it.” There were two parallel ideas that for whatever reason I didn’t separate. I thought it was funny that they’re basically two different crime movies that collide, and that there’s no point at which Oraetta thinks she’s in their movie. They’re always in her movie. I didn’t want to have a hero cop, and therefore I needed the moral detective in the guise of Ethelrida [Emyri Crutchfield], the 16-year-old. And I hit upon this Rear Window idea that she had a neighbor she was watching. And then once it was, “OK, the killer nurse,” then it was interesting to go, “OK, so Ethelrida’s family runs a mortuary and Oraetta shows up to the funerals of the patients she kills.” And now you can see why, if you were Ethelrida and you kept seeing the woman at all these funerals, you might begin to get a little suspicious.

JESSIE BUCKLEY You’ve obviously never been to an Irish funeral. Irish funerals are a social event. I remember when I was younger, I was babysat by this farmer family called the Horns. The father, every single night, would sit beside the radio with a notebook and take down the names of all the people who had died that week. They all go and stand outside the mortuary just to have a chat!

When you got the initial logline for this character, Jessie, did it just say, “She’s a killer nurse”?

BUCKLEY I can’t really remember, but I remember feeling excited about the idea of death. I’d read this book called All That Remains, which is by a female anthropologist called Dame Sue Black. And she basically is in love with death. So I was looking around the world of death and then this character showed up, and I thought, “Oh, she’s kind of like a female Grim Reaper.” She’s lived so closely on the precipice of life and death and toys with it. It didn’t just feel straight down the barrel of the lens like, “Oh, this is a serial killer.” I felt more excited about the weird relationship that she might have with death. And the first time you see her is amongst a celebration of death. I thought, “What if this person is in love with death? That is interesting.” So that was probably my first reaction. Don’t know what that says about me.

So you’re comfortable with the idea that she’s a serial killer?

HAWLEY I think it’s undeniable that she has both a predilection for it and an M.O. For me, she embodies a certain American madness. She is a killer who denies that she’s a killer. And she’s a racist who denies that she’s a racist. She couches it in science and eugenics and all that. And there’s a kind of madness that comes, I think, in America, if not other places, from being so aggressively something and denying you’re that thing at the same time. You know what I mean? To live in a society that clearly has systemic racism baked into it, and yet people won’t admit that that’s true. It makes you crazy to have to go, “No, no, no. I’m totally killing all these people, but if you ask me, I’m not killing any of these people.” 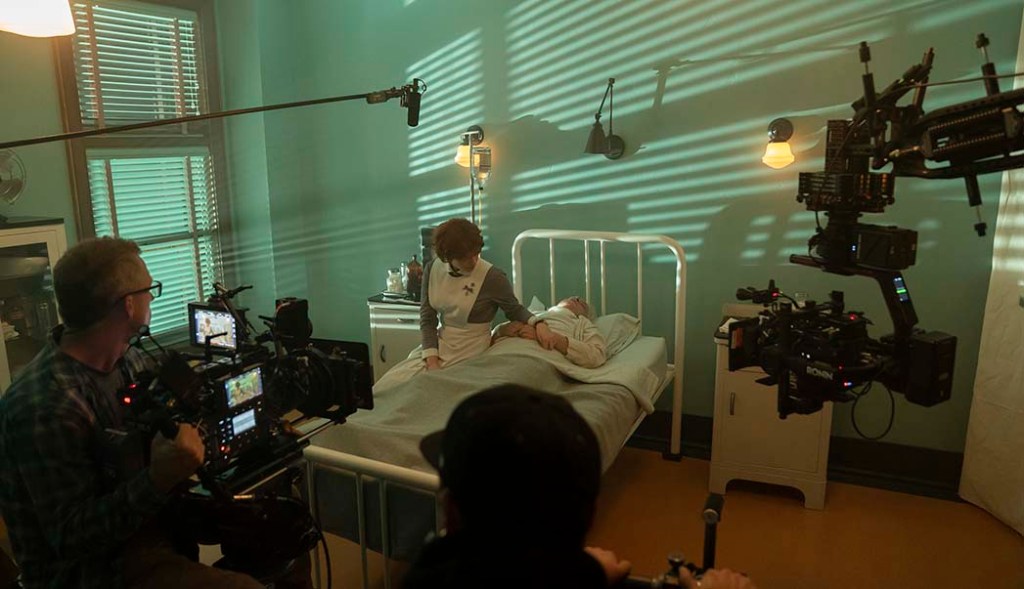 I was wondering if “Oraetta Mayflower” was even her name.

BUCKLEY I’ve never thought that it wasn’t. I think she’s whoever she is in whatever place she is, and she is 120 percent that. She is God’s agent to send people through to the next life. I never questioned that she was anything other than who she said she was.

Noah, how did you set your sights on Jessie?

HAWLEY Just watching her work, really. I watched Beast and then I watched Wild Rose and Chernobyl. You can’t get three more different performances than those. What sealed it for me was the great delight she took in the darkness of the character. The thing with Fargo is it has to be grounded but you also have to know what movie you’re making. It’s elevated, it’s heightened reality. It’s serious business, the serious business of being funny. And it was kismet that when I talked to Jessie she was working with [former Fargo stars] David Thewlis and Jesse Plemons at the same time [on I’m Thinking of Ending Things], which seemed like life trying to tell me something.

BUCKLEY Literally both of them said, “You have got to do it. You will have the best fun.” It’s so bloody delicious to get a chance to step into something so heightened, yet so human, and to play with that. There’s nothing more yummy than doing something like that. 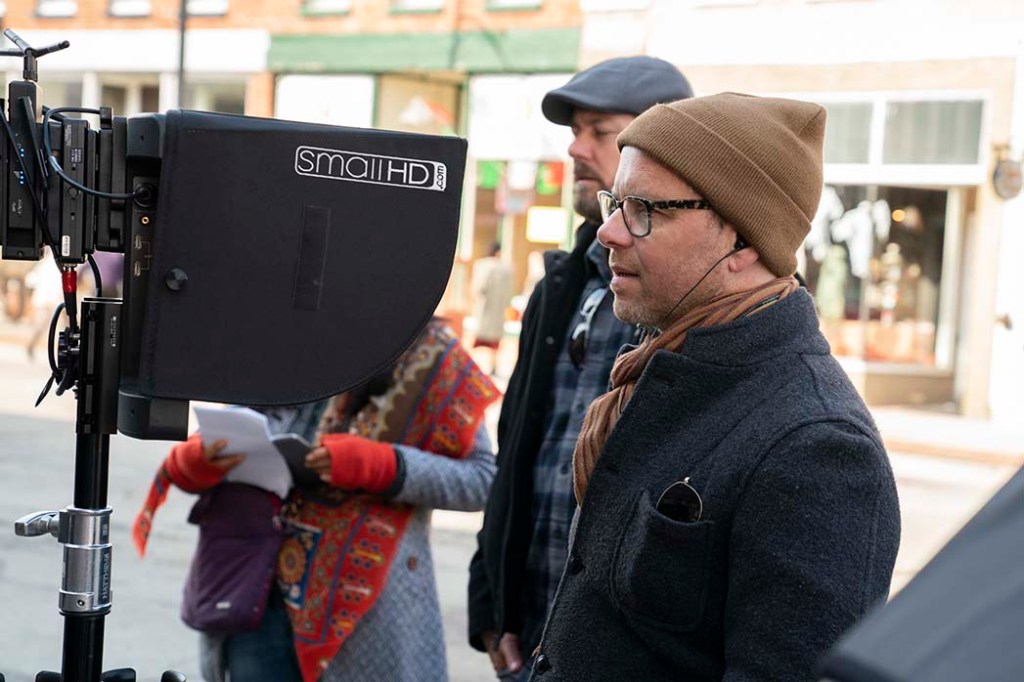 BUCKLEY First of all, everybody’s absolutely brilliant. You know you’re going to be working with people who know how to serve at the highest caliber and play with each other, who are wicked at what they do. And yeah, I guess we’re all from nowhere and everywhere. We all have an identity — it’s a collage of everything.

HAWLEY What was exciting was the opportunity to bring together so many different voices and faces. It became clear to me very quickly that the Italian Americans should be Italian Americans, that we should hire as many Italian actors as we could. I wanted actual Italians having to speak English. I think those things are meaningful to the cast in acting with each other. It was great to cast Karen [Aldridge] and Kelsey [Asbille] as Zelmare and Swanee, and then to be able to bring Ben Whishaw into it. And Tim Olyphant. You can’t get more British-and-American than those two.

How naturally did your own Minnesota accent come, Jessie?

BUCKLEY I worked with two brilliant dialect coaches who were on set just before we started shooting. I remember one of them said to me that when Frances McDormand was doing the film, she’d just done an Irish play, and a lot of the sounds or just the shape was quite an easy access into something. But I don’t know, with an accent it’s never just an accent, it’s a whole personality. And especially with Minnesota, it’s such a unique character. It’s a perfect accent because you can say the complete opposite to what you actually mean … It’s really a fun accent to do.

HAWLEY It felt like there was something that the movie has to say about “Minnesota nice.” I remember talking with Joel Cohen [about how] in polite society, people don’t know how to bend — they just break. And it’s the other reason I feel I’ve had such good luck with actors from the U.K. The Brits tend to have that, “Everything is fine. Nothing to see here. I don’t want to bother you,” as the ship is sinking. And it felt like the inversion of Minnesota nice, which is to say she’s not nice at all.

From this vast ensemble, Jessie, who do you wish you could have had more scenes with?

BUCKLEY Oh God, loads! I don’t think I ever met Chris [Rock], for example, once on set. Or Glynn [Turman]. I love Ben [Whishaw] because we both live in London and it was nice to have a buddy from my side of the pond, even though we are all sharing the pond. But everybody is so fantastic. I would’ve loved to have had a scene with any of them.

You’ve had a lot of success in recent years doing close-ended, limited TV series like this and Chernobyl. What’s the appeal of that format for you?

BUCKLEY I might get a bit bored, if I’m honest, if I did something for five years. I guess if I was stuck in something for years, I wouldn’t have the chance to find out something about myself or about the world that I didn’t know.