[This column contains spoilers from Fear the Walking Dead.]

I’m tired. Like a character on a zombie show, I’m exhausted from fighting the same battles over and over again.

The fact that so many people making television need to be reminded of the medium’s questionable history where female characters are concerned — frankly, it’s just demoralizing. But I’ve downed a bunch of caffeine, so I’m going to wade into the latest disappointing situation.

Kim Dickens was the lead on AMC’s Fear the Walking Dead. Until she wasn’t.

To understand the importance of the first sentence of the preceding paragraph, you have to look at Hollywood’s track record. Let me reach into my pocket and pull out some receipts.

According to USC Annenberg’s 2016 report on inclusion in the entertainment industry, fewer than 40 percent of all TV speaking roles went to girls and women (the percentage in the cable realm is 37 percent). In the cable arena, 29.4 percent of female characters were 40 or older. Cable also sexualizes female characters at the highest rate: 39.6 percent are shown in revealing clothing or with full or partial nudity. Fun fact: That sexualization percentage is higher in TV than in film, which does this less than 30 percent of the time. (To be clear, I think sexualities of all kinds should be celebrated and explored onscreen, but when it comes to women, this kind of storytelling usually lacks depth, sensitivity and nuance.)

So, females on cable TV shows are outnumbered by males by a ratio of almost two to one; the women who do exist in that realm are often relegated to supporting or unimportant eye-candy roles. Relative to their representation, they die a lot: According to a 2016 Vox study, 44 percent of deaths happen to women. And the nondead women who exist are rarely older than 40.

Then there was Dickens’ Madison Clark. 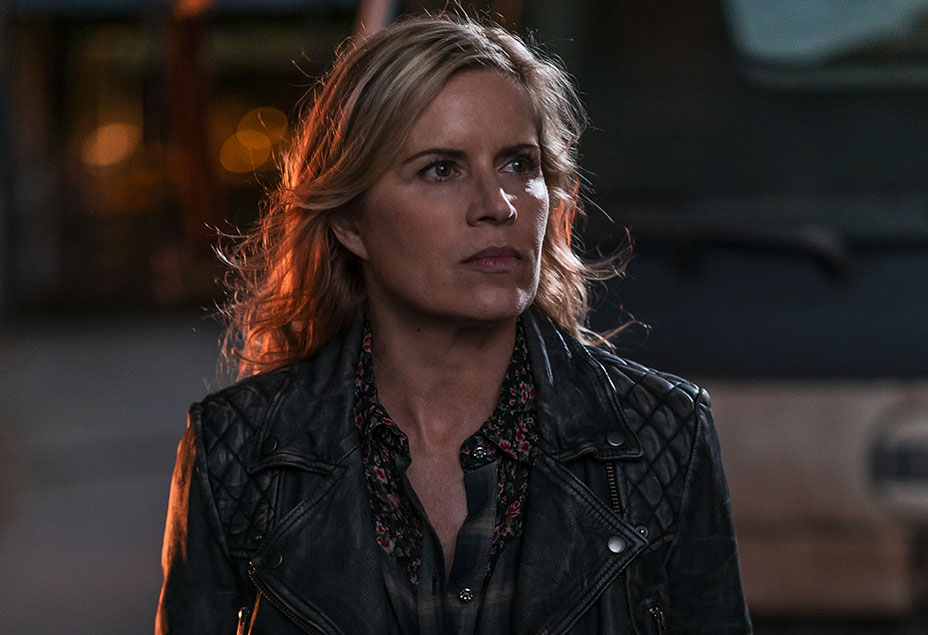 She was a smart, tough woman over 40 who was the lead of The Walking Dead spinoff. On Sunday, the show killed her off. This is infuriating for a lot of reasons; if nothing else, Dickens is a fine actress in the prime of her career. There was plenty more story to tell with her character, and now the Clark family — the core of the show when it began — is almost completely gone, except for Madison’s daughter, Alicia.

More importantly, as I wrote during an onscreen female bloodbath that occurred throughout 2016, a show’s lead is usually fitted with a “cloak of invincibility” — but usually only if the lead is a man. On the rare occasion that a TV program’s lead or co-lead is a woman, we’ve learned that the cloak is full of holes. She can die any time.

The decision to kill off one of TV’s — and cable’s — rare mature female leads is baffling. The simple truth is: Shows aimed at the mainstream, not to mention programs with a genre premise, rarely cast women over 40 in the most important role. Ignoring this context and history, just to give viewers another tiresome “major death,” represents a massive lapse in judgment. The fact that this decision comes from The Walking Dead franchise, which has come under fire for its treatment of women and people of color in the past, is even more depressing.

Andrew Lincoln, also a fine actor, is over 40, as it happens. After nine seasons as the lead of The Walking Dead, he will be leaving during the ninth season of the AMC hit. I don’t begrudge his choice: After crunching thousands of zombie skulls in the Georgia heat, the man deserves a break. I wish him nothing but the best.

But let’s take a look at how this whole thing played out for Dickens. She got less than half the time Lincoln did — her character didn’t even make it through four full seasons. And according to interviews she gave after her character’s death, it sure looks like Madison’s exit was not her idea, nor did she particularly want to leave the show. Imagine being the lead on your show and being presented with the idea that you’ll be killed off halfway into the fourth season.

Are viewers — and Dickens — supposed to be grateful for these scraps?

And, of course, The Walking Dead mothership gives every indication of turning Daryl (Norman Reedus) into the show’s lead, instead of Carol (Melissa McBride) or Michonne (Danai Gurira), who are two of the show’s most compelling characters (and the latter is coming off a role in the year’s biggest film, Black Panther). If you think that the differing treatment of Lincoln and Dickens —or the men and the women of both Walking Dead shows — is merely coincidental, as I said in a Twitter thread Monday, I have a bridge I’d like to sell you.

But the story is bigger than that. Not only does the data support the idea that female leads of a certain age are rare in TV — especially on cable — not only does Dickens’ exit retrace many dispiriting patterns, we have another recent example of the mind-boggling treatment of a respected actress in the mainstream cable arena. 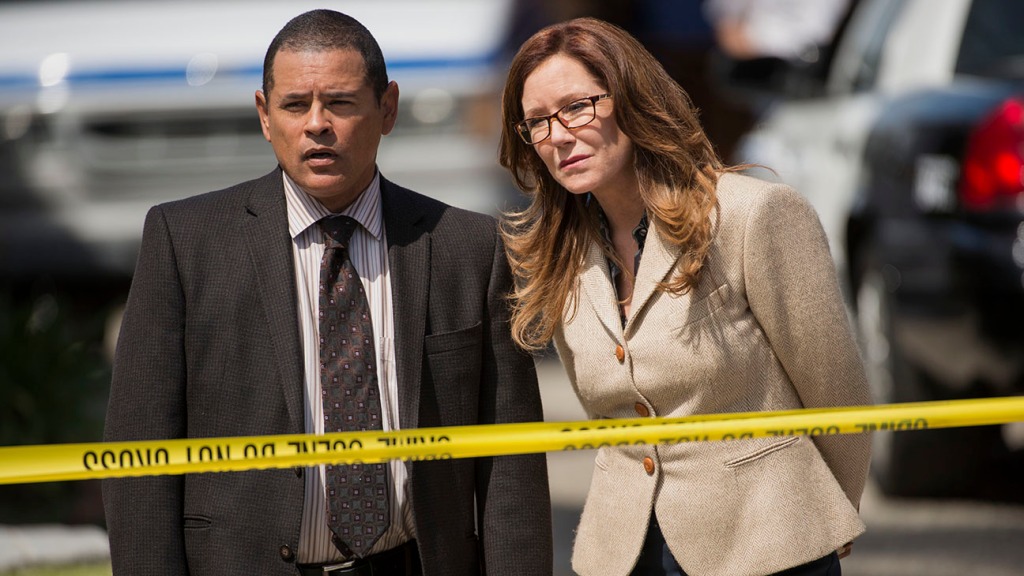 Late last year, Mary McDonnell’s character, Sharon Raydor, was killed off TNT’s Major Crimes before the series finale — other characters wrapped up a key storyline without her, which was deeply weird and unsatisfying. A character who was all about doing the right thing and leaving no stone unturned didn’t get to close her final case. Not only that, McDonnell’s name was taken off the show’s credits right at the end of the run — and she wasn’t told that would happen ahead of time. To this day, the graceless treatment of one of America’s finest actresses grates on me (and many fans of Major Crimes).

Numbers and patterns, they all add up to something. The message is received loud and clear. Hollywood’s ageism, especially as it relates to women — all of which was on display in the recent Arrested Development controversy involving Jeffrey Tambor and Jessica Walter — is pervasive and apparently will never change. At this point, ageism against women in the industry feels like an immovable law.

OK. We get it. Women have gotten the message. For the most part, you don’t want female leads over 40. The few parts available in that realm will go to white women, generally speaking, and more often than not, their characters will be straight. Women with a good deal of life experience — and actresses at the top of their games — can have a few moments in the sun now and then but be prepared for them to be killed off or sidelined at any time. 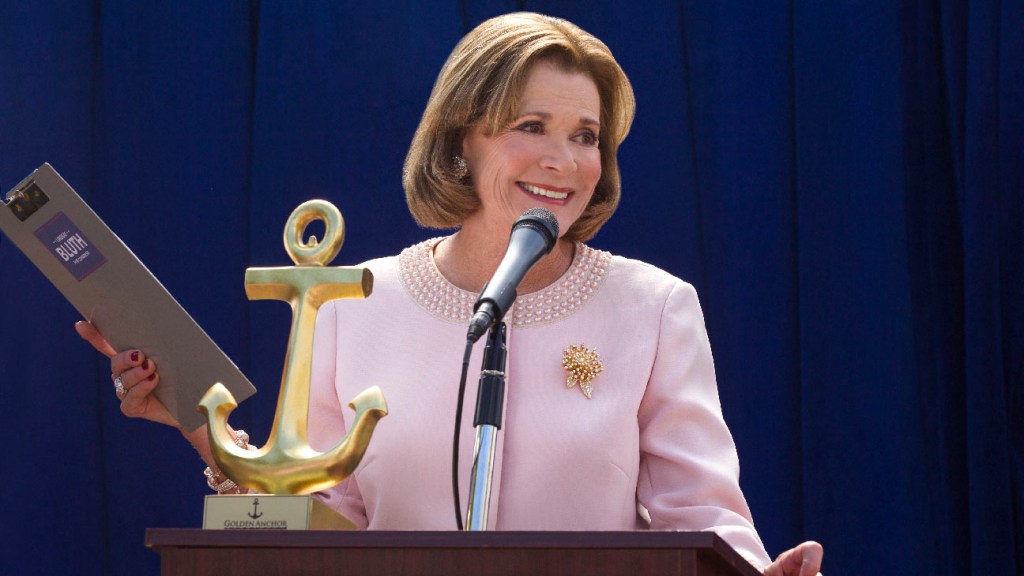 If you’re a woman who has lived a knotty, interesting life and has been around the block a couple of times, don’t look for yourself onscreen, certainly not in the bigger or more noted TV franchises. If you want to see yourself as a badass, just watch Wonder Woman again.

Honestly, it all makes sense when you look at yet another set of stats: Women represented 27 percent of the behind-the-scenes individuals working on cable and streaming programs in the 2016-17 season, according to the annual SDSU study. It’s an increase, to be sure, from the 22 percent of the previous season. Maybe the next study will have even better news. Maybe before I am dead and buried — ideally not eaten by a zombie — women, who are 51 percent of the population, will be 51 percent of the TV industry. A gal can dream.

Only a couple more numbers, I promise: According to the most recent SDSU survey, which tracked 4,310 TV credits from the 2016-17 season, three-quarters of the cable and streaming episodes tracked for the study were written by men. Fear the Walking Dead and Major Crimes shows have or had women on their writing staffs but their showrunners are and were men (although a woman, Angela Kang, is taking over The Walking Dead in season nine). And that’s by far the norm in TV, but especially in that realm (76 percent of cable/streaming creators are men).

Speaking of the industry in general, maybe if those numbers were different, the Madison Clarks and Sharon Raydors of the world would have gone down different paths.

Instead, it’s the same old story.