Madison Clark (Kim Dickens) and the rest of her loved ones were last seen on Fear the Walking Dead swimming in uncertainty, hip deep or worse in the flooded Gonzalez Dam.

It’s a testament to how much the status quo of the show has changed, then, that the members of the Clark clan aren’t the most mysterious entities heading into season four, premiering April 15 after the eighth season finale of the flagship Walking Dead. Yes, we know one of the new players fairly well at this point: Morgan Jones (Lennie James), trading one apocalyptic show for another. But even in his case, it’s very hard to know exactly how the character will fit in with the world of Fear, given Morgan’s turbulent arc over the past 16 episodes of Walking Dead.

And then there’s the matter of the three new series regulars who are brand new to this universe (at least as far as the Clarks and viewers are concerned), even if they come in the form of some very familiar actors: Jenna Elfman as Naomi, Maggie Grace as Althea, and Garret Dillahunt as John. At least with Morgan, we can make some predictions about what to expect. With this trio? It’s a much harder exercise, to be sure.

Having seen the first two episodes of the new Fear the Walking Dead season, we can shed a little more light on what to expect from the newcomers. Here’s what you need to know about the new survivors heading into the show, with the mildest of teases about what’s ahead in the Fear premiere. 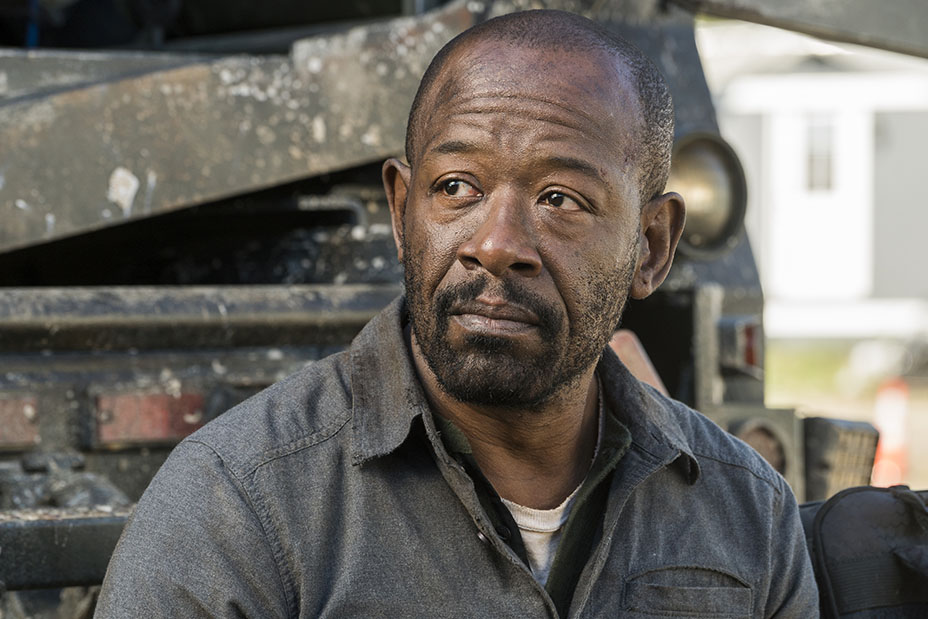 Best-known works: The Walking Dead isn’t notable enough for you?

Weaknesses: A little too good at killing things

Out of context quote: “I’d like to get out of here, please.”

What AMC says about Morgan: “As Morgan Jones steps into the world of Fear the Walking Dead, he’ll be continuing the journey he began on The Walking Dead — a journey where he wrestled with the dangers of losing the people closest to him. We’ll see him take drastic action to protect himself from experiencing the pain and loss of his past, but a series of unexpected interactions — some with people who will become friends and others with people who will become foes — will force Morgan to discover that when it comes to confronting how to live in this world, he can run but he can’t hide.”

Overall forecast: Here’s what’s fun about Morgan as he makes the leap from one Walking Dead series to another: We simply don’t know which version of Morgan we’re about to meet. The man has been part of this franchise since the very beginning, and yet he changes with alarming regularity. Will the newest version of Morgan extend his murderous streak from Walking Dead season eight? Will he find his way back to the teachings of Eastman (John Carroll Lynch) and bring peace and positivity to the Clark clan? Perhaps he’ll find some sort of middle ground between the two, but truly, who can say? However it plays out, Morgan’s involvement in Fear the Walking Dead is the biggest wildcard heading into the series, and therefore the greatest point of interest. 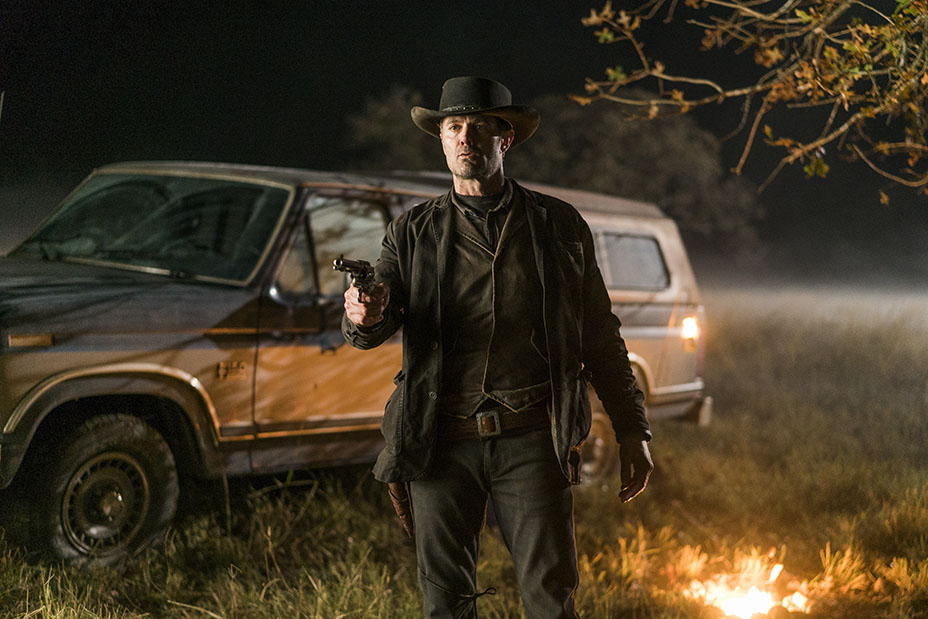 Strengths: Gifted as a gunslinger, able to survive long stretches of silence without a peep, makes a mean bucket of popcorn, has a very friendly demeanor

Out of context quote: “Am I talking loud? I am.”

What AMC says about John: “John is a man who has been living on his own for some time. But we’ll come to learn that his isolation is not of his own choosing. He’s lost someone, and he’s determined to find them no matter what it takes. As a gentle soul — an innocent in a dangerous world — John’s optimism will fuel his search. But with every turn of adversity he encounters along his path, John will come to understand the challenge of maintaining hope in a grim world.”

Overall forecast: Another John on another show (one which has ties to our next character on the board) would look at Garret Dillahunt’s involvement in the Walking Dead universe as fate. Once upon a time, Dillahunt was in the mix to play Negan — at least, his name was bandied about, even if the talk was more exaggeration than truth. But it was true enough to land the Deadwood veteran on Scott M. Gimple’s radar, which directly led to his role as John on Fear the Walking Dead. Good thing, too: John makes quite the impression right out of the gate, unique and singular in a space where hundreds of other characters have already traversed the Walking Dead landscape. 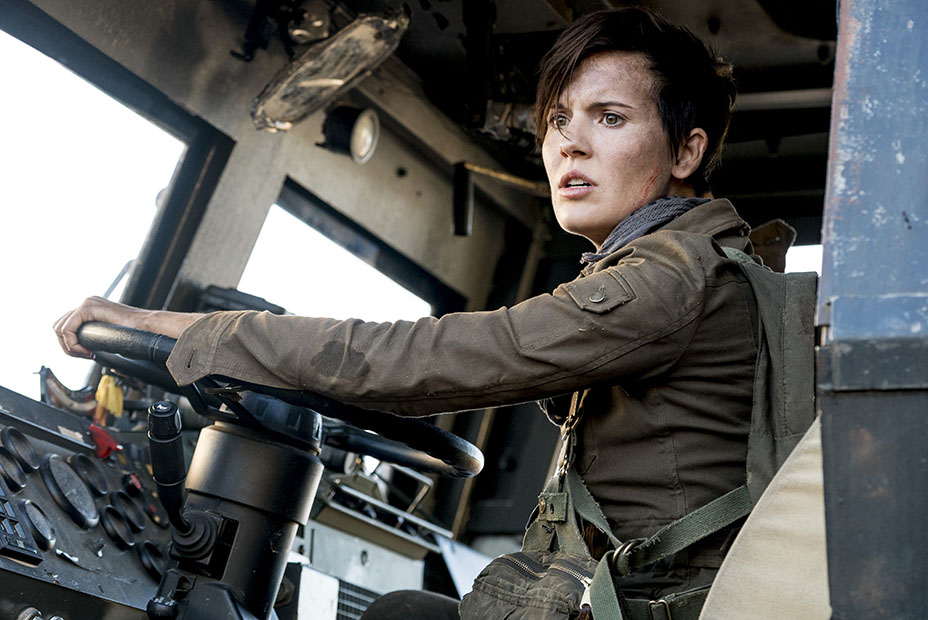 Best-known works: The ill-fated Shannon on Lost, and the occasionally taken Kim Mills from the Taken film franchise.

Strengths: A dedication to the pursuit of truth even in the face of civilization’s collapse, incredible driving skills and a really great car

Weaknesses: In another universe, she stood in the way of Sayid and Nadiya’s happily ever after

Out of context quote: “All right … who wants to go first?”

What AMC says about Al: “Al is someone uniquely qualified to survive — to thrive, even — in this world because of her experiences before the apocalypse. When we meet her, we’ll find that she has found a way to pick up where she left off before the world collapsed. She has a number of impressive weapons in her arsenal, the greatest of which is her curiosity and an innate understanding of people. But we’ll learn that this curiosity is about more than just survival for Al; it’s part of a greater mission, one that will become more critical and complicated as her journey progresses.”

Overall forecast: If your primary experience with Maggie Grace is as the longer-lasting half of the Boone and Shannon deal, you’re in for a big surprise with her turn as Althea: fully formed and highly capable of survival in the world of the dead. She comes to the table with an occupation that’s somewhat similar to something seen at the midpoint of Walking Dead season five, giving her a refreshing reason for wanting to meet and interact with new survivors. And seriously, the weapon of choice? It’s great, and you won’t have to wait long to see it. 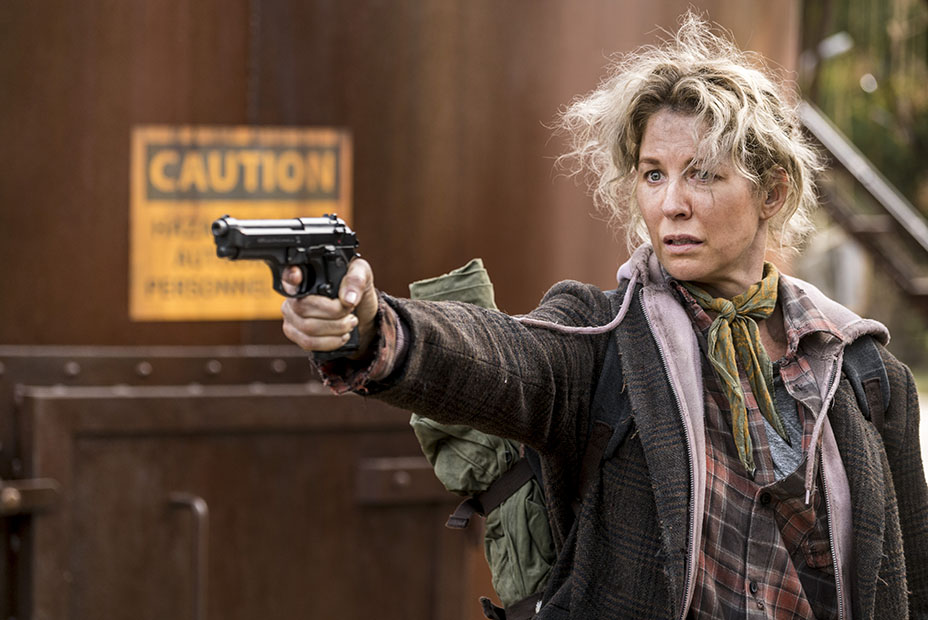 Best-known works: Popular answer is Dharma and Greg, but do yourself a favor and seek out Keeping the Faith if you haven’t done so already.

Weapon of choice: Do “extensive trust issues” count as a weapon?

Strengths: An uncanny knack for surviving extreme adversity, can swim well even in a pool of oil

Weaknesses: Do we trust her? The jury’s still out …

Out of context quote: “You don’t even know me.”

What AMC says about Naomi: “Naomi is a capable survivor who we’ll find living on her own at the beginning of the season. She’ll have her guard up when she crosses paths with Madison and her family, and we’ll come to learn that Naomi has a very good reason for keeping people at a distance. Whether Naomi will ultimately face and overcome what’s keeping her in isolation is a question that only she can answer.”

Overall forecast: Where John and Althea arrive on Fear the Walking Dead with a fairly immediately clear and clean purpose, Naomi enters the scene on much murkier ground. Literally, she’s drenched in filth within minutes of her debut. It’s hard to know exactly where she stands within the universe of the dead and what the show has in mind for the character, but Elfman — more commonly associated with feel-good comedy than blood-soaked drama — commits to the role right away. It’s an against-type performance that’s worth keeping an eye on as the new Fear status quo slowly makes itself known.

'Fear the Walking Dead': What to Expect From Morgan's New Adventure

Which survivor are you most looking forward to meeting? Sound off in the comments section below, and keep checking out our Fear the Walking Dead coverage all season long.