Ahead of September’s 20-year premiere anniversary, the cast of former WB Network drama Felicity closed out the seventh “season” of the ATX Television Festival in Austin, Texas.

Here are the highlights from the sold-out 20-year reunion, held at the Paramount Theater, moderated by self-professed Felicity super-fan Lennon Parham (Playing House). Foley opened the panel by noting that much of the cast hasn’t seen one another in about 20 years, which made Sunday’s reunion extra special. 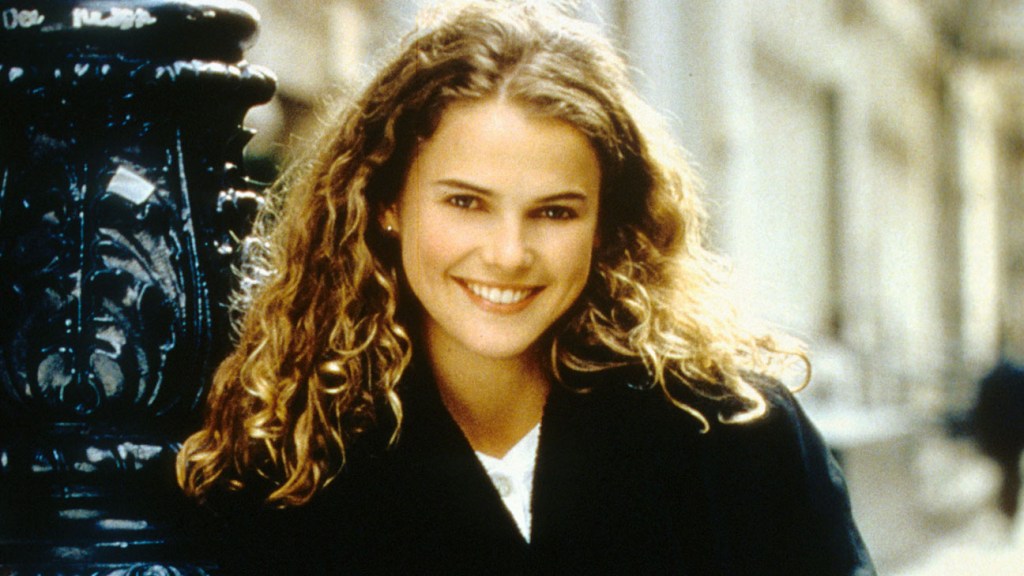 1. Felicity was the first big gig for much of the cast. Russell recalled her audition process and sitting in a hall with 55 other girls. “I had choked in the audition,” Russell said. Abrams and Reeves pulled her to another room and made her laugh and that helped her get back on track.

2. Foley was originally cast to play Ben. “What a shitty show that would have been!” Foley said. “For a week I was doing wardrobe fittings [for Ben] … they were having a hard time casting Noel and they liked [Speedman] better as Ben and J.J. didn’t want to fire me.” He was then asked to play Noel instead. “Nobody could have played Ben Covington better than Scott Speedman,” he added. 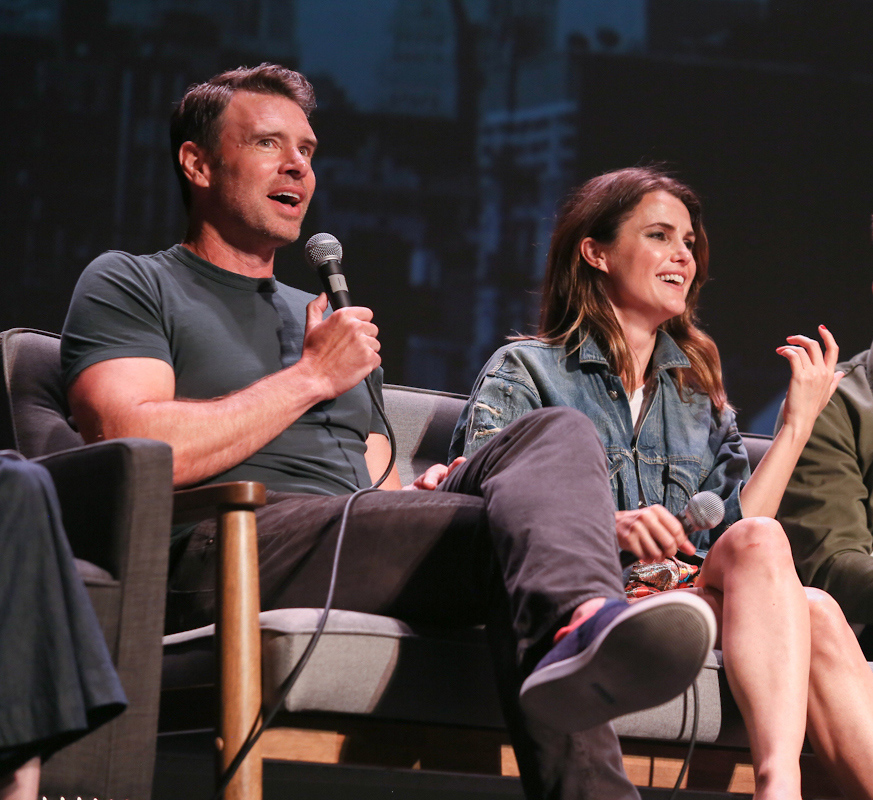 3. Parham asked the differences between Ben and Speedman, who admitted that he and his character were very similar. “At that time? Not a lot,” he said. “And I feel like on television they do try to write a lot toward you. I was a tortured, brooding 22-year-old at that time and it really worked out on the show.” 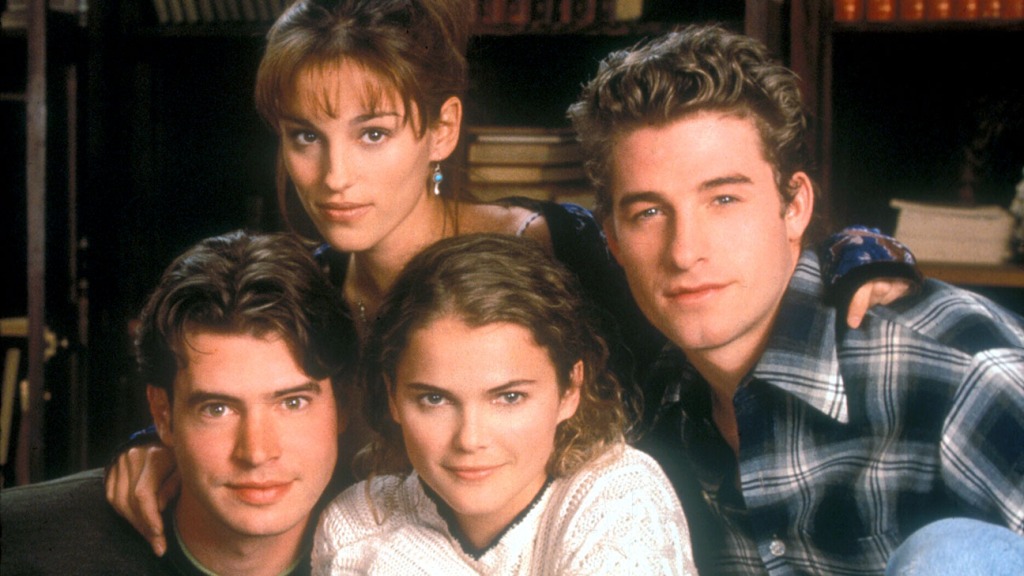 4. Trilling recalled the cast’s willingness to be vulnerable and credited that for much of the show’s success. “These guys were very trusting with Matt, J.J. and me and they gave their hearts and souls to the show, and that’s why we’re here 20 years later.”

5. There are a few lingering questions left surrounding the show, but none more pressing that what, exactly, was in the box belonging to Felicity’s mysterious roommate, Meghan. The truth? “I don’t know,” said Foreman. “Neither does J.J. If you ask J.J. he’s like ‘I don’t know.'” She does have a theory: “I thought maybe it was a confession to a murder or something. … It has to be dramatic and small enough to fit in the box. Or it could be a finger.” Cracked Trilling, “It was a key to the hatch in Lost.”

6. The cast recalled the two seeming series finales as best they could, as both Foley and Russell struggled to remember how things tied up onscreen. But Russell did recall her conversation with Abrams about knowing the end was coming. “There was [two endings], because the network canceled us — kind of — and then said, ‘Just kidding, do a few more.'” Russell recalled. Grunberg joked that the WB Network put another show on in the interim and quickly canceled it, leading to the four additional Felicity episodes. “And that show was Roseanne,” Grunberg joked. Added Russell: “Too soon!” 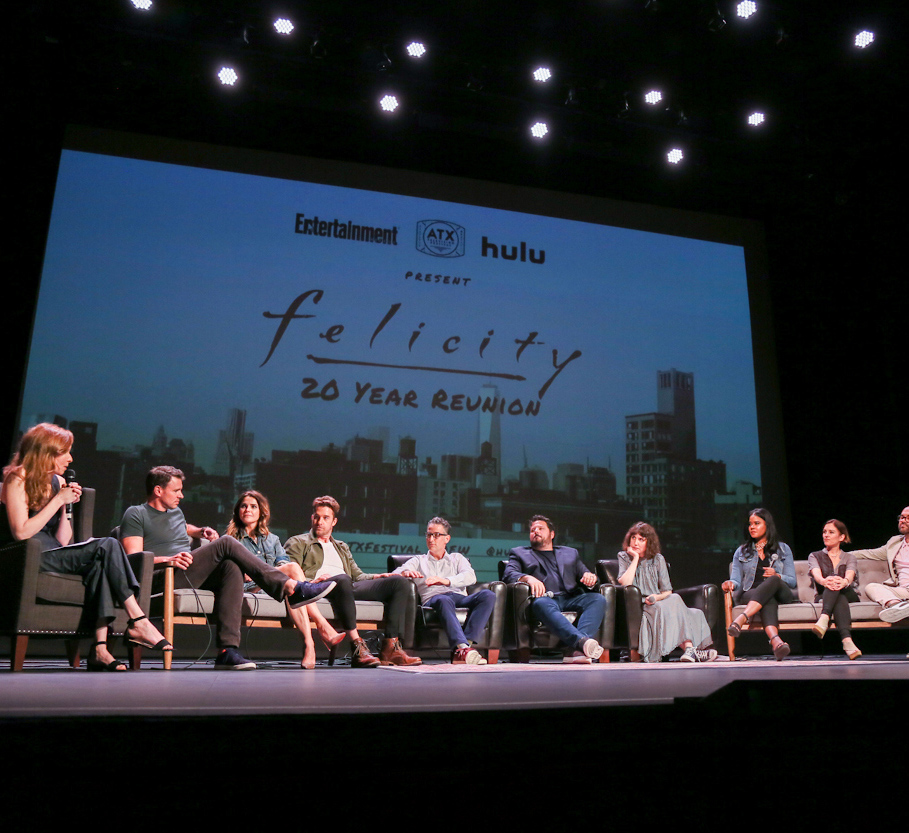 7. Russell insisted that Felicity had to graduate in either the “faux finale,” which was directed by Foley. “I remember J.J. and Matt saying the show is going to end and they can’t tell us if it’s this number or this number. Regardless if they give us the extra four episodes or not, she has to graduate,” Russell said. “And then last minute they said do a few more.” 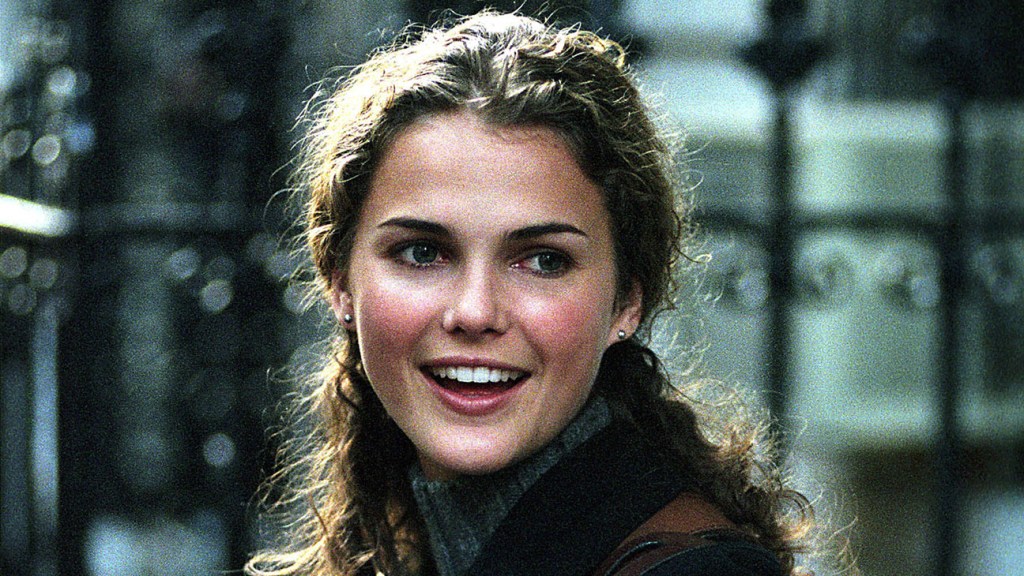 8. Foreman, for one, was a big fan of the actual finale, which involved some time twisting and an unfortunate end for one of Felicity’s loves. “I thought it was a really fun thing because she was questioning if she made the right decision picking Ben — because Ben turned out to be kind of a turd — so she got to go back. I thought it was great, really clever.” For his part, Foley didn’t really remember that Noel (sorta) died in the last episode. “It all makes sense to me now,” he joked. “She chose Ben because I died. It wasn’t a choice! She had no option!”

9. One scene from the finale that everyone remembers is when Sean gave a toast at Noel’s wedding. In real life, Grunberg gave a toast praising each of his castmembers and thanking them for their time together. “What you didn’t see … is Greg getting up there and what he was saying to us was basically a love letter to the cast,” Foley said. “He singled everyone out to thank them for the best four years of his life — and if you watch that scene, you can see each castmember’s reaction to the nice things,” he said. “You can see how emotional each of us is getting to what he is saying.”

10. Russell was asked specifically about what made Felicity resonate the way that it does and her answer doubled for why the show still holds up, 20 years later. “The beauty of the show, as always, this really simple idea that I feel is very relatable. This romantic idea … that a lot of times when you’re young of this chance to change your life completely,” she said. “Everyone can look back on that one moment: I wish I would have chosen him or taken that chance. That’s was the sweetness, beauty and the truth of the show. And that’s what we got to live out through Felicity. She did, she took the risks. She jumped. That was the strength and core story of the show.”

'Mayans MC': Everything to Know About Kurt Sutter's 'Sons of Anarchy' Spinoff 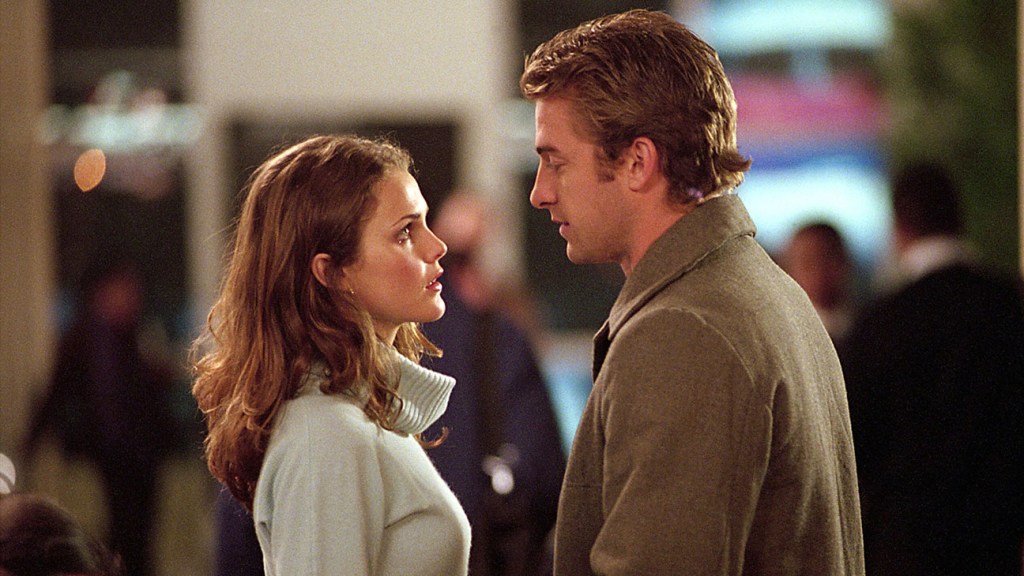 11. It took 45 minutes for moderator Parham to get to one of the series’ most memorable moments: Felicity’s drastic haircut. It all came about thanks to a joke photo Russell sent to Abrams and Reeves of her wearing a little boy’s wig and pretending she’d cut her hair on the final day of a season when the hair and makeup trailer was packing up. “I was with my girlfriends at some lake and I got this phone call … and [Abrams] said, ‘Hey, we got your picture, would you really cut your hair?’ And I said ‘I guess.’ They said it was a typically college girl’s story: a guy breaks up with her and the girl cuts her hair and it’s bad. I loved it. It was such a good storyline.” The reaction was divisive, to say the least, but Russell was a fan. “I loved it. I thought that was such a good storyline. And I think the thing that was so surprising to me about the reaction … is that Felicity was never a fashion plate anyway. … I was wearing baggy clothes and so I didn’t think everyone cared so much about the way I looked. … It wasn’t the best, but it was so good for the character it didn’t matter.”

12. As would be expected, the cast was asked if they would ever reunite for a potential movie or revival — since the ATX Television Festival helped inspire Netflix’s Gilmore Girls revival — and Foley, who initially balked at the idea, came around. “I feel that the show was so specific to the characters in that time of their lives that to do it again would be an injustice to the show we all made and we all love,” Foley said. “Having said that … looking at these faces and seeing that clip and feeling some of the emotions reminiscing about that, I would love to work with everyone again. And get an opportunity to find out what happened to [everyone]. … I don’t know how it would work or what the story would be. … “All those emotions I had when I was 25 or 26 shooting the show are back and I’ve missed you guys!” Added Speedman: “There’s a way to make it work.”

Would you like to see a Felicity reboot or movie? Sound off in the comments section below.