When it comes to sordid and steamy Hollywood affairs, Joan Crawford and her sexual prowess is the stuff of legend. Over the course of her award-winning career, the star was just as infamous for her roles onscreen as she was for her lovers offscreen, something that’s touched on in almost every episode of FX’s anthology series Feud: Bette and Joan from creator Ryan Murphy.

It was Crawford’s habit of sleeping with her co-stars and directors and using her body to get better angles and more screen time that once led Bette Davis to remark that Crawford “slept with every male star at MGM except Lassie,” and also made Crawford constant fodder for the gossip rags at the time.

In an era when sexuality was one of women’s most powerful tools — especially in a male-dominated industry like Hollywood — Crawford’s approach to sex often took the men (and rumored women) in her life by surprise. Especially when she would invite them someplace and then show up naked, or “recast” her leading man with a new hot thing.

In Feud, Crawford (played by Jessica Lange) is open about her past transgressions with everyone from director Robert Aldrich (Alfred Molina) to the head of Warner Bros., Jack Warner (Stanely Tucci), all while putting up with her current fling and live-in boyfriend, Peter (Reed Diamond).

'Feud' Showrunner on Balancing Fact vs. Fiction and the Drama's Campy Tone

Offscreen, Crawford used her sexuality going all the way back to her teen years, when she danced in a Chicago club under the name Lucille LeSueur and reportedly slept with her stepfather. And it was a trait that stuck with her all the way through her career, right up until her death in 1977.

Although her trysts, associations and marriages were too numerous to list in full, here are a few of her more notable flings and relationships.

In 1929, Crawford and Fairbanks married young (she was 21, he was 19), but they divorced half a decade later in 1934. The actor’s notorious family, including his actor father and “It Girl” stepmother Mary Pickford, thought Crawford was too trailer-trash and believed she spent more time “refining” herself by learning how to dress and how to speak French than she did on the relationship. In the end, they both cheated on each other and moved on with their respective lives. 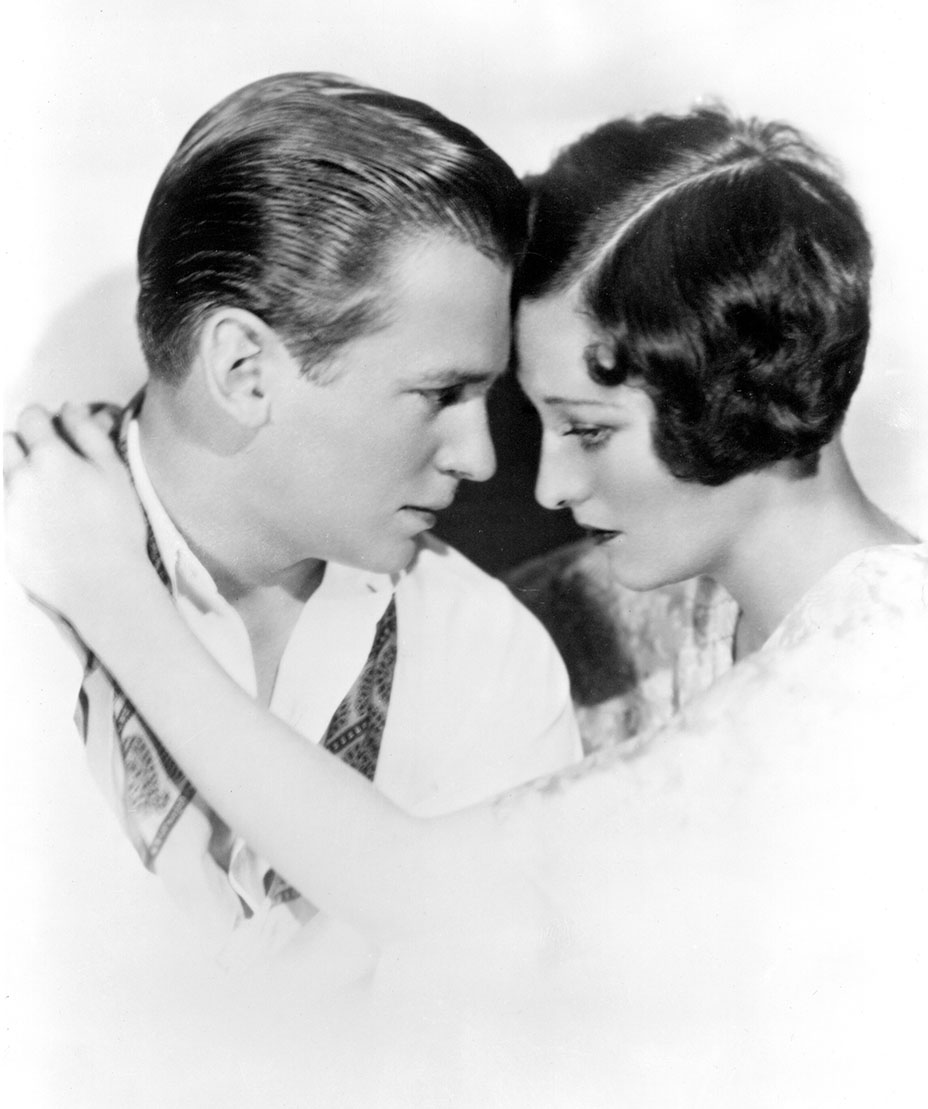 The relationship between Crawford and Gable is one of the most notorious affairs in Hollywood history. Although their on-again, off-again fling never resulted in anything long-term or serious, they starred in eight movies together and constantly made headlines whenever they were seen together.

Many speculate that the beginnings of Crawford and Davis’ infamous feud began when Crawford learned Davis was attracted to Tone, her then co-star in the 1935 flick Dangerous. Crawford then invited Tone over to her place and answered the door naked; she later married the actor out of what some said was spite. They divorced three-and-a-half years later. 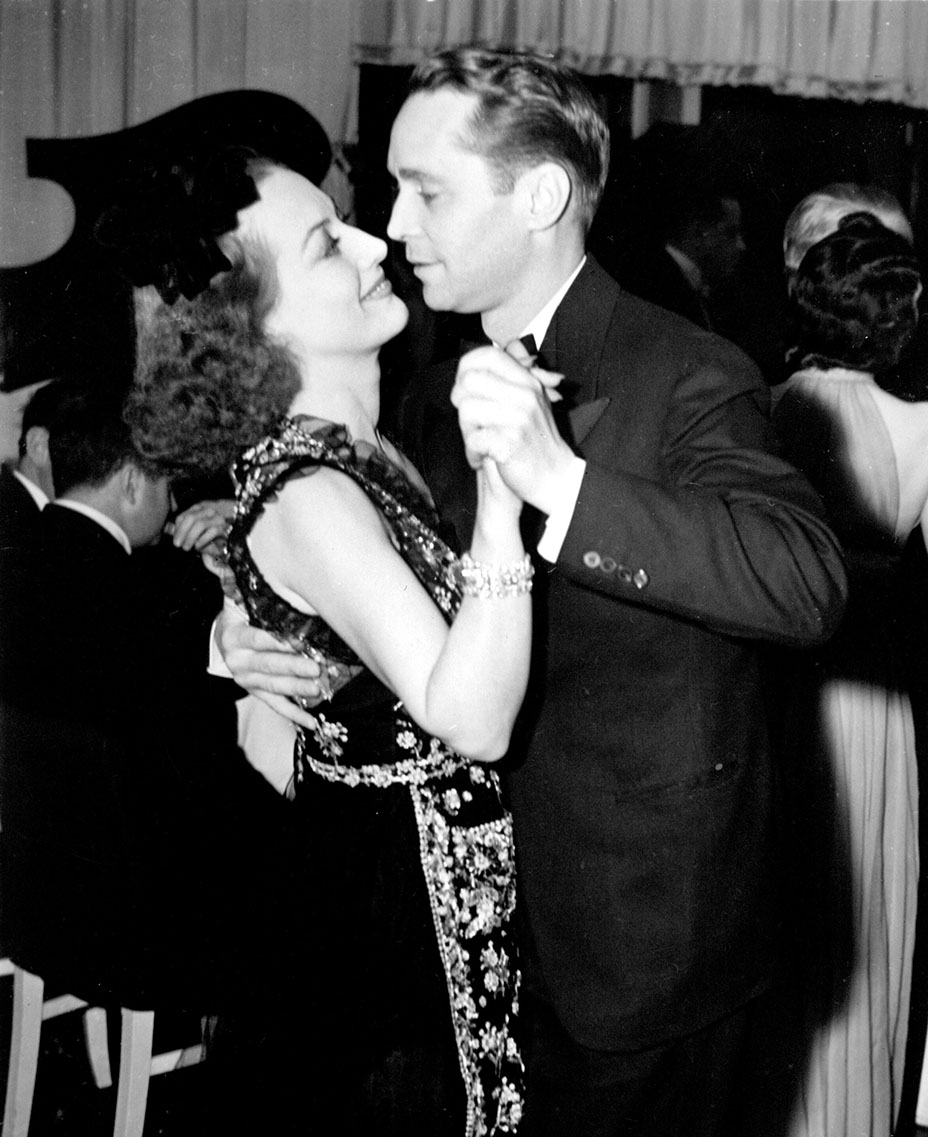 Katharine Hepburn, Ingrid Bergman and Loretta Young weren’t the only actresses linked to Tracy — in 1937, Crawford supposedly slept with her Mannequin co-star in what was a well-reported but brief fling.

Of all Crawford’s reported-on affairs, her romp with the then 17-year-old actor was the one that sparked the most controversy, given how much younger he was than her at the time. At 34 years old, Crawford reportedly let the child star use her badminton court. As he recalled it, one day he snuck a peek up her dress, made an advance at her and she closed the blinds. A six-month dalliance supposedly ensued.

In 1942, Crawford seemed intent on settling into a more domestic role when she adopted her first of four children (Christina, who later penned what is credited as the first celebrity tell-all book, Mommie Dearest) and married actor Phillip Terry. They divorced three years later (after adopting a second child, Christopher) with Crawford citing physical and emotional abuse.

Not much is known about the tryst between Crawford and co-star Chandler, other than the fact that they reportedly shacked up before their 1955 film Female on the Beach.

Not all of Crawford’s affairs were steamy and secret. She and Douglas notably went on a hot and heavy date, one that he remembers not so fondly in his autobiography, The Ragman’s Son.

“All by herself, she was equivalent to my six sisters and my mother.” wrote Douglas, adding that they went back to Crawford’s place after dinner. ”As soon as the door closed, she slipped out of her dress. There we were on the rug. In the middle of our lovemaking, she murmured, ‘You’re so clean. It’s wonderful that you shaved your armpits when you made Champion.’ A real conversation stopper. … Afterward, we got dressed. She took me upstairs and proudly showed me the two children — how they were strapped so tightly to their beds, how she diapered them so efficiently. It was so professional, clinical, lacking in warmth, like the sex we had just had.” 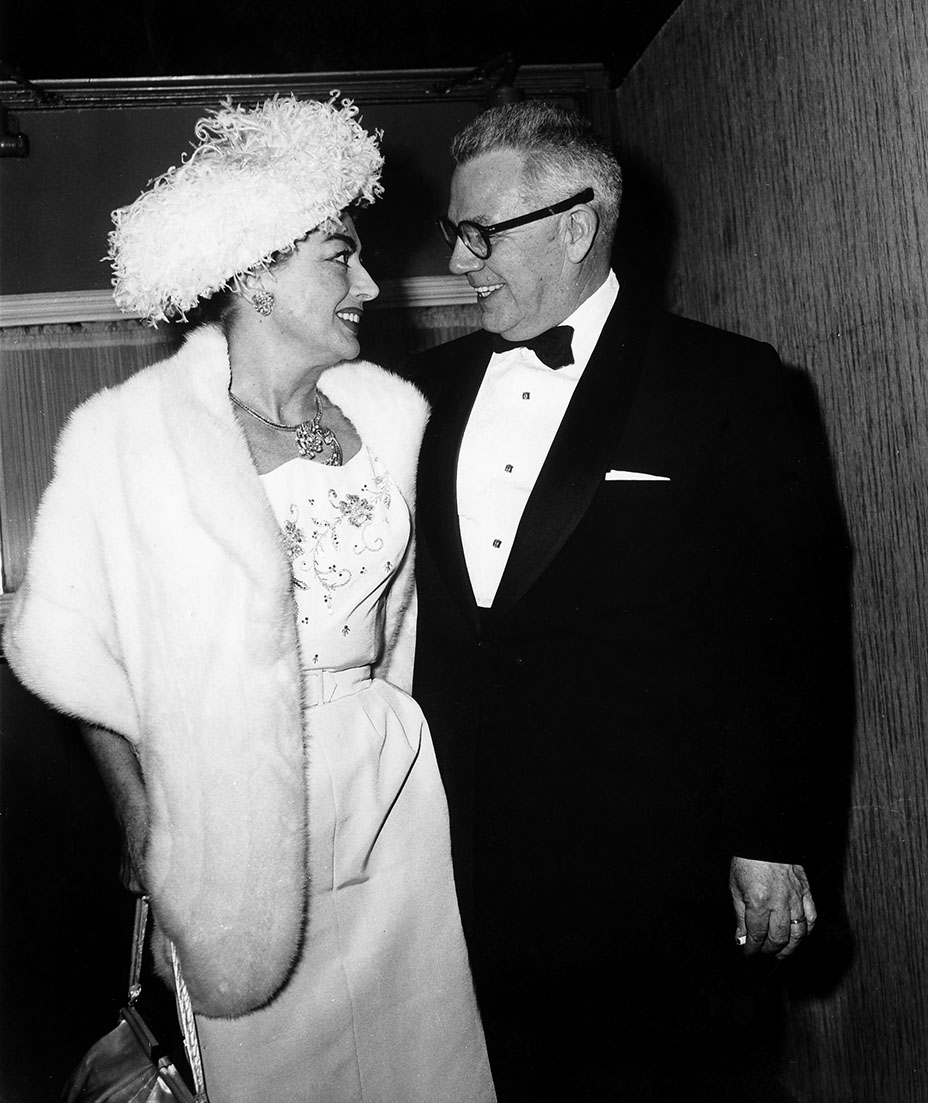 Crawford’s fourth and final husband didn’t fit the actor/director mold; in fact, he was a businessman and on the board of Pepsi-Cola. Unlike some of her other husbands, he was also older than her when they married in 1955, but he died four years later of a heart attack. Crawford’s daughter Christina later accused her mother of killing the man in a fit of rage. Crawford went on to replace her late husband on the Pepsi-Cola board — reportedly to pay off some of the debts he had saddled her with.

Ireland nabbed the leading role alongside Crawford in the 1955 offering Queen Bee at her insistence. According to the actor’s unpublished biography, it didn’t take the pair long to connect offscreen as well. Following the day’s work, they’d polish off a bottle of Stolichnaya vodka, head out for dinner and then finish their night together at Crawford’s apartment. 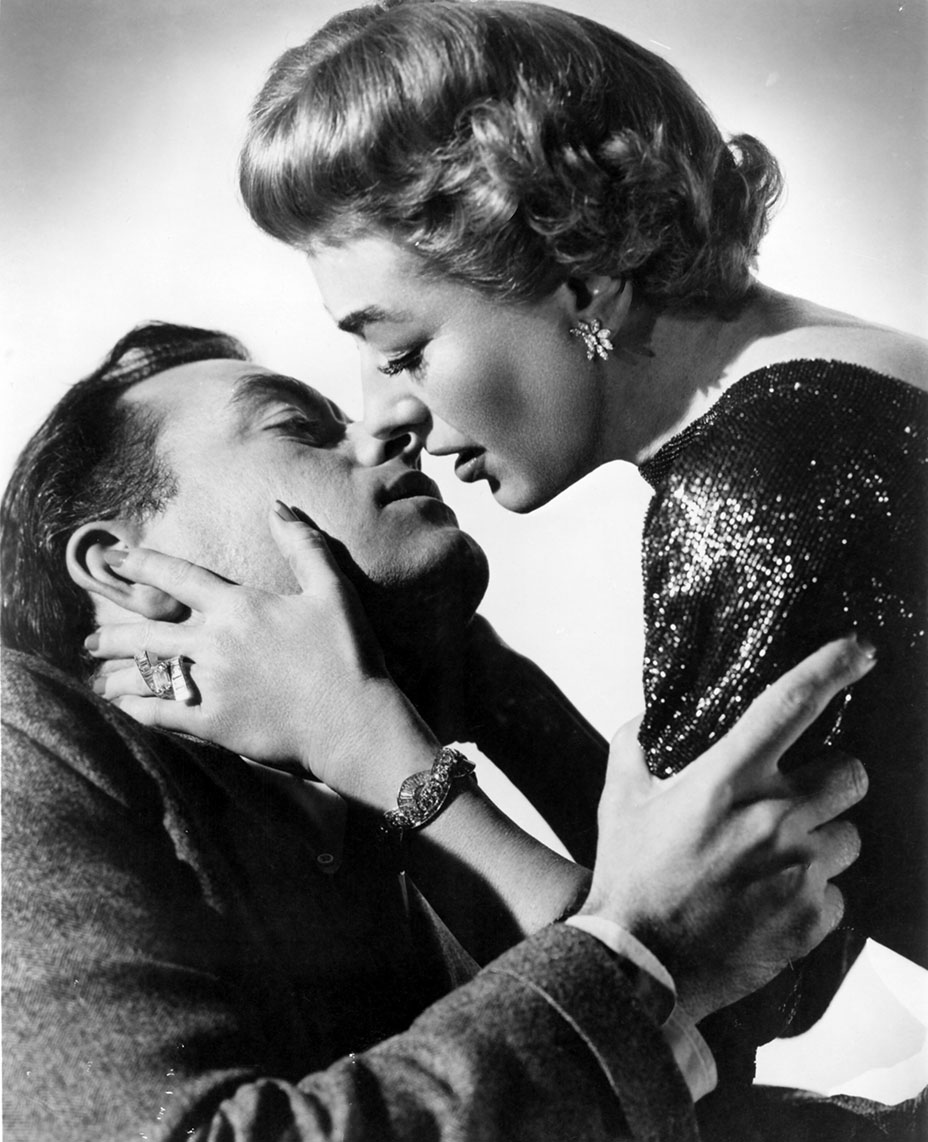 The married director and father of two got more than he bargained for when he signed on to direct Crawford in the 1950 flick The Damned Don’t Cry. According to him, the actress invited him to a private screening to see some of her previous work, and then proceeded to take off all her clothes and seduce him. Sherman later mused that in Crawford’s mind, it was a way to gain some control over the movie.

Thoughts? Sound off below.