When Derek Cianfrance was putting together his 2012 feature The Place Beyond the Pines, his first cut of the film was three and a half hours. “I had planned for it to have an intermission, but it’s just not a reality of the movies,” says the director. So when star-producer Mark Ruffalo brought him Wally Lamb’s 900-page novel I Know This Much Is True, Cianfrance knew it could never be a feature film. “There’s no way this story or the characters would exist in a movie theater unless I was making three movies,” he says. “The marketplace just is not there for it unless it’s a franchiseable universe.”

But if he were to bring to television the decades-long saga of two troubled brothers — one suffering from the loss of his child, the other suffering from paranoid schizophrenia — the only way Cianfrance could conceive of doing it was with the same creative freedom he has as a film director. “I don’t think I’d be a good director-for-hire,” says Cianfrance. “HBO supported that. My process didn’t change at all between making movies and making TV. I’m just dealing with larger arcs and more of them.”

Cianfrance, 46, shot the six-episode series on nearly 2 million feet of 35mm film stock in 116 days, with a crew of his choosing. Though he says HBO was not afraid to lay down parameters, occasionally pushing back and challenging his decisions, the project felt surprisingly liberating. “Every time I’ve made a movie, I’ve gotten into the edit and really had to strip it down. My last movie [2016’s The Light Between Oceans] especially, I got into the third act, and I had to start turning the pages so quickly to get to the end that my cutting started only to address plot,” says Cianfrance. “One thing that I’ve really loved about working with TV is the blessing of being able to stay with characters and stay in moments longer than I would normally be afforded to.”

That same desire to really sit in the characters also drew the director of such films as 2014’s The Imitation Game and 2016’s Passengers to the Apple TV+ show Defending Jacob. As he would on his movies, Morten Tyldum used a single DP throughout the eight-episode drama, allowing him to establish the oppressive visual language for the entire series about a couple (Chris Evans and Michelle Dockery) dealing with the possibility that their son (Jaeden Martell) is a murderer. “I felt like you could really be forced to live this nightmare with this family,” he says. 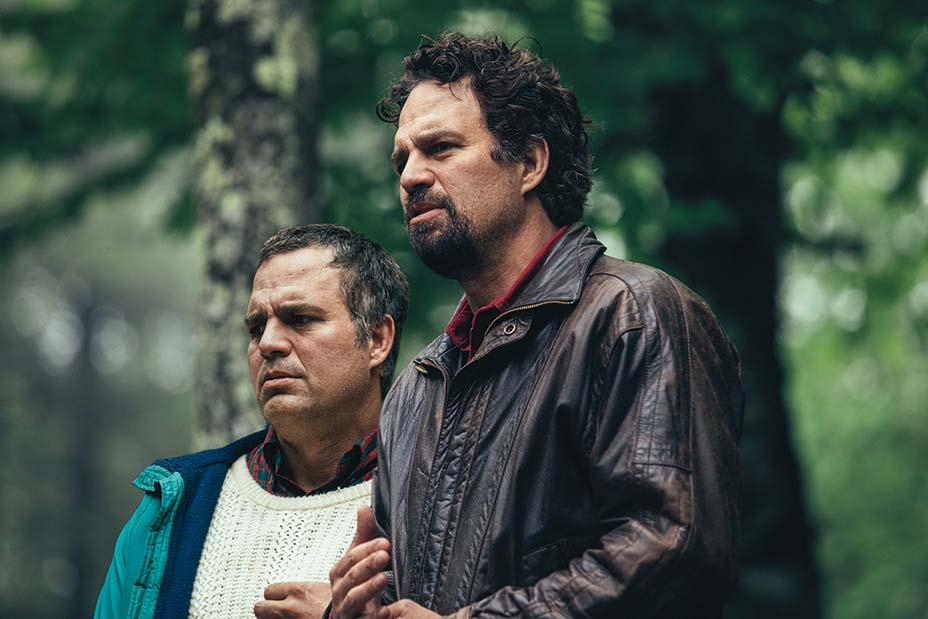 But attempting to achieve a cinematic feel at four times the scale of a film in a fraction of the time comes with a lot of rapid decision-making. The greatest difference between the medium he is used to helming and his Apple TV+ venture was that, in this case, Tyldum, 52, wasn’t the one making all the calls. “In TV, there is a showrunner. That’s the new thing for me to navigate,” he says. “I can see how if that relationship didn’t work, and you have a conflicting view, it would be a nightmare.”

Thankfully, Tyldum’s collaboration with writer Mark Bomback was anything but. “I can’t praise enough how great it’s been to work together and have somebody to spar with,” says Tyldum. “When it actually works, it is good to have someone who really gets you and you can discuss things with. The hardest part for every director is that you’re extremely focused on what actually goes on, on the set, but when you’re shooting eight hours of material, there’s a hundred things that need to be looked at. It’s nice to have somebody who can help you take on some of that burden.”

Ultimately, the stressful but satisfying experience makes Tyldum believe that more film directors will be seduced by the limited-series format. “It feels like unchartered territory,” says the Norwegian director. “It doesn’t really fit into episodic TV, where you have rotating crews and rotating directors. And at the same time, it doesn’t really feel like a movie.”

Irish director Lenny Abrahamson is quick to admit that a while back, television would not have entered his mind. “Like a lot of people, I would have thought, ‘No, I’m a film director,’ ” he says. “There was a sense that television was the little sister to movies. I think that’s gone.” Moreover, says the director of 2015’s Room, “You now have this space where certain stories live better and where there is no longer any pressure to go for some generic, broad-appeal style. You’re allowed to author stuff, and things can be really particular. That’s an amazing place to be.”

In producing and directing the television adaptation of Sally Rooney’s 2018 novel Normal People, Abrahamson, 53, became acutely aware of the storytelling opportunities that television can afford him, especially when it came to this love story, which stars Daisy Edgar-Jones and Paul Mescal. “The beauty of Normal People is in the detail and the close-ups of what’s occurring at an intimate scale between the two characters. A movie would demand a higher-concept treatment and one overarching arc,” says Abrahamson. “What’s lovely about short dramatic episodes is it just allows you to craft something really beautiful and satisfying and then move to something else in the next episode.” 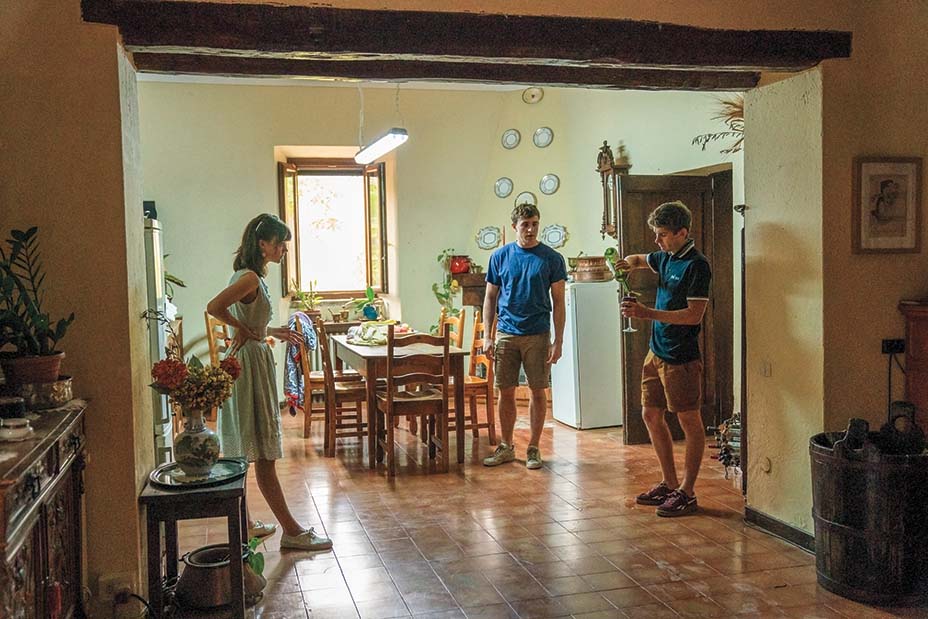 Abrahamson, who split directing duties on the Irish drama with Hettie Macdonald, appreciated the “light touch” of the BBC and Hulu — a contrast from his previous experiences working in television. “The rule was, ‘Do the novel any way you want,’ ” says Abrahamson. “I was working with the team that I’ve worked with on all my films. We had this sense of a family who could nurture this in the way that it needed to be nurtured. I didn’t feel like I was fighting on two fronts, which you sometimes do feel in a broader studio context.”

The same sense of ownership was felt by Alex Garland, for whom the eight-episode science fiction thriller Devs — which follows the staff at a cutting-edge tech company as they push the barriers of space and time — is his first foray into television. “I was able to execute the show in the way I wanted to execute it, so I felt a lot of freedom and actually took a lot of pleasure from it as well,” says the English director, who wrote and directed the FX on Hulu series in entirety.

But from a workload perspective, the project was a different beast altogether. “Devs was made in two years, from writing the first sentence to handing over the final cut,” says Garland, 49. “That’s about the same amount of time I typically made a movie in, and there’s four times as much directing and editing to do. That, in the end, was the real challenge.” 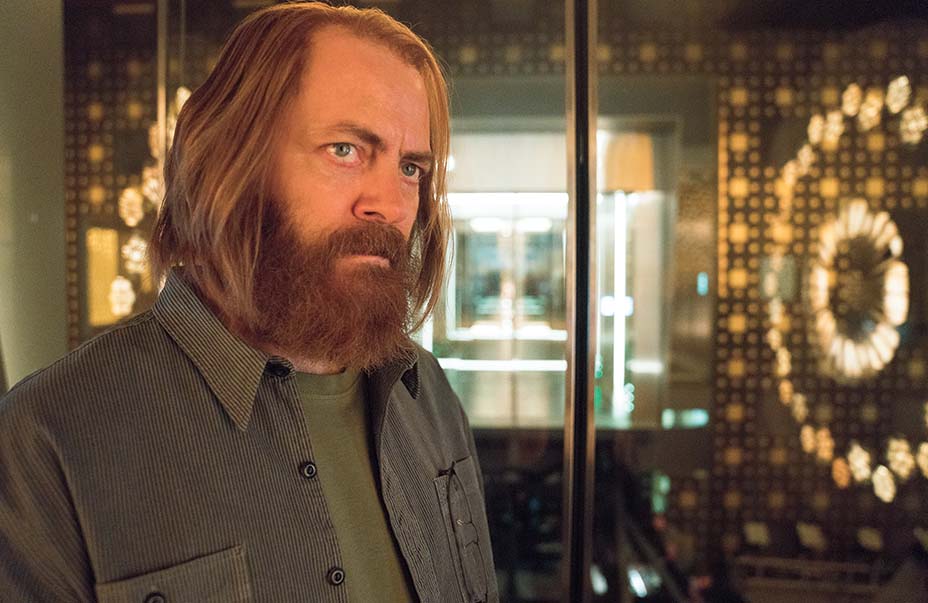 To set himself up for the task, Garland, like Cianfrance and Abrahamson, surrounded himself with what he calls “his traveling circus,” from DP Rob Hardy to visual effects supervisor Andrew Whitehurst. “If you have a group of people who creatively are in sync with each other, you’ll end up with a more complete finished article that you then offer up to people,” says Garland. Not to mention that an established shorthand is effective when juggling the pieces of the biggest puzzle of your career. “Devs made me call on every single bit of prior experience I’ve had over the whole of my working life,” he says. “It was the most challenging [thing I’ve done] but also the most rewarding.”

Although television was something Garland had not explored, it was not because of an avoidance of a previously perceived “lesser” medium. “If anything, in the period of The Sopranos and The Wire, when people understood exactly how good television was, there was a feeling that television writing was schooling us a bit because it was so high-end. It was very difficult to find screenwriting in films that was functioning at that level,” says Garland. “I remember being rocked backwards by how good those things were.”

The Ex Machina director extends the same respect to episodic directors who traditionally come in and have to mimic a tone that has been set for them while also putting their own stamp on things. “Often they have to work very fast and they’re not getting distracted by pretension,” he says. “They’re thinking, ‘How do I best execute that?’ and they end up being very good at their craft. I would say that’s my ambition. There’s a lot of directors-for-hire whom I personally admire more than auteur-type directors because I think that the key component in filmmaking fundamentally is craft, and when I talk to those directors, I always feel like I’m learning something.”

With his first outing behind him, Garland admits he’s definitely been bitten by the TV bug, as have Cianfrance and Abrahamson. “There’s something about television, which is remarkable, in that you can talk about really serious things and you can experiment stylistically and you can be playful and authentic and get to a really big audience,” says Abrahamson, who already is working on a TV adaptation of Rooney’s other novel, Conversations With Friends, with the BBC. “The feature equivalent of this TV series, done with the same level of subtlety and depth, would probably be an art house release. On television, it’s not, and it shows you how odd our ways of categorizing stuff are.”