Fire and Fury: Inside the Trump White House, Michael Wolff’s incendiary book about the first year of President Donald Trump’s administration, is starting to make its journey toward becoming a television series.

Oh please, God, make it happen. No network is attached yet, but it’s a pretty safe bet it won’t be Fox.

The series is bound to provoke a spectacular level of armchair casting, and the motley real-life cast of characters featured in Wolff’s best-seller invites plenty of options. It will certainly be hard to compete with Saturday Night Live‘s brilliant casting strokes, beginning with Alec Baldwin’s Trump and continuing with Kate McKinnon’s Kellyanne Conway (and Jeff Sessions!), Scarlett Johansson’s Ivanka Trump and, of course, Melissa McCarthy’s now legendary Sean Spicer.

Presumably, the Fire and Fury adaptation will have a more serious tone. Although anyone who’s read the book, or hasn’t had their head in the sand for the last year, knows that what’s going on in the Oval Office is clearly in the realm of satire. No disrespect to the writers of SNL, but the jokes basically write themselves.

So here are my suggestions to the future casting director. 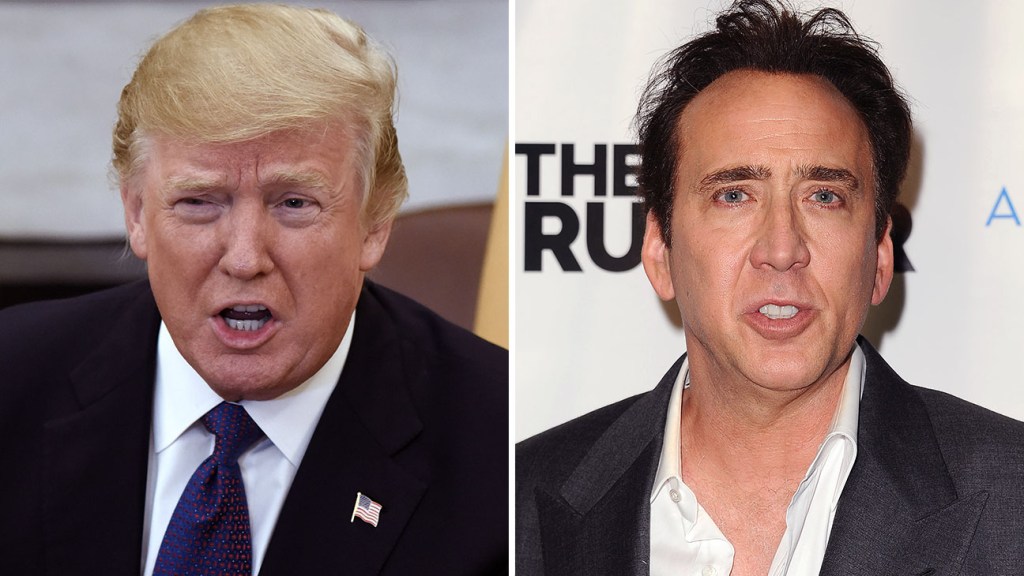 The obvious temptation is to cast a woman as Trump. Not that it would be appropriate, but rather because it would make him so furious that he would tweet incessantly about it and provide endless free publicity. Just look at how his nuclear reaction to the book’s publication managed to make it even more of a sensation than it already was.

So who has enough intensity to capture Trump’s unique brand of emotional volatility? There’s only one actor, and that would be Nicolas Cage, whose gonzo performances in recent years make him perfectly suited for the job. Like Trump, you never quite know what Cage is going to do from moment to moment. And like Trump, he manages somehow to be simultaneously scary and silly. Of course, Cage would have to go to elaborate lengths to make his hair look like Trump’s. But then again, so does Trump. 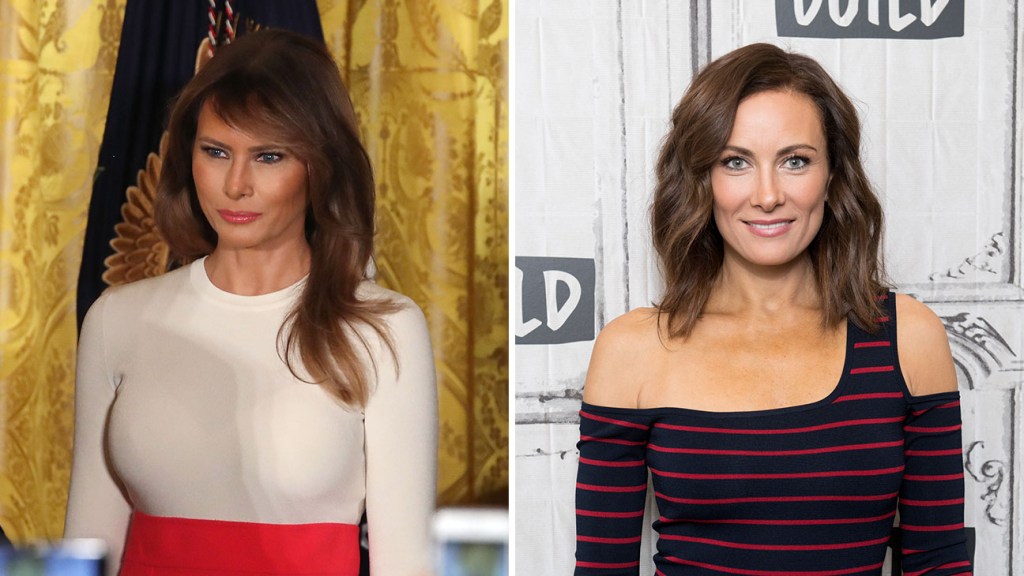 In the interest of originality, I’m refraining from mentioning anyone who has already played these figures, with one exception: Laura Benanti must absolutely reprise her role of Melania from The Late Show With Stephen Colbert. Yes, Benanti delivers a wicked, side-splitting parody of the pouty former model turned first lady. But she’s also a serious Broadway actress, and could easily tone it down. Also, I’m in love with her.

Paul Shaffer could play Michael Wolff, since he no doubt owns the glasses necessary to put the character over. Steve Bannon was originally portrayed as the Grim Reaper on SNL, but that was before his fall from grace and unmasking as a buffoon (admittedly, a still dangerous one). For him, you need an actor who doesn’t care about looking seriously unkempt. If he hadn’t left us far too soon, Philip Seymour Hoffman would have been perfect. And sure, it would be a lot of fun to see Rosie O’Donnell, who has volunteered her services in the past. But my vote goes to Russell Crowe. 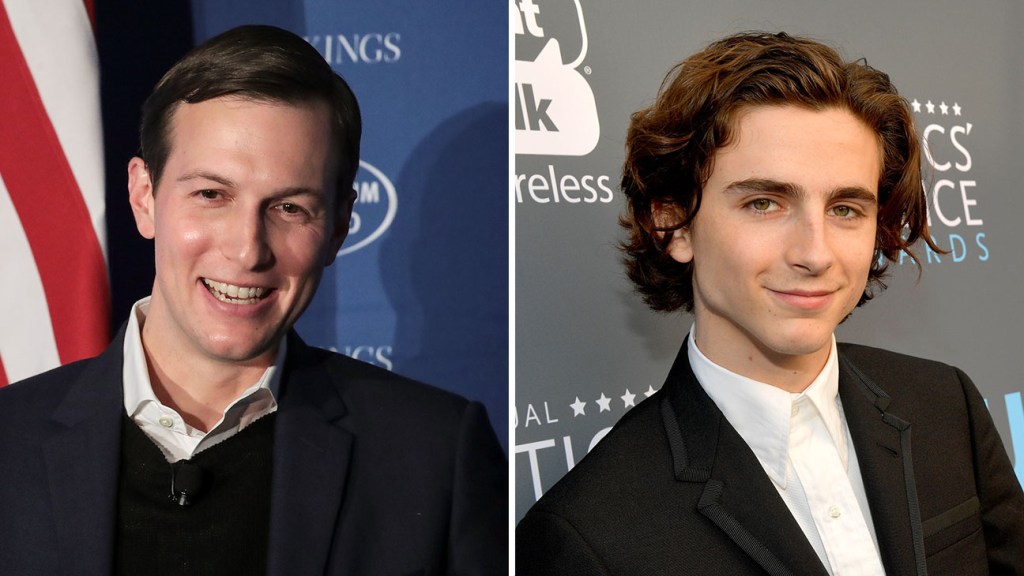 Then there’s “Jivanka,” as Bannon is amusingly quoted as dubbing Jared Kushner and Ivanka Trump in Wolff’s book. Jared should be easy to cast, because it’s a non-speaking part. It may seem a left-field choice, but how about Timothee Chalamet, currently white-hot thanks to his sensitive performance in Call Me by Your Name. Chalamet is technically too young to play Jared, who is more than a decade his senior. But he could pull it off, if only because he has more gravitas. As for Ivanka, Katherine Heigl could be a good option. 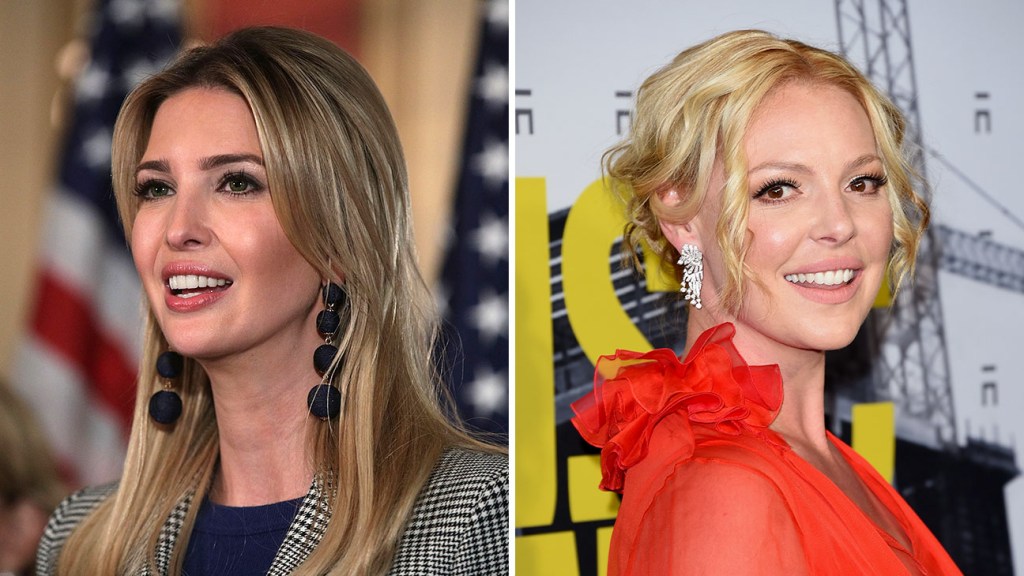 Holly Hunter would be an excellent choice for Kellyanne Conway. You need someone capable of conveying both steeliness and sly humor, since Conway is smart enough to know that she’s full of it but manages to make it seem like she believes what she’s saying anyway.

If only Henry Gibson were still alive to play Jeff Sessions. But since he’s not, who else but Leslie Jordan, who bears a striking resemblance to the elfin attorney general. Jordan should be well prepared for the role. He’s been a recurring performer on American Horror Story, the title of which could easily have served as an alternative for Wolff’s book. Similarly, it would be nice if a young Jimmy Stewart could play James Comey. After all, Comey’s choir-boy demeanor during his testimony played like a modern-day version of Mr. Smith Goes to Washington, and Stewart did star in The FBI Story. I guess we’ll have to settle for the righteous-looking Chris Cooper, even if he did play a treasonous FBI agent in Breach.

Kevin James projects far too much dignity to play Sean Spicer, but he could probably pull it off anyway. If Matthew Morrison could manage to suppress his natural charm, he would be perfect as Paul Ryan. Ben Stiller seems a good selection for Donald Trump Jr. because he’s had so much experience playing obnoxious fools. Anthony Scaramucci might as well play himself, because no one else could possibly be convincing. And there’s only one choice for Robert Mueller. That’s Tom Hanks. Because let’s face it, like Mueller, he’s the only one who could get the country out of this mess.