It’s unusual for a show that was shut out of Emmy nominations for its first season to garner much of anything for its second. But Amazon’s Fleabag, from the mind of Phoebe Waller-Bridge, is no ordinary show. The comedy, centered on a dry-witted, angry woman (called Fleabag) who, after the death of her friend, is struggling to find her way in London, landed a huge 11 noms. Waller-Bridge, 34, not only created the series (based on her one-woman play) but also writes and stars. She spoke to The Hollywood Reporter about her fourth-wall-busting breakthrough, how the “hot priest” arc came about and whether there’s any chance she’ll continue the series.

What was the biggest change you focused on in the second season?

The first and most important thing that was troubling me was how to keep the relationship with the camera fresh and alive, because in the first one I knew what the journey of it was — which was, at the beginning, she invites you in with total confidence that she can convince you that she’s absolutely fine, hilarious and is having a brilliant life. But by the end, she’s let the camera in too close and she wants to push you away. Then at the very end of the first season, I don’t look at the camera anymore after my confession. That relationship is dead. It’s the central relationship to me, and so in bringing it back I was most concerned with how to create a new relationship with the camera: Firstly, the camera knows her secrets, so the relationship with how I look at the camera is going to be different; and then, secondly, the idea of somebody else seeing it and what that would mean for her. Once I had that idea I was excited, and then I felt like I could start writing again.

Why do you think the second season had such a breakout moment?

I don’t know. I mean, there are certain things that I am sure of which was the performances of our cast. It is a classy cast that we managed to rope in, and when you have someone like Andrew Scott at the center of a complicated love story — I sort of feel like you can’t fail when you’ve got Andrew Scott at the center of it. And maybe because I so wanted to see a story about love and connection and about not just romantic love but about people actually reaching out to each other and catching each other. I feel like at this time there isn’t much evidence of that happening in the real world.

What was the hardest part about writing the hot priest character?

It was so challenging because the first idea of the character was that it seemed too obvious that a renegade, sexual young woman would fall for a priest. When you’re trying to write somebody like that — writing a character who has lived a life that I will never know and never understand — was the challenge; you just feel like such an imposter, I think. I wanted him to feel like a real person. I spoke to a few priests and one monk in particular for hours and hours and hours. And then when Andrew [Scott] appeared with all his natural complexity and generosity, I was like, OK, this is actually going to be fine. 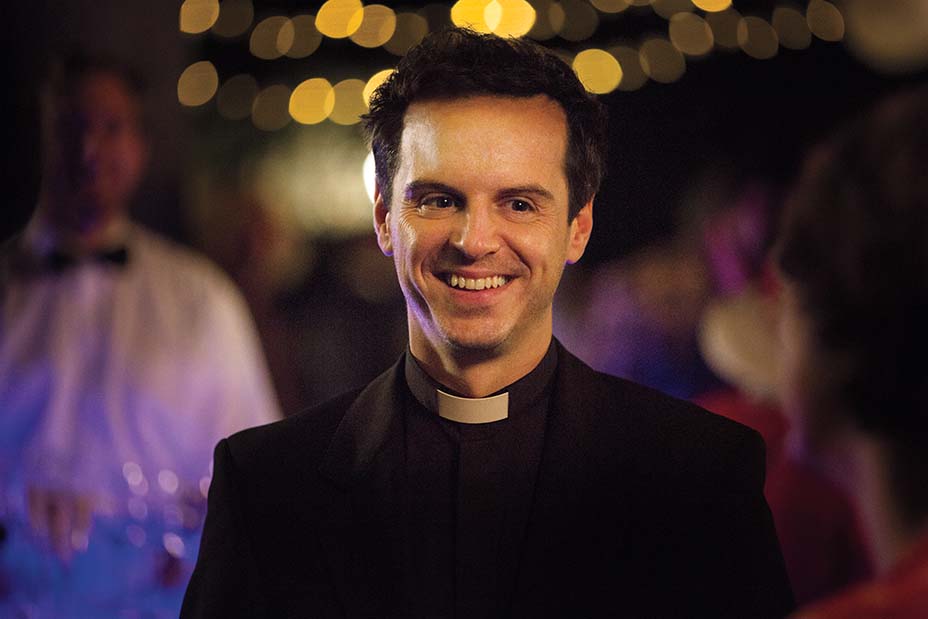 What did you think of the hot priest becoming an internet phenomenon?

It was so funny because he’s not called “hot priest” in the show, he’s just called Priest. The internet, they took that and wrapped it in one big “hot.” What was so fun for me and Andrew was that what was attractive about this man was the fact that he listens, and connects, and pays attention to Fleabag. It feels like that really resonated with people — the celebration of a good man and yet a flawed man, and that he can be flawed and good. Honestly, I didn’t for the life of me imagine that he’d be forever known as “hot priest,” and because Andrew’s performance is so complex, I feel sometimes weirdly like it’s a bit reduced by the name.

Were you bummed he didn’t get an Emmy nomination?

It broke my heart, I’ve got to say. Our first day that we shot with him was the scene in episode five when he says that he loves me the first time and, I mean, it’s our first day on set and everyone was in tears. I was like, “I’ve just paid Andrew Scott to look at me and tell me he loves me.” Is there any better position in the world you can be in?

Season two is allegedly the last one, but could anything convince you to return to this story?

I feel like it’s done, but I do have a fantasy of bringing her back when I’m, like, 45 or 50. She went on the biggest journey over the past two seasons, and she started as someone who sort of hated herself and ended up as someone believing that she could love again and forgive herself. I have to respect that arc and let her go and live for a bit.

What do you know now you wish you had known before this season? 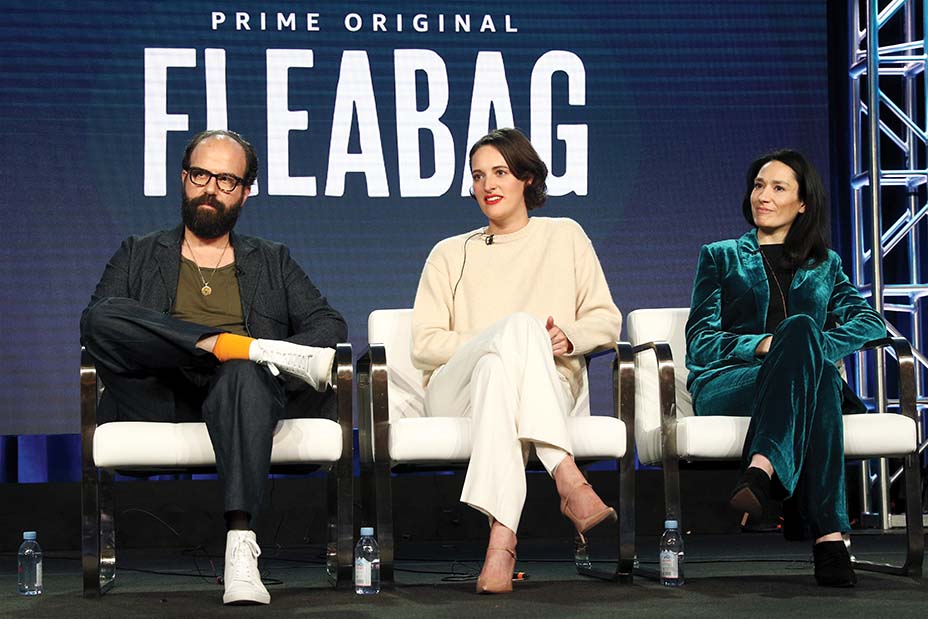 With 11 noms, nearly half of them for performances, Fleabag cements the platinum status of its universally lauded second and final season. The question of whether this love is a mea culpa for its 2017 snub or a sign of voters just caring more should get cleared up Sept. 14 — but it seems that Phoebe Waller-Bridge is poised to walk away with something. She’s up for writing, best comedy, best drama (Killing Eve) and — facing the most formidable group of the year — lead actress in a comedy. —Michael O’Connell

In April, Waller-Bridge was hired to polish the script for the next James Bond movie, starring Daniel Craig and helmed by Cary Joji Fukunaga. She was brought on (reportedly at Craig’s urging) to add humor to the film that’s slated to hit theaters in April.

Waller-Bridge served as head writer and showrunner for the hit BBC America series’ first season. For the second, she passed her duties on to Emerald Fennell but remains an executive producer on the show, which is nominated for best drama.

Her solo stage show, which was the inspiration for the series, debuted at the 2013 Edinburgh Festival before playing in London on and off from 2014 to 2016. Waller-Bridge is returning to the show for a West End run Aug. 20 through Sept. 14.

She’s working with HBO on a romantic comedy series about two former lovers who try to fulfill a pact they made years ago. Domhnall Gleeson is attached to star in the series, which also will feature Waller-Bridge in a supporting role.