“I have a horrible feeling I’m a greedy, perverted, selfish, apathetic, cynical, depraved, mannish-looking, morally bankrupt woman who can’t even call herself a feminist,” confesses the protagonist of Phoebe Waller-Bridge’s Fleabag in a moment of drunken insecurity. There’s a grain of truth in some of what she says, but all of it, along with the deliciously inappropriate humor peppered throughout, becomes secondary to the underlying tragedy that keeps bobbing up to the surface to catch you off guard — like a slightly gentler version of the shark in Jaws.

Anyone who ever suffered through a navel-gazing solo show by a writer-performer with no perspective needs to have their faith in theater restored by catching this slyly brilliant character study. Though good luck scoring a ticket; the cancellation line now seems the only option.

Since the show premiered at the 2013 Edinburgh Fringe Festival and went on to play the first of two sold-out London runs, Waller-Bridge’s subversive sense of humor and multidimensional storytelling have exploded onto a much wider platform — first in the compulsively binge-able BBC-Amazon series expanded from this pithy performance piece, and two years later in the sensational, female-driven cat-and-mouse psycho-thriller, Killing Eve.

Backed by heavy-hitter producers including Megan Ellison, Sue Naegle and Barbara Broccoli, Waller-Bridge makes a New York stage debut that’s decidedly no-frills yet provides ample cause for rejoicing, leaving no mystery as to why she has emerged as such an exciting talent. Fleabag, which runs a fleet 65 minutes, layers in a more fully rounded portrait of a complicated modern woman than many works of twice its length or more, in any medium.

It has the pinpoint observational comedy of great standup, the fearless honesty and shamelessness of a raw confessional and the subtlety to draw you in and let you discover for yourself the grief, anger, self-loathing and guilt — the stealth-bomb of emotional devastation that drives this character’s flailing attempts to navigate her rudderless life and its messy relationships. On one hand, it’s an in-your-face comedy about someone who rarely resists a sexual impulse or an awkward remark; on the other, it’s a haunting reflection on the shattering loss of an anchoring female friendship. It’s both gut-bustingly funny and gut-wrenchingly sad.

Directed by Vicky Jones, Waller-Bridge’s longtime collaborator and co-founder of their company DryWrite, Fleabag is performed on a bare stage, with just a single red chair on a raised dais. But from that austere setting, making sparing use of prerecorded dialogue and sound effects along with her own gift for vocal mimicry, Waller-Bridge conjures a vivid picture of a middle-class Londoner — unnamed aside from the disparagingly blunt title reference — and her milieu of bars and bedrooms, uneasy family encounters and dutiful feminism lectures. The latter were prescribed and paid for by her emotionally distant father in lieu of more hands-on parenting following her mother’s death from breast cancer.

For much of the play, Waller-Bridge remains seated, addressing the audience directly and getting up only to demonstrate the occasional bit of tricky physical business, like photographing her vagina in the handicapped restroom at work to send those and other choice selfies to a boyfriend with a seemingly insatiable hunger for visual stimuli.

Phoebe Waller-Bridge on a 'Fleabag' Season 3: "I May Be Surprised Again"

Anyone who has seen the TV series knows the story, which begins and ends with an uncomfortable loan application to keep her struggling small business, a guinea pig-themed café, afloat. But the rewards of this early incarnation of Fleabag lie in Waller-Bridge’s intimate rapport with the audience (something carried over on television to some extent in frequent direct-address asides), her mischievous conspiratorial manner and flirty charm, and the momentarily faraway look that comes across her face when she mentions her mother, or her best friend since childhood, Boo. Even her accounts of time spent with her prickly, uptight sister seem to suggest a longing for deeper female connection that she can’t stop herself from sabotaging.

It’s revealed almost from the outset that Boo, her partner in the café venture, died in an accident, the circumstances of which are disclosed only gradually as the corrosive effects of that loss on the protagonist become more apparent. It’s in this artful time-release sorrow that the tightly constructed monologue’s masterful modulation is most evident, shifting in an instant from cringe humor to inescapable sadness and back again with the persuasive illusion of dangerous spontaneity. “People make mistakes” is a minor motif, and as much as the character is a reckless, sharp-elbowed narcissist, she’s also a figure of biting pathos in her helplessness.

As a solo piece, Fleabag is fully self-contained and satisfying, though admirers of the TV show will have an added appreciation for Waller-Bridge’s writing skills in the way she teased out subplots and secondary characters for the screen. Inevitably though, some losses from the expanded version will be felt, too, most notably Olivia Colman’s delectable characterization as the godmother-turned-stepmother, a monster of threatened territoriality and smiling condescension; and the brittle vulnerability of Sian Clifford as the sister, Claire. Characters woven in and out of the series and deepened with each encounter tend to make more limited appearances here.

But whether experienced as a complement or an alternative to its television sibling, this is punchy, ferociously funny and expertly nuanced storytelling by a writer-performer in full command of her singular voice. With second seasons of Fleabag and Killing Eve premiering and new projects like Run for HBO in the works, here’s hoping the extravagantly talented Waller-Bridge won’t entirely abandon the stage. 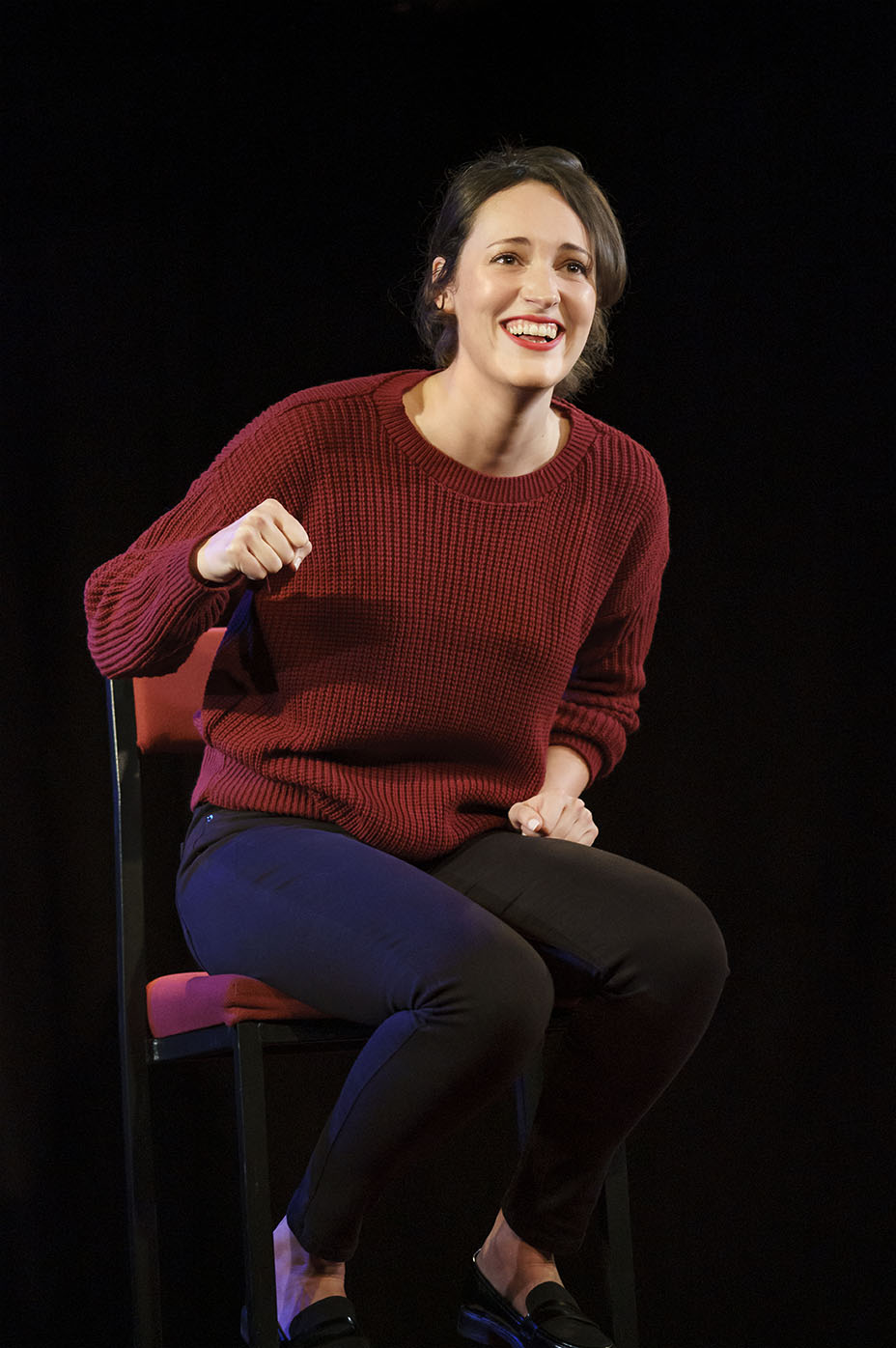