HGTV is very much in the El Moussa business again. After bringing back the original version of Flip or Flop, with stars Christina and Tarek El Moussa returning after their divorce, the network just handed out a new series order for Christina.

The 34-year-old real estate investor has signed a deal to star in Christina on the Coast, an eight-episode design series set to premiere in early 2019. And, unlike everything else on the HGTV roster, the new show will lean a little bit further into the reality TV realm — highlighting El Moussa’s new life as a single mother and her move from the suburbs to the beach.

“Each episode is going to show a glimpse into a real life, selling my home in Yorba Linda, house-hunting and moving into my new place,” El Moussa tells The Hollywood Reporter. “It’s going to show me trying to balance it all with kids and work.”

One of HGTV’s top-rated series at its pinnacle, Flip or Flop was dealt a major blow in 2016 when the central Orange County, California, couple went through a very public split that lingered in the tabloids for months. The network responded with a whopping five spinoffs, each following different house-flippers in different cities, but ultimately got the El Moussas to reunite after their divorce. The reaction among fans has been mixed, with the El Moussas upping the onscreen snark after their separation, but the ratings remain strong. The May 31 premiere, the first new episode to air in almost a full year, netted a strong 2 million viewers and a 0.5 rating among women 18-49.

“Christina’s design style is very popular, so it’s a natural progression for us to expand her visibility with a new series,” HGTV and Food president Allison Page said in a statement. “Her fans also are deeply vested in her personal life and eager to see what happens next — so we’re bringing them the opportunity to share in these real-life moments in a way that no one else can.”

Also produced by Flip or Flop maker Pie Town Productions, Christina on the Coast began filming on Monday. Via the shingle and El Moussa, the show is going out to Orange County families in need of remodeling. Each episode will tackle a different family, with a different room of their house that requires El Moussa’s design intervention. “I’m just helping them do one room because of the time constraints,” adds El Moussa, who still has to juggling her new obligations with potential future Flip or Flop production.

As for the show that made her a HGTV name, El Moussa says she’s pleased with the way the divorce episodes have turned out. “I’m glad we made the decision to continue the show,” she says. “It was best for everyone. We’re presenting a unified front. We’ve got kids.”

Tarek El Moussa is also said to be in talks to develop his own potential HGTV vehicle. 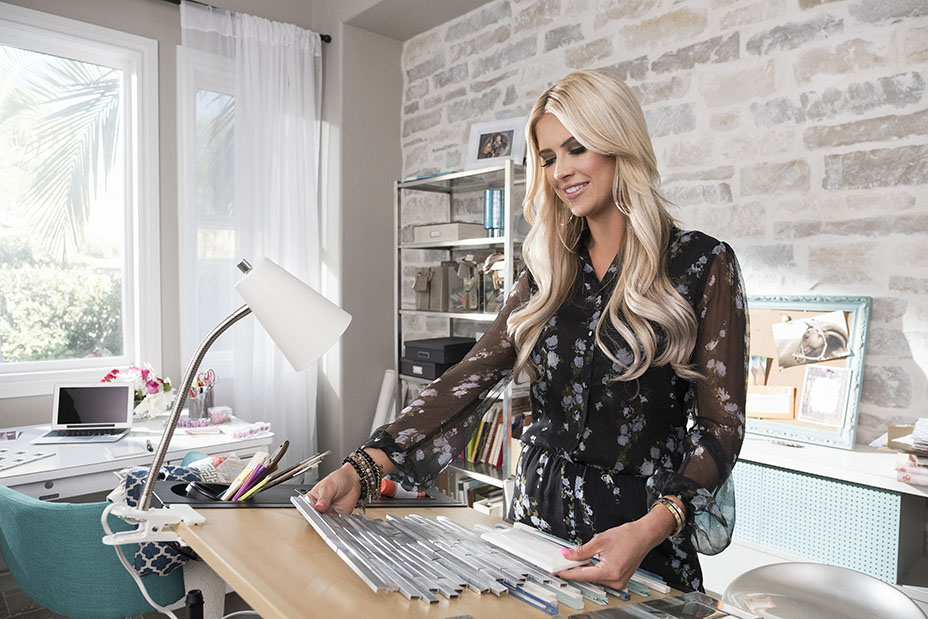