It’s (sorta) the end of an era at Freeform as GLAAD Award-winning drama The Fosters wrapped its five-season run Wednesday following a three-night series finale event. But while the Fosters chapter closes, another is about to open as the younger-skewing, Disney-owned cable network went straight to series on a spinoff, Good Trouble, which follows co-stars Maia Mitchell and Cierra Ramirez’s Callie and Mariana, respectively, into adulthood. Below, co-creator and executive producer Peter Paige opens up about the rare opportunity to close the chapter on his beloved Foster family while getting an even more unlikely opportunity to continue to tell honor the flagship with a spinoff.

You know it will come, one day. The call. “We’re sunsetting your show …” That means cancelling, right? You try to put a positive spin on it — “Well, at least we get to end it on our terms. That’s something …” And it is something, something huge, truth be told. So many shows wrap for a hiatus between seasons and never get the chance to come back, never get to tell the last stories, never get to say goodbye, through all the snot and tears. But we will. So even as we sat at the table where they broke the news, [co-creators] Bradley [Bredeweg], Joanna [Johnson] and I all shared a look — be strong, because even this is a privilege.

But then the powers that be said something else — “What about a spinoff?” Hang on — what about a spinoff? It wasn’t something we’d been thinking about but — we all looked and each other and immediately said yes. I mean, why wouldn’t we? A chance to keep these beautiful characters we’d all come to love so much alive? Even if, for some of them, it’s only on a part-time basis? Yes. A chance to continue the social messaging and progressive world view that was at the heart of the first show, and see how it will change and resonate with our young people as they enter their adult lives in this new one? Absolutely yes. 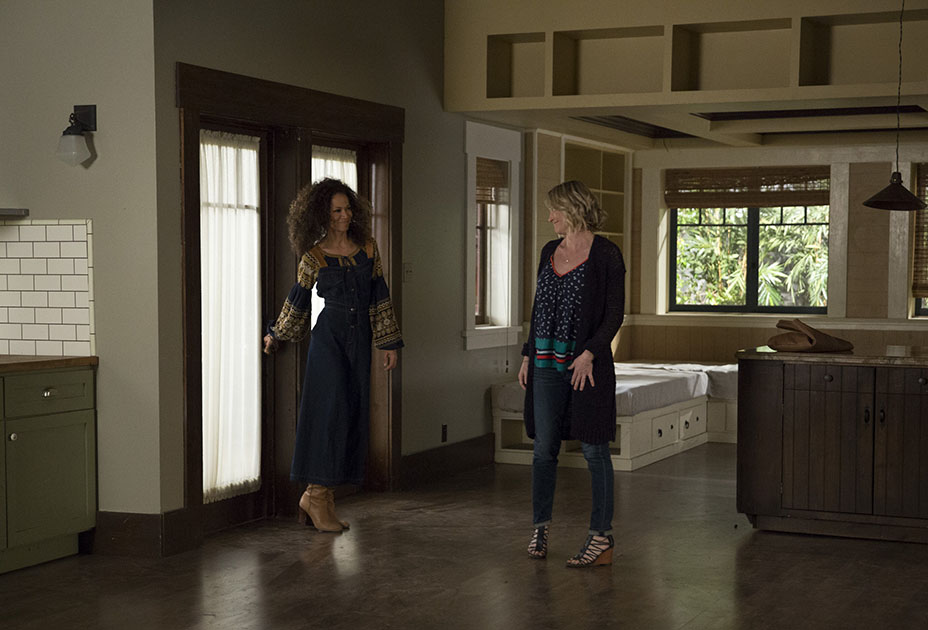 It wasn’t what we had wanted, but as consolation prizes go — it was a damn good one. One of the things we were most sad about, when we thought about losing The Fosters, especially at this moment in time, in this political climate, was losing the opportunity to tell stories of #TheResistance. Stories of marginalized people, fighting for their rights and the rights of others. Stories of women, standing up and saying, “Enough.” Stories that reflect the very real anger and fire of millennials and Gen Z-ers, who are giving everything they have to change the current course of this country.

So that became our focus: How can we take the flame lit by The Fosters (the show) and carry it on? Much the same way you hope your kids will take the values and ideals you’ve given them and carry them into the world when they leave home. We started thinking of how some of the Fosters (the family) might navigate the next chapter of their lives. How were they shaped by their upbringing? Who would they become? And who would they surround themselves with? Who would become their next (chosen) family? 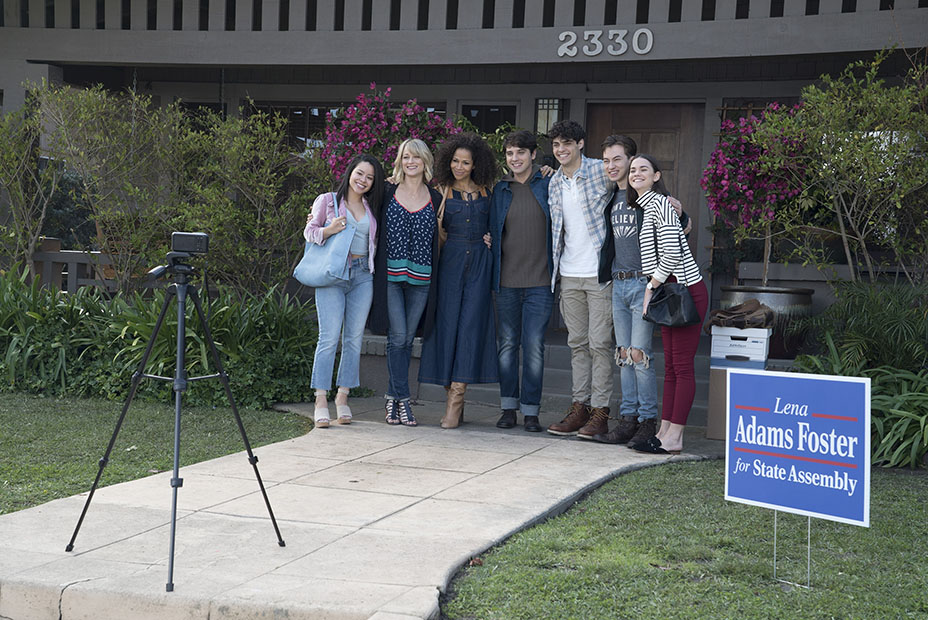 We decided it would be fun to follow Callie (Maia Mitchell) and Mariana (Cierra Ramirez) into the future, post-college, starting their adult lives. Callie, fresh out of law school, clerking for a (conservative) federal judge. Mariana, having achieved her dream of attending MIT, taking her considerable talent for tech out into what is undeniably a male-dominated workplace. And of course, they would draw to themselves similarly driven, progressive young people, who share their determination to change the world.

And thus was born Good Trouble. The title is, of course, inspired by the quote from Congressman John Lewis, who talked about his work with Rev. Martin Luther King fighting for civil rights as getting in “good trouble, necessary trouble…” It seemed right for a lot of reasons, not the least of which was that this new show felt necessary to us.

Freeform Stars and Producers Go Inside the Network's "Forward"-Looking Programming

There is no replacing The Fosters — the magic of that eclectic family, the chemistry of Stef (Teri Polo) and Lena (Sherri Saum), the charm and light of each one of the kids. We can’t replace it and we would never try. But we can honor it. The same way you honor your parents with your work in the world, we are giving everything we have to making sure that Good Trouble honors what went before. Because truthfully, is there any other choice?

Peter Paige is the co-creator and executive producer of The Fosters and its forthcoming spinoff, Good Trouble. His credits include starring on Showtime’s Queer as Folk. 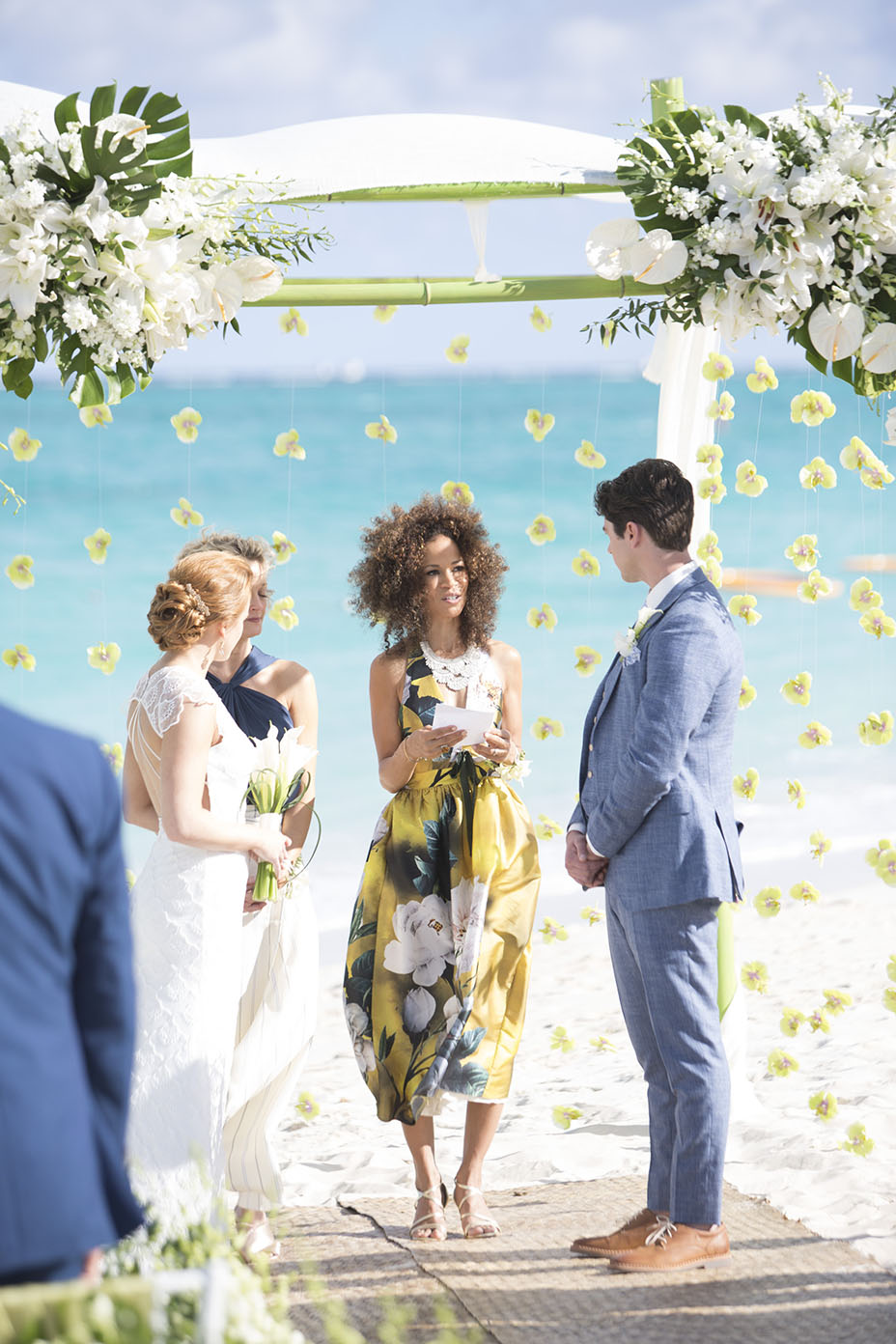