Is there still an appetite for talent competitions on TV? And even if there is, can a TV series launch a new artist in 2018? That’s what Fox’s new reality series, The Four: Battle for Stardom, is about to find out.

It’s been more than 15 years since American Idol launched the career of Kelly Clarkson, and plenty of new singing competitions have come and gone since then (RIP The X Factor, Rock Star and more). But casual viewers (and non-viewers) would be hard-pressed to name a winner of one of the last few seasons of the series. NBC’s The Voice is one of the most popular shows on television, but has the show actually launched a superstar? More important, can you name the season 13 winner from just a few weeks ago?

The Four, based on an Israeli format, is attempting to not only introduce a new reality format to American television, but also a bona fide music breakout. The singers compete in front of judges Diddy, DJ Khaled, Meghan Trainor and record label executive Charlie Walk, who will all collaborate with the winner after the finale to actually launch his or her music career.

Executive producer and co-showrunner David Friedman tells The Hollywood Reporter that the series will condense the best parts of Idol (soon to be revived on ABC), The Voice and the reality competition genre, into one easily watchable show.

“It takes all of what you like about the genre — the auditions, the competition, the finale — and it puts it all in one show each episode,” Friedman says. “I think that’s really what’s most exciting about it. You don’t have to wait through 13 weeks of something and then six weeks of something else and then two finales. It’s all right there for you.”

Added Becca Walker, co-showrunner and exec producer, “You’re not just winning a record deal at the end. You’re winning the panel of judges. You’re winning Diddy and others to work with you, yes, so that eventually through your career they make sure we’re getting a hit record from you, and become invested in the winner.”

The series will start with a pre-selected group of four singers, and each week will see new contestants audition in front of the panel for the opportunity to challenge one of the four for their seat — which then happens immediately. One singer wins, the other goes home. At the end of the run, the four singers remaining in the chairs will compete to be the last singer standing. 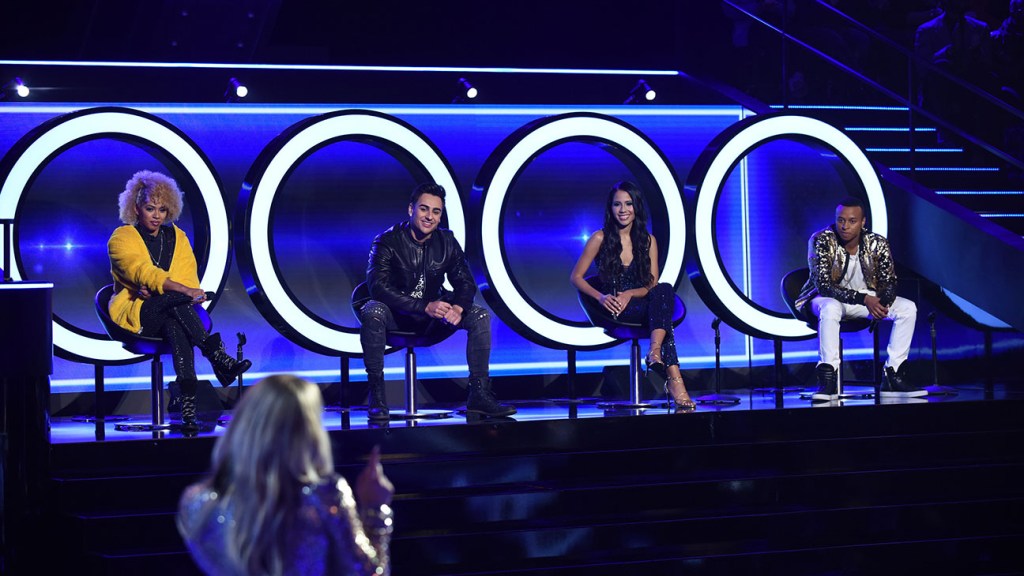 Said Friedman, “It’s very hard to break through the clutter, and we look at [the condensed six-episode run] as an opportunity to launch a new show, to grab audiences’ eyes, to do it right and then build from there. Our goal is to continue on and do many seasons of this, but I think you’ve got to win in the short run first. You’ve got to get out there and show everybody this is the new show, it’s got a different format, different flavor, it’s exciting, and happens all right there onstage, and then go from there.”

Diddy, who launched two successful groups with his early 2000s MTV reality series Making the Band (Da Band and Danity Kane), said he and the rest of the panel got involved because they legitimately want to launch a successful artist.

“You have to look at my previous experience with Making the Band. We had two bands off of that show that were multi-platinum successful artists. I feel like I bring that legitimacy and also that track record and that experience to knowing what it’s gonna take to really take somebody from off their couch at home to Madison Square Garden,” he told THR. “I’ve done it before, I’ve done it throughout my career, I’ve even done it with myself and so I’m going to bring all that information to the table.”

Executive producer David George, president of producer ITV America, said he’s personally seen how invested Diddy and his fellow judges are. “The most fascinating thing to me is watching them interact off camera, because they really are strategizing about people and what they would want to do to try to help their careers,” he said.

George, Friedman, Walker and Diddy, who is also an executive producer, all also pointed out that The Four is able to embrace different genres of music in a way that other, pop-centric singing competitions haven’t been able to.

“This genre never evolved to the reality of the diversity in the music industry,” Diddy said. “The shows in this genre never invited hip-hop and never really invited R&B. We live in a culture right now that those two formats are so important to everybody’s everyday way of life. For me, it was a chance to come in, diversify the landscape of what’s going on in these shows. I love great TV, I love great entertainment, and once you add that competitive aspect, that’s a different attitude than just trying to fit in and be America’s next pop star where you are selfishly going after your dream. I think that us having a platform for hip hop, R&B, pop music, and Latin music, too, right now especially — something I’m extremely excited about is the chance to find a next male or female Marc Anthony.”

Notes Friedman, “It’s not about being the next Kelly Clarkson. The music industry has changed so much [since Idol‘s heyday] and a lot people want to be the next Kendrick Lamar. It’s a different vibe out there, and so I think it’s just about finding that unique talent and doing everything possible to do that.”