The impending dog and pony show may include echoes of “business as usual,” a spiel offered to press earlier in the year, but the fact remains that no one really knows what is going to happen to Fox.

The 2018-19 season, if all goes according to plan, will see the completion of Disney’s acquisition of the network’s sister properties (read: the prolific TV studio, long its programming pipeline). A leadership change is almost guaranteed —  and a new game plan with it. So the question of “Will Star get renewed?” seems kind of trivial in comparison. (And it did.)

One thing is certain: Fox has way fewer hours to fill next year. Its pact with the NFL for Thursday Night Football will suck up more than 30 hours of space previously occupied by original programming, lessening the recent pressure to find a reality hit to fill the void left by American Idol in 2016. And while Thursday’s game is the NFL’s least-enticing offer, it will still do a lot to lift the network’s modest linear returns of late.

As far as scripted programming is concerned, the playbook already seems a bit different. Studio 20th Century Fox Television original Last Man Standing, canceled at ABC in 2017, is being revived at Fox with hopes of courting its older, middle American audience. The order is an abrupt left turn for Fox’s comedy brand, which has long catered to millennials, with the quirk of Brooklyn Nine-Nine and the late New Girl and acerbic cartoons such as Family Guy and The Simpsons. On the drama front, Ryan Murphy’s 911 was a surprise hit, and Empire continues to drive the bus. New orders will reflect the network’s desire to duplicate their success.

But, one year down the line, Fox may be something else entirely. So expect its May 14 play for advertisers to be one that focuses on reassurance, keeps its eye on the short game and hypes Thursday Night Football. Keep track of all the renewals, cancellations and new show orders with THR’s scorecards for ABC, CBS, Fox, NBC and The CW and with all the latest pilot pickups and passes with our handy guide. For complete coverage, bookmark THR.com/upfronts.

THR will update this post with all the latest series orders, renewals and cancellations as Fox’s 2018-19 schedule takes focus ahead of its upfront presentation to Madison Avenue ad buyers. 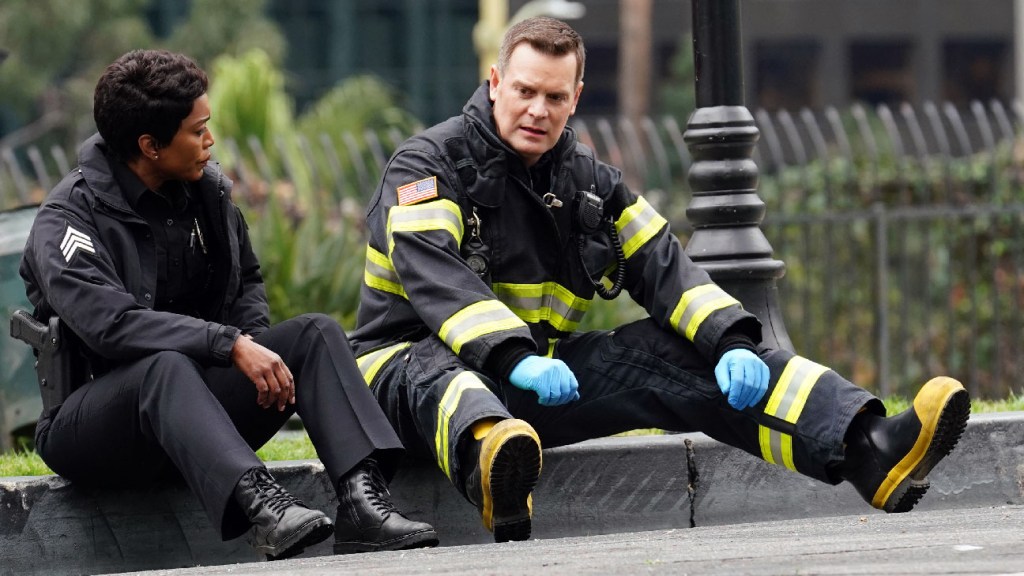 Lethal Weapon | The reboot of the feature film franchise has been renewed for a third season — with a new star taking over for the since-fired Clayne Crawford. Seann William Scott will play a new role opposite Daomon Wayans in the procedural from Warner Bros. Television. The series ranks as one of Fox’s most-watched dramas.

Gotham  | The Batman prequel from Warner Bros. Television and DC Entertainment stars Ben McKenzie and will wrap its run with a 13-episode fifth and final season that will focus on the caped crusader.

Bob’s Burgers  | As animated comedies have become the next genre to be rapidly scooped up by streamers, Loren Bouchard’s Emmy-winning hit awaited official word on a ninth season pickup while already in production and prepping a movie. This was a given.

Family Guy  | A 17th season renewal for the Seth MacFarlane animated comedy comes as the showrunner’s future with the studio depends on a new  overall pact and new deals for its voice cast as the five-season deals for Seth Green, Alex Borstein, Mila Kunis and Mike Henry expire this season.

Empire  | The Lee Daniels and Danny Strong hip-hop drama starring Taraji P. Henson and Terrence Howard and from 20th Century Fox Television will be back for a fifth season.

Star  | The musical Empire spinoff starring Queen Latifah and Benjamin Bratt crossed over with the flagship in its second season and helped to give Fox a larger piece of its hit franchise. In its second season, the series also changed showrunners with Karin Gist becoming the third to lead the series. The Lee Daniels-produced drama will return for a third season.

The Simpsons  | The animated comedy from Matt Groening and showrunner Al Jean this season became TV’s longest-running primetime series and is in the second year of a two-season renewal, its 30th season overall. The 20th TV comedy is poised to become a Disney property should the $52.4 billion Disney deal earn regulatory approval.

The Gifted  | The X-Men drama earned an early season two renewal after completing its abbreviated 13-episode run. The series from Marvel Television and Matt Nix stars Stephen Moyer and Amy Acker and had an impressive run, averaging 8.3 million total viewers with delayed viewing.

911  | The Ryan Murphy-produced first responders procedural starring Peter Krause and Angela Bassett earned a speedy renewal after breaking out during its midseason bow. It will wind up being the prolific showrunner’s last series produced for Fox at 20th TV after his upcoming move to Netflix. Showrunner Tim Minear will remain at the helm after signing a new overall deal with the studio. Expect another big-name addition to the cast in season two, as Connie Britton eyes a reduced role after signing a one-year deal for the freshman call.

The Resident  | The medical drama starring Emily VanCamp and Matt Czuchry has been a reliable performer for the network, averaging a 1.9 in the advertiser-coveted demo and nearly 8 million total viewers. The 20th TV drama from s exec producers Todd Harthan and Amy Holden Jones will be back for a second season.

Last Man Standing  | Tim Allen’s multicamera comedy from 20th TV has officially been revived for a seventh season a year after being canceled at ABC.

Rel | The multicamera comedy stars Lil Rel Howery (The Carmichael Show, Get Out) as a guy whose life is put to the test when he learns that his wife is having an affair with his barber and tries to rebuild his life post-divorce as a long-distance single father on the South Side of Chicago. The comedy, inspired by Lil Rel’s life, hails from 20th TV and Carmichael Show‘s Kevin Barnett and Josh Rabinowitz, Mike Scully and Jerrod Carmichael. Sinbad co-stars.

The Passage  | Redeveloped from last season, the genre drama is based on the best-selling trilogy by Justin Cronin and is a character-driven thriller about a secret government medical facility experimenting with a dangerous virus that could either cure all disease or cause the downfall of the human race. Mark-Paul Gosselaar (Pitch) stars in the drama from Liz Heldens (Friday Night Lights) and exec producers Matt Reeves and Ridley Scott. Emmanuelle Chriqui co-stars in the 20th TV drama.

The Cool Kids |  A multicam sitcom from writers Charlie Day and Paul Fruchborn, The Cool Kids is set in a retirement community where the ruling clique (Martin Mull, David Alan Grier, Leslie Jordan) is unseated by a newcomer (Vicki Lawrence). Described as “high school with 70-somethings,” it comes from 20th Century Fox Television in association with FX Productions, home of Day’s Always Sunny in Philadelphia. The comedy was developed off-cycle and heated up after ABC’s breakout success with Roseanne. Kevin Abbott is set as showrunner. 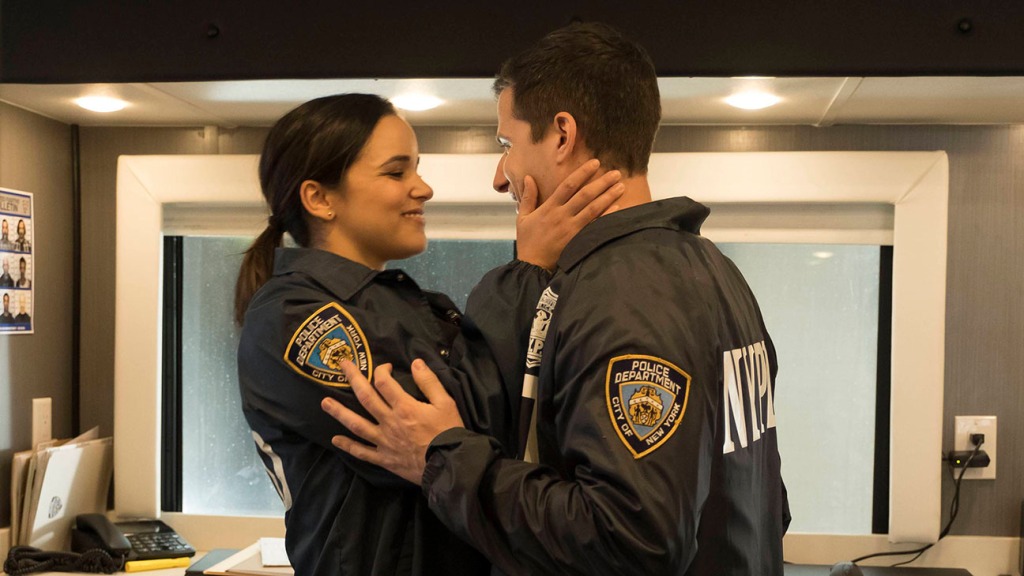 Ghosted  | One of the hottest packages last development season, the Adam Scott and Craig Robinson X-Files farce averaged a 1.6 in the demo and 4 million total viewers, nearly doubling its same-day returns when factoring in seven days of DVR. Produced by 20th TV, the comedy was the lone single-camera entry still awaiting word on its future. With the cancellation, Fox will now have a brand-new comedy slate next season — entirely built of multicams.

L.A. to Vegas  | The Dylan McDermott airline comedy, which counts Modern Family‘s Steve Levitan among its exec producers, had a strong first flight with Fox handing out a quick three-episode pickup. The series, from 20th TV, grows 50 percent among viewers and the demo when adding DVR returns. Despite talk of a guest turn from exec producer Will Ferrell and rumors of a new showrunner and potential change to multicam, the comedy will not return for a second season.

Brooklyn Nine-Nine  | While not a ratings breakout, the Andy Samberg cop comedy from exec producers Dan Goor and Mike Schur remains a critical favorite. Sources note the series went into its current fifth season with an eye toward an endgame. That the single-camera comedy is produced by an outside studio — Universal Television —  did not help the series, which will not return for a sixth season.

The Exorcist  | The drama starring Alfonso Herrera and Ben Daniels underwent a casting reboot in its second season as the anthology-like series from 20th TV also lost leading lady Geena Davis. Ratings slipped year-over-year as the sequel to the 1973 feature film from showrunner Jeremy Slater has been canceled.

Lucifer  | The DC Entertainment drama from Warner Bros. Television has been canceled after three seasons, per star Tom Ellis. The drama averaged a 1.4 in the demo and 5 million total viewers with seven days of DVR.

The Last Man on Earth  | The post-apocalyptic comedy created by and starring Will Forte has been canceled after four seasons, despite its cliffhanger finale. Sources say the single-camera comedy could be shopped to Hulu after there was brief discussion of a shortened, final-season run for the 20th TV series.

The Mick  | The Kaitlin Olson comedy from 20th TV remains an internal favorite and scored an additional seven-episode order in its sophomore season. Despite New Girl ending and broadcasters looking to program to middle America, that wasn’t enough to earn The Mick a third season.