“I wanted to do network television,” Fran Drescher says of her return to broadcast TV in NBC’s Indebted. The actress, who is such a singular archetype that she typically plays characters named Fran, had been in the beginning stages of developing a new project for herself when her manager mentioned that the Sony-produced sitcom was currently looking for a “Fran Drescher type.”

A few phone calls later, and the TV veteran was reading alongside star Adam Pally for her first series regular role since her TV Land sitcom Happily Divorced ended in 2013. This time, though, she wanted the platform only a broadcast network could provide.

“You know, my parents really get excited when I’m on TV. My mom’s in her 80s, dad just turned 90. And it’s kind of a mitzvah and this was already moving forward,” she tells The Hollywood Reporter. “It was farther ahead of anything that I was just about to go out and pitch. So I thought, you know, let me give them this gift. They could never, their friends could never find me on TV Land. It was just the bane of their existence. They were so frustrated. Everybody’s got a different channel that comes in on, they can’t find it, and it was never in the local paper listing, that network. They’ll do, like, the top 60 channels and it wasn’t one of them. And everybody can find NBC. And because it’s the studio I’ve already been working with, because it’s at the studio that’s nearest to my house, because it’s NBC, everybody can find the peacock network. And because it seemed like there were very nice people, it’s a Jewish family, you know, just — go for it.” 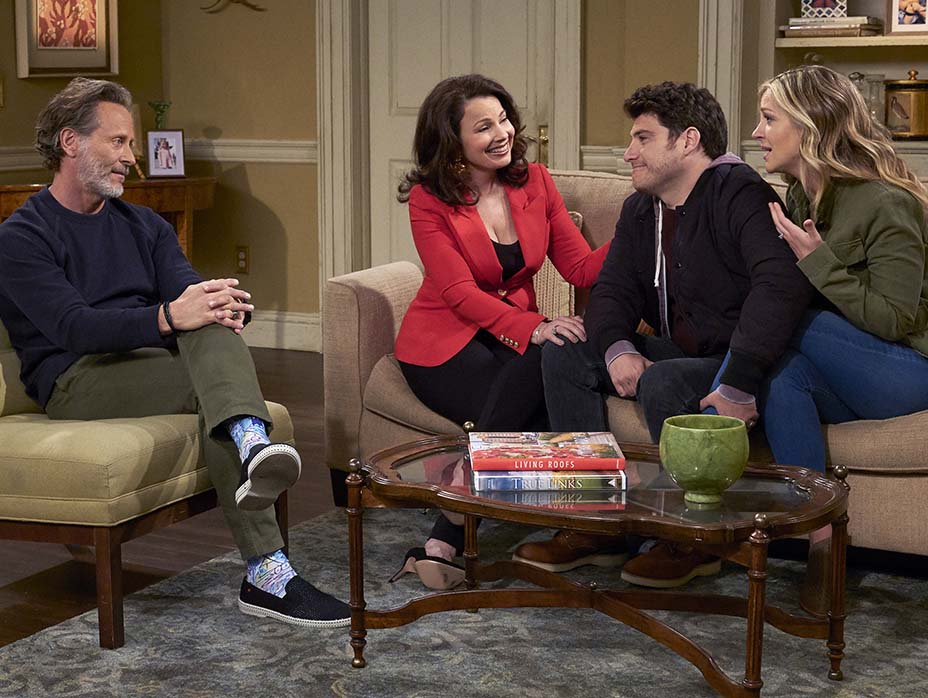 Drescher was already in close contact with Sony as she quietly worked on the Nanny musical, which had been in the works for a while but wasn’t announced until the deals closed for the entire creative team — joining Drescher and co-creator Peter Marc Jacobson are Marc Bruni, Rachel Bloom and Adam Schlesinger. While details on that production are scant, the actress reveals that it will take place in the ’90s and feature a new star — “someone spectacular who’ll make it her own event” — with a story that’s “not really been done before.”

'The Nanny' in Development as Broadway Musical

“There’s a difference between doing a sitcom that lasts for six years and doing a finite story that’s over in two and a half hours. So that was what Peter and I really had to crack the code on,” she explains.

It’ll provide ample opportunity to showcase the tight, patterned, sequined fashion that helped make Drescher a household name — and a Gen Z fashion icon (one instagram account dedicated to identifying Fran Fine’s clothing has nearly 300,000 followers, and Cardi B has spoken on many occasions about how much she loves the character).

But Fran Fine’s outfits are really just a slightly exaggerated version of what Drescher herself likes to wear. Throughout this interview, which took place on the patio of her hotel room following the Indebted panel at the 2020 Television Critics Association winter press tour, Drescher was clad in head-to-toe black cashmere loungewear, having changed out of a demure tailored wool suit. On Indebted, she’s still wearing clothing that would make Fran Fine proud. 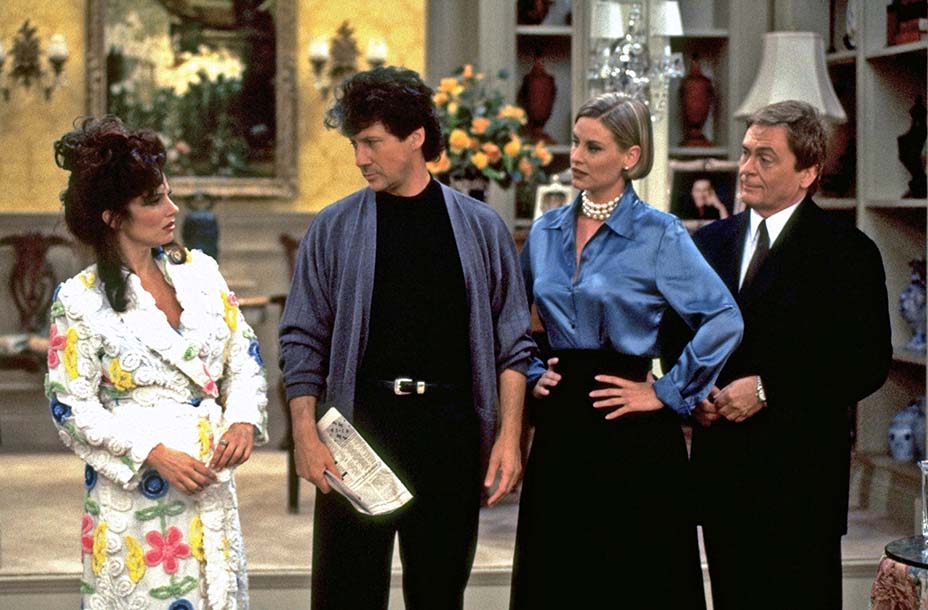 “On this show I’m the oldest one in the cast, and I’m always wearing heels and tight dresses. But I said, ‘look, you have to let me give my audience what they want.’ I don’t want to disappoint them,” she says. “And somebody’s gotta be eye candy with the clothes! I love clothes and I love dressing in a show. I’ve never dressed schlumpy or average or regular. It’s just not my thing. TV is a visual medium. I want to give everybody a lot of bang for their buck, and I know that they obsess on my clothes. So, you know, I might as well be flashy.”

Indebted follows a boomer couple who moves in with their Millennial son and his family after they go bankrupt, and Drescher says it was a rewarding creative experience to watch the series find its tone after the pilot.

“The first 13 episodes of any new series is finding itself. It’s finding its look, its style — every department is figuring it out. But every week we kept growing and maturing, grounding ourselves, deepening our relationship, the writers writing towards our strengths, seeing where the family really lives, where the comedy really lives, the look of the show — all of it. It’s an amazing process and you have to trust it, because it takes it a little bit of time to get your bearings, like with anything. And by the time we finished, right before Christmas break, we were such a really tight-knit unit.”

Though the series has cast the ultimate Fran Drescher type, the character’s name is actually Deb. “If I do another show, and it’s my show, I will be Fran,” Drescher says. But until then, she’s excited to be back on broadcast. On cable, she explains, “sometimes it feels like you’re performing in a vacuum, and the level of promotion is limited to within the vacuum, but there’s not a lot of external push. And I don’t know, I was ready to go back into the major leagues.”