Just when you thought they were on a break, Friends has come home to New York City.

Thanks to reruns and continued popularity on Netflix (WarnerMedia’s streaming service HBO Max will be the show’s new home in spring 2020), the Manhattan pop-up experience is targeted to new and old fans alike. Want to grab an umbrella and take a seat on that orange couch? That’s only one of many Instagram-worthy stops along this nostalgia-filled tour. 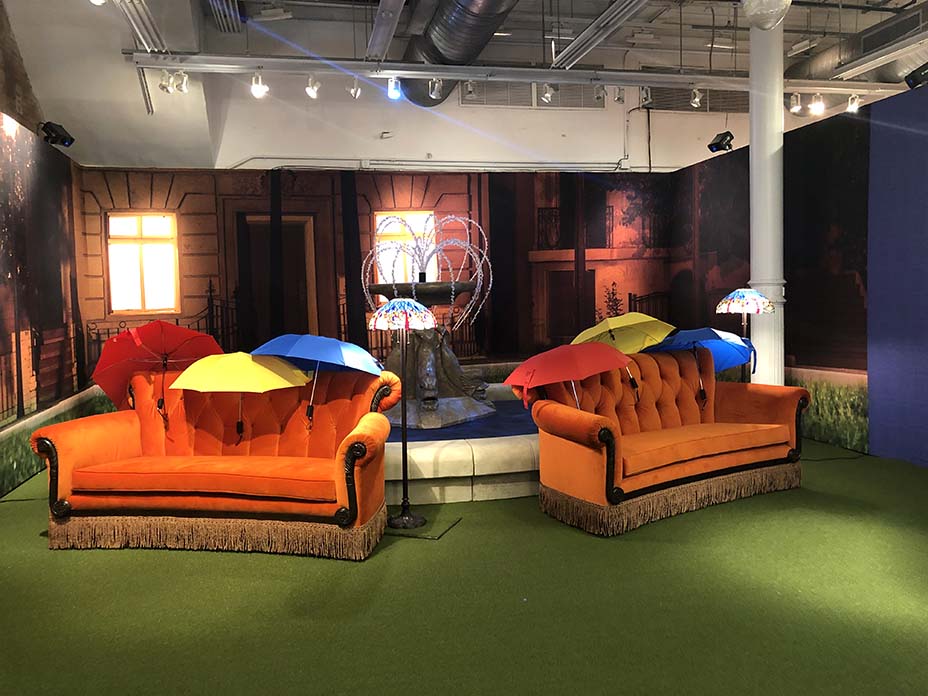 The Hollywood Reporter was given an early look at the iconic set pieces and memorabilia on display to celebrate the milestone anniversary. The space — which opens to the public Saturday and runs daily through Oct. 6. — begins with a maze of familiar cast moments with the six 20- to 30-somethings and a wall of definitions for the “Friends-isms” that have become a part of pop-culture vernacular since the show’s 10-year run. Ross’ state of Unagi (“total awareness”), Chandler’s indefinable “Wah-pah!” and Monica’s classic shout of “Seven!” all make the list, as does a how-to illustration to banging fists (the code for the middle finger) and Ross and Rachel-centric shout-outs like “We were on a break!” and “She’s your lobster.” The pop-up instructs visitors to take a seat on the couch among their Friends. 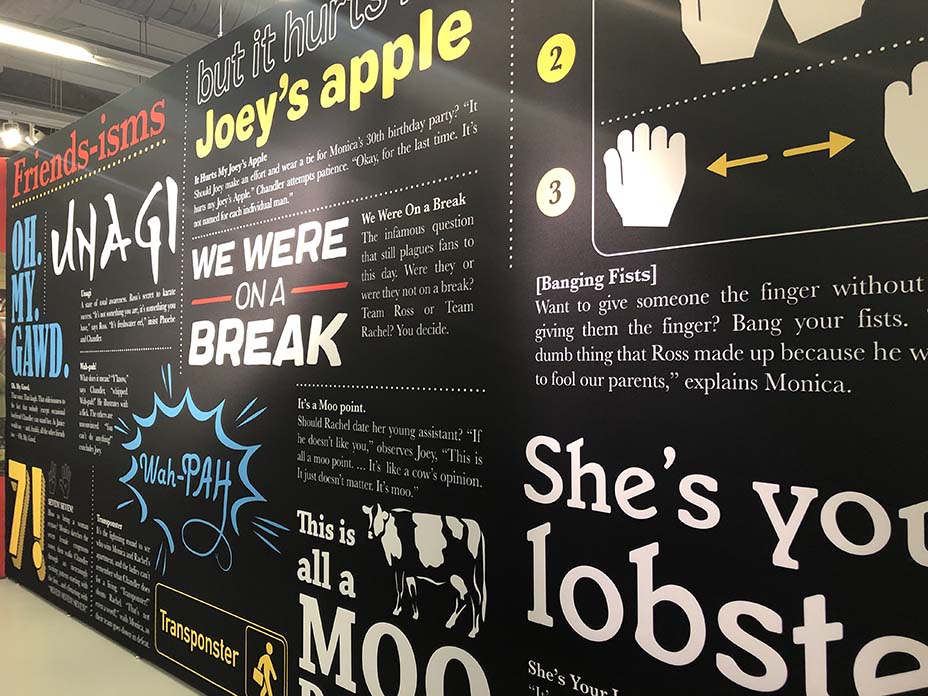 As fans continue to wind through the experience, they can indeed pitstop for their very own “I’ll Be There for You” photo montage and attempt to “Pivot!” Ross’ couch up a flight of stairs, offer up their best Monica Thanksgiving-turkey head shimmy and see what it looks like to be wearing all of Chandler’s clothes. 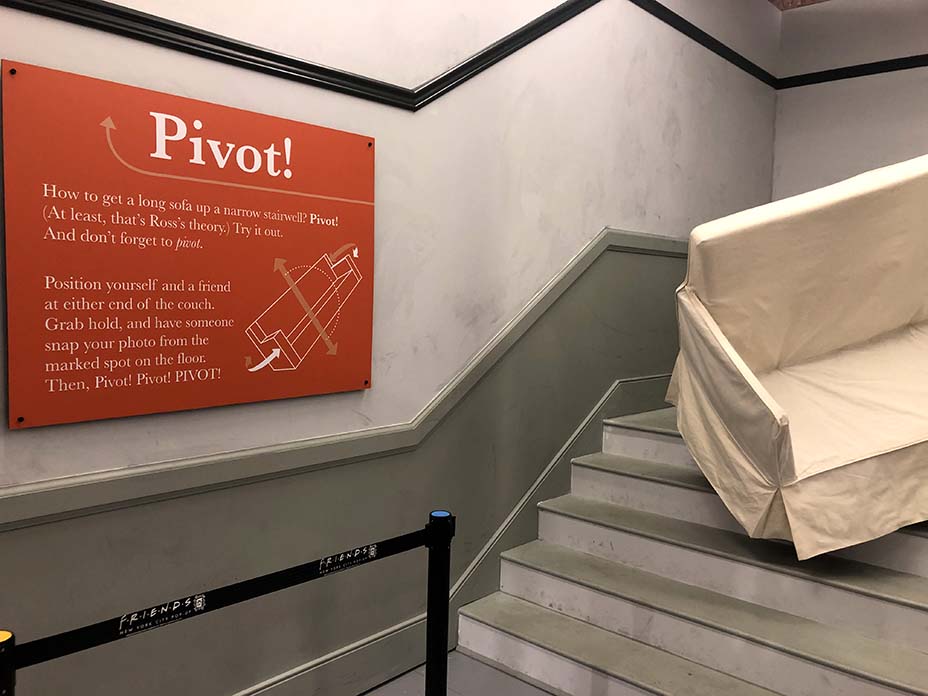 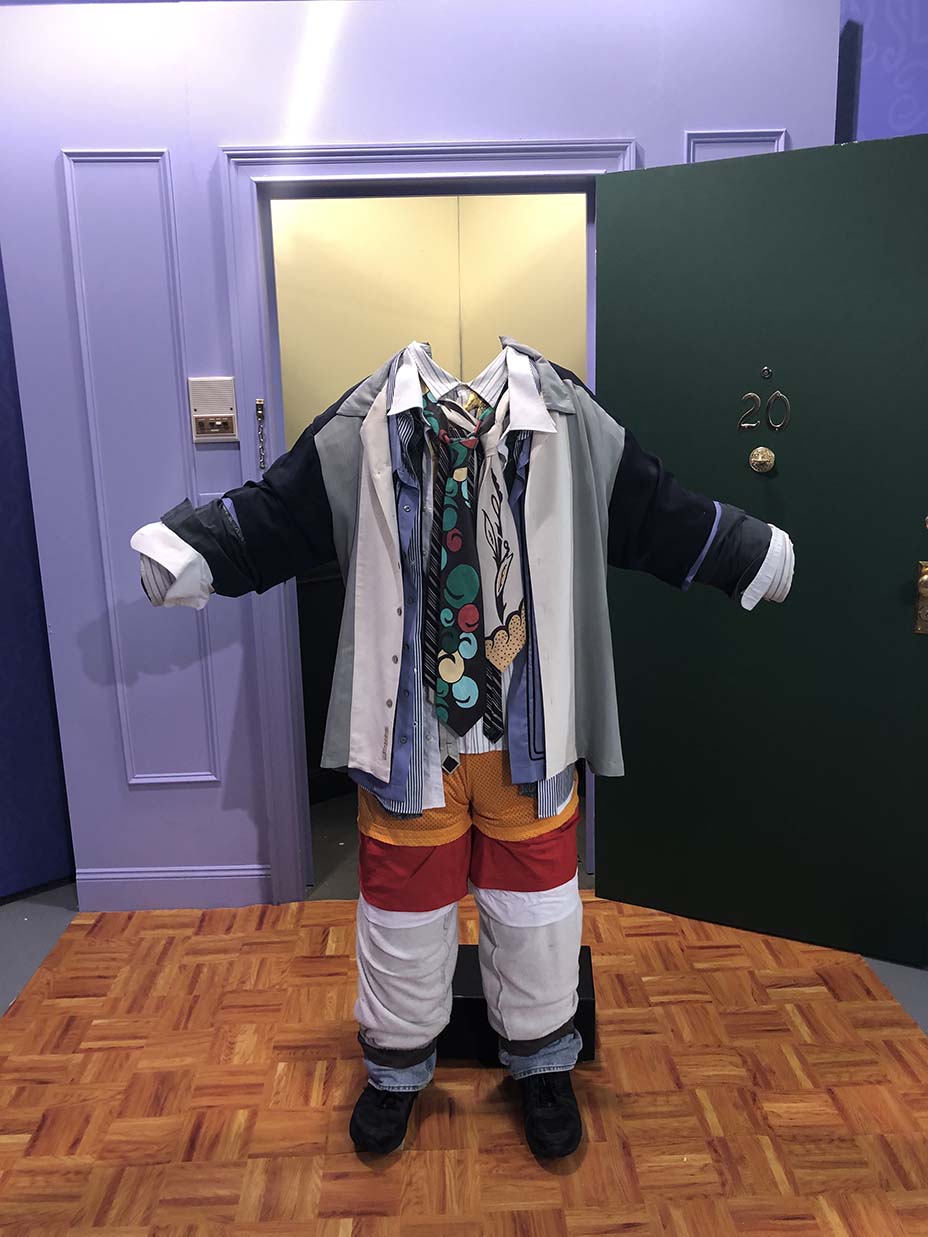 The museum-like experience begs fans to peek through Rachel and Monica’s purple door to see the cast shrines that have been erected inside. 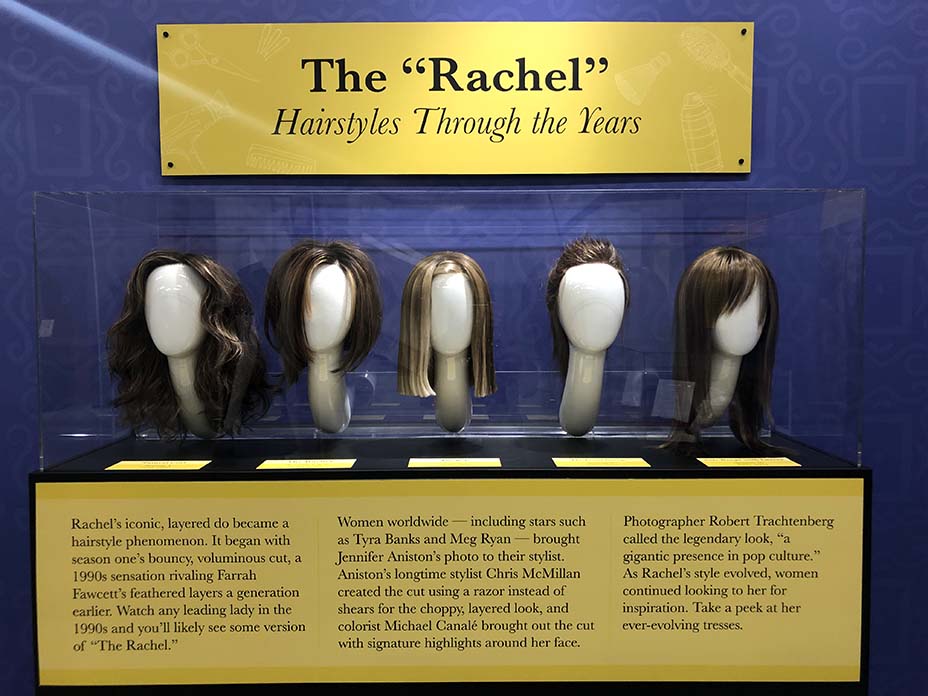 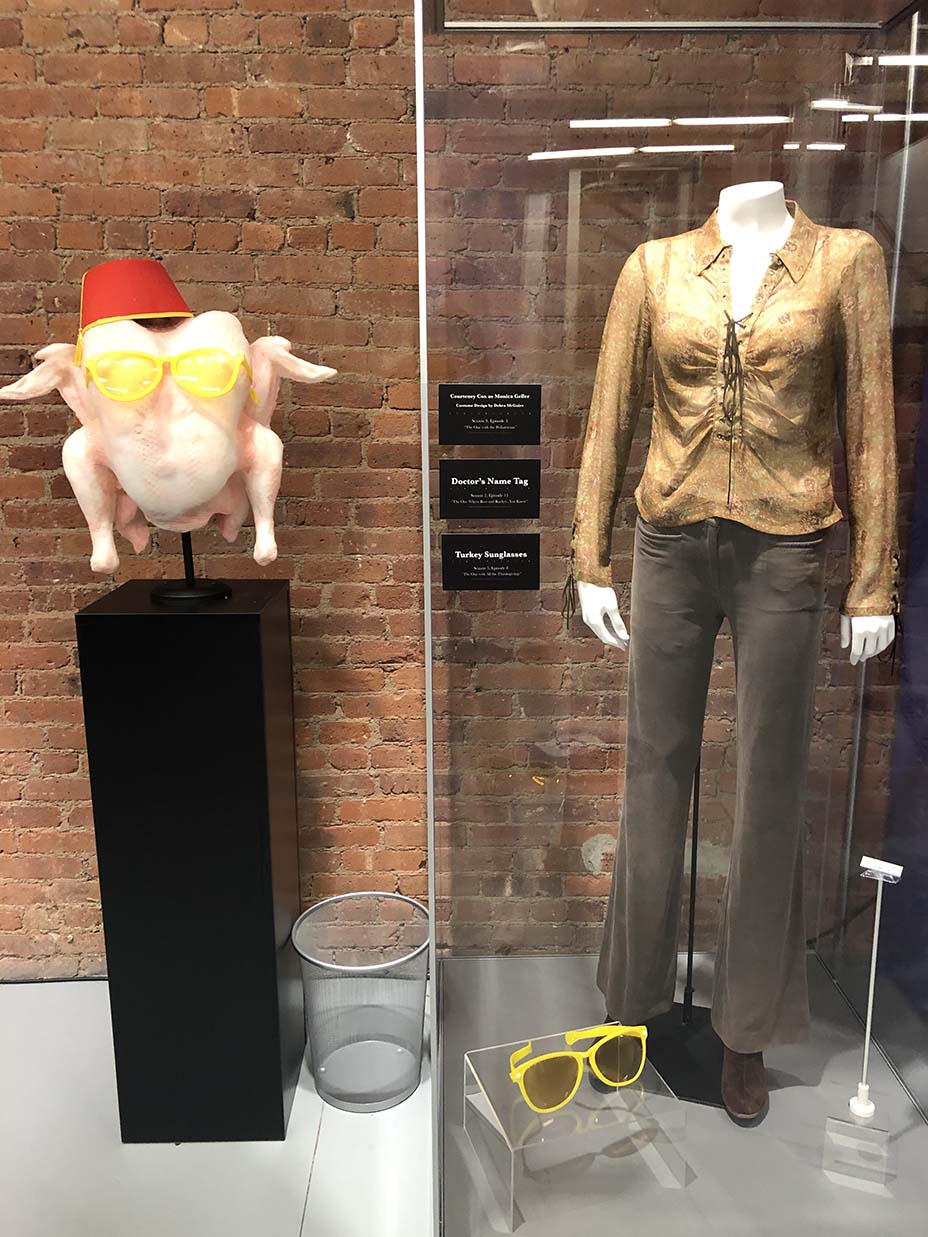 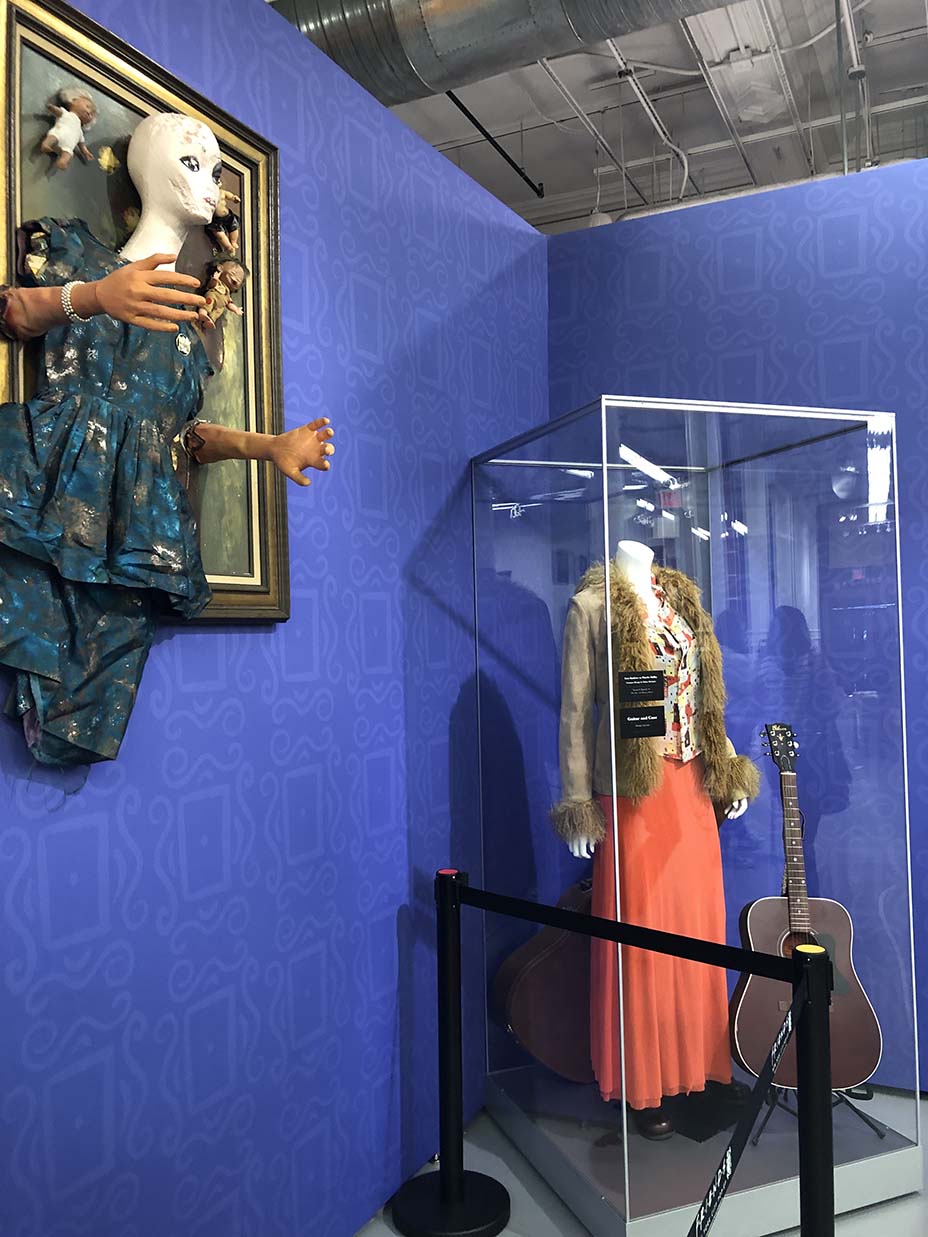 A glance over the next chain-locked door delivers a re-creation of Chandler and Joey’s apartment — complete with the dual recliners, big white dog, foosball table and entertainment unit. 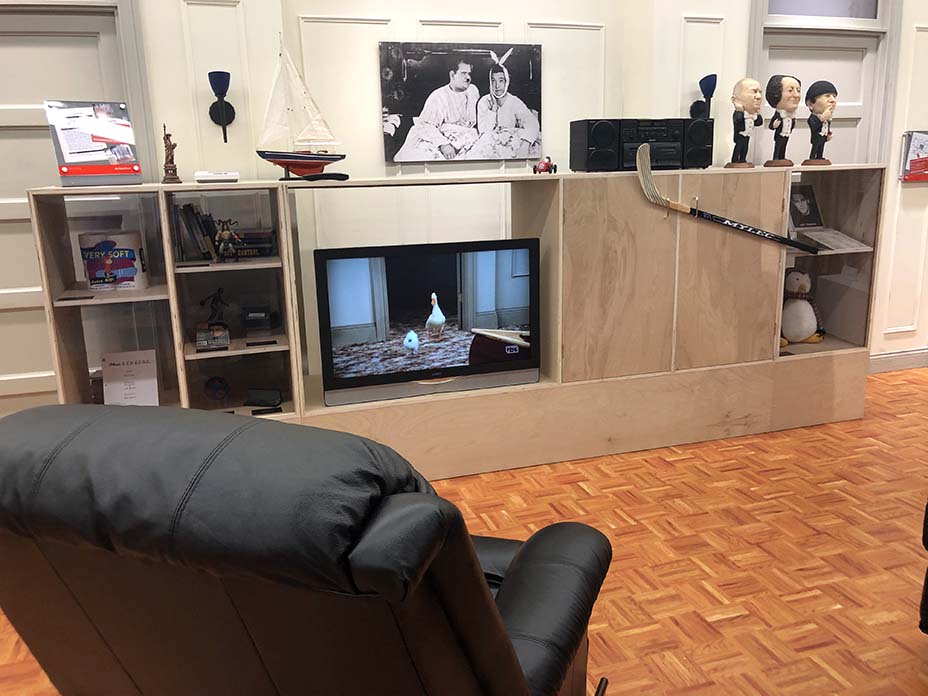 The tour then drops visitors off in a Central Perk time warp, where a nearby menu of drinks and pastries includes Chandler’s Licked Banana Nut Muffin and Phoebe’s Great Great Grandma’s Famous Cookies. The visit ends with a smattering of exclusive Friends souvenirs. 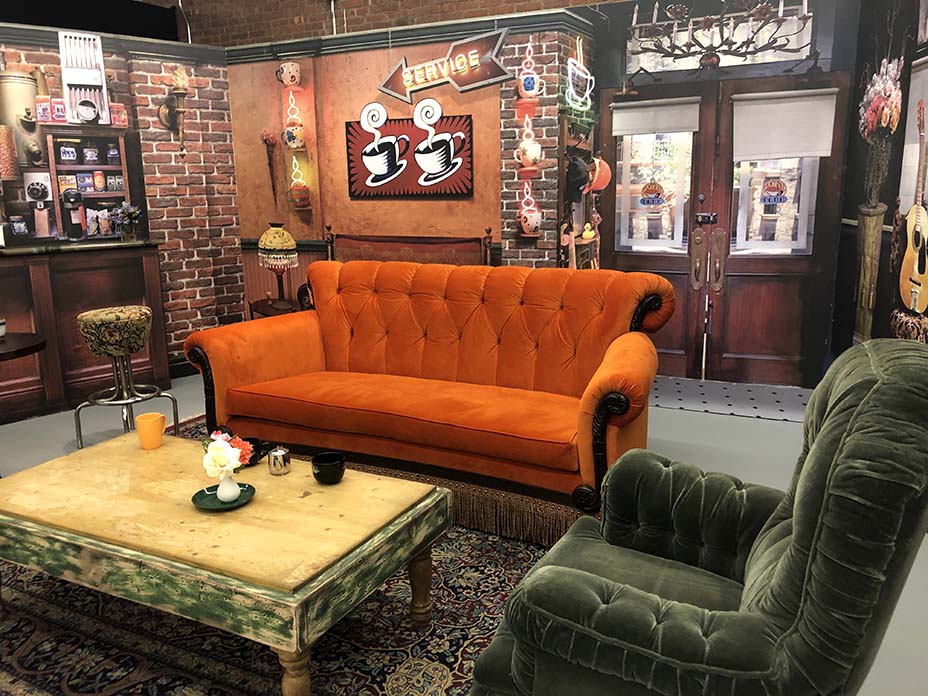 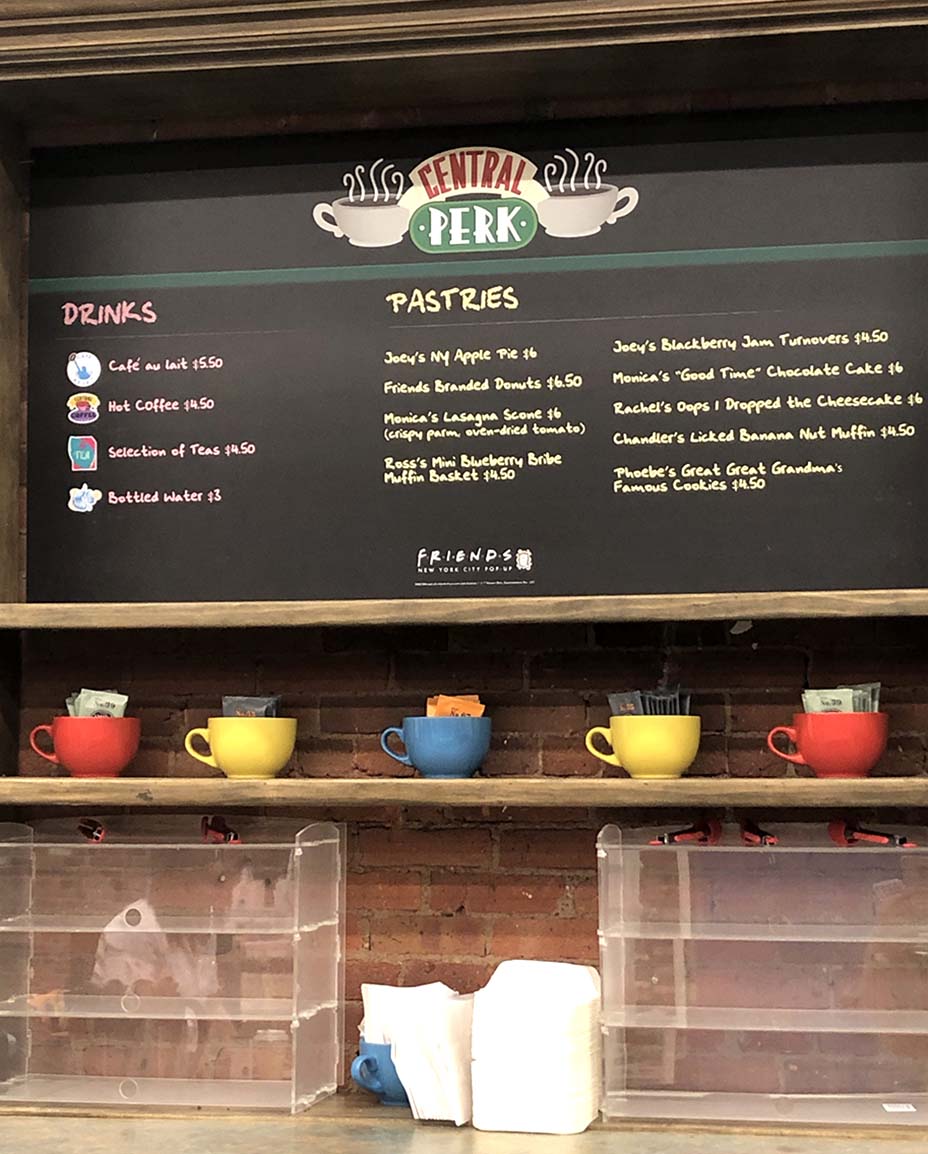 Five years ago, to celebrate Friends‘ 20th anniversary, a more intimate Central Perk pop-up also replicated the show’s famous coffeehouse set for fans. Now that the sacred sofa is back at a nearby SoHo location (at 76 Mercer St.) for the show’s biggest immersive experience to date — two familiar faces were called in for the launch.

“The last pop-up was my official retiring of Gunther,” says James Michael Tyler — who was not dressed like his coffee-pouring curmudgeon, unlike his appearance back in 2014 — when speaking to THR at the pop-up. “That was five years ago for the 20th and I thought, ‘This will probably be the last time they do a Friends thing. So, I’ll bleach my hair one last time and I’ll go and do the Gunther-y thing.’ I love that character. I have a lot of affinity for Gunther. He was a bit mysterious for 10 years and largely unexplored. Nobody even knew his last name.”

Maggie Wheeler — who appeared throughout the run as Chandler’s on-again, off-again girlfriend Janice, known for her cackling laugh and “Oh. My. Gawd” catchphrase — also spoke to THR on the Central Perk couch, which brought her back to her first-ever Friends scene with Matthew Perry.

“The role of Janice was initially for one scene — that scene in the coffee shop where she says, ‘I brought you socks. Mix and match — moose and squirrel,'” she says of the coffeehouse break-up between Janice and Chandler. “I can remember every detail about sitting in that scene with him and saying those lines and trying not to laugh when he was knocking back all those espressos. That’s why I created the laugh — that’s why Janice laughs the way she does — because Matthew was so funny. I knew that I needed a safeguard against cracking up in the middle of the scene, so that’s why I gave her a laugh.”

Neither of the recurring stars could have predicted how Netflix would continue to expand the Friends audience. But both say they recognized the lightning-in-a-bottle aspect from their first days on set.

“There was genuine camaraderie and love between the castmembers — that was not manufactured in any way,” says Wheeler. “So right away, you are in this warm environment where people really enjoy being together and that, of course, is rare and wonderful. It was also a very collaborative environment creatively; there was a lot of room for people to share ideas, work out a bit or try it a different way. Our ideas were welcome.”

Tyler adds: “A lot of other shows, when you go on set you say, ‘That person is going to be a star.’ And here it was where all of these people have that quality and this chemistry. They seemed like they had known each other for years.” 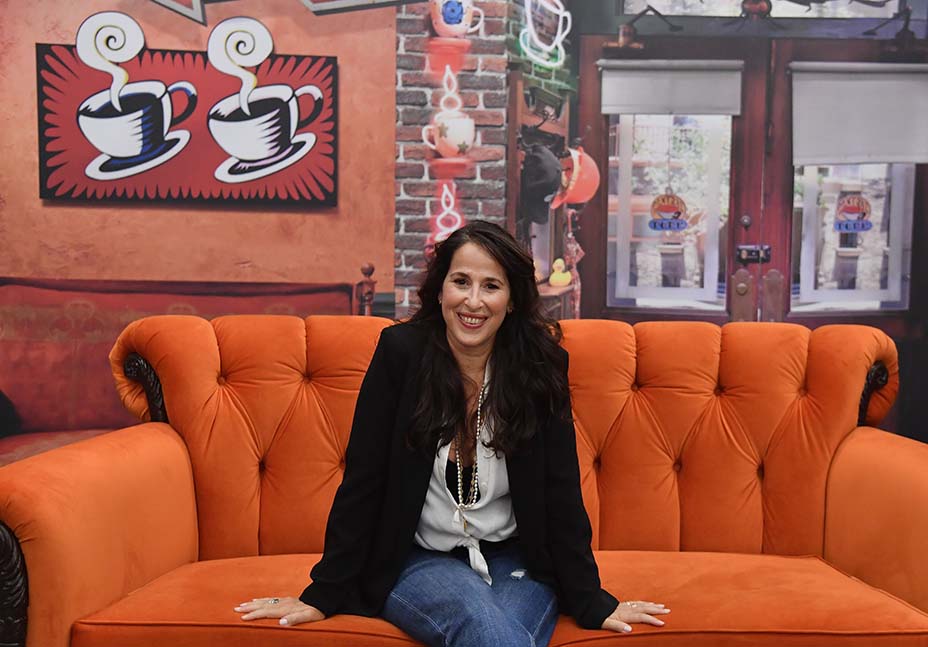 Despite leaning into Janice’s Long Island accent and “jappy” persona, Wheeler — who will next be heard voicing a character in the animated big-screen re-telling of The Addams Family — says she never worried about being typecast after Friends. Tyler, however, had a different experience.

“It’s taken a long time to get out of the typecast Gunther thing,” he says of taking a break from acting after Friends. After spending time working on writing scripts and producing music, Tyler has two projects lined up — short film The Gesture and the Word and an independent horror film, Processing. “I love acting. I have a master of fine arts in acting, which is kind of overlooked because of the whole origin story of [how I got the role of Gunther]. I just happened to be a non-working actor who worked in a real coffee shop and got this opportunity as an extra. It was just pure luck, having that bleached hair that a friend did the night before I went in. It was good luck, good timing. I don’t take any of that for granted whatsoever.”

And while both concede that a reboot of any sort seems to be off the table (though some of the cast have expressed interest), they each shared their own fan fiction of where Gunther and Janice might be today. “It ended on a really good note. It’s probably best to keep it there,” says Tyler of where the show left off. “I hope that Gunther is over Rachel. It’s been a while now. Maybe Gunther would be happily married with a couple of kids with hair brighter than the sun.”

Wheeler adds: “People ask me where Janice is now and we could pick a couple of different scenarios. But I think she has a clothing line of leopard and cheetah prints with matching bags. She’s selling it online and it’s doing very well. And I think she’s giving relationship advice, either in a blog or a podcast.” 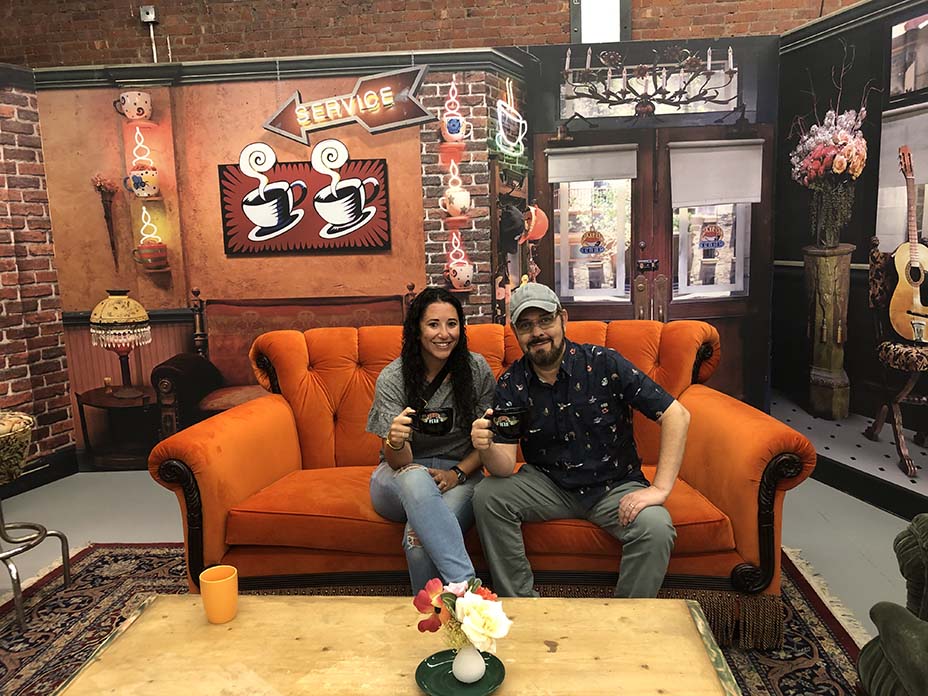 The Friends New York City Pop-Up, a collaboration between Warner Bros. and events company Superfly, opens Sept. 7 and runs through Oct. 6, with the first day dedicated exclusively to AT&T customers through the AT&T Thanks program. The experience will be open seven days a week, from 10 a.m. to 10 p.m., at 76 Mercer St. Tickets are sold out, but the email signup reads: “Like Janice you never know when we’ll be back.”